Holding onto the theme of film’s Titanic continually slaughtered during its triumphant run at the box office, it’s now time to go over a film that really tied the room together. For this month’s Out Now with Aaron and Abe commentary track, the group goes over The Big Lebowski, from the Coen Brothers. Aaron is joined by Brandon Peters, Yancy Berns, and Jim Dietz to discuss the comedy classic. Enjoy as the guys go over the careers of the Coens, Jeff Bridges, John Goodman, Julianne Moore, and more. Listen as they balancing discussing the film’s themes, comedic moments, and success versus other films the Coens had put out during their career. Be prepared to have a White Russian and enjoy this audio commentary.

So now, if you’ve got an hour to kill…
Of course, in addition to this episode, there are previous episodes to be found on the HHWLOD Podcast Network, Stitcher Radio, Soundcloud, and at Podomatic for past episodes and some exclusives.  You can also have fun participating on the official Facebook page for Out Now (“Like” it), which features weekly questions for listeners, updates from Aaron and Abe’s personal blogs, and various photos.  You can also follow us on Twitter and Tumblr.  Finally, feel free to e-mail the show at OutNowPodcast@gmail.com with any other sort of feedback. 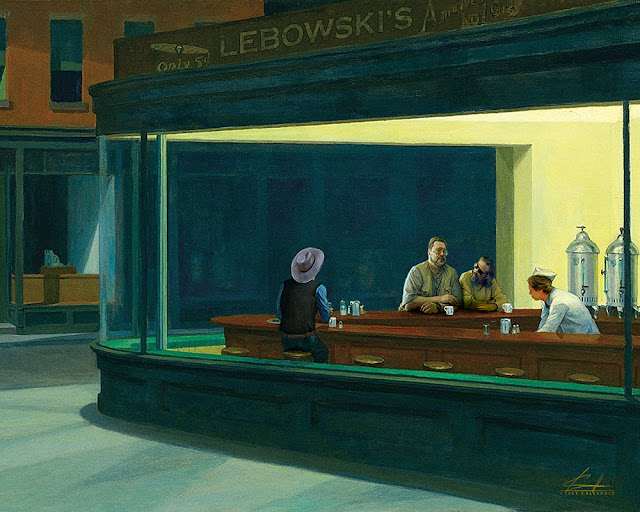