Showing posts from January, 2018
Show all

How About That Trailer? - Ant-Man And The Wasp

With Black Panther arriving in theaters in a few weeks and Avengers: Infinity War coming in a few months, it only makes sense to start seeing something from Marvel Studio's other film arriving in the Summer, Ant-Man and the Wasp. 2015's superhero heist film was a good enough hit to once again show how strong the Marvel brand is with even the more obscure characters (as far as general audiences are concerned) and smaller profile movie stars. Now we have a sequel that gets to do more, having gotten away from origin movie trappings and the burden of being a troubled production. Check it out below. 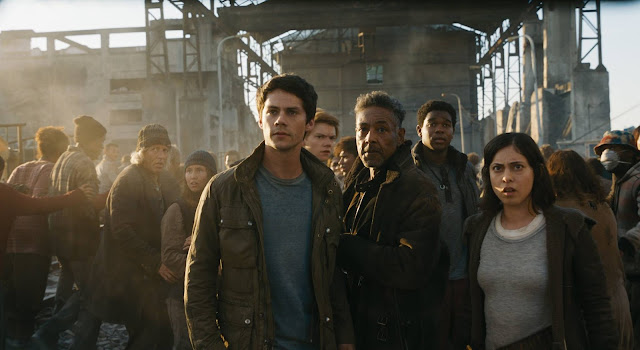 This week’s Out Now with Aaron and Abe is going back into the maze. Aaron and Abe are joined by Jimmy Oto discuss Maze Runner: The Death Cure, the final entry in the dystopian-action YA franchise. The group goes over how this series ends better than it could have, let alone gets to have an ending, unlike many of these other similar series. Among topics covered, we have a fun round of Know Everybody (5:27), some Out Now Quickies™ (11:11), Trailer Talk for The Hurricane Heist (26:57), the main review (33:42), Out Now Feedback (1:00:38), and Games (1:21:47). We then wrap things up (1:28:30) and end on some bloopers (1:38:13), following this week’s closeout song.  So now, if you’ve got an hour or so to kill…
You can also find links to the episode at AudioBoom.  Subscribe via iTunes HERE
By Aaron Neuwirth
Post a Comment
Reactions:
Read more

In addition to what I hope would be increased interest in the films now nominated for Academy Awards, Hostiles goes into wide release. I was sick when it first came out, but now have a full review posted. Maze Runner: The Death Cure is now out as well and it brings this action series to a fitting close. A few new releases for home are also out with reviews to go with them. We have a couple great new podcasts ready to be listened to and enjoyed. Lastly, I have a full post covering the Oscar nominations, complete with thoughts on all the categories. Enjoy!
In Theaters Now:
Hostiles - http://whysoblu.com/hostiles-us-movie-review/ (Brutal western with an uneven story)
Maze Runner: The Death Cure - https://weliveentertainment.com/welivefilm/review-death-cure-fitting-exit-maze/ (A strong end to a decent series)
12 Strong - https://weliveentertainment.com/welivefilm/review-hemsworths-horse-12-strong/ (A war film that's a bit smarter than average)
Phantom Thread - https://weliveentertainment.com/…
By Aaron Neuwirth
Post a Comment
Reactions:
Read more 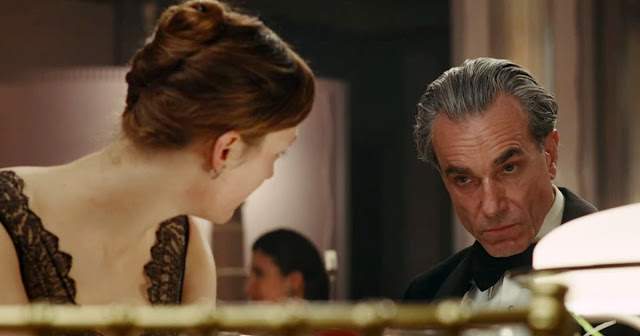 This week’s Out Now with Aaron and Abe is here to show you what’s truly chic. Aaron and Abe are joined Mark Hobin and Todd Gilchrist to discuss Paul Thomas Anderson’sPhantom Thread. Featuring a fine review and plenty of fun concerning other movie chatter, the group does what they can to make the House of Woodcock proud. Among topics covered, we have a fun round of Know Everybody (5:00), some Out Now Quickies™ (17:20), Trailer Talk for Annihilation (30:12), the main review (37:10), Out Now Feedback (1:21:00), and Games (1:48:25). We then wrap things up (1:56:16) and end on some bloopers (2:11:29), following this week’s closeout song.  So now, if you’ve got an hour or so to kill…
You can also find links to the episode at AudioBoom.  Subscribe via iTunes HERE
By Aaron Neuwirth
Post a Comment
Reactions:
Read more 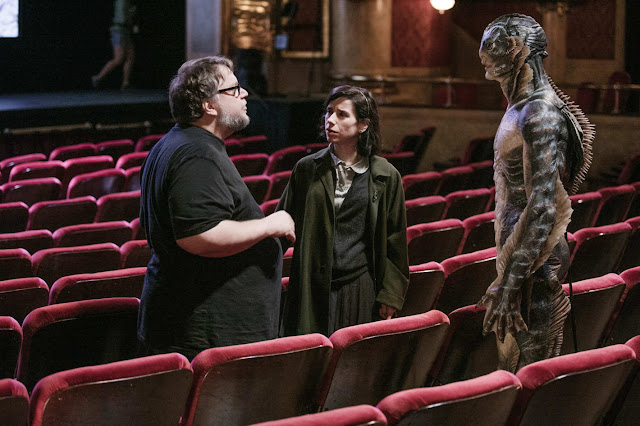 This morning featured the reveal of the nominations for the 90th Academy Awards. This list features a lot of favorites, many predictable noms, and a few and surprises. As always, while Oscars are unquestionably a considerable achievement, they do not suddenly take away the thoughts that you or anyone had on individual films. Not seeing a movie mentioned does not mean you were wrong or that they were right in the varying amounts or praise, things just happen the way they do. There are always a good number of films I wish would see more recognition, both in a realistic and hopeful sense, but things happen the way they do, and it's ultimately just fun to play along. So I'm happy to share some thoughts on this list of nominations. Of course, the ceremony itself won't take place until March 4th, where the winners will be determined but in the meantime, I'm sure much debating will take place.
By Aaron Neuwirth
Post a Comment
Reactions:
Read more 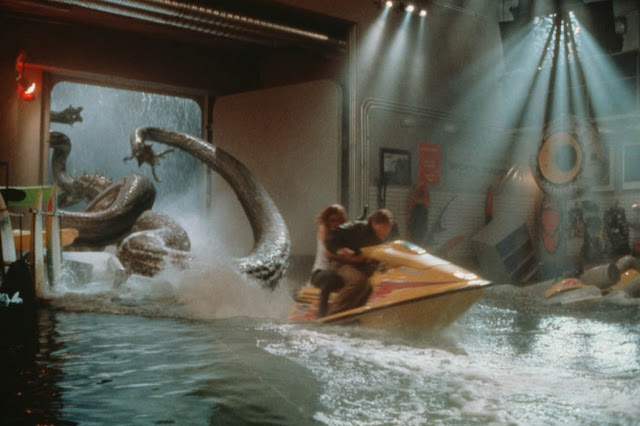 Early 1998 saw the continued dominance of Titanic at the box office, and many films get crushed in its wake. This included such gems as Hard Rain and Phantoms. For this month’s Out Now with Aaron and Abe commentary track, the group goes over a film that combines the strengths of all three films mentioned above. Aaron is joined by Brandon Peters and Jim Dietz to discuss the cruise ship monster movie Deep Rising from director Stephen Sommers. Enjoy as the guys go over the careers of Sommers and Treat Williams, the balancing act of cheesy effects and a strong cast of character actors who would go on to better things, and the joy that comes from so much volumetric lighting. Be prepared to go full scream ahead with this audio commentary, because it’s an absolute blast.
So now, if you’ve got an hour to kill…
By Aaron Neuwirth
Post a Comment
Reactions:
Read more 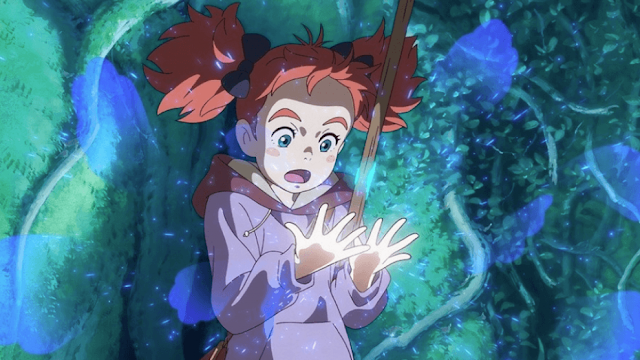 Two action-heavy flicks came out this week, but I have not yet seen either 12 Strong or Den of Thieves. However, I did see the anime Mary and the Witch's Flower and it is delightful. I also caught up withThe Commuter, which I now have a review for as well. Plus, some previous films continue to spread to more theaters. A few notable home releases are also out this week, so check out those reviews. The year-end lists are still present as well. Finally, listen in to the very fun podcast covering The Post and more this week. Enjoy!
In Theaters Now:
Mary and the Witch's Flower - http://whysoblu.com/mary-witchs-flower-movie-review/ (A magical anime adventure)
The Commuter - https://weliveentertainment.com/welivefilm/review-commuter-puts-liam-neeson-dark-territory-aboard-terror-train/ (Liam Neeson does his action-thriller thing)
Phantom Thread - https://weliveentertainment.com/welivefilm/phantom-thread-carefully-tailored-cinema-movie-review/ (Spreading wider release and a solid drama)
I, Ton…
By Aaron Neuwirth
Post a Comment
Reactions:
Read more 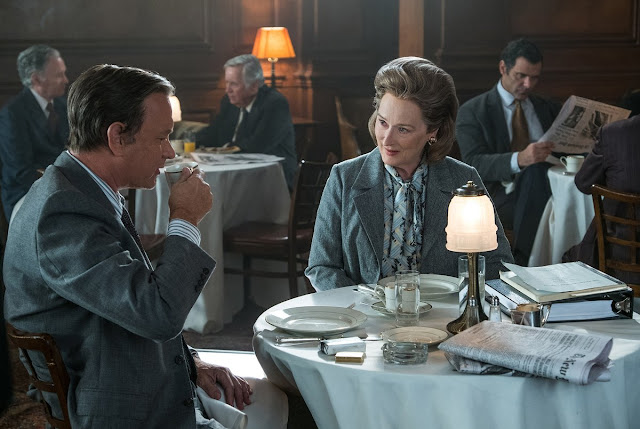 This week’s Out Now with Aaron and Abe is running a big story. Aaron and Abe are joined by Alan Aguilera and the lovely Ana Bosch to discuss The Post. But that’s not all! Another extra special guest joins in to talk The Commuter and there is some bonus conversation about I, Tonya to go with this packed, tangent-heavy episode. Among topics covered, we have a fun round of Know Everybody (9:50), some Out Now Quickies™ for The Commuter (16:48) and I, Tonya (36:11), Trailer Talk for The 15:17 To Paris (47:20), the main review (56:00), Out Now Feedback (1:30:23), and Games (1:41:44). We then wrap things up (1:48:35) and end on some bloopers (2:02:30), following this week’s closeout song.  So now, if you’ve got an hour or so to kill…
You can also find links to the episode at AudioBoom.  Subscribe via iTunes HERE
By Aaron Neuwirth
Post a Comment
Reactions:
Read more 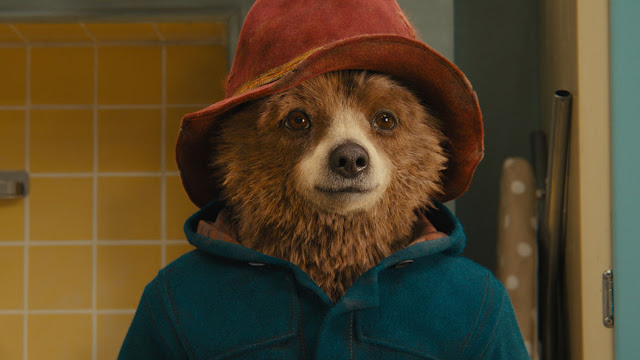 Good news! Paddington 2 is currently the best film of 2018. That could change but the film is honestly so good I look forward to seeing the film that is actually better. So that review is there and while I haven't, as of yet, seen The Commuter (I will this weekend) or Proud Mary(no screenings, but it looks fun), I can say films from Steven Spielberg and Paul Thomas Anderson are now in wider release and that's great for everybody. Also in this post - reviews for new home releases and all of my year-end lists. Lastly, our great Top Ten podcast episode is here for your listening pleasure as well. Enjoy!
In Theaters Now:
Paddington 2 - http://whysoblu.com/paddington-wanted-movie-review/ (Absolutely terrific)
The Post - http://whysoblu.com/the-post-movie-review/ (Now in wide release, another great Spielberg film)
Phantom Thread - https://weliveentertainment.com/welivefilm/phantom-thread-carefully-tailored-cinema-movie-review/ (Now in wider release and a solid drama)
I, Tonya - https://weli…
By Aaron Neuwirth
Post a Comment
Reactions:
Read more 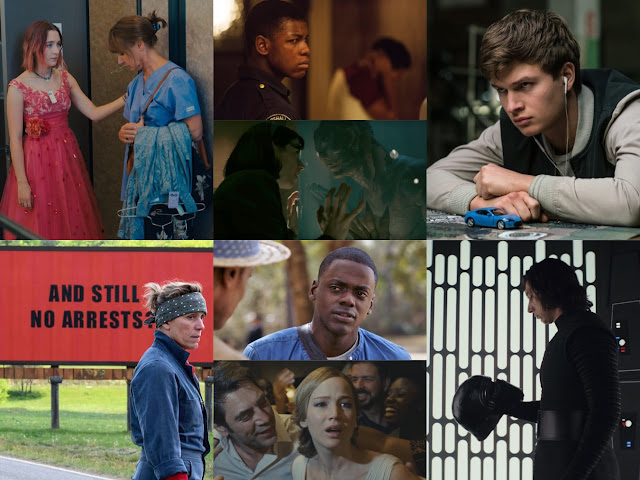 This week’s Out Now with Aaron and Abe ends 2017 properly by going over the best it had to offer at the movies. Aaron and Abe are joined by Brandon Peters and Zaki Hasan to go through everyone’s Top Ten Films of 2017. By everyone, that means the group also delves into the various lists of friends of the show, guests, and listeners, as well as their own.There’s also discussion of how these lists were assembled, runner-ups, what to look forward to in 2018, and more. Among topics covered, we have a fun round of Know Everybody (3:48), the Top Ten (12:50), runner-ups (2:14:48), and a look at what’s coming soon (2:17:10). We then wrap things up (2:22:27) and end on some bloopers (2:32:48), following this week's closeout song.  So now, if you’ve got an hour or so to kill…
You can also find links to the episode at AudioBoom.  Subscribe via iTunes HERE
By Aaron Neuwirth
Post a Comment
Reactions:
Read more

It's business, as usual, this week, as the first week of the year gives us a new horror movie, while the award contenders continue to spread to more theaters. This year it's Insidious: The Last Key, which is not horrible, but still a bit of a miss. Meanwhile, Aaron Sorkin's Molly's Game opens into its widest release. Additionally, I have lots of lists, now including my most anticipated films of the year. There were also several new home releases, including The Breakfast Club from The Criterion Collection. Lastly, we had a new podcast last week, so feel free to listen in on that as well. Enjoy!
Most Anticipated Films of  2018 - http://whysoblu.com/aarons-anticipated-films-2018-month-month-look/
Top Ten Films of the Year - http://www.thecodeiszeek.com/2018/01/2017-year-end-recap-top-ten-films-of.html
In Theaters Now:
Insidious: The Last Key - https://weliveentertainment.com/welivefilm/review-not-much-unlock-insidious-last-key/
Molly's Game - https://weliveentertainment.co…
By Aaron Neuwirth
Post a Comment
Reactions:
Read more

Here is my final list of the Top Ten films for 2017, which can also be found in a slightly altered format over at Why So Blu (it features tons of Easter Eggs). This was a lot of work, but plenty of fun as I was able to write up a few great posts that led to this final list of excellent films from 2017. I hope everyone reads about what I have laid out here and hopefully seeks out a number of these films and more for themselves, as there is plenty to discover, in addition to the films many may have already seen. Read through this list and, of course, go back and check out the others. Feel free to comment and most of all - Enjoy! (Review links in each summary)