Out Now with Aaron and Abe: Bonus Holiday Episode – The TV of 2011 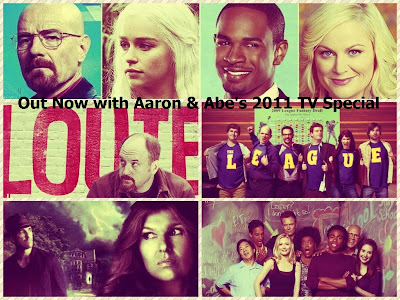 Once again, Out Now with Aaron and Abe is delivering another bonus episode.  With everyone so busy, yet apparently filled with ideas for episodes, the thought of doing an episode based around the TV shows of 2011 came up.  With Abe sitting this one out, Aaron joins up with guest writer/reporter Jonathan Van Dyke to go over a large batch of notable television series, which were on during the year.  The episode is divided into topics including new shows, shows that got better, shows that got worse, cancelled shows memorial, and best/favorite shows.  It is an incredibly packed episode, which doesn’t even cover all of what Aaron and Jon wanted to talk about.  Still, they guys give it their best shot and talk about a lot of quality TV programs.
So now, if you’ve got an hour to kill…
You can also find links to the episode at HHWLOD HERE or at Podomatic HERE

Of course, in addition to this episode, there are many more episodes to be found on iTunes, as well as on the hosted site, The HHWLOD Podcast Network, and still at outnow.podomatic.com for mainly the newest episodes and some exclusives.  One can also learn more at the official Facebook page for Out Now, facebook.com/outnowpodcast (“like” it), which features updates from Aaron and Abe’s personal blogs, other random posts, and some photo albums.  Finally, feel free to e-mail the show at outnowpodcast@gmail.com with any sort of feedback or add an iTunes rating/review.
Show Notes:
Some of the shows we talked about:
Next Week:  Out Now With Aaron & Abe’s Legendary Top 10 of 2011 Episode 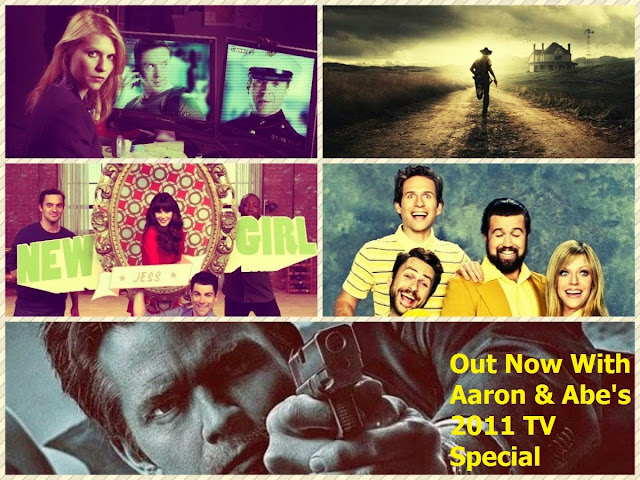