‘Unbroken’ Is An Epic Story In A Decent Film (Movie Review) 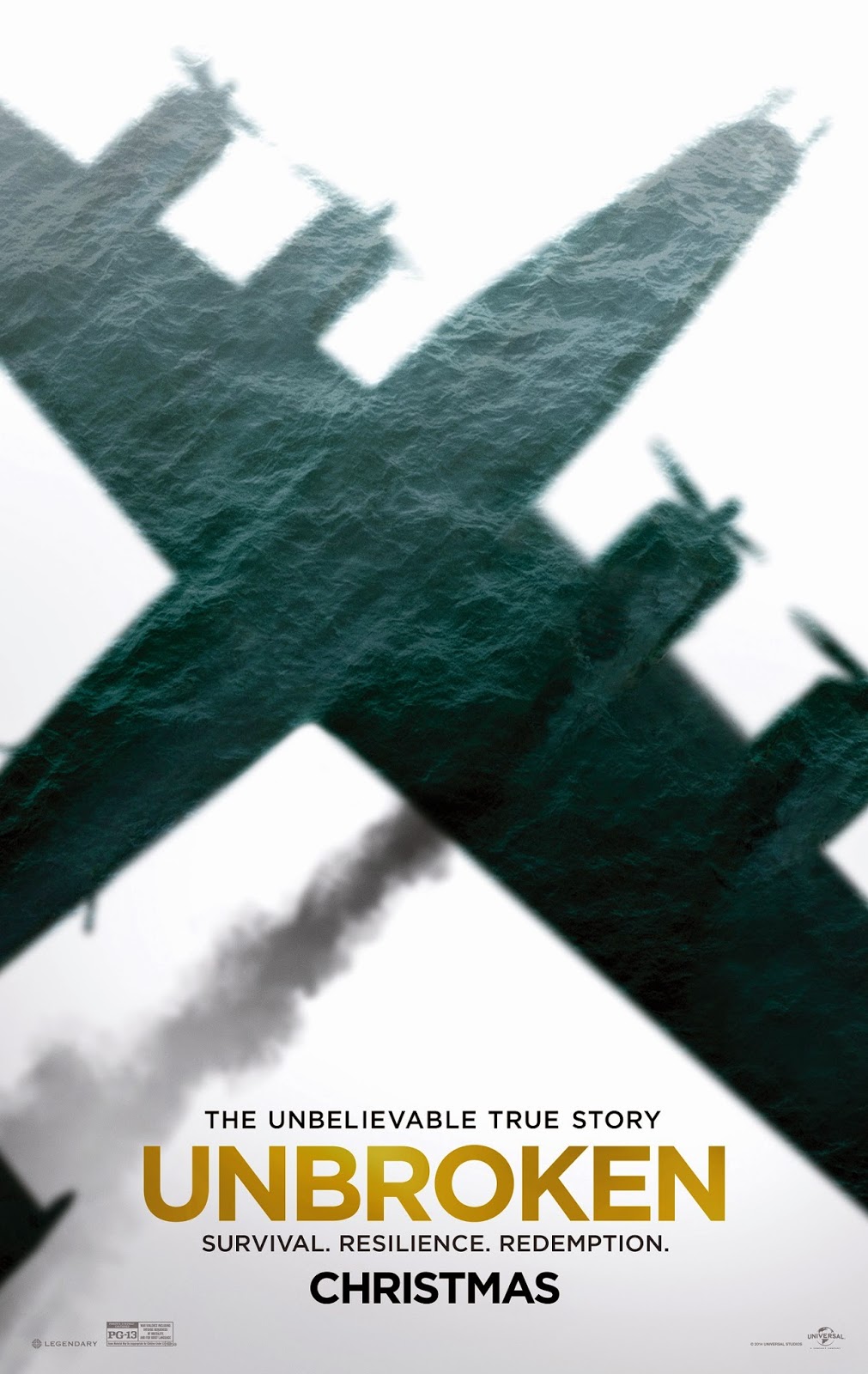 On the surface, Unbroken has everything needed to not only be a surefire hit for audiences and critics of a certain generation, but also one that could seemingly have awards just handed over to it.  This is a film adaptation of a best-selling and well-reviewed novel based around the true story of a former Olympic athlete, who went to war, survived a plane crash, spent time lost at sea, and then lived a tortured life in a prisoner of war camp, only to prove how strong the human spirit can be.  This film is directed by a major Hollywood player, who happens to be female, and was co-scripted by the two of the most celebrated filmmakers working today.  What is not to like about that?  Certainly not a lot, as Unbroken is a good film, with its heart in the right place and plenty of other positive elements going for it.  With that in mind, the film does have an issue with finding a way to connect in a stronger sense, given what we are seeing.  Unbroken misunderstands that seeing so much happen to someone is not the same as really getting us to understand how much some of these things may matter.

I have already laid out the basics of what one should expect with this film, as it revolves around Louie Zamperini (Jack O’Connell) and his struggles to survive a very torturous few years at war.  What surprised me is where this film leaves us by its end.  Knowing a lot about Zamperini’s life, it seems like there is more of an interesting film held within what comes after certain events.  I am not saying that Unbroken 2: Fixer-Upper needs to happen, but the film we do see, while certainly intense at times and well-performed for the most part, does hit a lot of areas that we have seen a lot in films before and adds little to it.  As I should only be speaking of the film I saw and not what I may have wanted, this means explaining how I can only give so much credit to seeing a film about a guy that suffered a lot, but got through it based on his courage and what could only be described as luck in some places.

This is why seeing all of Zamperini’s story turned into a film could have played better.  One could truncate the stuff we see in this 137-minute film into a first half of one movie and move on into more interesting territory with the second.  Instead, we basically get a vignette-style film, which shows the different hardships Zamperini endured, with some flashbacks early on to his time as a civilian.  The film is not without merits in its presentation, as director Angelina Jolie may not be working with the most challenging of material, but certainly seems confident in making a film that could easily be compared to other old-school war films.  The film is gorgeous to look at, because with Roger Deakins as its cinematographer, there is no reason for it not to.  Jack O’Connell turns in a very strong performance, even if is mostly focused on portraying physical anguish without much else to really flesh out the role (see 2014’s Starred Up to really see what O’Connell is capable of in a prison-based drama).  The other performances, made up of a largely unknown cast are all quite solid as well, with some notable praise going towards Takamasa Ishihara as Mutsuhiro “The Bird” Watanabe, who would serve as Zamperini’s main opponent.

There are lots of aspects of this film I could go on to praise as well, especially in regards to the first half, which features two intense plane crashes, an opening action scene that is a highlight of the film, and a whole segment devoted to men lost at sea.  Yes, this is an intense film and the suffering and sense of survival is portrayed admirably, but not much else comes with it.  Even with a script handled by Richard LaGravenese, William Nicholson, and most notably Joel and Ethan Coen, everything is presented in a fairly straight-forward manner.  When the film wants to get intense, it certainly does and there is a chaotic feel to the craziness of some of the events that occur, especially in that first half.  However, when the film slows down and just wants to settle on the characters, sure, I am inclined to stand behind the men who have been suffering and are treated poorly, but there really is not much to be interested in, beyond the idea of following the journey of one man, among many men, who have been going through harsh experiences in war.  It is a shame, because any chance to subvert the standard elements of this sort of war-themed biopic has been pushed aside in favor of showing hardships and eventual triumph in spirit.

It is a mixed bag for sure and while Unbroken may have had the chance to accomplish more overall, I still do concede that a good film is here.  Again, the acting is, for the most part, strong; the production values, visuals, and other filmmaking-related elements are all quite worthwhile, especially given the relatively low-budget of this feature.  Even the pacing of this harrowing, character-based journey was handled appropriately enough for me to not feel as though I have spent way too much time dealing with these individuals.  Unbroken has all the makings of a traditional, Oscar-worthy, end-of-year, audience pleaser, it just may be lost in time, given how more interesting films surround what could be good material for a film from earlier decades.  Whatever the case may be, I enjoyed what I saw, even if what I saw was not all that stellar and just ‘good’ instead.

Louie Zamperini:  My brother used to say that I can do anything.