‘The Book Of Life’ Is Full Of Life (Movie Review) 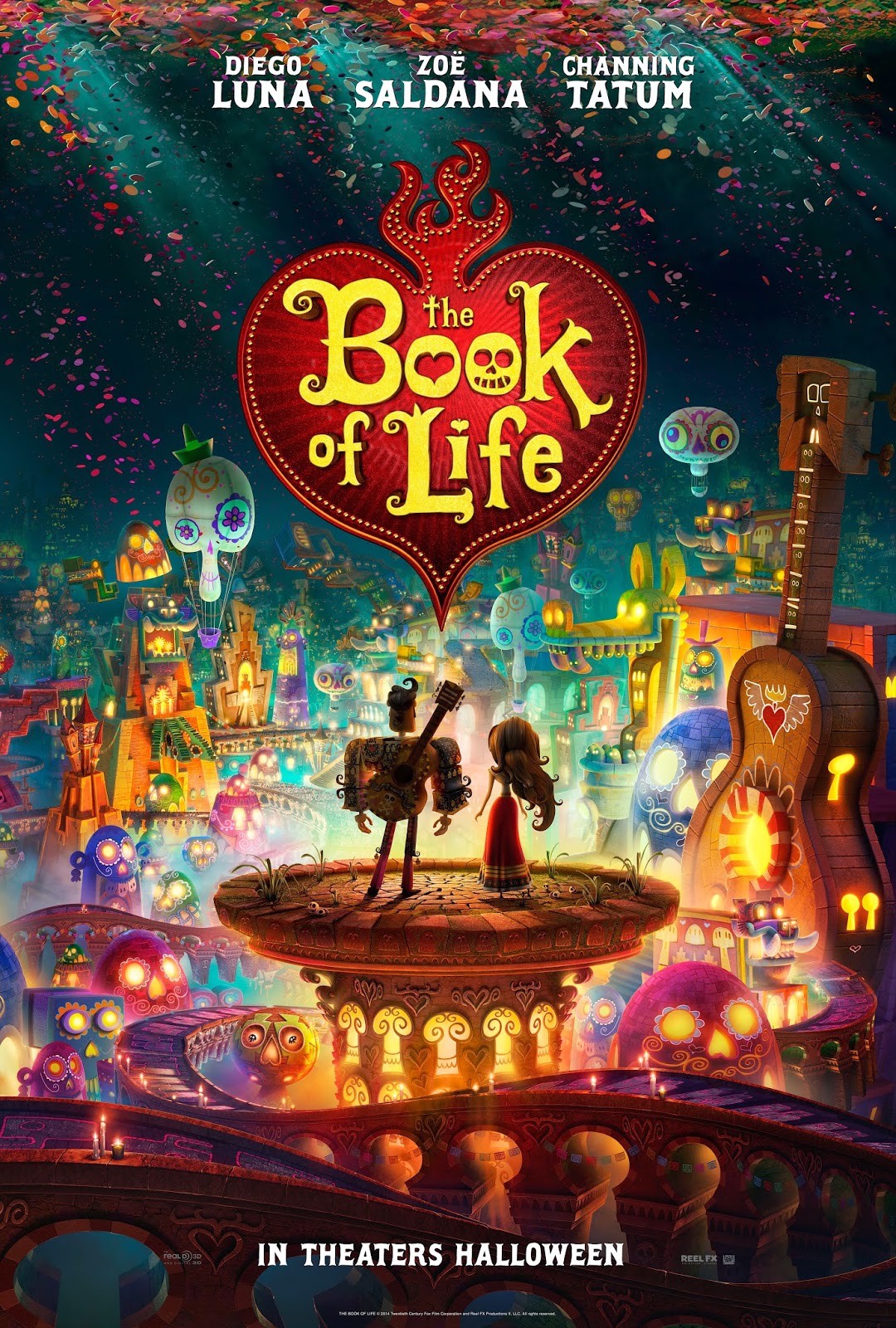 Candle Maker:  Today was a good day…of the dead.

The Nightmare Before Christmas has become a widely loved kids film, when it comes to celebrating Halloween.  If things go the way they should, The Book of Life is in a nice position to become the film that represents Dia de los Muertos for kids, let alone brings it further into mainstream prominence.  Director Jorge Guiterrez and his team, including producer Guillermo del Toro, have created a stylish, animated, adventure-romance, which is full of life.  It is a bit odd to point that last part out, given that the film celebrates the Day of the Dead, but then again, there is a lot of odd charm in this film that may be overstuffed with ideas, but is so lighthearted and fun, it is easy to look over some minor flaws, when it comes down to supporting a nice little animated film such as this.

After some initial setup, basically establishing the main story as one being read out of a book, we enter the world of this film, which is set in 1920s Mexico.  The narrative is driven by a love triangle consisting of three childhood friends.  Upon growing up, we have Diego Luna as Manolo, a lover who is still dealing with his position as the next great bull fighter in his family; Zoe Saldana as Maria, the daughter of the town general, who is her own independent woman; and Channing Tatum as Joaquin, the strong soldier who also hopes to win Maria’s heart.  An outside wager by two spirits leads to interesting turns in an attempt to see who Maria will end up marrying.  This leads to the journey between worlds and all the excitement that comes with it.

I was pleased the most by The Book of Life’s charm.  This is a film that looks decidedly different from standard animated fair, but has so much imagination on display, matched with a sense of humor that does not let up.  We see all the characters portrayed as wooden figures, which is certainly unusual, but unique in a way that is only a pre-cursor to the visual wonder that comes later.  Then you have the humor.  I have often been rubbed the wrong way by the more recent trend of animated films to rely on pop culture as a source of humor, mostly because of how time specific those jokes tend to be, which does not bode well for the future, but The Book of Life works in some clever riffs, without relying on it too much get laughs.  Instead, a mostly Hispanic/Latino voice cast is paired with a neat story that is a romantic comedy at its core, but also blends in some swashbuckling and the supernatural for good measure.

Saying more about the actual story would be unfair, as there are a couple reveals that prove to be quite interesting thematically and from a visual standpoint, but I will note how caught up I was in the story surrounding the three key characters.  Sure, The Book of Life is not opening many new doors in terms of storytelling, but I was a fan of this film not going to the lengths of really vilifying either of the two male leads to make the choice easier for Maria.  That said, I also enjoyed the film’s ability to portray Maria as a woman who thinks.  In fact, I could almost knock the film for going so far to make sure we understand that Maria is her own woman, but regardless, this is a film that treats its characters fairly.  Manolo and Joaquin are both good guys for different reasons, with lessons they both have to learn.  Maria is essentially the ‘perfect girl’ who is only the source of romantic entanglement, because the movie needs some sort of drive, but she is not dislikable, nor is the rest of this cast.

Supporting voice work comes from Kate del Castillo, Ron Perlman, Cheech Marin, Hector Elizondo, Ice Cube, Ana de la Reguera, and Danny Trejo, among many others, and the film is a lot of fun for having these people involved.  Ron Perlman and Kate del Castillo, in particular, serve as the reason this story goes in certain directions and get plenty of effective material to work with, let alone neat character designs, given who they voice in this film, the spirits of La Muerte and Xibalba.

Making mention of those characters, let alone the Day of the Dead, is also something fun about this film, as it is steeped in Mexican culture.  While some of the jokes may be obvious, the work that went into creating a unique animated feature that pushes forward a lot of information about something like the Day of the Dead, while maintaining a family-friendly level of charm works quite well.  The Book of Life if vibrant and colorful, much like the holiday it deals with, but also geared to dive into the culture as much as it deems fit.

Additionally, the film is not above going to some dark places.  Not that I see this film as being very scary for younger audiences, given the character designs and attempts to keep the film moving, but the story leads to some significant turns that you do not always get to in animated features.  It calls back to a desire of filmmakers to have these supposed ‘kid’ films play up a certain level of maturity that they surely believe kids will respond too, rather than keeping everything so safe all the time.  The only real issue here is how The Book of Life does seem to want to rush through so many of these ideas.

The impact of certain character actions is slightly diminished due to a desire to keep everything moving.  That in mind, the film manages to stay away from wearing out its welcome, which is fine overall, and I suppose I do not need a film like this, which is so much fun, to really stop and reflect on the downer moments.  The Book of Life is full of good messages (almost too many), a fun sense of humor, a neat voice cast, an enjoyable soundtrack, and a storyline that is both simple in structure and complex, given the various layers involved.  What matters most is that it works.  I had a lot of fun with this film, while also enjoying how delightfully different it felt, be it the animation or cultural flavor applied.

Joaquin: Why don’t you pick on someone your own size!
Pancho: Because no one’s that big, man! 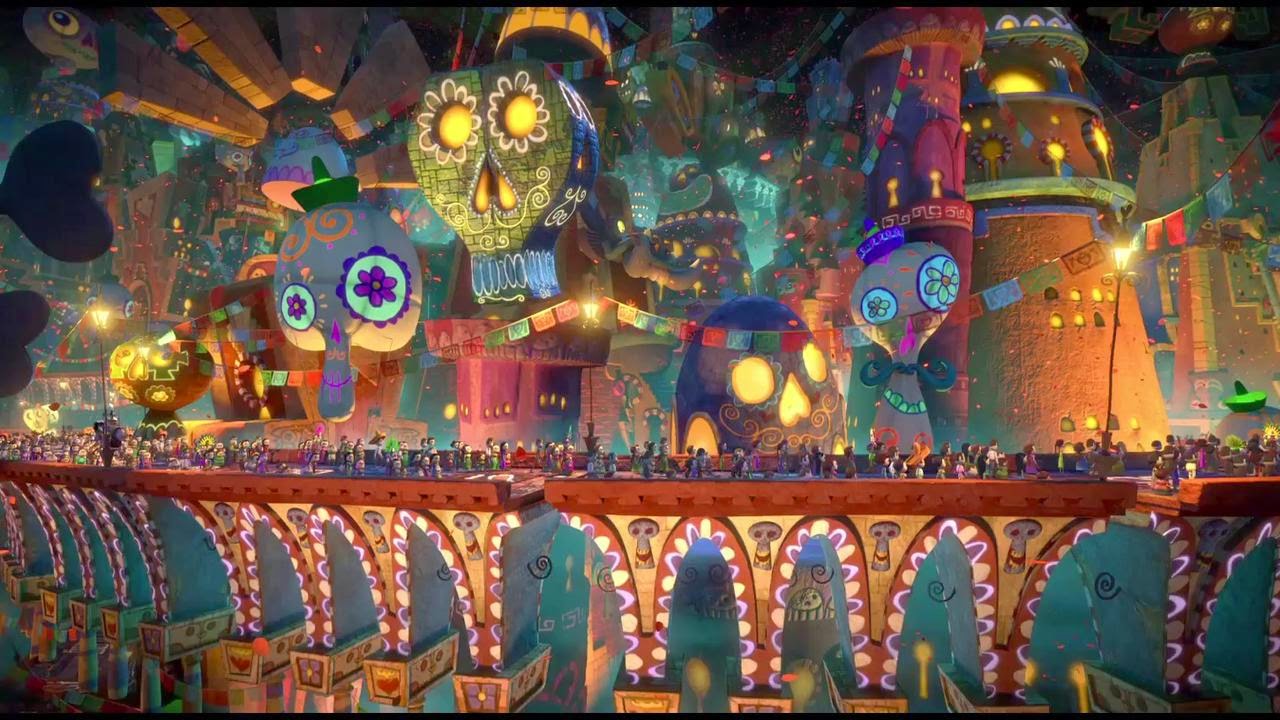 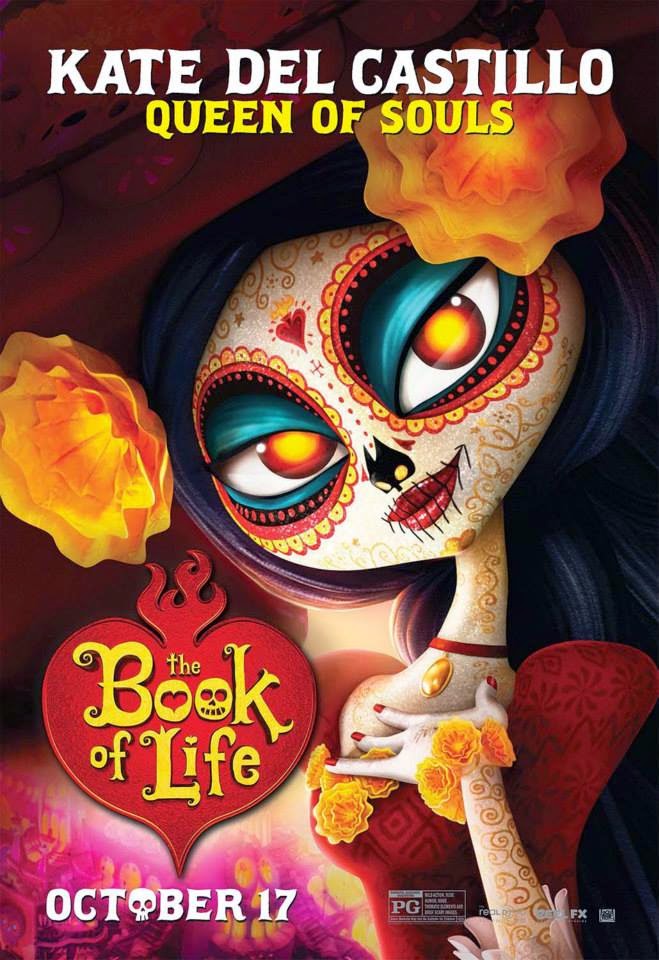