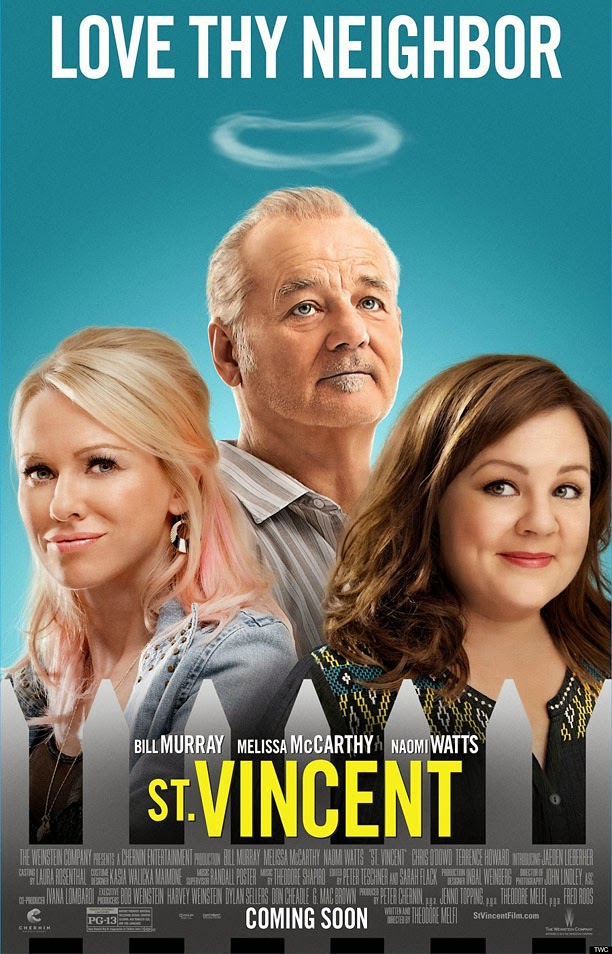 Vincent:  I’m showing him how the world works.

At its best, St. Vincent is a solid comedy-drama that features Bill Murray working at the best of his abilities as an actor to convey the sadness behind the guise of a smartass who has had a rough decline in later life.  When the film does not work as well, it is because writer/director Theodore Melfi relies on a proven formula to do the work for him, despite the tonal balance one must carefully work with in order to succeed.  Even with the problems in mind though, St. Vincent succeeds overall thanks to the casting of Murray and the nice level of chemistry he has with the cast around him, even if they are all on the path of a paint-by-numbers plot. 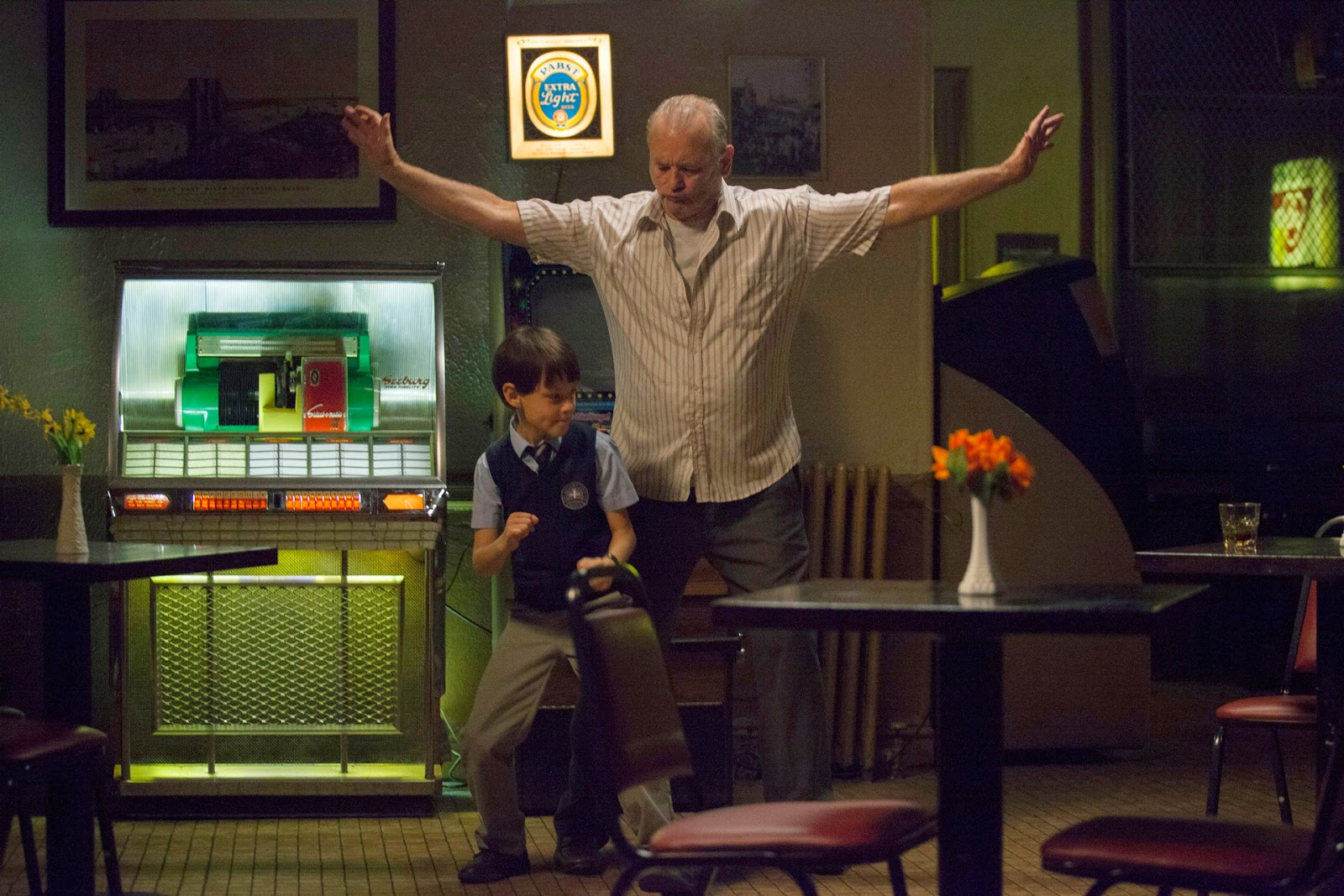 Murray stars as Vincent, a gambling drunk with debts to be paid.  Obviously it means this man is hilarious to be around.  Okay, not so much, but he has an approach to humor that is classic Bill Murray, as he is able to both piss off the people around him, but occasionally find ways to seem charming enough for the cranky misanthrope that he is.  New next-door neighbors propel this story forward.  Melissa McCarthy is Maggie, a single mother who needs someone to look after her 12-year-old son, Oliver (Jaden Lieberher), after school.  This agreement is more of a begrudging acceptance, based on Vincent’s need for quick cash, but he soon finds himself mentoring young Oliver in inappropriate, but weirdly fitting ways, while Vincent’s own troubles soon find themselves breathing down his neck.

There are more little subplots involving other supporting characters that play roles in Vincent’s life.  One is Naomi Watts as a pregnant stripper who is strangely attached to Vincent; likely due to the fact that he likes her, even with the belly.  Watts has the broadest role in this film and she really goes all the way to look like a pregnant, stripping Russian immigrant living in Long Island, NY, but she also does get some of the bigger laughs in the film.  Terrence Howard shows up to represent my least favorite aspect of this film.  He plays Zucko, a debt collector, which this film brings up when it needs to for the sake of shaking up the story, but really just continues my distaste for mob-related subplots in comedy-dramas about family (see: Delivery Man).  There is one more subplot though and it involves visits that Vincent makes to an elderly care facility.  It can seem easy to use something like this to elicit sympathy, but the way Melfi handles these scenes are done with the type of care that make you look past the use of convention to strengthen a character. 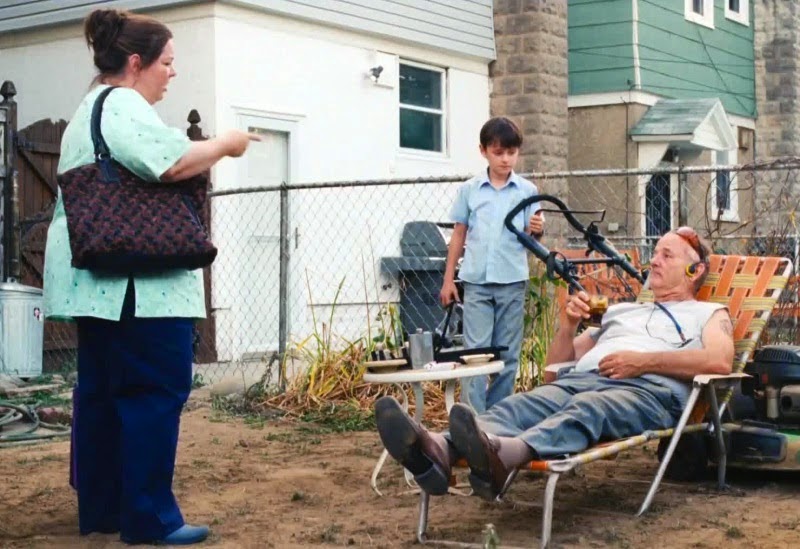 That is really why I am happy to recommend this film: the strength of Murray’s character, let alone most of the supporting cast.  St. Vincent does dip into drama and it allows these actors to show other sides of themselves, which includes watching them get all teary-eyed, but it is effective.  McCarthy, whose last few films I have had issues with, delivers on the type of performance I know she can deliver and has even done so in a film like Tammy already, but without having it buried under humor I just do not seem to care for.  Jaeden Lieberher is a new to the film world, but he has a sort of charm that keeps him from being annoyingly precocious and finds a nice approach to match what Murray is bringing.  I could even mention the nice work supplied by Chris O’Dowd, who plays caring Oliver’s teacher; as it is a thankless role that only needs a certain level of confidence and it is met quite well by an actor I really like seeing in things.

It really all comes back to Bill Murray though.  Over the years Murray has certainly gone into this sort of territory, with results that were met with varying amounts of acclaim.  Most notably, his work with Wes Anderson has basically led to people getting a quirky Murray fix every couple of years, which is always quite satisfying.  This film has Murray leading the pack and digging into darker places that we have not really seen as of late.  He may have to use a thick accent that is bound to rub some the wrong way, but his commitment is clearly present.  Melfi may not be above using some manipulative elements to further stress how we should feel about Vincent, but it is still Murray that does a great job of playing this role. St. Vincent is not a film offering much of a new approach to this sort of comedy-drama, but it is entertaining, often funny when it tries to be, and effective enough in its dramatic moments.  The story is nothing out of the ordinary, but it makes good use of a traditional indie movie formula for the sake of letting us see these actors do a good job.  At the core though, Bill Murray provides the reason to watch this movie, which is always a nice thing to say and it helps that he is the main character in this film, so you will see a lot of him.

Vincent:  Relax, you’re not gonna get it right. 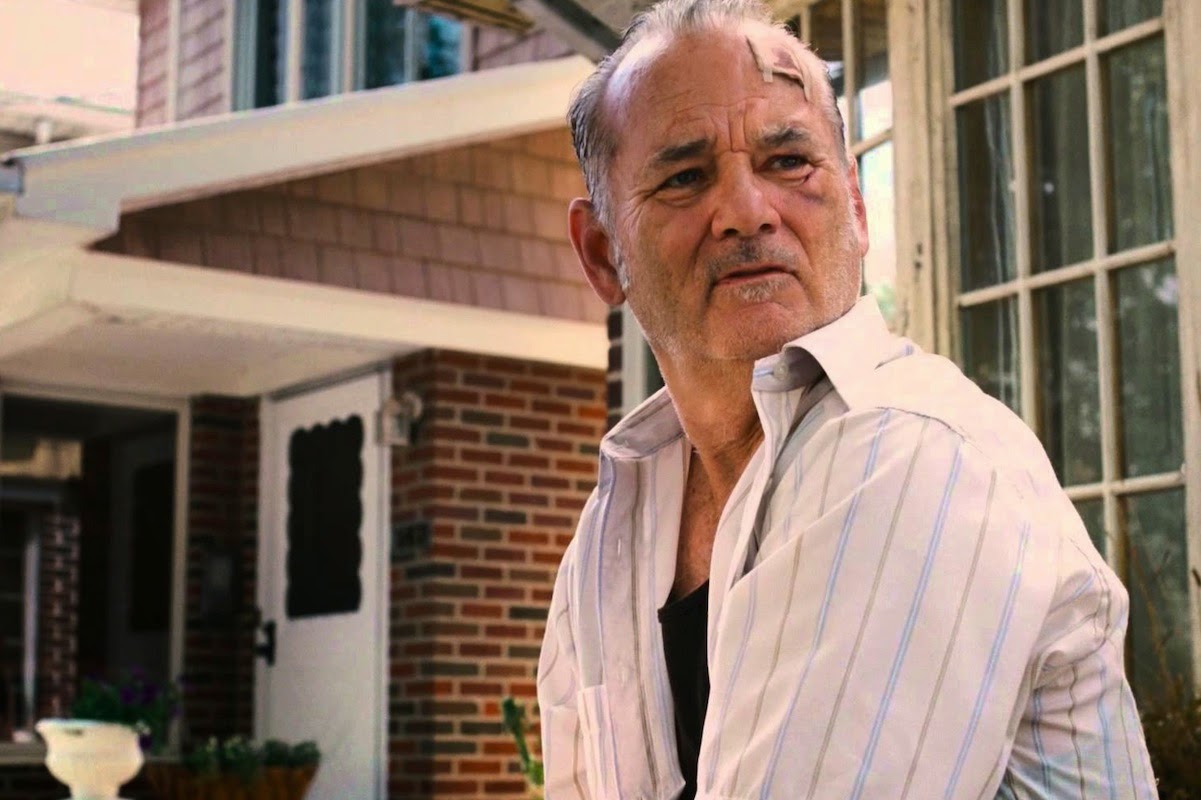 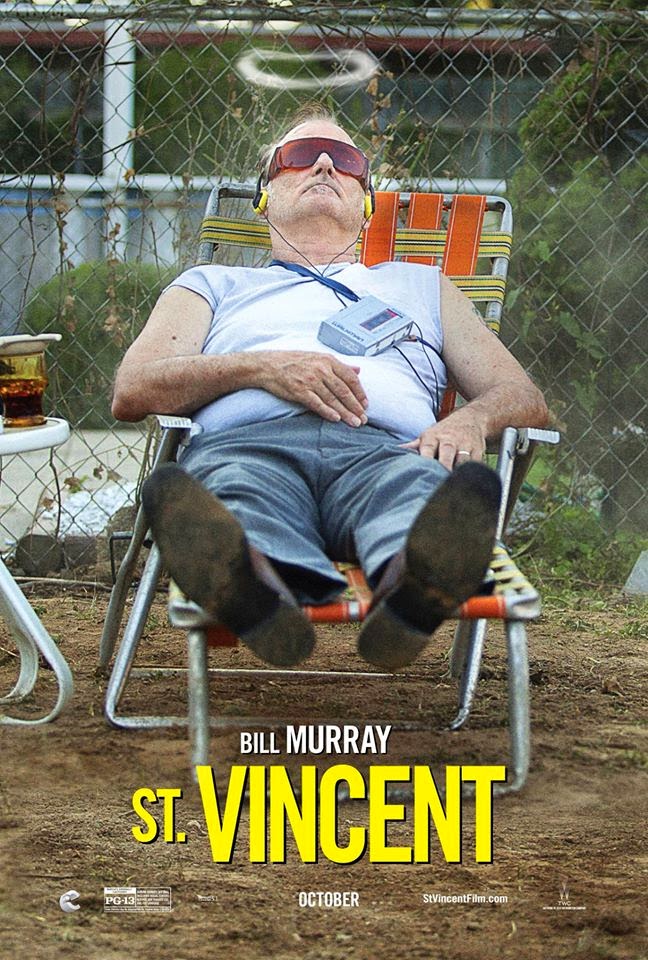