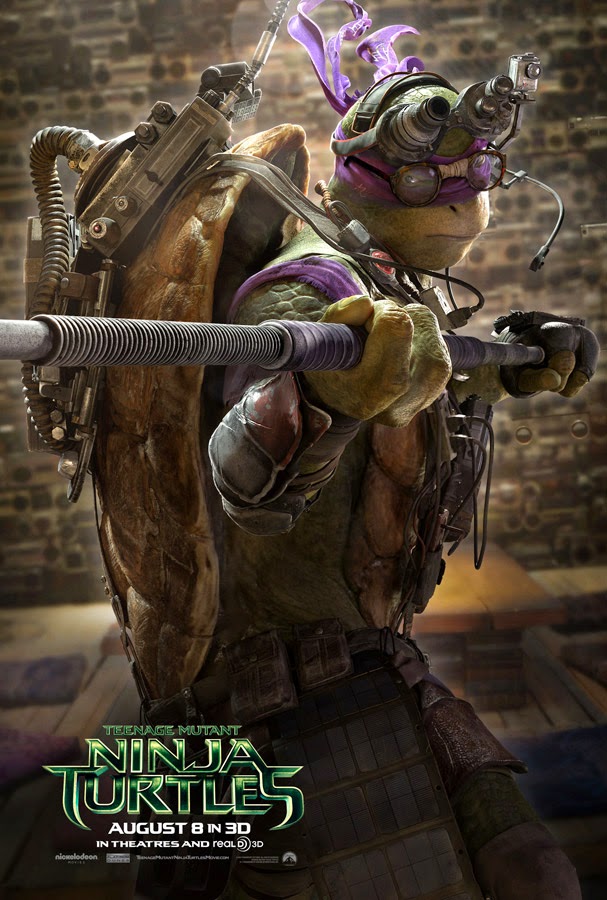 April O’Neil:  So, you’re…Ninja Mutant Turtle Teenagers?
Donatello:  When you put it like that, it sounds ridiculous.

There is a scene where Teenage Mutant Ninja Turtles (TMNT) seemed to reveal its true colors.  It features William Fichtner’s villainous character dressed in all black, sporting an Under Armour top, and looking about as close as he can to producer Michael Bay, while explaining his nefarious plot that felt like a metaphor for blockbuster superhero movies.  While standing in a very glossy and elaborately designed set, in the midst of fantastical CG creations, we hear about a dreaded disease that will be spread, only to have the same villains release a cure and make billions as a result.  Having just been treated to Guardians of the Galaxy a week prior, TMNT feels like another emotionless superhero film produced by Hollywood, while a potentially huge money makers seek to reassure some faith in these studio blockbusters.  That in mind, it is not that TMNT is all that bad, it just feels like a generic film rolling off an assembly line.

This latest iteration of the long-standing Turtles franchise, whether it be movies or TV shows, finds us back in the realm of live-action, this time utilizing a mix of motion capture and visual effects to produce 6ft tall reptile warriors.  Contrary to news that was met with a lot of strange outcry (“Mutated turtles are one thing, but aliens? Get the heck out of here!”), the origins of our heroes has not been altered all that much, with the exception of the popular Hollywood trend to link the heroes directly with the villains and basically any other supporting character in the film, as if the notion of ‘destiny’ is something everyone clamors for.  Regardless, the basic premise of this film is all in the title and the only other details one could find useful is that Megan Fox stars as the plucky junior reporter April O’Neil, who befriends the Turtles and works with them to help stop the dreaded shredder and his foot soldiers known as the Foot Clan.

When discussing a TMNT film produced in 2014, it really comes down to the execution.  If the concept is bothersome, there is no real reason to consider checking this film out.  I grew up with the Ninja Turtles.  I watched the movies (the first is great, the second is campy fun, and the third is… a movie), I was big on the cartoon series, and even had TMNT bed sheets.  Still, I cannot say a new update was automatically going to win me over, as I have outgrown the concept to an extent.  Sure, one can find some nostalgic joy in the idea, but ultimately this is a series for kids and this new film entry feels designed to appeal to that younger demographic, despite some elements that may be a bit much.  While not driven by sexual and weirdly racially-themed jokes, this Michael Bay-produced film certainly has the sort of bombast that drives the action sequences of the Transformers films.  However, whether or not you enjoy the sort of visual spectacle that director Jonathan Liebesman and his team have employed to portray these turtles in action, the biggest drawback is the lack of real emotion to give any weight to this supposed fun.

While seeing the interplay between the turtles is actually fairly enjoyable, everything about this film’s story feels completely generic to no end.  All the story elements fit right in line with every other recent superhero origin story, with The Amazing Spider-Man sitting as the biggest comparison, though even that film at least had two human leads that brought some spark to the proceedings.  TMNT could have its characters altered to fit any other stock superhero movie and still work.  This is a film that lacks personality and it is a shame, because it does not seem like a waste of talents, necessarily, just a film that lacked a level of emotional investment to really make me care beyond possibly gleaming joy out of having this property on the big screen again.  It is one thing to enjoy the jokiness of Michelangelo, for example, but even the original film was able to provide substance to these characters beyond their basic personality traits.

Regarding the human characters involved on screen, Megan Fox seems like ideal casting.  It is not as though I have much to say about her talents as an actress (though her self-awareness has contributed to her becoming a better actor in recent years), but if you have a movie (one produced by Michael Bay no less) that needs a ‘hot’, young, female news reporter, I am not sure how Fox wouldn’t be among the top choices.  For this film, she is fine.  This is a glossy and effects heavy take on TMNT and it is not as though A-list leads were signing up to jump into motion capture suits, so this film has Fox, the generally reliable Will Arnett as the quippy camera man, and the aforementioned William Fichtner sleepwalking through his role as a villain looking to become “stupid rich.”

The thing to keep in mind with all of this is that TMNT is mostly fine for what it is.  It is incredibly generic in terms of how it tells its story, but it is thankfully not painfully overlong or depressingly serious.  The film actually gets what kind of movie it is, even if the more obvious jokes about its self-awareness will either make you either roll your eyes or laugh in a groan-worthy sort of way.  It is still harmless entertainment though.  Given all the apocalyptic drama this summer has had to offer, TMNT may not be offering a whole lot that is new, but it is a colorful way to occupy younger kids, without feeling like much of an insult, compared to an alternate option, if great options have already been seen.  And with that said, I think the action sequences are fun.  A lengthy chase on a snowy mountain side is an easy highlight for the film and Turtle teamwork does come off as the kind of cool fun for kids that was intended.

“It’s not that bad” may not seem like a ringing endorsement, but I enjoyed my time for the most part, as it was a quick-paced adventure movie about giant fighting turtles.  It is ridiculous, but not devoid of a sense of humor.  There is nothing on this film’s mind beyond trying to please, it is just unfortunate that no one seemingly more passionate about this project could make the film more pleasing or something of a worthy film for kids to repeatedly watch at home, much like I did with the original 1990 TMNT.  I have seen other examples of that this summer and TMNT is only serviceable at best and not all that close to being radical, but it has its moments and certainly is not a disaster.

Splinter:  You live, you die, you fight as brothers.  Remember, nothing is as strong as family. 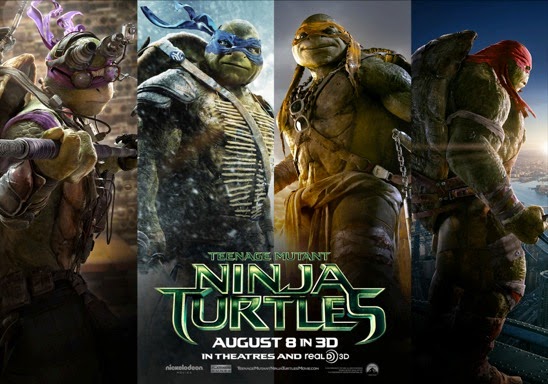 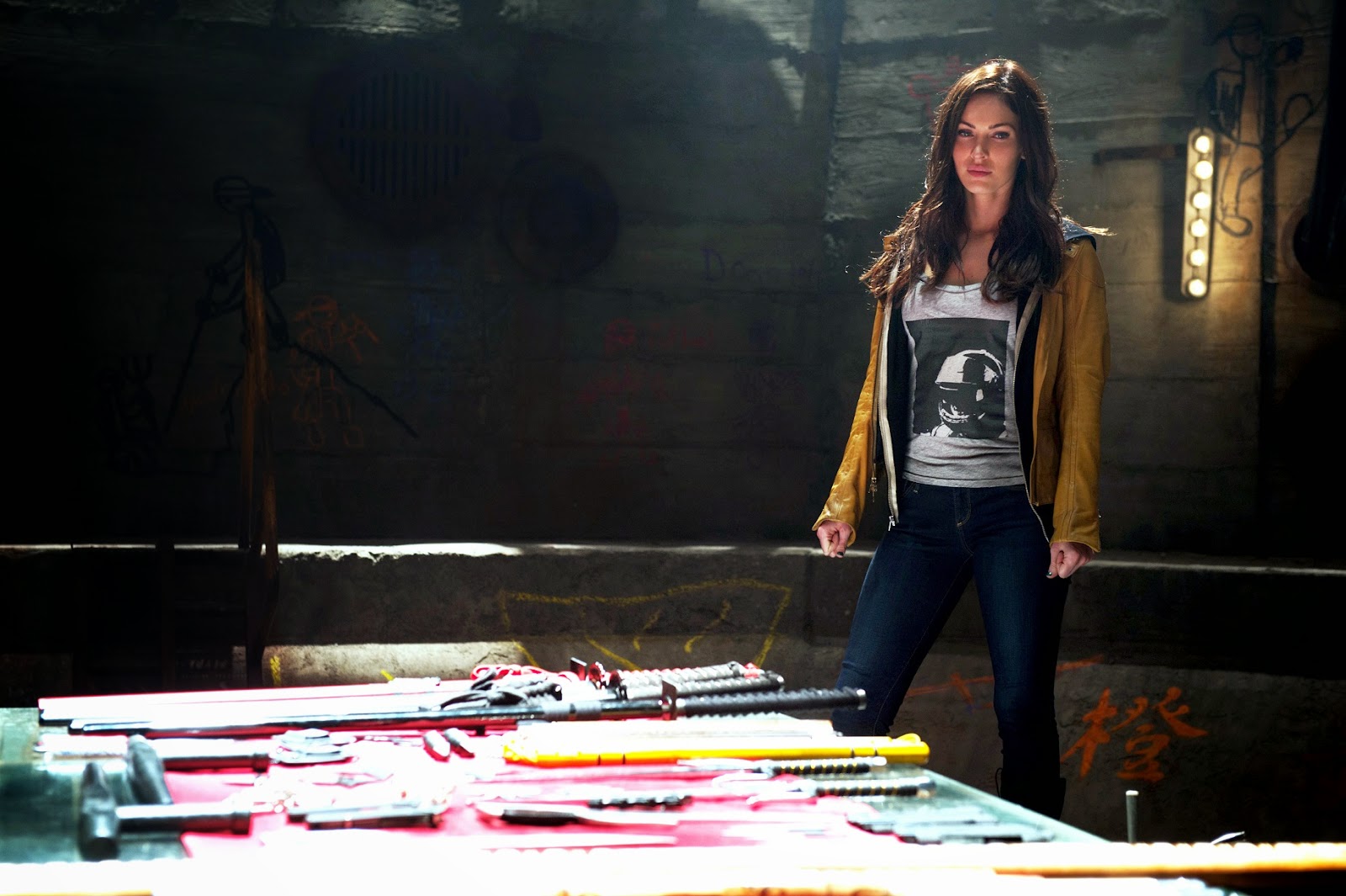