‘Love Is Strange’ And Kind Of Wonderful (Movie Review) 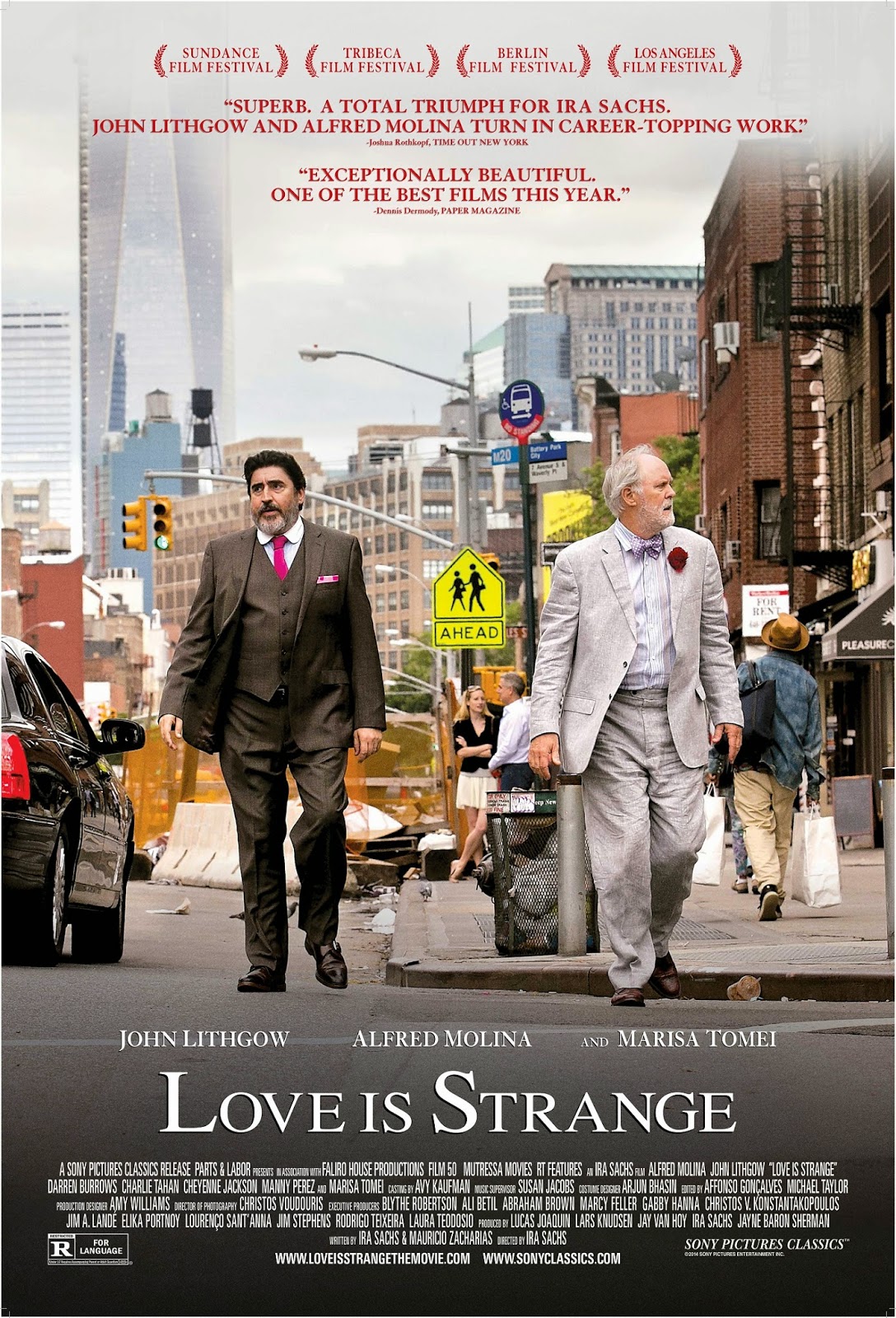 Ben:  When you live with people you know them better than you care to.

I tend to enjoy seeing process be put on display in film.  A lot of times that applies to crime dramas or heist films, where you see the way things play out in a wordless manner, involving a lot of the inner workings of certain activities.  Love Is Strange, a film that is not remotely close to being a crime drama, puts process on display early on, as our two lead characters awaken and get ready for their wedding.  We watch them go through morning routines, leading up to their attempts to hail a cab. It does enough establish a sense of place, but more importantly, it allows us to watch two actors who seem incredibly comfortable in their roles.  That is how this film plays out for the most part, as we watch actors work very well together in a fairly low-key comedy/drama, and enjoy being in their company. 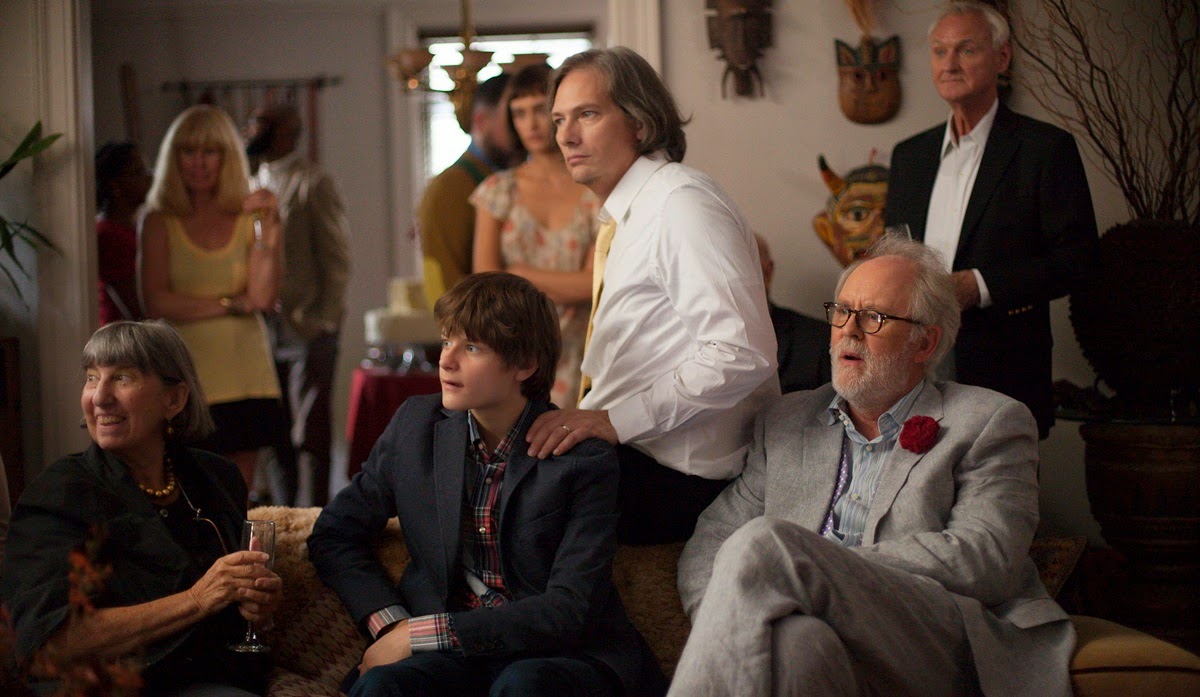 The aforementioned couple is Ben and George, played by John Lithgow and Alfred Molina.  The two have been living together in Manhattan for 39 years and begin the film by getting married.   Unfortunately, despite this relationship not being a secret, the news of this marriage reaches the higher-ups at the Catholic school George teaches music at, resulting in termination of his employment.  The lack of salary now means George and Ben cannot afford to live in their apartment and must search for a new home.  While trying to figure out this new situation, Ben and George have no other choice but to live separately in the homes of their friends and family, who are also in the city.

For a film that will have a lot of focus placed onto it due to the fact that it is about an elderly same-sex couple, the movie actually does not feature Lithgow and Molina together a whole lot.  I think that helps in why I felt this was such an affecting relationship.  The scenes that do feature Ben and George occupying the same space have a nice level of energy that do not forget that these two are an older couple, but still manage to have them interact, banter, and quietly argue with one another in a sweet manner, without feeling too sentimental.  Keeping them apart for a lot of the film provides for a greater impact when they are together.  Given that this is a film about a couple that have been together for nearly four decades, it makes plenty of sense to see them act so relaxed around each other, which is why the plotting of this film effectively relies on human drama to guide it, rather than momentous events, other than the obvious one that sets the main story of this film in motion. 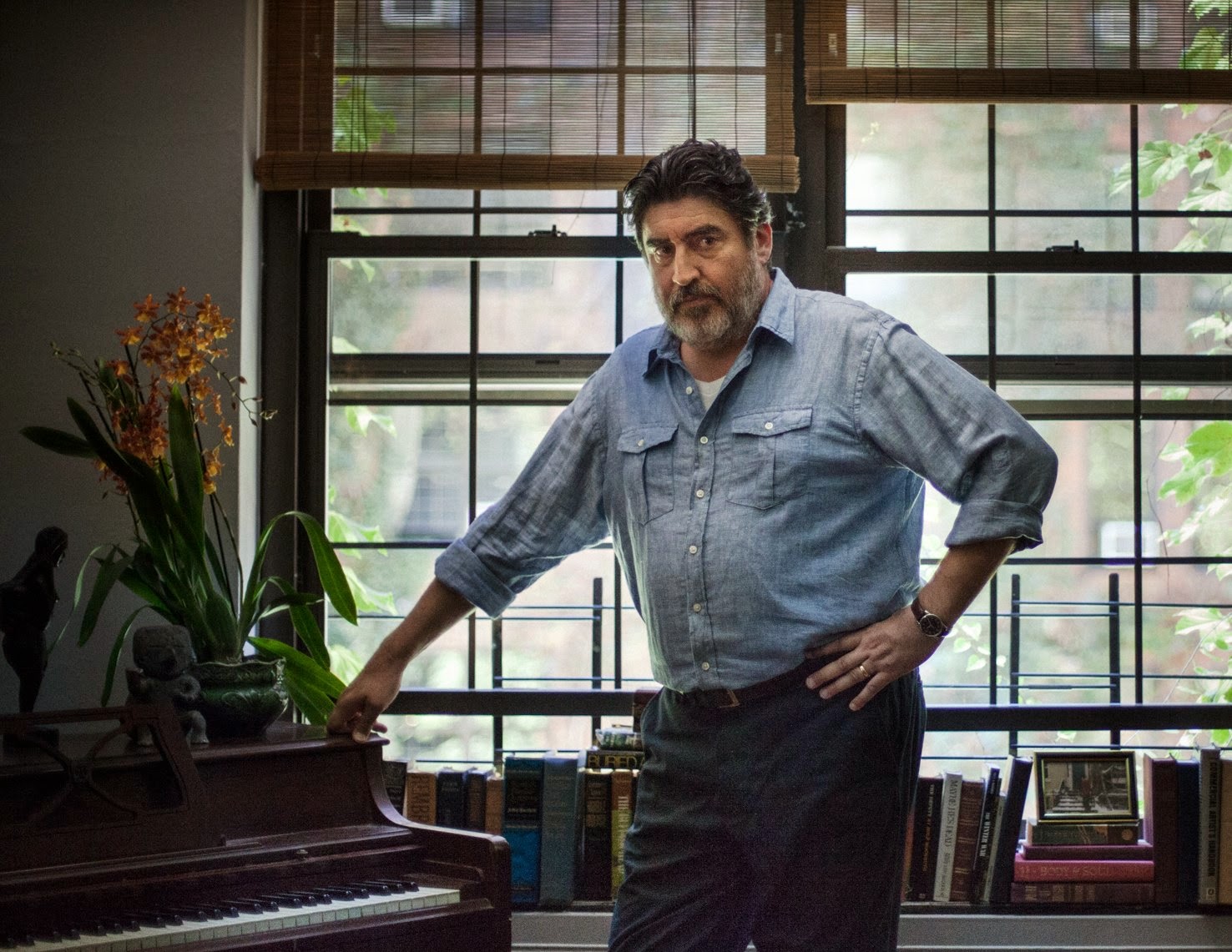 When Ben and George are not together, they are generally interacting with their friends and family members.  Ben is staying with his nephew Elliot (Darren Burrows) and his family, which includes Elliot’s wife Kate (Marisa Tomei) and their son Joey (Charlie Tahan).  Meanwhile, George is staying with their two gay cop friends, Ted and Roberto (Cheyenne Jackson and Manny Perez).  The dynamics we see play out in both scenarios certainly run their course, with a bit more drama coming out of Ben’s living situation, as George only really struggles with not sleeping well, due to these cops being a couple of party animals on a nightly basis.

For Ben, a former artist, who pretty much sits inside all day, the struggles begin to revolve around his constant interaction with Kate and Joey.  Lithgow is so good here, playing a guest that does not realize how irritating he just may be, despite having nothing but good intentions in mind.  His character is an artist who never became very popular, so his process of sitting around and looking for inspiration basically amounts to making conversation with Kate, who is busy trying to finish her novel, and Joey, who has his own dilemmas of being a teenage kid, with an older friend who may possibly be a bad influence. 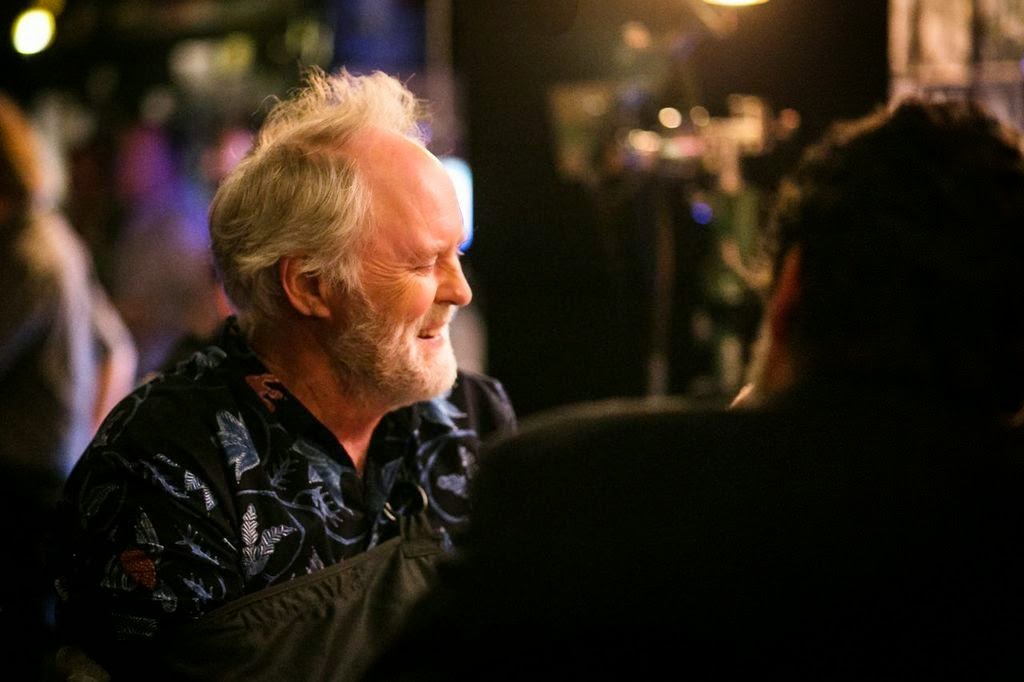 The film was co-written and directed by Ira Sachs who finds just the right way to balance the drama with a fairly dry sense of humor.  His direction is subtle in the way it puts this relationship on display, with one of its greatest strengths lying in the fact that the film is hardly a gimmick, due to it being about a gay marriage.  Really, the leads could feature a couple of any persuasion and you would still have the same movie.  Sachs does a fine job of getting this idea across, while allowing the actors to make these roles feel authentic.  Both Lithgow and Molina are very good actors in their own right, with the abilities to play things broadly if they wanted, but here, we see some nice, nuanced performances, occasionally aided by the presence of their co-stars.

Also nice to observe is the filmmaking in general.  It feels as if the assembly of this feature kept in mind that Ben is an artist and George teaches music, as we see lovely shots of New York, whether it be from the rooftops or simply through observing the various streets.  Accompanying all of this is a nice classical score that allows the film to keep a good sense of its tone running throughout.  While the film has a bit of slack in its pace and finds a way to end a bit too neatly, there is a nice level of elegance that comes across, without feeling overdone. 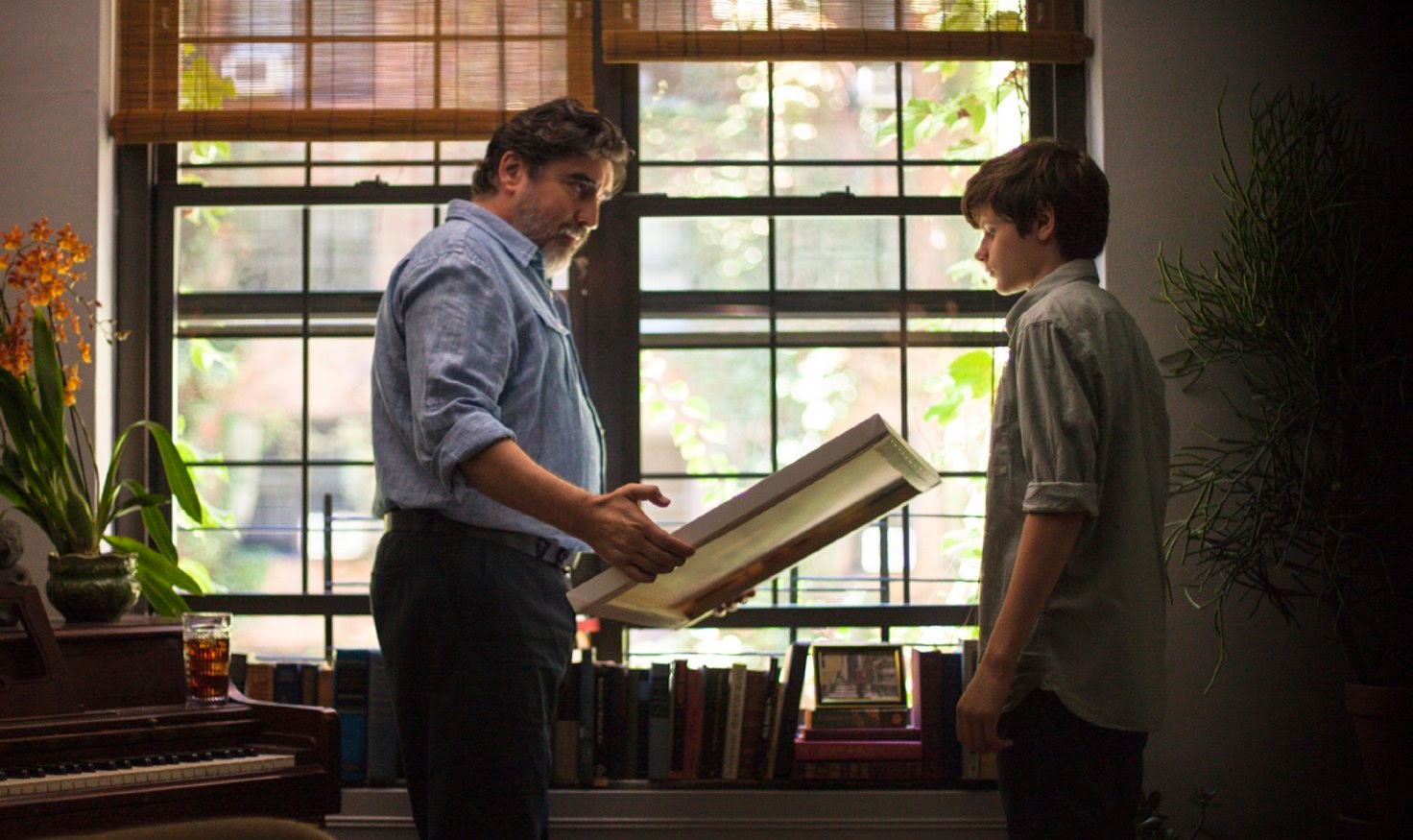 I was quite fond of Love is Strange.  Lithgow and Molina are well matched for their roles and each other.  The story is small scale, but it works in telling this fairly straight-forward, but nicely written relationship drama that keeps the family in mind as well.  One could see it as a counterbalance to the heavy-hitting summer fare I have been sitting through as of late, but really, this is just a very good character study for those who want to seek out a well-acted drama.

George:  You are such a liar…you’ll do anything to get a free drink. 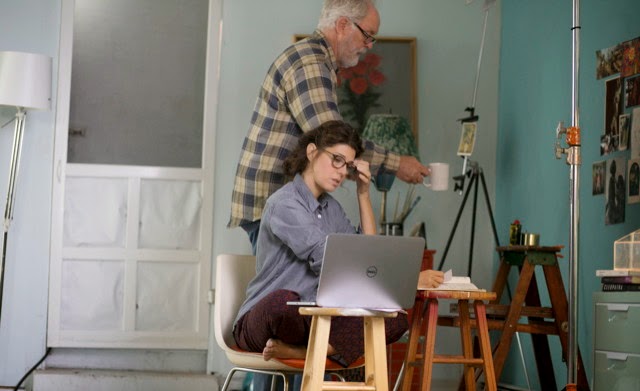