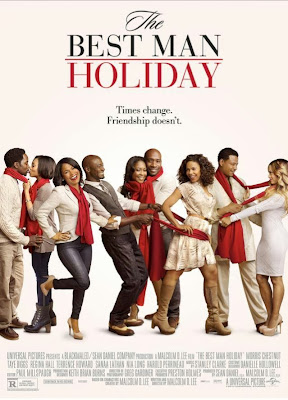 Mia:  I can’t tell you how great it is to have all of us under the same roof again.

I feel like I already might be surprising people by saying this film is a sequel.  Back in 1999, The Best Man was released in theaters and became something of a sleeper hit.  Along with The Wood (also starring Taye Diggs), the all-black romantic-comedy-drama scene was still a solid subset of films around this time, as it pre-dated the era of Tyler Perry and allowed for less gimmicky takes black characters living everyday lives.  Now we have a follow up film, which explores what has come of a certain group of characters a decade and a half later.  While it is not as exquisitely told a tale, compared to Richard Linklater’s Before trilogy, which are films also separated by a lengthy span of time, The Best Man Holiday is still a film that works based on the chemistry of the ensemble cast, regardless if one is familiar with these characters already or not. 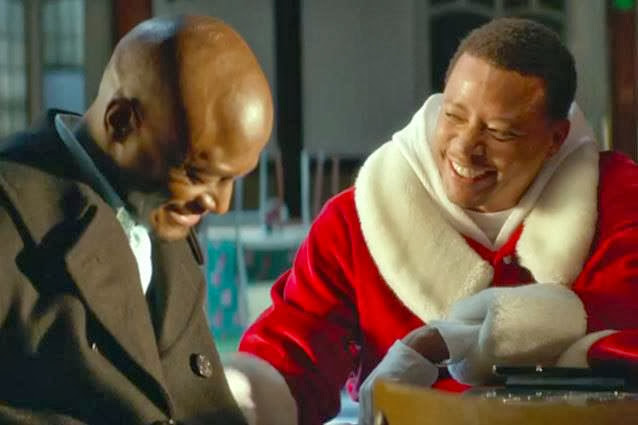 The film begins with an opening title sequence that recalls events from the first film, while also supplying updates on every character, to catch an audience up to speed.  Harper (Taye Diggs) is a writer going through a slump, years after releasing his bestselling novel (the center of all the drama in the first film).  He is now married to Robin (Sanaa Lathan), who is very pregnant with their first child.  Nia Long is Jordan, the successful TV producer, once a love interest for Harper and now working on her new relationship, which is a stretch for this business-minded woman.  Morris Chestnut is Lance, the estranged best friend to Harper and all-American football star, with no scandals in his life and a loving family.  Lance’s wife Mia (Monica Calhoun), is supportive, but once had a fling with Harper, which is the source of the estranged friendship.  The other friends include Harold Parrineau as Julian and his wife Candace (Regina Hall), Terrence Howard as the sly Quentin, and Melissa De Sousa as Shelby, Julian’s snobby ex.  The plot centers on a late December stay at Lance’s house, where the group all reunite and attempt to ease back into friendships, despite various rivalries that may be reignited.

It could be easy to dismiss a film like The Best Man Holiday, as it basically amounts to successful people and the problems they have with each other, but that would discount the genuine chemistry that this ensemble cast has.  Sometimes that is an overlooked aspect of these types of ensemble cast films, but when a film makes a certain atmosphere look easy, it really is an accomplishment.  That would appear to be the reason why The Best Man was not only an initial success in its day, but led to a new sequel being released.  There is a certain level of confidence in a film that relies on goofing around as well as some really vicious arguments, before settling in for more sentimental moments later on, as it feels like a risk at playing against the notion of being very fresh or ambitious.  If that is the film one really seeks out, than The Best Man Holiday is not the film to see, but as far as a hangout holiday film for adults (this is an R-rated feature that deals with adult themes), there is a film here that will work for those audiences. 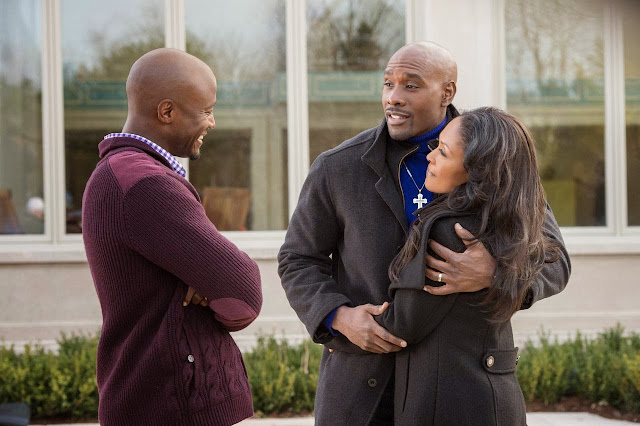 Something that I enjoy about both of these Best Man films is the way it makes its ostensible lead character, Harper, a flawed one.  It would be one thing to keep Taye Diggs as the straight man with the perfect smile (one of the best in Hollywood, next to Chris Hemsworth, respectively), which he very much is, but both films add an element that make him someone who is not inherently likable.  He has issues that have affected his friendships and the film is better for it.  The same can be said for a lot of these characters in the way that they are not all great, uncomplicated people.  That is why these films do actually work for the most part – they are actual people.  Yes, one can define them as archetypes if you really want to, but the film does a fairly good job of defining each character, which is why both films last an admittedly overlong 2 hours, as opposed to 90 minutes.

Writer/director Malcolm D. Lee appears to have a good enough handle on what he wants to do, even while it leads to some cheap gags on occasion and a very healthy dose of both sentimental and sanctimonious aspects in the story.  With that said, something that I was not expecting was a plot point involving death and how this ensemble must deal with it.  There is something to be said for a mainstream holiday film that pushes this idea forward, but The Best Man Holiday manages to actually earn pathos in its later half and that is very commendable. 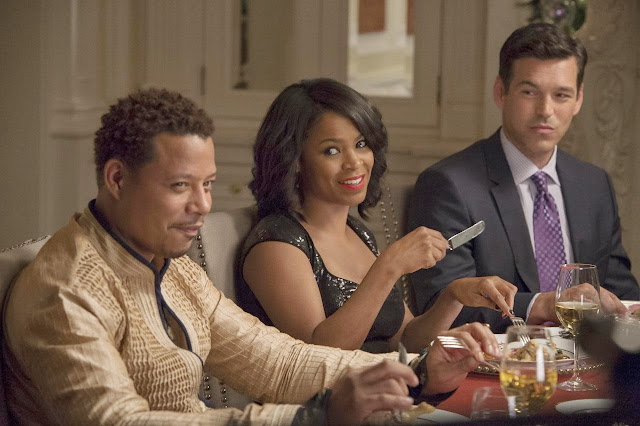 I could talk about the rest of the cast in this film as well, but it would better just to leave it up to the viewer (though Terrence Howard is a lot of fun here, if I had to point out just one person).  The Best Man Holiday is not a film that offers anything new.  Even with it serving as a regular take on black characters dealing with drama in their lives, which are admittedly successful lives, there is still nothing as significant as the harsh times that black characters tend to face in the films with specific subject matter that are bound for award season.  Instead, the film is more fun (with a helping of drama) and benefits from a strong cast that overweighs the film’s lesser moments.  For me, that is perfectly acceptable, as the film may be too long, but it at least bounces along, due to good utilization of its greatest strength. 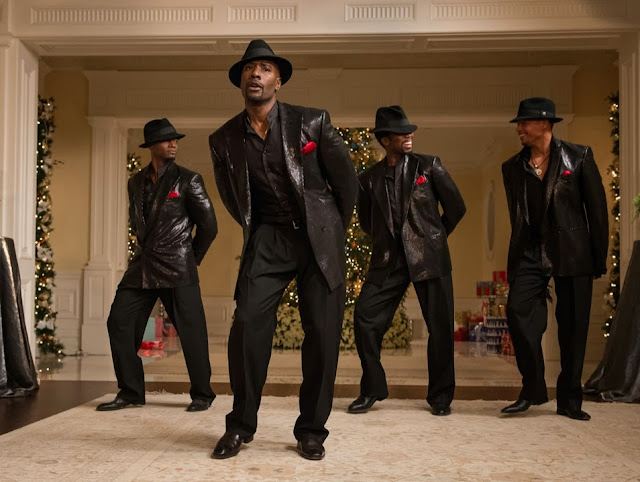 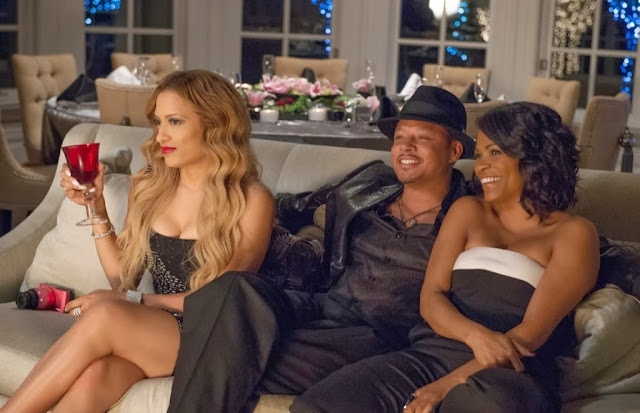