They May Seem Nice, But You Can Leave ‘The Family’ Alone 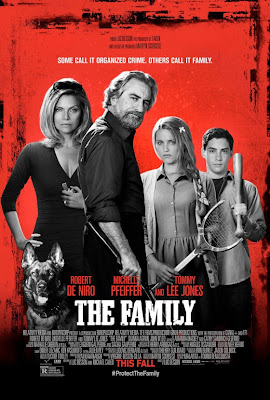 Maggie:  We’re not in Brooklyn anymore.
Fred:  I don’t think there’s anywhere further from Brooklyn than this rathole.

A good crime comedy is always something I am happy to embrace.  I was ready to walk away from this Luc Besson-directed mob comedy with a bit of a smile on my face, but fugetaboutit.  For the most part, The Family works as a sort of quirky fish-out-of-water film.  It has a family living in France, under witness protection, with the added element of violent, dark comedy, some comic book sensibilities, and some other, off-kilter elements.  It did not quite hit some of its satirical marks and had some tonal issues, but it seemed fine.  Then the film decided to drop everything and opt for a poor ending, with shootouts and very little in the way of substance to leave with.  I am not quite sure why this had to happen, but I am sure that it took the wind out of the sails of an otherwise halfway decent movie. 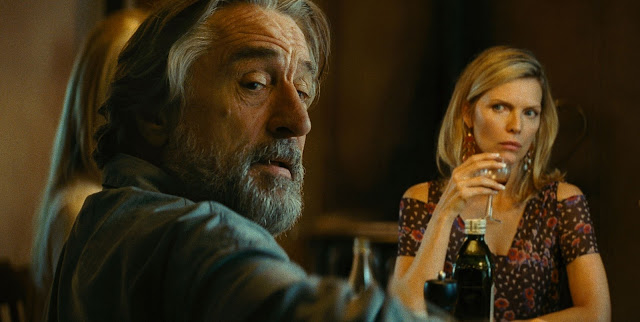 Robert De Niro stars as Giovani Manzoni, living under the alias of Fred Blake.  He and his family are living with false identities in France, as ‘Fred’ is a former mob boss who decided to rat out his crime family and now lives with his real family under witness protection.  The Blake family includes the mother, Maggie (Michelle Pfeiffer); the daughter, Belle (Diana Agron); and the son, Warren (John D’Leo).  CIA Agent Stansfield (Tommy Lee Jones) has just moved this family, yet again, to a small town in Normandy, where they will have to do their best to unassumingly blend in.  Of course, old habits die hard, as the Blake’s have a certain way of approaching situations and handling people in their own way.

For the most part, the film is fairly low-key in what it presents with regards to the family.  The dark humor is there, as we see De Niro and the others use violence frequently to solve their problems or at least flashes to alternate ways De Niro could have handled a situation, if he wanted to be more forceful, but none of this is every depicted in a manner that is too far over-the-top.  That unfortunately contrasts with the comic book element of evil assassins dressed in black, looking for ‘Fred’ and his family.  These scenes are interesting to watch, but punctuated by a mean spiritedness that takes away from the fun this film has.  For whatever reason, watching Belle beat up a boy at school for hitting on her the wrong way fits the humor of this film, but any attempts to use violence as a way to go through by-the-numbers story beats feels much less satisfactory.

That is the real issue here; The Family does not have a whole lot of ground to cover in the way of story, but is most comfortable in leisure mode.  Everything involving forward story momentum bogs the film down in needless details and supposedly imposing figures that we should feel threatened by, but I would rather watch De Niro reflect on his life via the memoirs he begins to type or listen to what Warren has learned in his attempts to become mob king of his school via various means of extortion.  The concept does not have a whole lot of angles to choose from in terms of developing a three act film (which makes me believe a TV series about a family like this, living in witness protection, could be pretty solid), so it basically coasts along, until getting to its explosive finale, which felt more limiting in a lot of ways.

I am no screenwriter, so it is not as if I have better ideas in mind, right away, for how The Family should have figured out its third act, but the fact that so many subplots are just dropped and left hanging, so that we could have some action and empty closure really feels like Besson and co-writer Tonino Benacquista (who wrote the book this film is based on) were simply out of ideas.  It does not help that the violence that comes out of this ending feels very unbalanced with the tone of the rest of the film either.  I would be curious to know how many different edits of this film there may be, as it is fairly messy and seems to have potentially leaned more on the comedy side in certain cuts or as more of a thriller in others.

Fortunately the cast has three old pros rounding out the top-billed parts.  De Niro is not bringing anything new to the table; he doesn’t have to, but he does seem to be enjoying his hand at another gangster part.  I enjoyed Michelle Pfeiffer quite a bit here, complete with her New York mob wife accent and general way of addressing different people.  Tommy Lee Jones continues to make things look effortless, as he plays ‘lawman character’ as effectively as always, but has just the right amount of sarcasm in his voice and a particular seriousness in his stern looks that makes the character play well off of De Niro.  I just wish the film, again, had a better way of closing out these characters.

As for the kids, Agron is fine, though the resolution to her character’s subplot is both obvious and baffling in where it almost could have gone.  Somewhat more successful is D’Leo as Warren, as it simply feels like something fresh.  Once again though, the film seems to have no idea where to go with him, so it comes up with the easiest approach possible, so it can easily ditch that and place him in the same setting as the ending shootout. 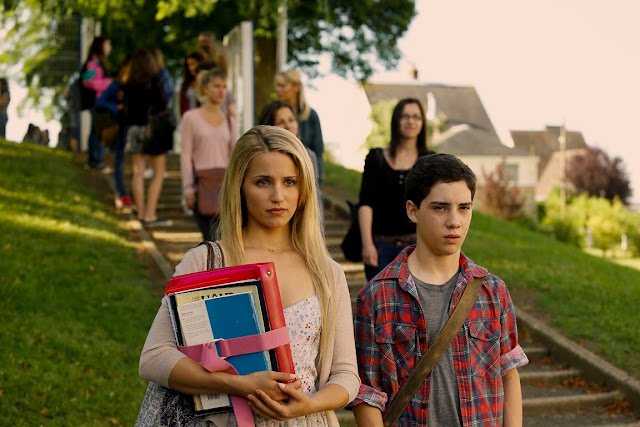 Again and again I have mentioned the ending, which is not to spoil anything, but just a way to express how saddening it was to find The Family so obviously in search of some better form of closure.  It was certainly not amounting to much, as the film is very laid back in its approach and fairly messy throughout, but it would have been a decent recommendation, before the acclaim-seeking films hit in the fall.  Instead, it is a messy film that does not know how to clean up after itself.  As a result, this film that places De Niro as the patriarch ends up feeling like a family I would not want to invite to my next social gathering.

Maggie:  Why’d you kill the plumber?
Fred:  I didn’t kill him.  I took him to the hospital.
Maggie:  Who’s gonna fix the pipes now?
Fred:  Well who’s gonna rebuild the supermarket the day we got here? Huh? 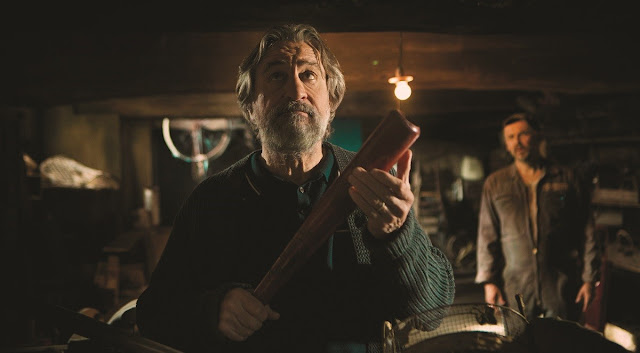