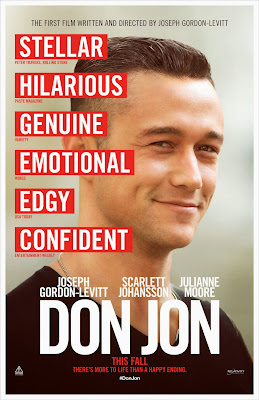 Jon:  This girl is more than a dime.

As if Joseph Gordon-Levitt has not done enough to rank as one of my favorite young actors (Brick, Looper, 50/50, etc.), he has now gone and written, directed, and starred in his first feature film.  Having the story surround a real ‘Don Juan’ who also has a porn addiction is a bit of an interesting choice for one’s first film, but given that the last sex addiction-related film I saw was Steve McQueen’s Shame, a great film with a great performance from Michael Fassbender that I will likely never watch again, Don Jon gets points for being very entertaining and genuine in its approach.  There are certainly aspects of the film that show where Gordon-Levitt can improve upon his future career as a filmmaker, but as far as a first feature goes, Don Jon is mostly breezy fun matched with NSFW content. 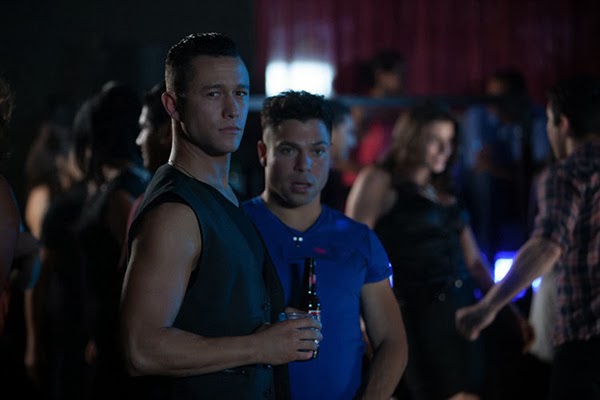 A key aspect of this film is repetition.  Joseph Gordon-Levitt is sure to set up the film and punctuate many scenes with narration, as he quickly establishes all the things that matter to Jon in life, along with continuing to show us many of the same locations, activities, and other elements that build up who this person is and what he does as character-based routines.  As the film carries on, it becomes interesting to watch how the various changes in his life, involving his relationship to Barbara, along with another factor that I will get to, end up altering him and result in the introduction of change that can only better him as a person ultimately.  As a director, Gordon-Levitt makes this very noticeable, as he goes from deliberate camera setups to a more handheld approach, as the film continues on. 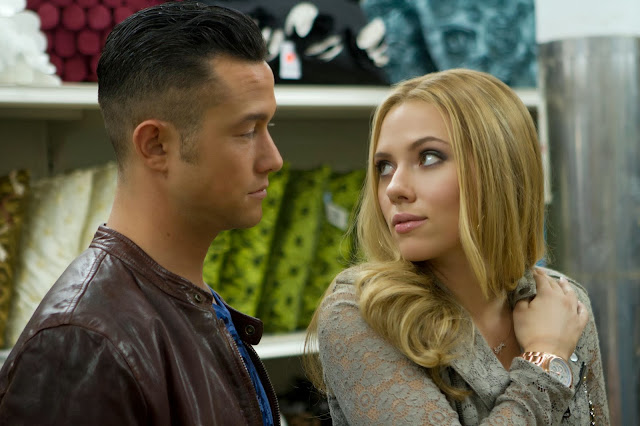 While Barbara is certainly a big reason for Jon to change or at least adjust his behavior, the introduction of Esther (Julianne Moore) is also very significant, leading to the bigger changes in the film’s style overall.  Esther and Jon meet at school, due to Barbara pushing Jon to attend night college courses.  The relationship between them is a very interesting development that I do not need to go into, but it is the other source of where the changes in Jon stem from.  Along with that, Moore is simply great in this movie.  She brings an incredibly sincere quality to the film, which is teased out for a while, before a reveal of who she is.  Her presence manages to bring a whole other level to a film that could have otherwise become much more conventional in its approach.

In addition to Moore, the supporting cast is great.  Johansson has been on a fairly good streak lately, in my eyes, as she has continued to be an enjoyable presence in films, even as we learn more of irritating quirks of her character as the film goes on.  Tony Danza and Glenne Headly play Jon’s mother and father and I would honestly watch an entire TV series of just these two arguing with each other, while Jon’s sister (played by Brie Larson), watches silently, while messing around on her cell phone.  Rob Brown and Jeremy Luke are also fun as Jon’s friends, which is where the film especially enjoys reveling in the immaturity of the male characters, when it comes to “scoping out the honeys”. 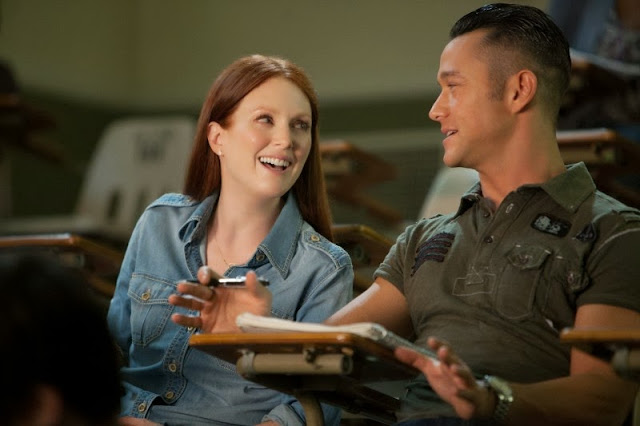 It is the handle of tone that makes Don Jon as successful as it is.  I like all the characters in this film, to an extent, and certainly did not find anything about the film to be mean-spirited, as opposed to simply frank in its language and presentation of Jon’s life.  Gordon-Levitt has crafted Jon in a very specific way from the start to make him have the look of a ladies man who doesn’t really “care” about the ladies, because the audience needs to see him evolve as a character.

While I am not about to say that he has done a good job of presenting women in this film (because what the hell do I know), I will say that there is a honesty from the male point of view that is clear in the way he narrates the story and describes his love for porn.  Regardless of how authentic or how universal his claims may be, the film does not cheat in its approach to what women want.  It would be a different story to talk about how all the women in this film are either controlling, crazy for grandchildren, or crying, but the film definitely settles on being about one thing and not spreading a balance far beyond its own scope. 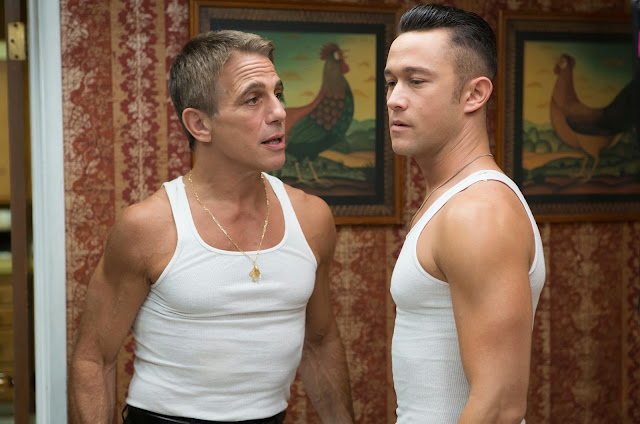 With all of this said about the other performances, the direction of the film, and the writing, I have hardly touched upon Joseph Gordon-Levitt – the actor, but suffice it to say that he delivers.  While this is not him at peak acting levels, I still think he did a fine job with the material that he came up with.  He has good chemistry with Johansson and the family and friend characters, but his relationship with Moore continues to be the most fascinating part of the film.  That and Gordon-Levitt clearly did plenty of work to keep his body in a certain kind of shape, while also harnessing the accent of a kid from ‘Joysey’.

Don Jon is a fun film.  It is definitely willing to explore the nature of its main character’s obsession in very R-rated detail, but it also moves against some conventions enough where it was able to end in a way that I did not expect at all.  Joseph Gordon-Levitt has assembled a confident debut feature film, complete with smart writing and a great cast to help balance it all out.  I look forward to seeing what he does next as a filmmaker, but for the time being, this is an actor I have watched grow up in film over many years and am happy to see how he has progressed. 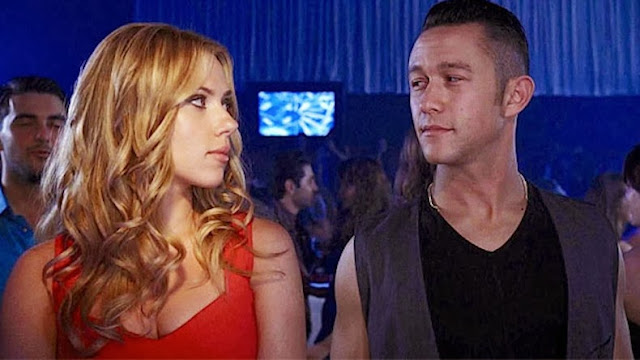 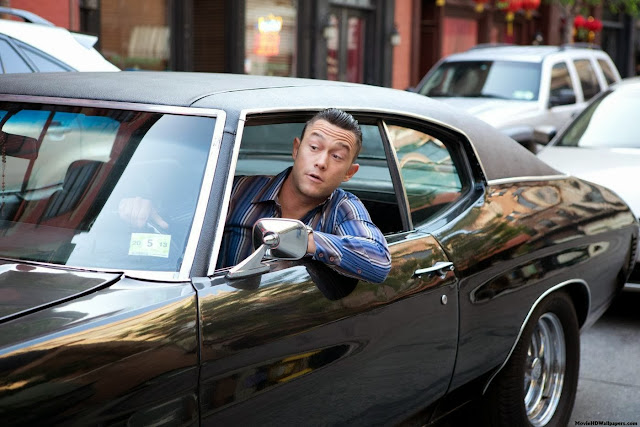 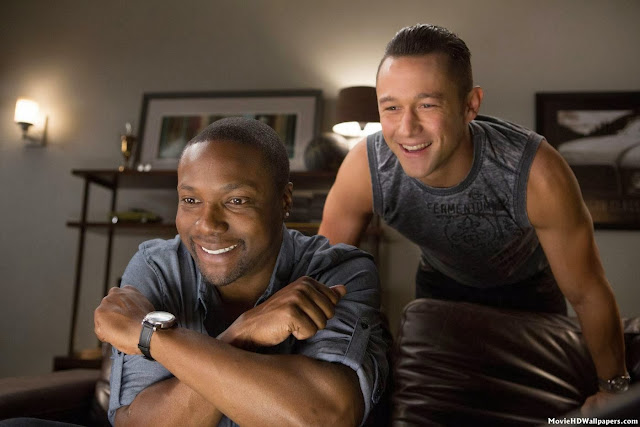