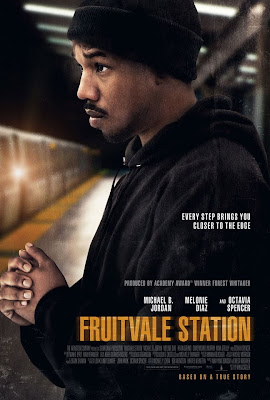 Fruitvale Station:  5 out of 5

Oscar:  We’ll be back before you wake up.

It must be hard to be so simple.  Fruitvale Station has the feel of a very straightforward film, were one to break it down into its basic structure.  We follow one man throughout his day.  We see where he lives, whom he interacts with, and it all ends on a tragic note.  It also happens to be based on a true story.  There is so much more there though.  Beyond the efforts to get a small film like this made, which includes using Oakland locations and filming on and around BART (Bay Area Rapid Transit), Fruitvale Station is such a strong success because of incredibly apt direction, the feel generated throughout, based on the sense of location and supporting players, and the incredibly compelling lead performance from Michael B. Jordan.   There is nothing glamorous about how this story is told; it simply works as a straightforward telling of one with a great pool of talent to work with.

The film is based around the tragic and true events that took place around the 2009 New Year’s celebration in the Bay Area.  The film begins at the beginning of the last day of the year, which also happens to be the last day of Oscar Grant’s life.  Oscar is played by Michael B. Jordan, a young actor with so much to gain, based on an already strong list of roles that are all eclipsed by this performance.  Little effort is made to portray Oscar as a great person, as the film allows us to see him as he was.  The 22-year-old young man has struggled so far in his life, as he had recently gotten out of prison and had been attempting to stay on the right track.  By already stating that this film has a tragic finale, I feel it should be noted that understanding this from the forefront provides an additional layer of subtext that makes the film feel almost like a meditation on life and death, or at least one that allows you to consider this factor into Oscar’s actions, as he goes about a normal day.

As seen in the film, it is a struggle to make it through life, especially when a person’s situation is more challenging, if scenarios are growing more ominous, or if a series of events winds up pushing someone into being a part of something they otherwise would not have had to worry about.  We see a lot of this in Fruitvale Station, as the film does not set out to paint a saintly image of Oscar.  Were we to see him survive the day and go on through the rest of the week, Oscar would still be going through the struggles in his life.  He would have to deal with finding a job, working on the relationship with his girlfriend Sophina (played by Melanie Diaz), and being a better father to his little girl Tatiana. 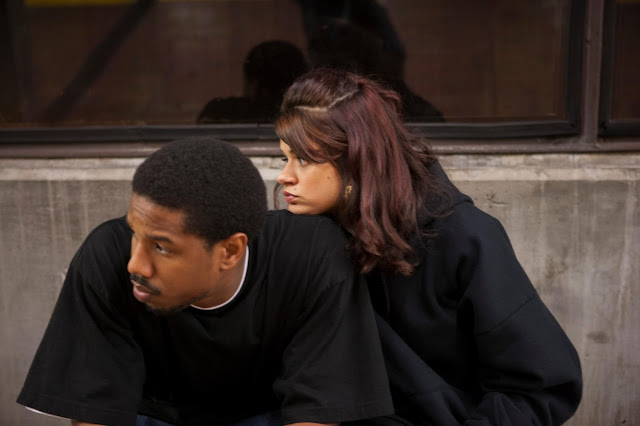 Because the film only allows us to witness a day in the life of Oscar Grant, the challenge is to make that time count and have us not necessarily behind Oscar in terms of the choices he has made, but appreciate who this person is and not just see him as the victim in a horrible situation.  This is where having that great pool of talent comes in.  Michael B. Jordan is wonderful in embodying this character.  Regardless of how representative of the true Oscar this may be, Jordan does so much with just being a kid from Hayward, California.  From his use of words and slang, to his basic reaction in dealing with people he knows and people he is close with, Jordan captures all that is needed to fully form this character.

On top of that, for a feature film debut, writer/director Ryan Coogler has made a film that does not make any missteps along the way.  He allows for scenes to play long when they have to, uses minimal effort to convey frustration, suspense, or other emotions, beyond what the actors are already showing on screen, and he keeps the focus squarely on what is going on with Oscar, until a shift needs to occur.  As an Oakland native, Coogler appropriately allows that style of living to show through in the film, given the locations and conversations between the actors.  When dealing with the BART situation, Coogler brings a level of uncomfortable trepidation that is backed up by witnesses and camera footage from that night, but also allows for confusion and a lot of commotion to wash over the scene as well.  It is not as though the film is trying to avoid taking stances, but at the same time, it is made clear that this is a film about a person and not one that is trying to sensationalize a particular event. 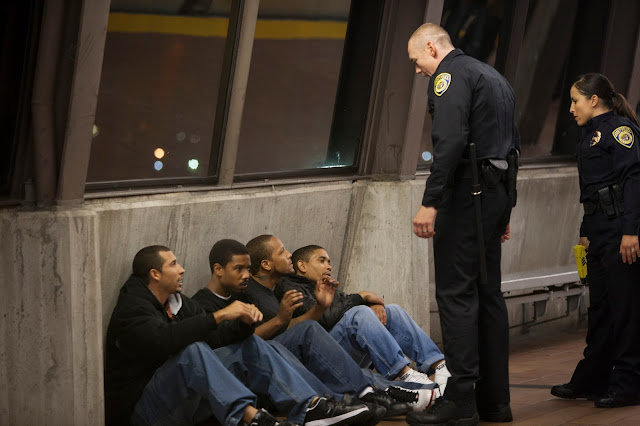 I need to point out the supporting performance by Octavia Spencer, who plays Oscar’s mother, Wanda Grant.  I think there is a way that this role could have been played, where everyone would feel the need to scream, “Spencer for another Oscar,” but this actress, who has been around for years and years, hits all of the points she needs to in exactly the correct manner.  We learn just enough about Wanda and her relationship with her son thanks to a brief flashback to Oscar’s time in prison.  The film also uses her in an amazingly restrained manner when dealing with the condition of her son and whether or not he is going to be alright.  This is the kind of performance that reflects why I feel the way I do about Fruitvale Station as a whole.

We get to see films like this every year.  They contain wonderful performances and strong direction, despite being made on small budgets and only advancing because the right people happened to see it at the right time.  I am not speaking for other films this time though.  In writing all of this, I have provided a long list of reasons as to why Fruitvale Station is such a triumph.  It does take a lot of skill to make a simple film like this work.  Having that payoff to greater effect is a wonderful accomplishment, but having what it takes to get it made to begin with is a very good thing.  None of what happened in reality can be reverted, but this is a film that does a fine job at focusing on a young man whose fate was unfortunately sealed. 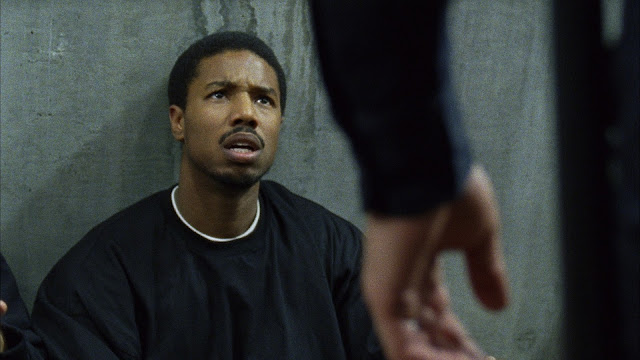 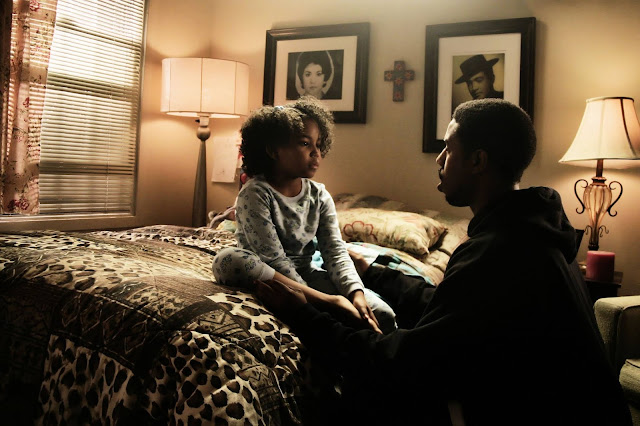 Aaron is a writer/reviewer for WhySoBlu.com.  Follow him on Twitter @AaronsPS3.
He also co-hosts a podcast, Out Now with Aaron and Abe, available via iTunes or at HHWLOD.com.
By Aaron Neuwirth
2013 Films Arthouse Based On a True Story Drama Indies Melanie Diaz Michael B. Jordan Octavia Spencer Ryan Cogler
Reactions: