Strap On Your Powdered Wig And Get Ready For ‘Closed Circuit’ 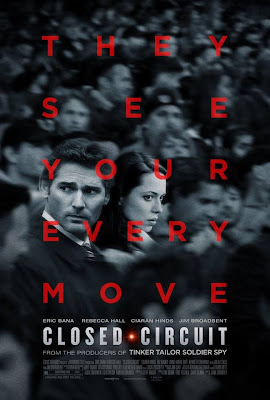 I have to wonder sometimes how much time and consideration is put into the little details, before sending off the finished product and then being tackled by criticisms.  Closed Circuit has plenty going for it at first glance.  The film features a top notch cast, who are all putting forth reasonably good work as the characters they play.  The premise is that of an interesting legal drama, set within the British justice system, which is not something American audiences see that much of in a wide release film.  The problem revolves around the little details.  The plot is entirely predictable, once the pieces are set in place, and little holes begin to emerge as the film carries on.  Being a taut legal thriller and having good intentions is great, but adding up to something solid takes more than just having the big sections covered. 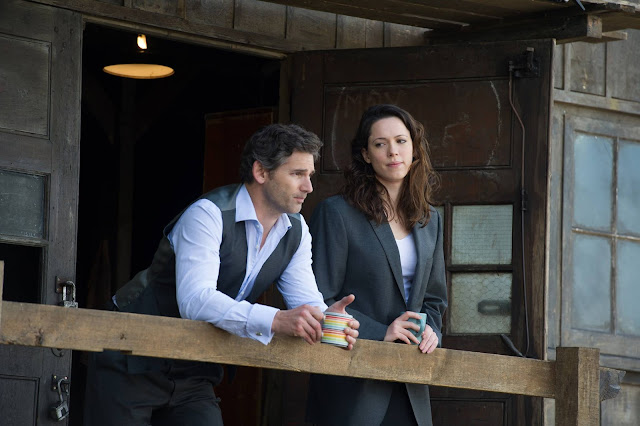 The film begins with a terrorist act in London.  A big explosion occurs, a suspect is detained, and the country prepares for one of the most high-profile trials in British history.  Cut to six months later, the lead lawyer involved in the defense has died, leading to the appointing of Martin Rose (Eric Bana).  Also on the hand is another lawyer, Claudia Simmons-Howe (Rebecca Hall), who previously had an affair with Martin.  This is of course a secret to most, but creates friction between the two, as they work on the case (separately, due to the rules of the British judicial system).  Everything becomes entirely more complicated, as Martin learns of the possible involvement of the British Secret Service and other secrets that revolve around what led to the day of the bombing.

There is a better theme in this film that essentially goes unexplored.  Throughout the film, we see many different surveillance cameras and have their point of views on screen, showing us that almost everyone is being watched.  The film also hints at Martin and Claudia being watched by various people, as they work on the case, but this really goes nowhere.  I did not need this to be the British high-octane equivalent of Enemy of the State, but given how prevalent this aspect of the film was in the filmmaking, it was awkward to not see anything come of it. 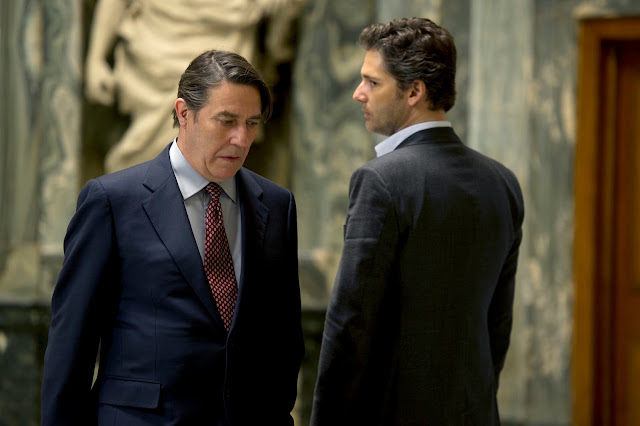 I bring this up because the film is fairly contrived.  Despite watching a big legal matter be handled in Britain, where I am less familiar with the process than in standard American courtroom dramas, I really cannot say that much stood out in this film that was not handled better in something like Michael Clayton.  Closed Circuit has moments that work to build up the film as a low-key thriller and Hall and Bana are certainly doing fine work as the leads, but by the time we have all the basic facts of the case and the first of many twists, the film does not do much in the way of innovation.

Now, a movie like this does not need to reinvent the genre either.  I could gladly sit back and enjoy the film based on the performances, which also includes nice work from veteran British actors Ciaran Hinds and a particularly good Jim Broadbent, but as it carried on, the film seemed to forget about adding up in a way that felt more believable.  I won’t get into spoilers for the story, but I will say that reactions to the deaths of certain characters come off as far too underplayed.  If Martin and Claudia are in danger for their lives, let us actually see that, rather than have them brush it off for the sake of getting us to the next scene. 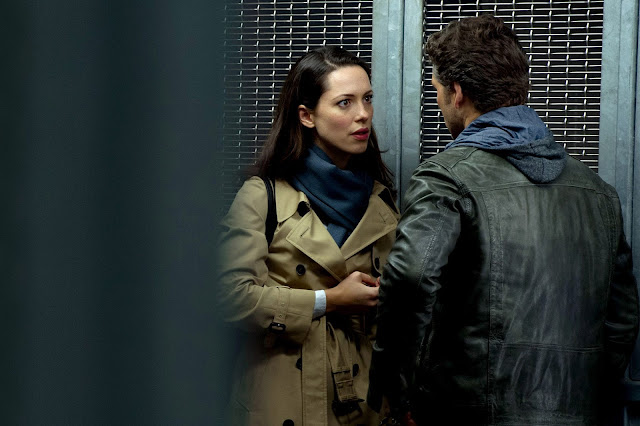 Director John Crowley (Boy A) is certainly adept at making this movie work from a filmmaking standpoint, as his use of the camera evokes a lot of 70s thrillers.  It plays up the quiet of the surroundings quite frequently, is not filled with fancy edits, as opposed to solid visual storytelling, and, again, does a lot to suggest the thought of one being watched from all over.  Still, not much is made from that last bit, but the effort was there when it came to shooting the film.  The unfortunate thing is how screenwriter Steven Knight (Eastern Promises) did not deliver this time around.  I have no idea if the film was tinkered with after the fact or if a more satisfying script exists, but it really does feel like the story is the biggest issue this film has.

Closed Circuit is a film closing out this summer at the movies for a reason.  It does not have much to offer, beyond the presence of some very good actors doing their best to make a flawed film work.  For those seeking out a new legal thriller, this film hits some of the bare minimum requirements to be entertaining, sure, but I can’t say one has not seen other films, let alone various episodes of law-based procedural shows on BBC, tackling this type of subject matter to better effect. 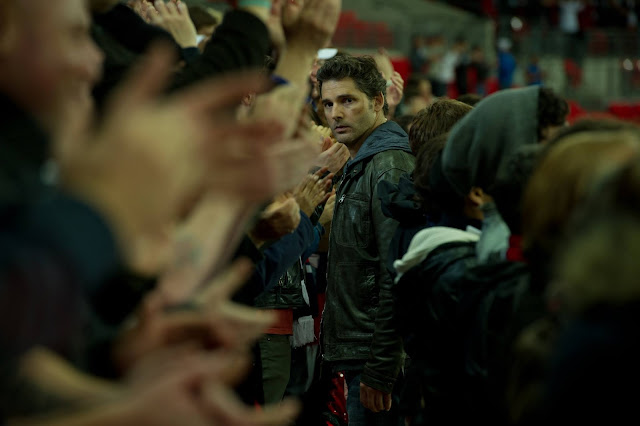