‘Only God Forgives’ Is So Terribly Artful 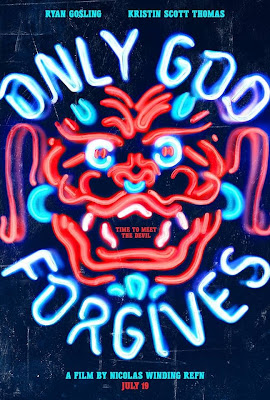 Billy:  Time to meet the devil.

There is always at least one of these films every year.  Only God Forgives is the kind of film that will be easily derided for reasons that can be very well argued, no matter how much can be said in its defense.  The film is incredibly stylish and focused on providing a delirious sense of place, as we follow two men traveling through the darkened underworld of a very seedy Bangkok setting.  The film is not without a sense of purpose, but that is juxtaposed with violent imagery, lengthy depictions rooms bathed in neon lighting, and a haunting soundtrack to have one continually guessing where all of this is really going.  There is always something to be said for a film that strives to be very different, but how does one go before considering whether the audiences is willing to make the same journey? 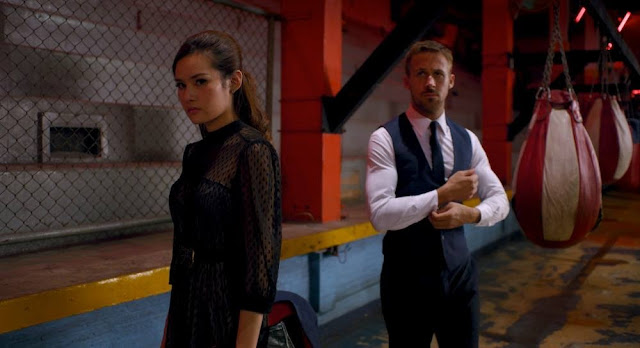 Part of me believes that writer/director Nicolas Winding Refn and star Ryan Gosling had a ball making this film.  As a follow up to Drive, this seems to be the film that they would have fun making together, because they are comfortable with each other, but are also happy to dive even further into the deep end, knowing that there was a portion of general audiences that really hated their previous film.  Even for those who did praise Drive, it could seem like Refn wrote Only God Forgives, with a hint of this mantra:  “If you thought that was a bit offbeat…”

Only God Forgives is a story of three R’s:  Revenge, Redemption, and Ryan Gosling looking incredibly handsome, while saying next to nothing.  One could say the story is fairly straightforward, once you break it down.  A man rapes and kills a young girl in Bangkok.  This man is then killed by the girl’s father.  The father is then punished by police Lieutenant Chang (Vithaya Pansringarm), who is seen as an “Angel of Vengeance”.  Gosling plays Julian, a man who runs a boxing club in Bangkok (which is the front for a drug smuggling operation) and also happens to be the younger brother of the now dead rapist.  Julian becomes involved once his estranged mother, Crystal (Kristen Scott Thomas), arrives with her eye on retribution.  What results is a cat-and-mouse game revolving around who needs to suffer and who can be forgiven. 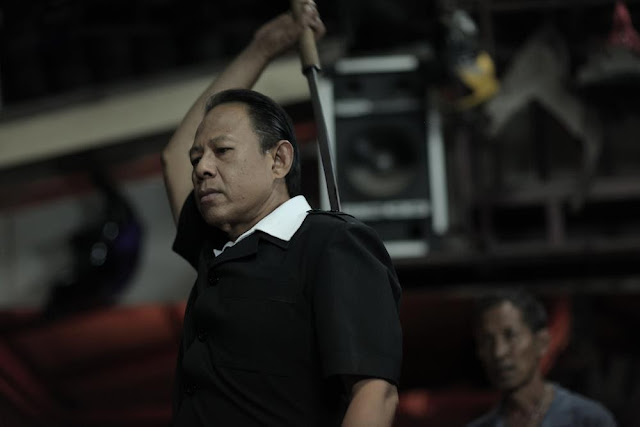 There is no saving grace in this film, if one wanted to have a likable character to get behind.  Sure, Gosling dresses quite well and can seem like a guy to root for in all of this, but there is next to nothing about him that seems relatable, aside from mother issues taken to an extreme.  Even Mai (Rhatha Phongam), the woman Julian is close to, works as a prostitute and serves more as an object for Crystal to mock, rather than a character.  One can certainly find some dark humor in just how far Refn allows this film to go, before cutting to Lt. Chang singing karaoke in a Bangkok nightclub, but the film is largely devoid of elements that make it enjoyable in a way that comes from a sense of joy, while watching it (not that it needs to).

Really, the film combines its surreal atmosphere with machismo and a near nihilistic sense of morality.  Assuming one is not completely bored with the measured pacing of this 88-minute film, all problems are solved by men shooting, slicing, or hacking off pieces of others.  The attempt to bring problems to an ultimate end falls on a challenge to a fight.  Crystal, the mother so wounded by the loss of her oldest son, has only one motive, and that is to have justice exacted in the death of the one responsible, while speaking emasculating insults to her younger son.  This is a nasty film that could be seen as beautiful in the wake of filmmakers such as Park Chan-wook (Oldboy and Stoker most recently), but it does not feel like one that elicits as much consideration regarding its overall theme, presentation, and resolution, compared to other haunting, psychological mindbenders. 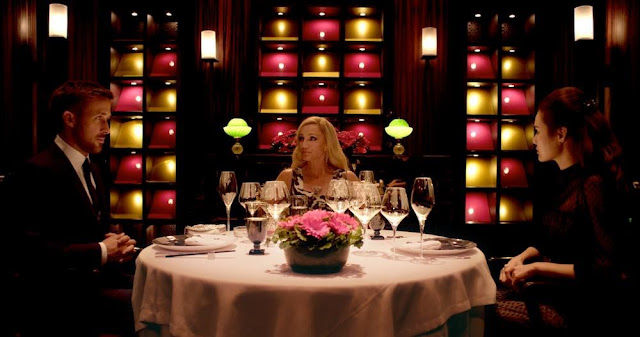 The film certainly looks fantastic throughout.  Whatever Refn is doing in regards to his visualization of films and the suggestions he makes to his cinematographer, production designers, and composer Cliff Martinez, is working to full effect.  Only God Forgives may be the most beautiful film that I really can’t say I feel much for, outside of a sense of mystery as to how I am really supposed to regard it.  At least Stoker was an exercise in style, which also happened to have this trashy, somewhat Hitchcockian story to tell.  Only God Forgives feels like it is coming up less than the sum of its parts, which is why I am ultimately going to fall into being very reserved when it comes to measuring up this film against others.

What else is there to say about this film?  I am not sure.  It is a violent, dream-like exercise in style, with a core story that pushes forward the notion of vengeance and what that does to men caught in its path.  Is there much to say about the actors?  Sure, Gosling stares intensely, Kristen Scott Thomas chews it all up, and Pansringarm makes for an intense and imposing figure.  With Refn set out to channel David Lynch and Stanley Kubrick, among other, Only God Forgives is definitely a film that can work for a particular audience set.  I can’t say that I was among those willing to enjoy its violent weirdness, no matter how stunningly photographed it was.  It takes a certain level of control to make a film as esoteric as this, but it also takes an audience member with the right set of keys to properly open up this mystery box of a film. 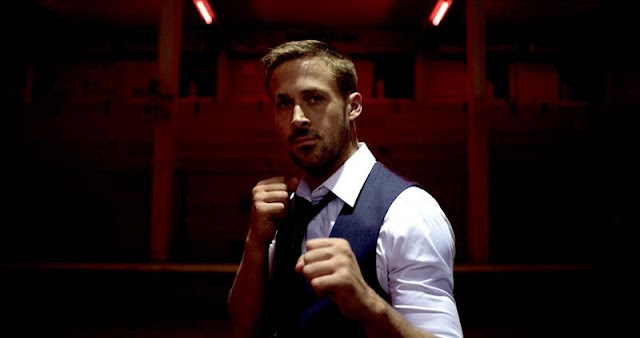