Lamb Next, Tiger Next, Fox Next, ‘You’re Next’ 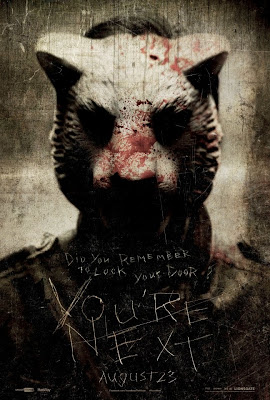 Erin:  Grab anything you can use as a weapon.

I was just talking about the effectiveness of simplicity in another review and now we have a simple and efficiently made horror flick, titled You’re Next.  Despite having been lingering around for a couple years, this is a horror flick that has maintained its positive buzz since debuting at the 2011 Toronto International Film Festival and ends up delivering.  Besides some minor details, You’re Next is by and large a straight forward slasher film that does not do anything new for the genre, but is a ruthless exercise in solid horror filmmaking.  It is sufficiently scary, features victims you generally feel bad for, and knows how to be both frighteningly violent, but also entertaining.  Cabin in the Woods may have done a number on the state of horror features, but You’re Next sticks to the basics and makes it work anyway.

To say a lot about this film would be unfair, but it is easy to provide the setup.  A family is meeting up for a small reunion at a large house in the country.  This includes the mother and father, their four children, and the various significant others for each.  Everyone is ready to hang out with one another, which includes traditional family squabbling, but there is one big problem; it turns out this family is being stalked.  A few masked figures, wielding axes and crossbows, make their presence known, as they begin to ambush the house and pick off members of the family one by one.  What’s an unsuspecting family to do?

The solution is actually a bit unexpected at first, but I am not going to go into it.  I’ll just say that this film manages to latch itself onto one character as the person who the audience can rely on to not make terrible decisions, as is common in slasher films.  With that said, in hindsight, I can’t say that anyone was really being that unreasonable in You’re Next, which is part of why I was happy to embrace it.  While not a satire, it is also not a film that is aware of the type of universe it is in, which can lead to characters acting a certain way, in an effort to make you anticipate the gore with glee.  The violence is portrayed in a realistic manner and the people on screen are not ones you want to see meet horrible demises. 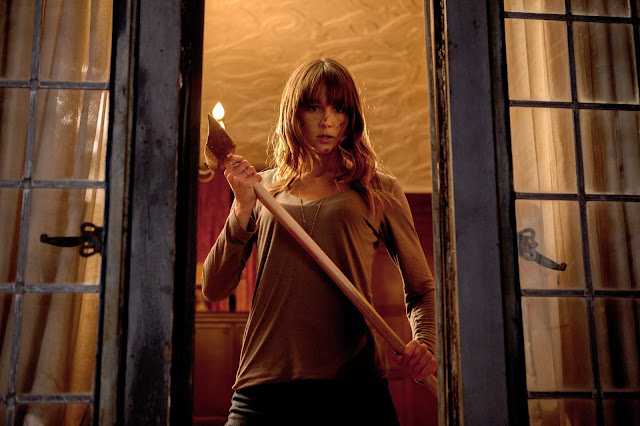 Part of that is casting.  As opposed to similar films, You’re Next features a cast made up of sober adults, as opposed to drunken teens.  They appear to be innocent people and you get a sense of this family simply achieved by providing a slice of life, as you witness about a day with them, before all hell breaks loose.  Given that we have about ten people to contend with, I was happier to get the sufficient broad strokes, rather than a too-labored setup, simply to get to the efficient horror scenario that takes up the majority of the film’s running time.

It should be noted that the film has its share of laughs, which come from the natural reactions to the scenarios presented and the manner of these characters, rather than not taking the horrific events of this film seriously.  I would hardly call You’re Next a horror-comedy, but it certainly is not a film that has a desire to sit in dourness throughout.  The fact that this cast of characters is largely made up of indie and horror filmmakers sort of adds to the humor as well, but that really serves as more of an in-joke for the horror junkies that are really into what writer Simon Barrett and director Adam Wingard have to offer. 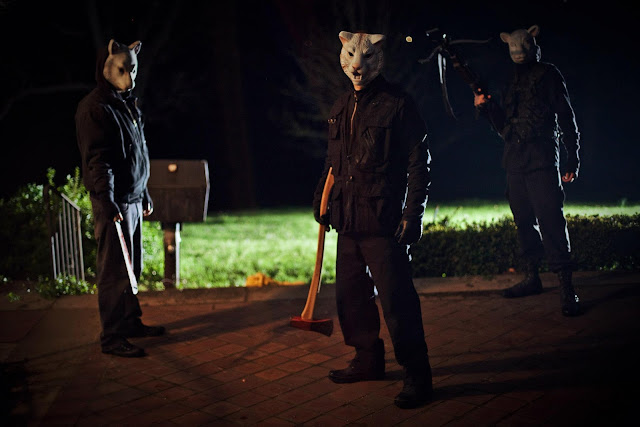 There is one particular issue I have, which is what holds me back from proclaiming You’re Next as the best horror film of the year (although repeat viewings could change my mind).  It involves the scariness of the threat.  Without delving into details, I will just say that the unknown is scarier to me than the explanation and while I do appreciate how the story develops and we get an idea of why certain things are transpiring, I also think the horror is a bit diminished by this.  That said, there is something to be said for how a shift in the film has you rooting for someone, instead of anticipating carnage, so it will entirely depend on what scares a viewer versus what they want to see in this kind of horror film.

I have been careful with spoilers, so there really is not much else to say.  You’re Next is a solid horror film.  It has the kind of violence and scares in it that will satisfy an audience, but does not forget to be an entertaining film overall, either.  It is well made, as it works with a small budget, but looks pretty great throughout.  And the film rarely lets up on its sense of dread, regardless of how scary it may be.  Being simple and efficient is never a bad thing if a film knows how to deliver on what works.  You’re Next knows what works and sends some well-placed crossbow bolts in that direction.

Erin:  Thanks for the help by the way.
Felix:  …You seem to have a handle on it. 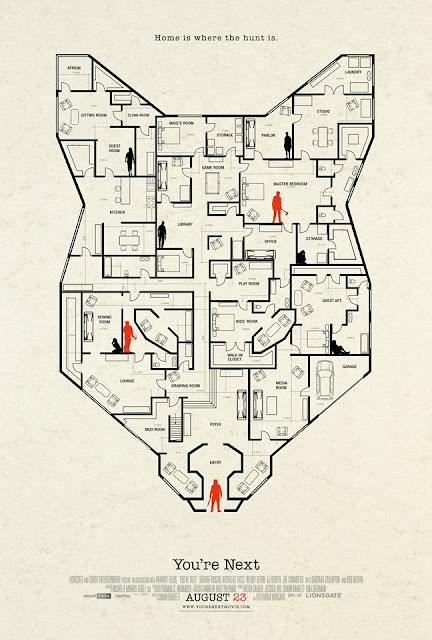 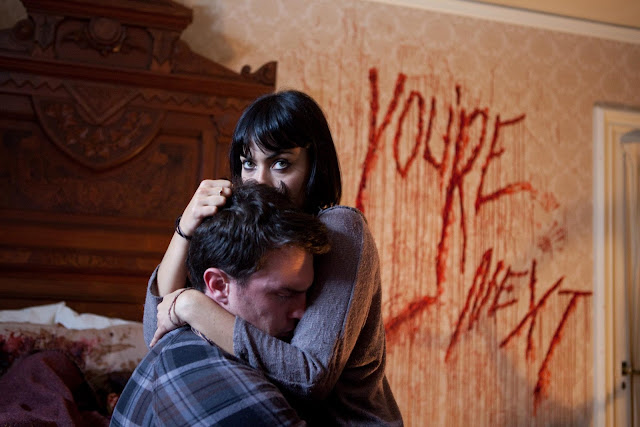