‘In A World’ Where Voice-Over Artists Get Their Own Film… 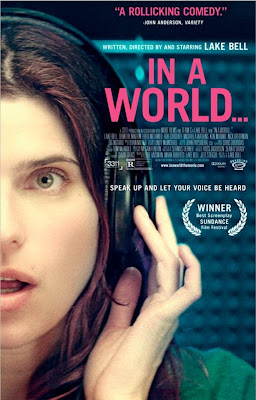 Sam:  The industry does not crave a female sound.

It is almost strange to get that feeling where everything about a film you are watching clicks together.  Regardless of how open I try to be when seeing a movie, sometimes you just don’t expect certain films to hit you in a certain way.  I like actress Lake Bell, who also served as writer, director, and producer on In A World, and was expecting a decent comedy out of her film, but I was really impressed with what I got.  In A World is a very well put together comedy that has practically everything I would want to enjoy: fun characters, a smartly written script, some good laughs, an original story, and even a few themes for the film to hit upon.  It has a sense of honesty to it as well, which is made all the better by the fact that I had a really good time while watching it and seemed to be acknowledging this fact to myself, while watching it.  It is always nice to get a surprise such as this.

Lake Bell stars in the film as Carol, a vocal coach with a desire to do voice-over work for movies and television.  She is the daughter of a legendary voice-over artist, her Sam Soto (Fred Melamed), who has always overshadowed her.  While Carol longs to get more work in voice-over, Sam has aligned himself with the current voice-over king, Gustav Warner (Ken Marino).  This notion is challenged when Carol happens to sub in for a gig that Gustav had booked, leading her to find more success in an industry that does not traditionally use females for voice-over work.  With Carol getting more work, the possibility of landing a voice-over role that may invoke the classic movie trailer words, “In a world,” becomes a big source of competition for everyone involved.

For those unaware, “In a world” was a phrase made famous in trailers by real life voice-over actor Don LaFontaine, who passed away in 2008, which the film is clearly indebted to.  Additionally, the film features several supporting roles, including Michaela Watkins and Rob Corddry as Carol’s sister and her husband, Dani and Moe, whose relationship is tested over the course of this film.  Demitri Martin plays Louis, an audio engineer with a crush on Carol.  And there is an assortment of other characters including Geena Davis, Nick Offerman, and Eva Longoria as herself, struggling to perfect a cockney accent for a movie.  It seems to be clearly made up of people Lake Bell is friendly with, but that does not stop everyone from being quite effective in this film. 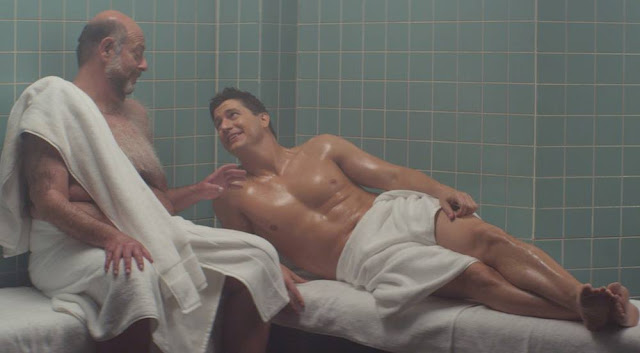 Something I really enjoyed about In A World was the way it allowed all of the characters to become important and have separate arcs.  Bell is not afraid to take the spotlight off of her own character and allow others to have many big moments.  In fact, it works to the film’s advantage, as Carol goes through quite a positive series of events over the course of the film, as she keeps finding new success in the world of voice-over, while the people’s lives around her begin to fall apart.  There is the required drama to bring her story to a close of course, but I really liked how this was a positive movie for the main character, rather than one that would drag her through mud, before giving her a silver lining.

With that said, while I was really enjoying Lake Bell’s work as Carol, the whole cast is quite good.  Fred Melamed as her father is such an odd screen presence, as the man clearly contends with being a jerk who loves to be on top, yet Melamed’s dry delivery of lines makes him this very entertaining actor to watch.  Demetri Martin makes the nervous energy that his character is supposed to have really work to full effect.  Ken Marino is clearly game to have fun as the oaf.  Michaela Watkins does solid work as Bell’s sister, Dani, who is challenged in a way that feels natural, without overdone.  And really, Rob Corddry ends up being something of a standout, as he holds up some dramatic beats that work quite well, while also serving as a fun comedic character in various instances.  In A World has a great cast and it gets great mileage out of each member. 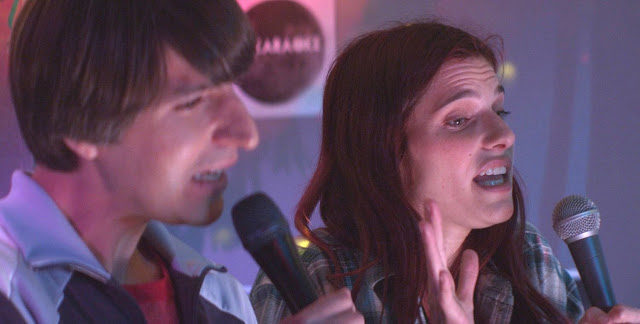 Given that Lake Bell is the reason this film exists, it should not go without saying that In A World manages to find the right ways to approach the fact that women are rarely heard in movie trailers and television ads, as far as voice-over is concerned.  While the film doesn’t exactly want to be completely about having a message to deliver, it does feel like Bell was curious about this industry and had a fun and interesting time developing a story based around this point.  There is some light satire at play, which benefits the film overall, as it does come out as a sharply written comedy, which takes some light jabs at the industry, and does not just settle for being an excuse for romantic comedy shenanigans either.  In A World is a smartly made film, which has something to say, but does so in an amusing manner, and layers in plenty of other material.

Really, the film is just very solid all around.  I had a lot of fun with it, constantly chuckling at the banter between characters and random asides.  There was a lot to appreciate about the story and how it unfolded.  At times it even felt relatable in terms of watching a character deal with the various paths that lead to doing what you think you are good at and basing it on what you have a passion for doing.  The fact that the cast felt entirely comfortable with the material on screen and that the film is quick-witted and quick-paced makes In A World a real winner overall.

Carol:  You sound like a squeaky toy and it’s bad for the species. 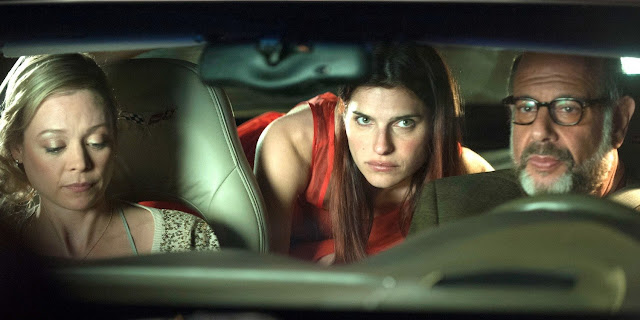 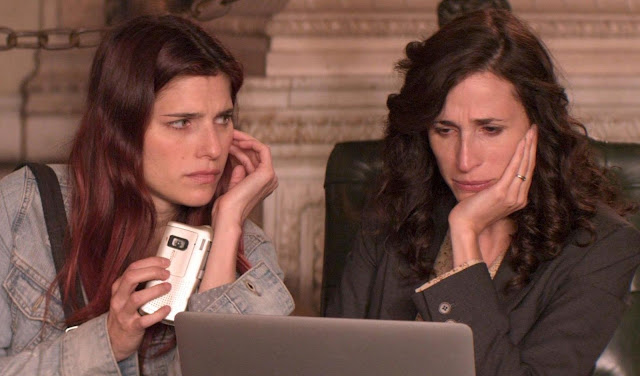