‘The Bling Ring’ Gets Caught In Coppola’s Clutches 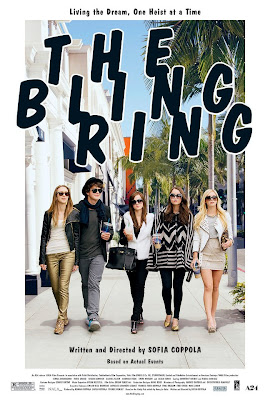 The Bling Ring is Sofia Coppola’s 5th theatrical feature and it seems like her least essential effort.  Coppola’s confidence as a filmmaker is certainly apparent, though this film, much like her previous film, Somewhere, relies a lot on repetition.  Much different from Somewhere, however, The Bling Ring is a film that is much more dynamic in pacing and use of edits.  Regardless, whether it is the subject matter, the characters, or the basic presentation, something about The Bling Ring made it only satisfying to an extent, as I felt it ended up having about as much depth as some of the personalities of the characters we see in the film. 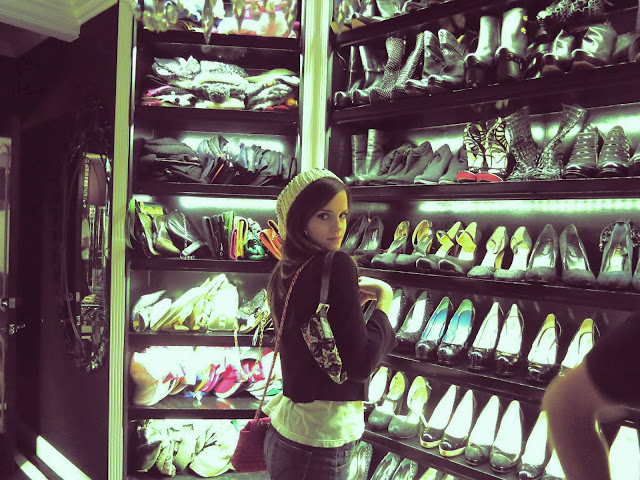 Getting the plot out of the way, The Bling Ring is about teenage robbery.  Inspired by actual events, a group of fame-obsessed teenagers, Rebecca (Katie Chang), Marc (Israel Broussard), Nicki (Emma Watson), Sam (Taissa Farmiga) and Chloe (Claire Julien), use the Internet to track celebrities' whereabouts in order to rob their homes.  They manage to break into the homes of celebrities that include Paris Hilton and Lindsey Lohan (with relative ease), but the fun that they have can only last so long.

Not that it really needs to play as some sort of declaration, but I am a fan of Sofia Coppola, the filmmaker.  Each film of hers is one that I have enjoyed, regardless of the shift in style.  Full-disclosure, I have not seen all of Marie Antoinette, but with that said, I have enough of an opinion of Coppola as a director that I feel I can gage my thoughts on her accordingly and know how to measure up her films in the case of new entries in her filmography, as well as when it comes to discussing or writing about other filmmakers with similar qualities.  With that out of the way, The Bling Ring really only leaves me with so much to say about the film.  The pieces are all in place, but can’t say the picture was all that interesting. 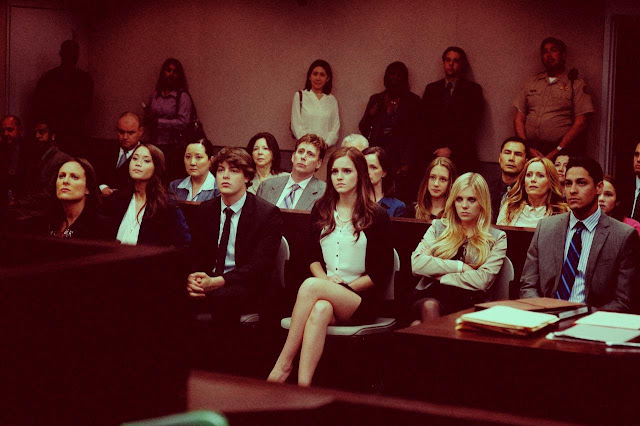 The young actors featured are certainly talented, as I do not think any performance falls flat.  In fact, I would say that Broussard and Chang made for a fine duo, given that they are the ones who kick off the titular Bling Ring.  Watson is the clear standout, given that she is the ‘biggest’ character in terms of having a personality to really put on display, whether it is her thieving attitude or the one she puts on when it comes to denying her involvement to the authorities.

Even in the actual depiction of the robberies, there is a lot of interesting choices made to show off how these situations could have actually occurred and providing some cinematic finesse to the scenarios.  The best example is obviously a long take, shot from a distance, which follows Rebecca and Marc, as they move through a house made up of glass windows.  We see the whole robbery take place in real time and it is perhaps suitable for the list of best moments in a Sofia Coppola film.  With the aid of the late cinematographer, Harris Savides, Coppola certainly had a lot in mind for the visual aesthetic of the film, which put her into newer territory than before, given the story and characters involved. 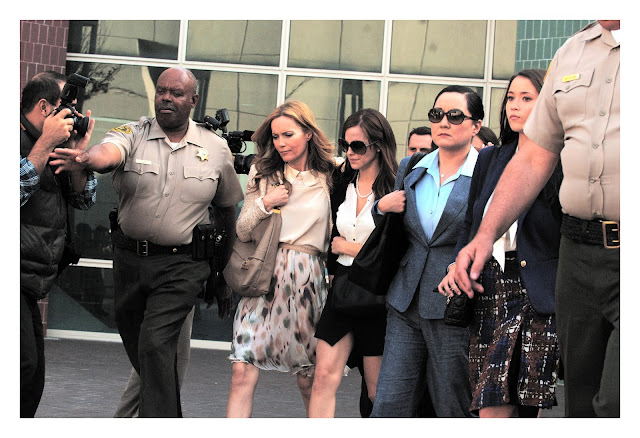 Still, as much as I liked this movie enough to give it a mild recommendation, the issues come down to what this movie is trying to do.  Obviously there is an effort being made to show how a fame-obsessed culture goes to the extreme to become a part of that famous atmosphere, with the added benefit that this film is based on a true story.  That said, The Bling Ring had me wondering how many times I needed to see the crimes go down before something new happened.  I understand that these things happened, but if my curiosity leads me to think, “What else is there,” then I guess I am not really into seeing the full extent of these criminal activities.

Once the film does move into what happens when the authorities get involved, the movie is pretty cut and dry.  Save for a few more fun scenes with Watson’s character, The Bling Ring ends in a pretty straight-forward manner, only providing glimpse at a movie that could have had more to say.  That said, Sofia Coppola is not exactly the director that likes to explain her films with obvious giveaways involving the motifs, but at the same time, I was not exactly left with the strongest feeling towards the film, once it had ended.  There are instances that involve characters being interviewed after-the-fact, which is sprinkled throughout the film, but even these moments are incredibly rare, as if the notion was given up on midway through. 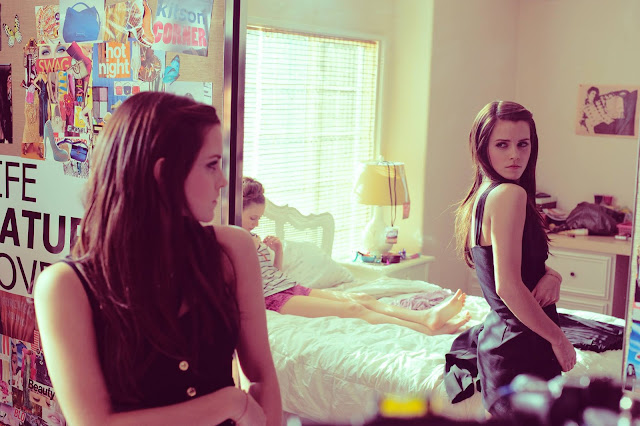 The Bling Ring is fine overall.  I wish I could have enjoyed it more, given how the actual depiction of the crimes and the fallout, separated into moments, were well-constructed and entertaining to watch.  However, even with a film that is already pretty short, I could not find myself attaching to what the film had to offer.  Despite a strong cast delivering lingo fit for fame-obsesses teens from Calabasas (and a snappy soundtrack to go with it), The Bling Ring was not the most enriching experience.

Nicki:  I'm a firm believer in Karma and I think this situation is a huge learning lesson for me... I want to lead a country one day for all I know. 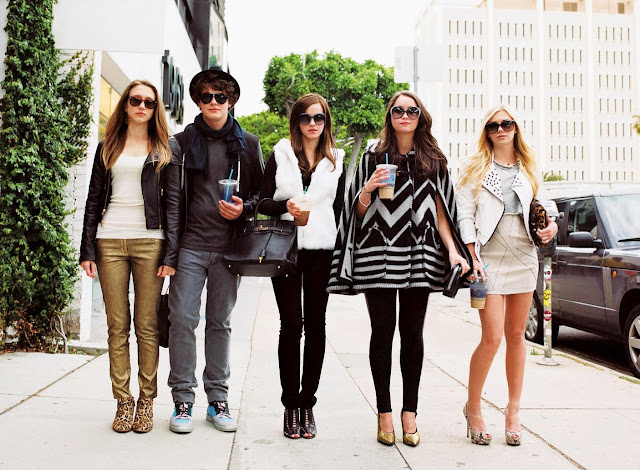 Aaron is a writer/reviewer for WhySoBlu.com.  Follow him on Twitter @AaronsPS3.
He also co-hosts a podcast, Out Now with Aaron and Abe, available via iTunes or at HHWLOD.com.
By Aaron Neuwirth
2013 Films Based On a True Story Claire Julien Comedy Drama Emma Watson Israel Broussard Katie Chang Leslie Mann Sofia Coppola Taissa Farmiga
Reactions: