‘Red 2’: Those Wacky Elderly Are At It Again 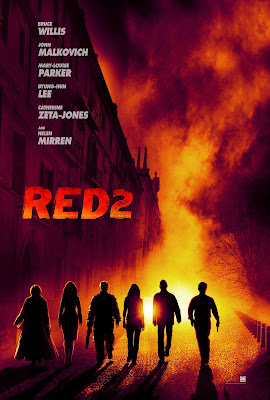 Marvin:  You haven’t killed anyone in months.

A few years ago audiences were treated to RED, a film based off a not-very-well-known comic, which centered on the idea of a retired CIA agent getting back into action.  While the film was nothing like its comic counterpart, it got by on its playful sense of humor, fun cast, and the fact that it allowed Helen Mirren to wield a mini gun.  For whatever reason, a sequel was green lit and the results are far from great.  Red 2 does not have a whole lot of novelty this time around, as we are already used to the concept of older folks cracking wise, while cracking skulls.  It does not help that the film has an alarmingly twisty narrative that relies on globetrotting and double crosses throughout, but still never manages to be compelling.  The loose tone is definitely still apparent, but I can’t quite say that I needed to watch more of these retired, extremely dangerous folk. 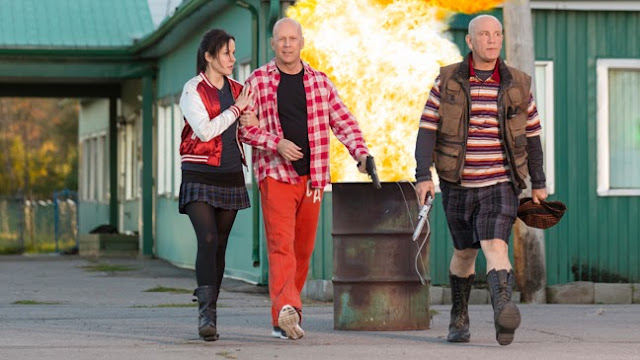 The story picks up a couple years after the events of the first film.  Frank Moses (Bruce Willis) is content with living a life as a retired black-ops CIA agent, but Sarah (Mary-Louise Parker) is growing restless, knowing that her beau is capable of taking them both into exciting adventures.  This chance arrives, as Frank’s pal and paranoid ex-agent Marvin Boggs (John Malkovich) makes it known that he and Frank are currently wanted by the government and they must clear their names.  This prompts Frank and Marvin to get ready to get back into action and Sarah insists that she must be involved as well.

Pretty standard setup:  former heroes have been framed and they must now clear their names.  It has been done a lot and is not an inherently bad plot, but after a setup that gets things moving in what seemed to be a positive direction, the film then settles into an odd groove of miscalculated efforts to make this film hilarious, even though no one really seems to be trying too hard, which is a shame.  Throughout this film I was feeling quite aware that more effort was put into making this film more of a comedy than an action film, which was the opposite the first time around, but this really did not help.  Everyone certainly looks like they had fun making the film, but that clearly does not always translate to fun on screen.

The original screenwriters, Jon and Erich Hoeber, return, with director Dean Parisot (Galaxy Quest) at the helm, but it seems like they end up leaning on what they think made the first film work well enough, which results in an awkward attempt to have these characters say and do things that will get a rise out of the audience.  Malkovich, for example, was hilarious in the first film, but in Red 2, every one-liner he has is pretty much falling flat.  Mary-Louise Parker feels like the most unfortunate casualty, as she has gone from charming in the first to straight annoying in this sequel, simply because the movie refuses to go anywhere interesting with her, instead having her act jealous around one of Frank’s old flames.  By the way, there is little done to really catch the viewer up with the first film, so newbies should have fun figuring this film out if they haven’t seen the first.

As we see more of the story, things become more seemingly complex, even though the plot remains pretty thin.  Basically, there is some kind of weapon that can destroy an entire city and various people want it for different reasons.  New characters are introduced, including Miranda (Catherine Zeta Jones), who serves as a Russian agent and “Frank’s Kryptonite”; The Frog (David Thewlis), a wine-loving assassin; Han (Lee Byung-hun), currently the best assassin in the world who has been hired to take out Frank; and lastly, there is Edward Bailey (Anthony Hopkins), the one man who may know what is at stake, who also happens to have been locked in a mental facility for 30 years.  Oh, and Helen Mirren does return for various stretches of time, because her antics as Victoria the amazing sharpshooter are fun to watch. 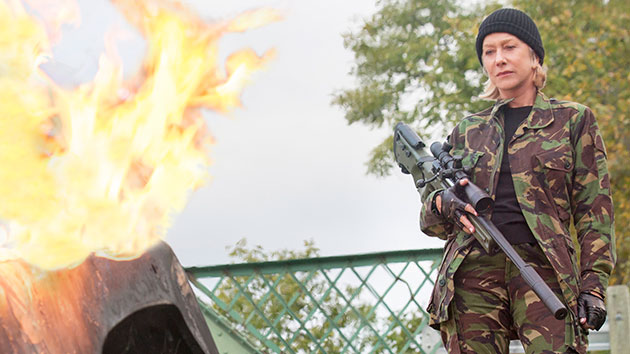 It is becoming most interesting to watch Bruce Willis in movies where it is clear he does not really care.  Singling out things about why Red 2 fails as a film is easy enough, but given that this is a year where Willis has appeared in a number of films as the same sort of action guy who is great at what he does, playing a game with myself where I figure out just how committed to a scene he must have been, is starting to make it easier to accept his incredibly laid back style of acting in mediocre to terrible movies.  In Red 2 it just feels obvious that Willis is in sleepwalk mode.  The first film at least had the added benefit of making his attitude fit into the world that needed building, where the action is just second nature to all of these guys, but Red 2 has nothing fresh to offer Willis’s character (along with the other returning actors) and it shows.

Not much else was really a benefit for this film either, so I have to mainly give credit to some of the action, which is fairly well shot, given that the film is a comedy first (and much cheaper looking), and also praise the work from two of the actors involved.  The Han character could have easily been a throwaway role for any Asian actor with fighting skills, but Lee Byung-hun really makes it work in a fun sort of way.  Similarly, Hopkins could have easily just accepted the check for this film and moved on, but even when he’s not really “trying”, the man still shows off his talents in the slightest of roles.  I can’t say the same for Catherine Zeta Jones, who really struggles to hit her comedic beats, but she is at least overshadowed by Mary-Louise Parker. 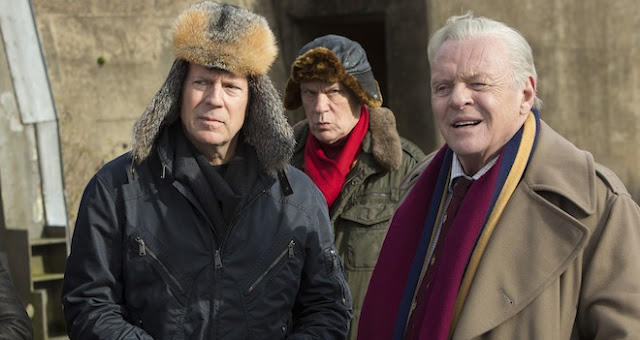 Unless you really loved the characters in the first film and can’t wait to see what other shenanigans they can get into, it would be better just to lay this series to rest.  Both films play as a non-serious action film, with old people doing the darndest thing, but this sequel really plays up the sitcom angle.  The problem is that the film is way too slight.  The stakes don’t matter, the comedy is rarely rousing, Willis doesn’t care at all, and everything ends up feeling more awkward than good.  Red 2 is an unneeded sequel that loads up characters, but fails whatever mission it thought it had.

Victoria:  It’s important to enjoy life while you still can. 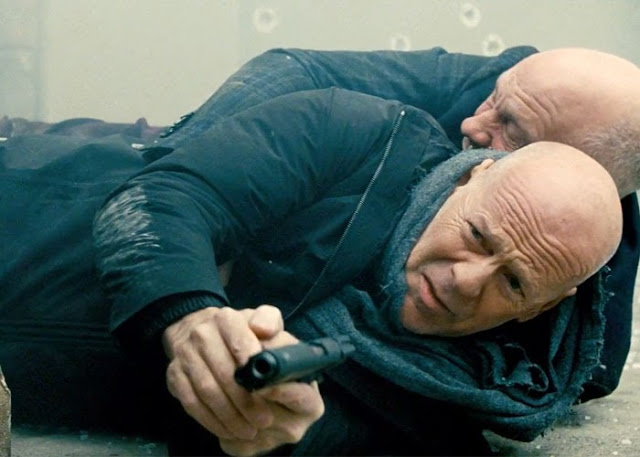