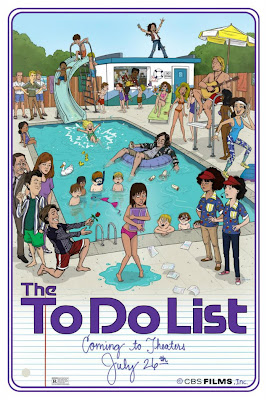 Amber:  Freshman year at college is like one big sexual pop quiz.  You need to do your homework.

I should start by saying I liked this movie.  The To Do List is a fun summer comedy that mixes absurd raunchiness and some sincere qualities in terms of what the journey means to the lead character, when all is said and done.  It also happens to be another coming-of-age film, which will be in far less theaters than some of the bigger comedies, but still fits the bill of a little indie that could, were it to break out.  Also, it’s a coming-of-age film that was written and directed by a woman and centers on a female character.  I am not one to do too much discussion about gender politics, but aside from being a pretty funny (and filthy) movie, it is coming from a perspective that does not get seen as much, when it comes to these sorts of stories.  Emphasizing once again that I liked the film, it does help that this is not only a movie by a women, starring a women, in a genre generally dominated by boys, but one that does not throw that fact into your face. 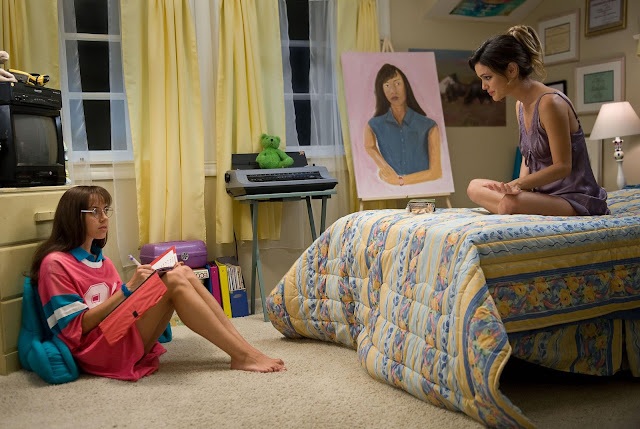 Aubrey Plaza stars as Brandy Clark, an incredibly bright girl who has just graduated from high school at the top of her class.  Given her status as a goody-two-shoe, it comes as little surprise that she is also a virgin.  Due to some embarrassing events at a party and a realization that college will pressure Brandy into sex, she decides that having sexual experience is a must, leading her to compose a to do list of sexual activities, with the ultimate goal of losing her virginity by the end of the summer.  There are two additional things to point out.  First, the film takes place in 1993, so Brandy is not exactly going to have the best references for certain sexual acts at her fingertips, but she will be able to wear some ‘skorts’.  Second, this to do list does not limit Brandy from hooking up with just one guy, as she is willing to get it from anybody willing.

The film has a bevy of co-stars, all of whom are fun comedic actors, mostly over the age of 25, despite mostly playing recent high school graduates.  Alia Shawkat and Sarah Steele play Brandy’s best friends Fiona and Wendy.  Johnny Simmons plays Cameron, the boy who has a crush on Brandy, but is also unknowingly used for items on the list.  Scott Porter plays Rusty, the hunk that Brandy pines over.  Bill Hader is Willy, the manager of the pool that Brandy works as a lifeguard at.  Rachel Bilson is Amber, Brandy’s older and more sexually experienced sister.  Clark Gregg and Connie Britton play Brandy’s parents, one of whom is more conservative than the other.  And then you have other actors such as Christopher Mintz-Plasse, Donald Glover, Andy Samberg, Adam Pally and more recognizable faces to fill out the cast. 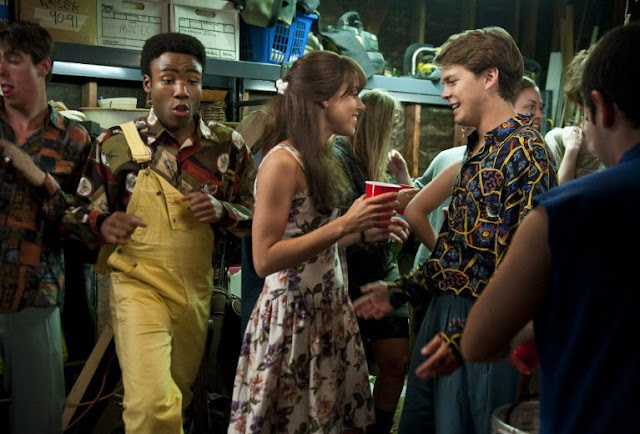 By listing all of these people, it basically serves the purpose to emphasize why this seems like a film that many people wanted to be involved in, despite the fact that just over $1 million was spent to make it.  Given that Bill Hader is married to writer/director Maggie Carey as well as an executive producer on the film, it seems like many favors were called in for the sake of bringing together a talented cast, which works to the film’s benefit, because I did find the biggest issue of the film to revolve around how the runtime is essentially filled out by many sketches surrounding the central premise, before adding up to how the ultimate goal and message of the film is achieved.  Having this large ensemble comedic team leads to a lot of very funny scenes.  Some are incredibly funny due to the approach by the actors, others are based on what appears to be improve-heavy takes and one-liners, a lot of jokes are derived from the film’s time period, and the rest are basically dependent on the incredibly amount of raunchiness (despite the lack of nudity in this film) that is on display.  With a less talented cast, this movie could have fallen pretty flat, but The To Do List gets a lot of mileage out of keeping the entire cast involved throughout.

Along with being funny, I do give The To Do List a lot of credit for the way it handles the role of sex in a movie.  Given that you see many movies of the raunchy variety revolving around guys freewheeling it and doing whatever they like in order to get some, while many female-centric coming-of-age stories have a strong focus on the hang ups about why to or why not to have sex, it was incredibly refreshing to watch a movie like this, which basically pushes all of that aside.  Sure, the movie is focused on a character coming out of her shell and accepting the idea of sex being something of a big deal to an extent, but the way Brandy and the rest of the cast act so nonchalantly about the very idea of participating in types of sexual actions, discussing various sexual acts, and not focusing on traditional repercussions is something that made this film appealing in ways not often seen.  I would not call this a game-changer in any way, but given the small scale of this film versus what it tries to accomplish, I was impressed at how this film worked at delivering on its concept. 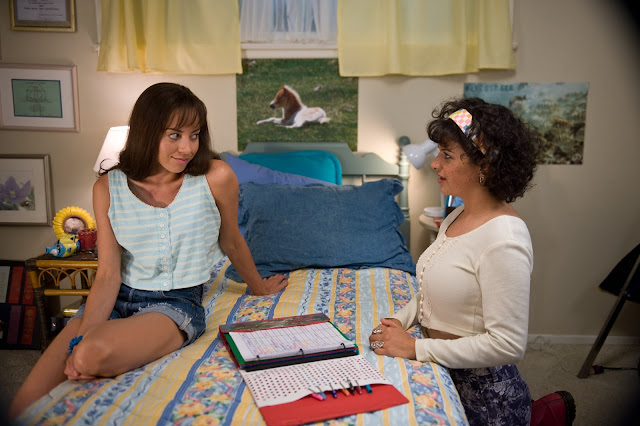 There is more I could say, but it would basically reveal too many things involving where the laughs came from.  Comedy, as always, is subjective, and this sort of raunchy comedy can easily turn many off.  I think The To Do List works.  It made me laugh quite a bit, even if the tone and runtime provided too much of a sitcom-y vibe at times.  The cast is very solid, the 90s references are aggressive, but humorous, and the after-the-fact attitude regarding sex in the film was a refreshing take.  All of this and the film was still put together for very little and is bound to gain a moderate amount of success at least. Kudos to that. 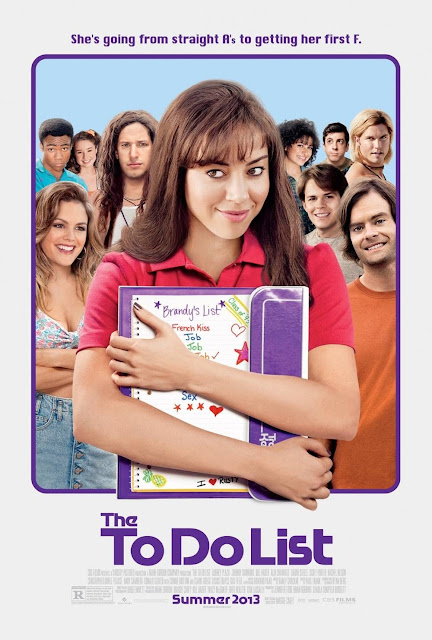 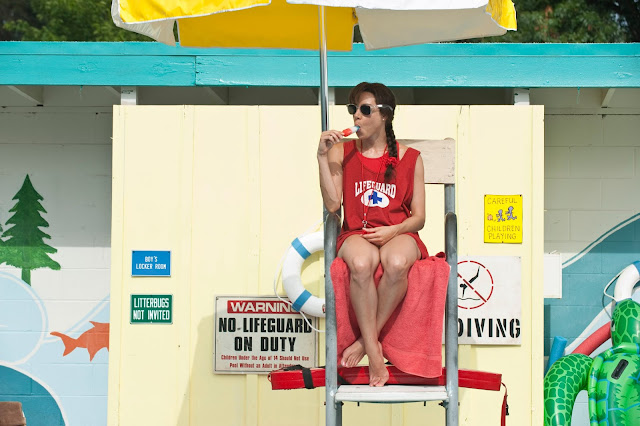