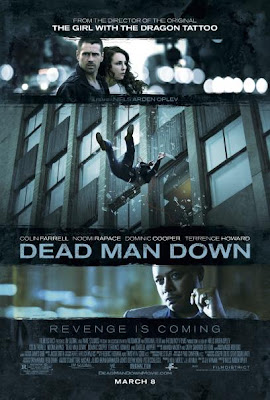 Beatrice:  I know why you came down tonight.  You want to know if the girl that’s been watching you saw what you did.

Here is another movie that displays the ever filmable tale of revenge and the complexities involved.  Dead Man Down brings forward an interesting challenge, as there are a lot of good things about it that I would like to recommend, even though I do not think the movie pulls through in the end.  Of course, it is a challenge week after week to display my opinions on these matters, so there you have it.  This film features several talented actors giving strong performances, some interesting story elements that do a decent job of separating it from other revenge tales, and some somber, but stylish direction in a lot of instances.  For the most part, Dead Man Down plays as a very fancy B-movie, which is only undone once it drives a literal truck through its third act. 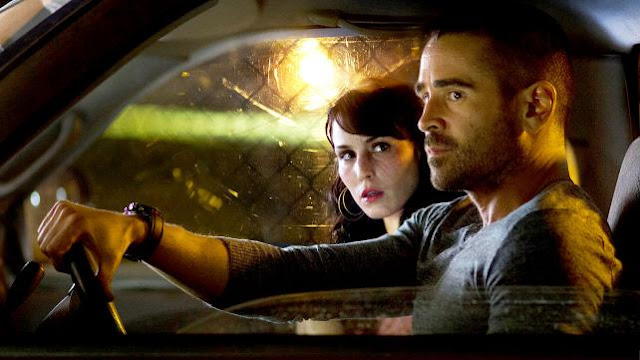 The film stars Colin Farrell as Victor, a member of a criminal organization ran by Alphonse (a very well-groomed Terrence Howard).  At the start of the film, we know that Alphonse has been receiving cryptic messages, with members of his organization turning up dead.  Victor and his friend Darcy (Dominic Cooper), another rising player in this organization, are looking into it, but Victor becomes distracted by the woman living on the apartment adjacent from his own.  This woman is Beatrice (Noomi Rapace), who often waves at Victor from her balcony to his.  Beatrice has suffered tragedy in her life, as she was in a car accident, leaving her face disfigured.  Spurred on by her mother (Isabelle Huppert), Beatrice asks Victor out on a date.  However, Beatrice reveals that she has much more invested in meeting Victor, as she has witnessed him do something horrible and blackmails him into assisting in her own plan of revenge.  Both of these characters are lost souls and bond, despite what has come between them, thought there is still much more to this story.

An argument can be made that there is too much to this story.  In an effort to separate this revenge drama from others, the film adds multiple subplot that all relate to one of the two revenge stories going on, but not everything comes together all that effectively.  As a result, the film feels long and the solution is to wrap it up in the way that seems to come most naturally in a Hollywood production:  a big action climax that takes away from where the story could have gone.  I do understand that this should not have been unexpected, as the film is a B-movie, overall, and it delivers on having an opening, middle, and closing action set piece, but Dead Man Down does approach times where a smarter solution to certain scenarios could have been seen, rather than the most convenient one. 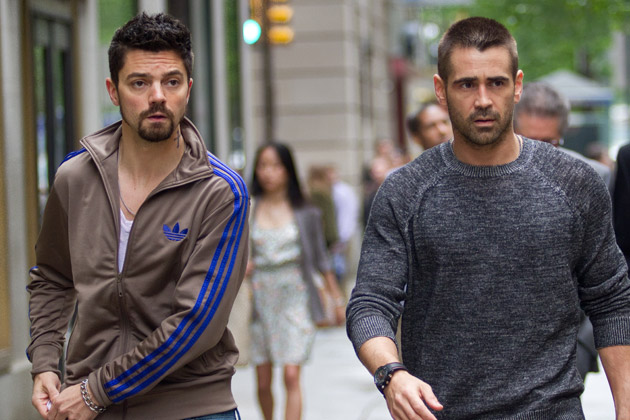 Dead Man Down was directed by Niels Arden Oplev, who was responsible for the original The Girl with the Dragon Tattoo film and brings a very similar seriousness to this film, which is only relieved by flashes of humor, both intentional and unintentional.  Oplev seems to relish the opportunities to portray as much angst and earnestness in his lead characters as possible, but also has some fun in the action beats, which involves some slickness.  While the geography of certain scenes are basically depicted to make everything work out for Colin Farrell, I did enjoy the fluidity of the camera in a lot of instances and the fact that I could clearly comprehend the action taking place.

The screenplay by J.H. Wyman does not feel as polished as the direction.  Given that revenge is an incredibly popular motif for film, it is not so much that this film has little to add that I haven’t seen, it is more that it had opportunities that could have been delivered on, but weren’t.  Two characters, in particular, could have used a lot more development, which would have provided the film with more layers, but then it would have been a deliberately paced film with an unwieldy length.  I would not be surprised if there was material left on the cutting room floor, but at the same time, dialing back some of Farrell and Rapace’s redundant scenes could have provided more room for the ensemble. 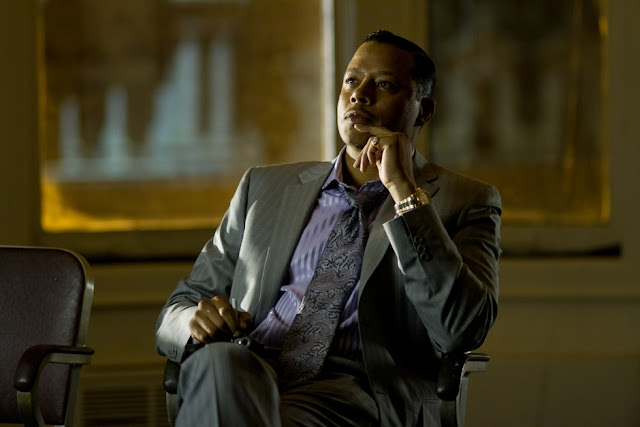 In regards to the actors, they provide the main strength of the film, along with some of the directorial touches.  Farrell is very restrained in this film and manages to be quite effective at emoting through his visage, more so than through dialogue, even if too much time is spent on him literally looking at why he is doing what he is doing.  Rapace is good as well and the two of them share an awkward chemistry fitting of their characters, which is handled quite well until the ‘damsel in distress’ finale.  Huppert brought much needed warmth to the film, given how gloomy the tone is throughout.  I really enjoyed Dominic Cooper, who I think is underutilized as Victor’s best friend.  More could have been done to emphasize this friendship, which would have, in turn, benefited the finale.  Howard is also underutilized, as the man seems more like a reasonably irritated mob boss, rather than a villain truly deserving of some sort of comeuppance.  If I were to follow the logic of a film only being as interesting as its villain, I think it bares noting that I’m pretty lukewarm on the film overall.

Which leads me to the film’s ending.  Dead Man Down would have been a mild recommendation, but it is taken apart by an ending that feels like Wyman either ran out of ideas in his script or test audiences hated a possibly smarter option.  It must be the first option, as the film does build to its action climax, despite teasing the idea of something else being the location of the film’s finale.  Regardless, however well shot the action may be, Dead Man Down suddenly drops the idea of placing weight on what it means in killing another person for the sake of a hero doing all he can in the face of maniacal danger. 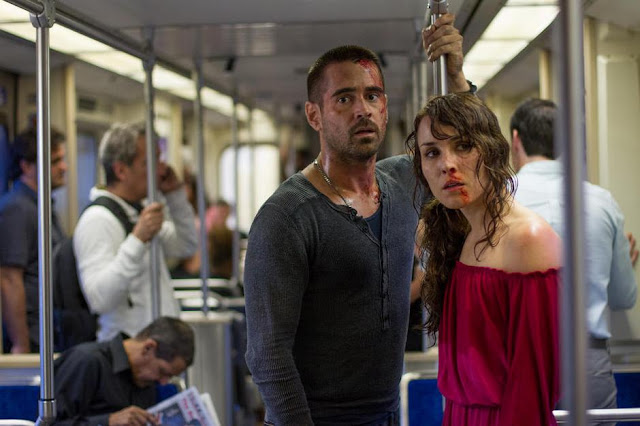 Infiltrating the mob and going after revenge are old stories, but not ones I am sick of.  Modern examples such as Eastern Promises, Leon (The Professional), and Ghost Dog: The Way of the Samurai are all similar films that excel due to their direction and better handled screenplays and characters.  Dead Man Down feels like a film that nailed a certain tone, but took too many shortcuts to really deliver on being a smarter film.  It is fairly stylish, well-acted, and made for an adult crowd, but not as narratively confident as it needs to be to reach higher acclaim.  Revenge can be deadly, but taking it too far can be a liability.

Victor:  You know what it is to kill a man! 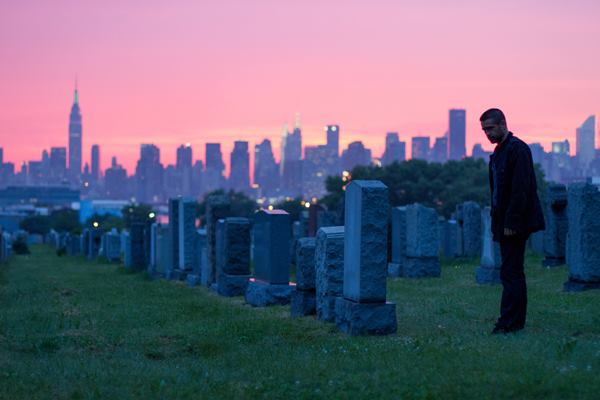