Consider Your Options Before Accepting ‘Admission’ 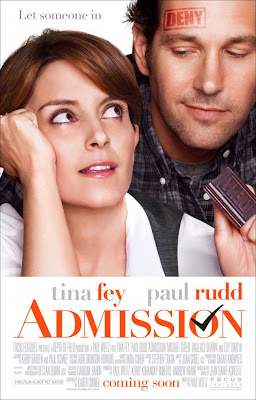 Portia:  You all want to know the secret to getting in.

Admission is a film that I do not have anything against, for what it is, but I also do not have a whole lot to say about it, as the film is pretty bland.  At this point, I saw the film a few weeks ago and it really did not make much of a lasting impression.  In regards to its setting and what we learn about an admissions process, the story presents something new, to an extent, but the film is still fairly predictable.  It would be hard for a film that stars Tina Fey and Paul Rudd to be unlikable, which is why I do not outright despise the film, but Admission has a lack of energy in a film that has stars capable of spouting fun zingers. 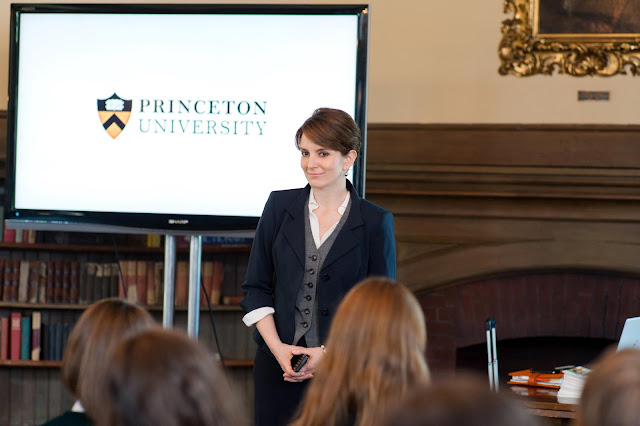 Tina Fey stars as Portia Nathan, an admissions officer for Princeton University.  She is a straitlaced woman, very neat and organized in how she presents herself and does her work.  Her job revolves around reviewing and making cases for potential students of Princeton.  She also takes trips to high schools to explain what Princeton could be for those who consider applying.  It is during one of these trips where Portia meets John Pressman (Paul Rudd).  John runs an alternative high school, which is home to a particular student, Jeremiah (Nat Wolff).  Jeremiah is an unconventional, but gifted student, whom John really wants to get into Princeton.  The added dilemma comes when John reveals that Jeremiah could actually be Portia’s son, whom she gave up for adoption many years ago.  Portia is now presented with all sorts of questions regarding how she should handle this scenario, prompting her to consider either accepting or denying this new direction in her life.

Putting Tina Fey and Paul Rudd in a film together seems like a combination that could have led to a lot of good fun.  Unfortunately, Admission seems less concerned with truly harnessing their comedic potential and pushing forward a story that does not have much in the way of surprise.  Fey and Rudd are certainly capable as dramatic actors, just as they are with comedic material, so I can’t say that either of them give bad performances, but the film manages to downplay their chemistry in favor of having them, instead, capping off scenes with the kind of screwball energy that I wish this film had a lot more of overall, while coming off as ineffectual, when the film needs various story beats to really hit. 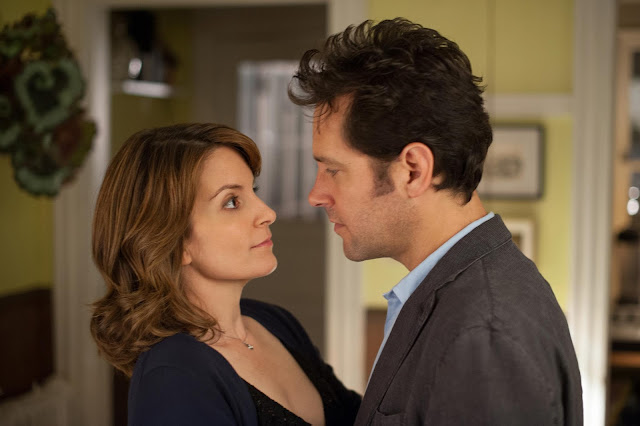 The film approaches having greater life whenever Lily Tomlin is on screen.  Tomlin makes me smile whenever she is around in films anyway, so it came as little surprise that she was a lot of fun in this film as Portia’s feminist mother, who tried to raise her daughter to be as independent as possible.  Tomlin may be playing a very specific type – quirky, older character, but it was effective enough here.  Tomlin is certainly more effective than Michael Sheen’s one-note  character.  Sheen plays Mark, Portia’s longtime boyfriend who dumps her, unfairly, and the movie hinges on a running joke of Portia running into Sheen, who is now doing much better in his life with another woman.  I could say something about Wallace Shawn, but he does nothing more than play the dean character that happens to look and sound like Wallace Shawn.

A commendable element is the character of Jeremiah.  Nat Wolff brings a fun withdrawn, yet inquisitiveness to the character that I found admirable.  I wish I could have seen more of this person.  Were the film to have shifted its focus more to Jeremiah, it could have played more successfully and similarly to a film like About a Boy, which shares the same director, Paul Weitz.  Weitz, who co-directed About a Boy with his brother, is going it alone here and does little to really bring out the energy needed, despite attempts by a character like Jeremiah to make the film more interesting.  The same can be said for John and his adopted son, who have a fun and somewhat involving relationship, despite Rudd seeming pretty low-key otherwise. 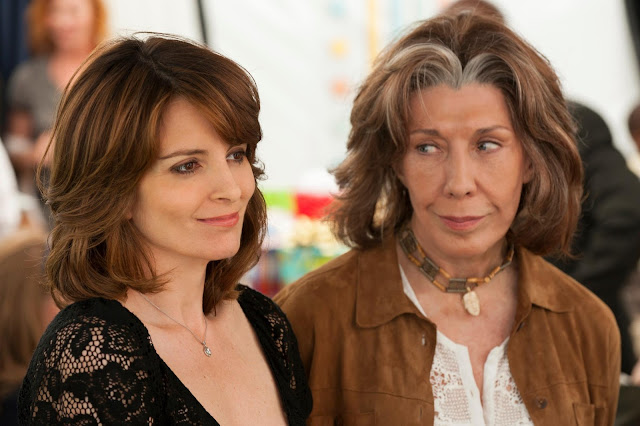 This really leads to the other film’s other issue – it lasts for nearly two hours and adds a lot of story to a film that already is not very gripping in its main arc.  The padding may flesh out the characters, but the film’s pacing suffers as a result.  We have a couple love stories, a story about a lost child, a question of morals for certain characters, parenting-related subplots, and a fight for the big promotion.  These are all fine in concept, but the movie doesn’t quite juggle these effectively enough to keep the film compelling.

Another issue I have deals with what Princeton is supposed to mean.  Rudd’s character, whose major drive is to get Jeremiah into Princeton, is treating the school as the only option he can consider.  The film seems to be telling us that Princeton is the greatest place ever and disregards the quality of education that students can find elsewhere.  Now I am putting that in more of a black and white sense than the film deserves, but I am referring more to the lack of self-awareness Admission does not seem to possess, when it comes to the whole admission process.  It stuck out to me, because I believe if the film’s screenplay (which is based on a novel by Jean Hanff Korelitz) was given a pass by Tina Fey, there could have been more slyness added in the portrayal of Princeton.  Instead, Princeton is a stuffy institution, which has an awkward lead character, because Fey is playing a role written to be a certain way, but has Fey-isms attached to the character by default. 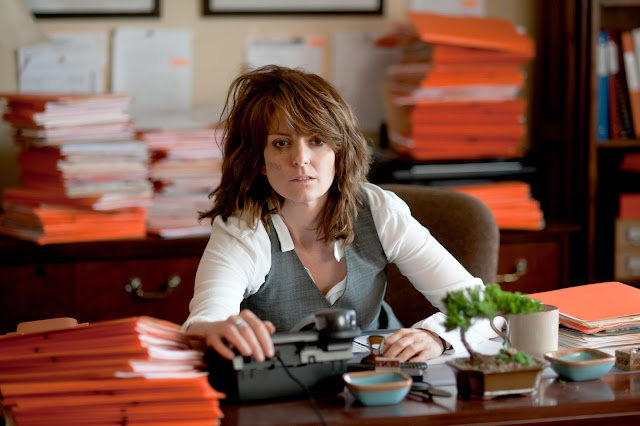 There are some other admirable qualities besides Tomlin though; namely the ending.  A lot of things happen in this film, but the ending does not wrap everything up as happily as other films could have done.  Some of the justifications are not great, but I did like where things were left off and how certain characters ended up.  It is a fairer reflection of real life in some ways, which actually reflects the film in how life is not always as compelling as lives we see portrayed in films.  However, the fact that this film is as dry as it is does not make me appreciate it more.

Admission does not maintain the kind of hook that you need to really love the movie.  It is sporadically funny thanks to the cast involved and has some interesting ideas in its many plot threads, but the film is a bore overall.  It runs for too long and did not provide much in the way of being memorable.  Fey, Rudd, and Tomlin are all entertaining people to watch, but Admission really lacks the spark that can set these people on fire and lead to more fun or at least something more compelling.

Portia:  I am an admissions officer.  There’s nothing improper going on here. 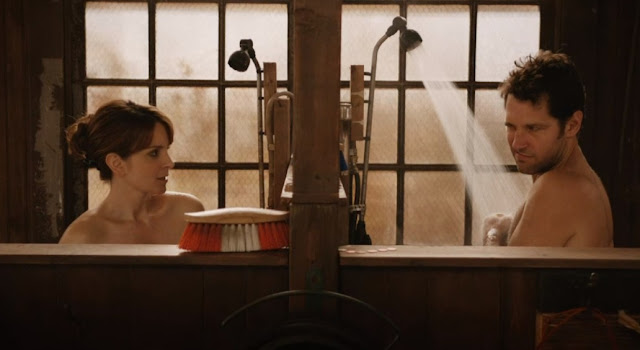