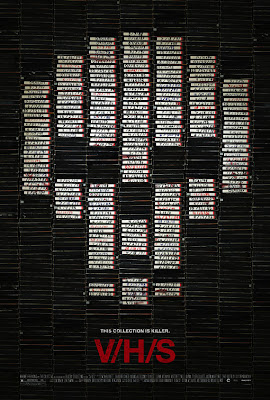 I love the idea of anthology horror films and wish there was more of them.  I love Creepshow, for example, and the most recent anthology horror flick that I really enjoyed, Trick r Treat, is another delightful entry as well.  I think it has to do with seeing lots of ideas packed into one feature successfully, because the short story format allow for playing around with cool ideas that don’t necessarily wear out their welcome.  V/H/S is a neat concept for a horror anthology, as it both presents multiple shorts from different directors and has a main story to tie them all together in a sense, while using the ‘found footage’ format as one of its big selling points.  There are some stories that are much better than others and the film, as a whole, has issues with giving us likable characters to follow, but there is an inventiveness to each that does well for the film as a whole.  Even if the film relies on presenting films as if they were shot in as low of a quality as possible, V/H/S has some high quality talent involved in its construction. 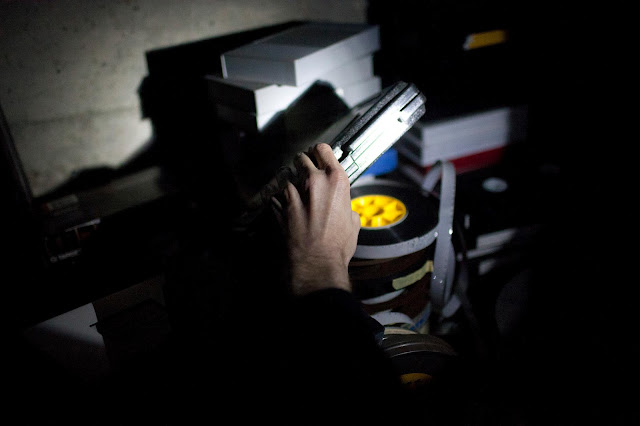 I will be brief on describing the stories, but the main arc revolves around a group of criminal friends who have been tasked with going to a house and retrieving a specific VHS tape.  They film themselves doing this and upon arriving at the house, they find that the it is completely empty, except for one dead man, sitting in front of a bunch of TVs.  As the rest of the crew searches for the tape in question, one member stays behind to view a tape already in the VCR.  Each time we see this scenario repeat in different ways, as a different member watches a different tape.
All of the tapes have the different short stories that we get to watch.  The first involves a group of guys trying to get laid, only to find a horrific surprise with one of the girls they bring back to their hotel.  The second story focuses on a couple on their honeymoon, with a silent watcher in their midst.  Another story revolves around a slasher-type figure.  One features a haunted house-type scenario.  And the last involves a Halloween party gone wrong.  They are all shot to resemble the ‘found footage’ type of format and given that we are seeing VHS tapes of these events, there is an obvious homemade quality mixed with the more extreme events taking place in the supposed reality. 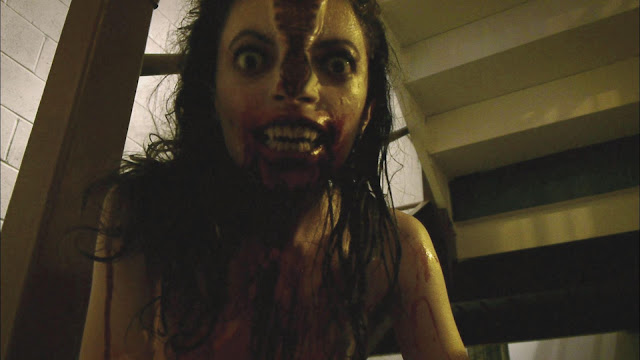 A key factor in these types of movies is of course the level of scariness.  V/H/S is a horror film with some pretty graphic stuff and elements that border on serving as a snuff film, but it is still a ‘found footage’-type film and I am aware that not everyone enjoys that type of format.  I am a fan of the format, especially when it is handled effectively, and I found V/H/S to be one of the most ambitious ways to utilize it.  So as far as the scary factor goes, there are certainly a lot of disturbing elements and graphic images that will unsettle some, but it is when home invasion becomes a factor that I am creeped out the most and one of the shorts features that very effectively.  Other scenes just left me feeling bad at times, given what I was seeing, and others left me intrigued, as I was more curious with how some shots were accomplished, but there are areas where the film did successfully freak me out.
V/H/S was directed by Adam Wingard, David Bruckner, Ti West, Glenn McQuaid, Joe Swanberg, and Radio Silence.  Each director brings in a certain style to their segment of the film, which is enough to keep it fairly fresh.  That said, as a fan of The House of the Devil and The Innkeepers, I was most looking forward to Ti West’s segment and it did end up being my favorite one (I love a good slow burn).  Still, a number of the other segments were all successful in their own right.  Some incorporated a lot more special effects than others, which did work quite effectively.  Some effects were more noticeable, only because this is obviously a low budget film, but the way they are utilized is fairly clever.  It is the attention to detail when it comes to making each film seem like a seamless experience (regardless of the varied amounts of time that pass), which is quite neat to observe.  Regardless of the tricks involved to achieve certain shots, the film does a solid job of grounding itself in its own reality. 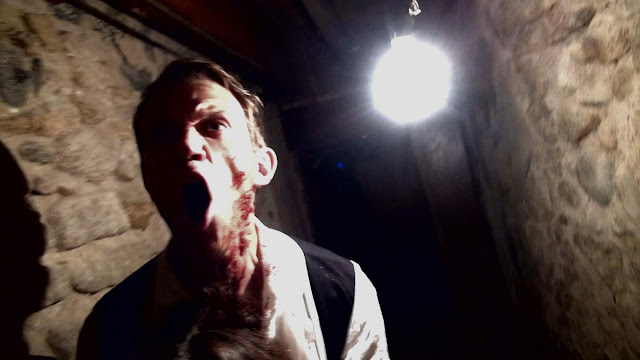 There are a few issues I had with the film.  The main one is that there were very few people I liked in this movie.  It never had anything to do with decisions that were made, as the film depicts people in the moment, making decisions that, whether stupid or not, could probably be made by anyone.  No, this issue had to do with how the majority of the characters were all kind of despicable.  Almost everyone in the film had some kind of character trait that did not quite suggest a person I would want to hang out with or have to deal with on a regular basis, especially in the first 30 minutes or so, as we are dealing with all bad and annoying people, before the film takes a breath to give us more relatable folk.  It was also somewhat noticeable when dealing with various actors who were clearly inexperienced as actors, but that was more of a minor thought.
The other issue is that the film is quite long.  Clocking in at almost two hours, it is kind of exhausting to get through all of the shorts, but at least the order they were shown in was chosen well.  It stars off strong, given the first two shorts and ends on a high note, with the middle shorts being my least favorite ones.  However, there is a lot to take in, especially when presented with some of the incredibly dark material that is featured in each short story.  The flow of the film may be deliberate, overall, but the pacing, or whatever you would want to call it in this case, was kind of an issue for me. 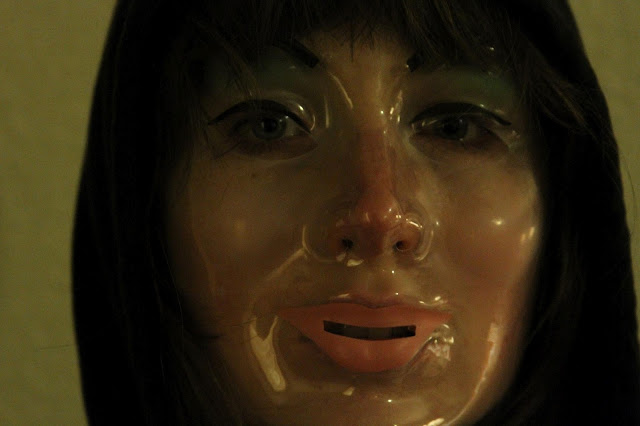 V/H/S is still worth the experience overall.  Especially for horror fans seeking something different, this horror anthology feature, which utilizes the ‘found footage’ format, is a clever, low budget idea that puts to task some talented writers and directors.  Some of the short stories are clearly better than others, but they are all at least interesting and present a compilation of different types of horror tales that work to provide a unique experience.  A bit long, yes, but still a slick production that required plenty of skill to make, especially when dealing with a film that the filmmakers are willingly trying to make look like crap, when it comes to their grainy cinematography for the purposes of ‘VHS’ viewing.

Wendy:  If you’re listening to this: Don’t come here! 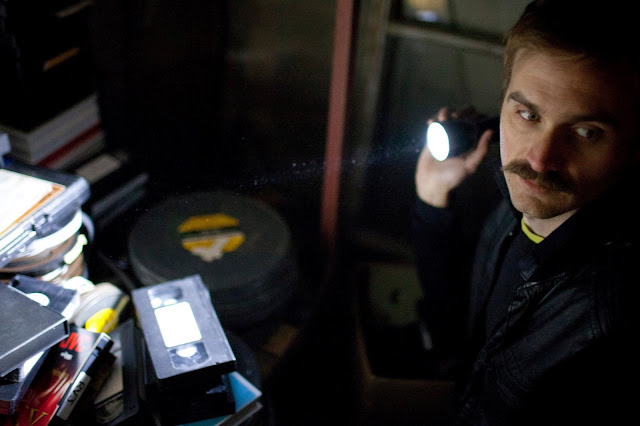