Seeing ‘Sleepwalk With Me’ Is A Step In The Right Direction 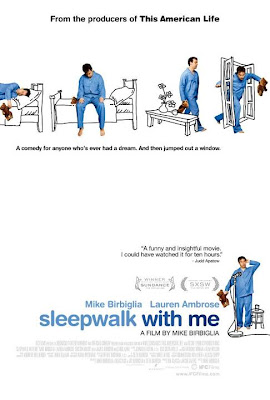 Matt:  Abby, there’s a jackal in the room!

So I have been told that I have sleepwalked before.  This realization has dawned on me as well, as I have found myself in weird situations in the dead of night before, but it has never lead to anything that has put me into harm’s way.  In saying this, I do not think it necessarily puts me right in tune with what writer/director/star of Sleepwalk with Me, Mike Birbiglia, has gone through, but it did seem like an honest and easy enough hook to draw people in, so there you go.  For those still with me on this, along with being a story about a man who developed a sleepwalking disorder based on the stress in his life, this film delivers a relationship story and a story about a burgeoning comedian who found his way.  It is a scrappy little film, based on a true story, but it is quite entertaining and endearing. 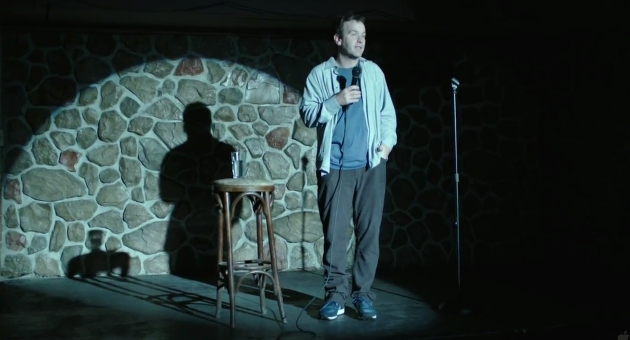 Mike Birbiglia stars as Matt Pandamiglio, an aspiring comedian who works as a bartender in a comedy club.  Matt has just moved in with his girlfriend of eight years, Abby (Lauren Ambrose), but is not at all ready to commit to the idea of marriage.  This relationship and life’s stress take so much of a toll on Matt that he develops a sleeping disorder, which leads to him actively acting out the dreams he is having.  Matt’s friends and family are of course aware of his sleepwalking habit, but Matt stubbornly does not seem to want to find time to take everyone’s advice and see a doctor.
In the meantime, Matt spends his time bartending and doing minutes of stand-up material at a time (which is all he has anyway), whenever he gets the chance.  This all changes when Matt takes an opportunity to pursue an agent who gives him some really crappy gigs, which Matt is willing to accept, simply because he wants to pursue his dream.  While not very good, Matt does his best and begins to find his groove as he talks more and more about the stresses of his life; namely the concept of marriage and his own relationship.  All these gigs put some stress on things, however, as Matt is spending lots of time away from Abby, all while continuing to sleepwalk.  Things could be so much easier if Matt just decided to see a doctor about this. 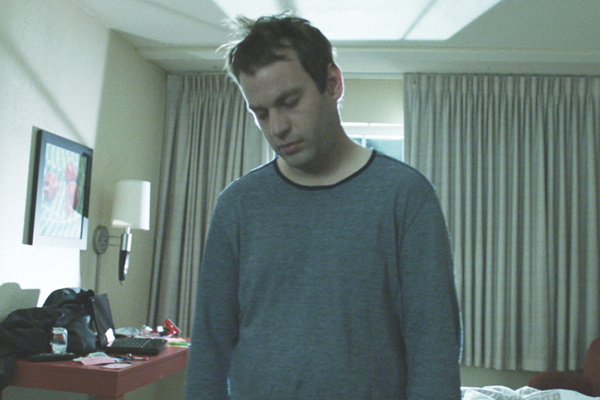 This story is based on Birbiglia’s own life, which he turned into a one-man off-Broadway show and wrote as a book.  With the help of This American’s Life’s Ira Glass, along with a few other co-writers, Birbiglia was able to adapt this story into a film.  This is fitting, as Sleepwalk with Me feels like an extended story that could be told on This American Life.  Birbiglia serves as the film’s narrator of sorts, with him literally telling us the story, as the film switches between him driving while talking to the audience and the actual story taking place.  It certainly has the feel of a story that I could imagine being told on stage in one fell swoop as well, but even if Birbiglia’s direction is not adept enough to have me taken aback by his skill, I was still pleased enough with the film’s overall presentation.
It helps that the whole thing feels incredibly honest.  There are two different stories being told in this movie, along with the commonality of the sleepwalking to maintain a particular bridge.  The one story, involving Matt’s journey as a stand-up, works quite well because we see this man as someone who can be funny with Abby and on his own, but is still clearly developing his skill as someone who can make a whole crowd of people laugh.  Birbiglia does not shy away from making himself look pretty pathetic at times, even if some of his material is humorous.  While I am no stand-up, it seems clear that he is not depicting anything that is not a fairly straightforward presentation of what it is like for those just starting out in comedy.  The fact that the film provides an arc for this part of the story is effective, as it works to keep the film moving, while also serving as a solid way to develop Matt as a character. 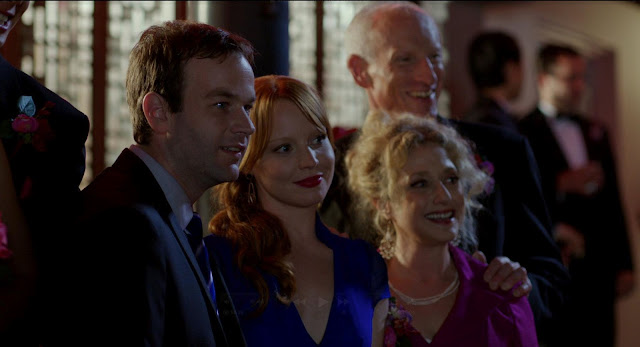 This is important, because without Matt’s development, it would be harder to get into the other story going on in this film, which involves Matt’s relationship with Abby.  There is a pretty inevitable aspect for these two, which could almost be too depressing were I not to like these characters as much as I did.  Birbiglia and Ambrose have nice chemistry on screen together and the move between having them as comfortable together into having them be unsure around each other works well in providing enough of a structure for where this aspect of the story is supposed to go.
There are lots of other things I liked in this film as well.  It is not necessarily a laugh out loud comedy, but it was quite humorous throughout, with the dramatic areas not feeling like I was being hit over the head with tonal shifts in the film.  Birbiglia makes for a capable enough lead for the film, which is only right, since it is his story.  Still, I did find him to be quite likable in an everyman sort of way, only to be further pleased with his sleepwalking bits, because how often do you see something like that on screen?  Nice supporting cast in this film as well, which includes James Rebhorn and Carol Kane as Matt’s parents, along with a number of cameos from various comedians, including Marc Maron in what could be considered a fairly pivotal role, given the stakes that concern Matt’s life. 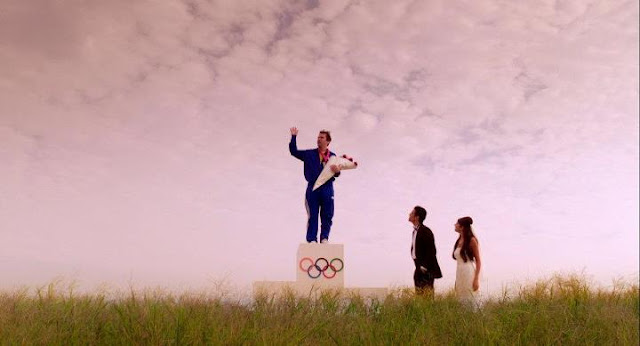 Sleepwalk with Me does not aim higher than it needs to.  It is the story about a guy who wants to be a comedian, sort out his relationships, and is driven to walking around in his sleep.  There are consequences to some of these things (some that are more harmful than others), but it is mostly an entertaining film, with solid work from those involved.  Bringing it back around, I do not know if my own sleepwalking was due to reacting to stress, but I was pleased enough to know that nothing I have done compares to what Birbiglia has gone through, though I hope it doesn’t become an issue as I get older.  Though, if I was able to turn it into a story as entertaining as his, at least I would have something to talk about.  For now, I can at least talk about this film and how I enjoyed it enough to easily recommend. 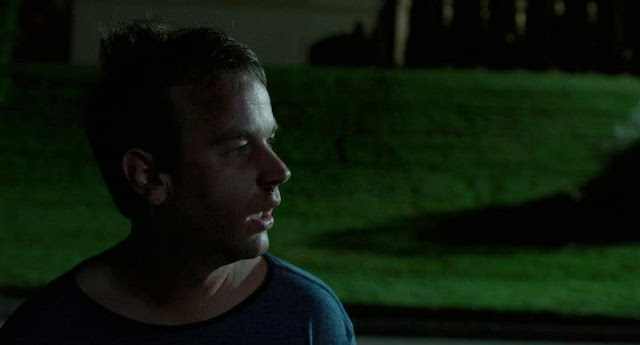 Aaron is a writer/reviewer for WhySoBlu.com.  Follow him on Twitter @AaronsPS3.
He also co-hosts a podcast, Out Now with Aaron and Abe, available via iTunes or at HHWLOD.com.
By Aaron Neuwirth
2012 Films Carol Kane Comedy Ira Glass James Rebhorn Lauren Ambrose Marc Maron Mike Birbiglia
Reactions: