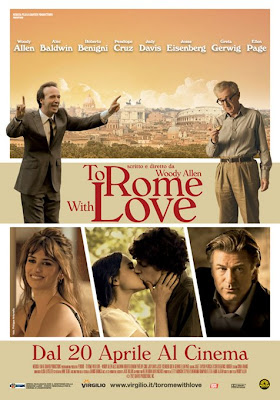 It is kind of fun to reference To Rome with Love as “this year’s Woody Allen film”.  Allen seemingly works non-stop, releasing new films on a near yearly basis and has a pretty strong batting average overall that most other filmmakers would kill to have.  Especially given his creative freedom, Allen has enjoyed plenty of success, but that also tends to find him running hot and cold at times.  To Rome with Love feels like “lesser Allen”.  It’s certainly not “bad Allen”, as the film has plenty of enjoyable aspects to it, but especially after coming off of the very warm reception from Midnight in Paris (Review, Essay), this film felt problematic.  There’s a new locale and a strong cast, but the film has issues with how to utilize its assets and ends up lighthearted, but overwritten and messy. 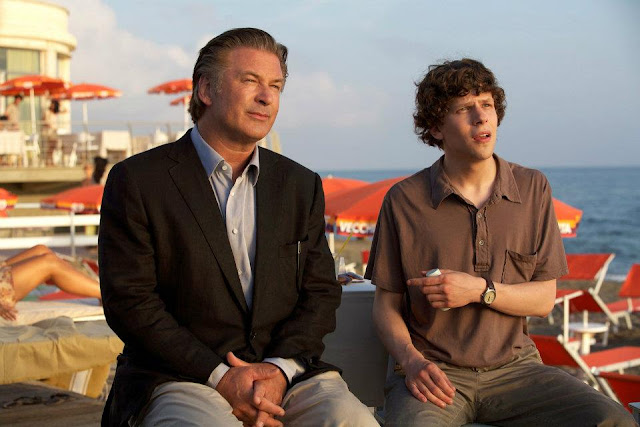 The story is divided into four interlocking segments about a number of people in Rome; some American, some Italian, some residents, some visitors, and the romances, adventures, and predicaments they get into.  The first story features Woody Allen and Judy Davis as visitors to Rome, who have come to meet their daughter, Hayley (Allison Pill), and her fiancé.  While they are happy to see their daughter, Allen’s character becomes more intrigued by her fiancé’s father (played by Italian tenor Fabio Armiliato), who has a tremendous singing voice.  The next story features Alessandra Mastonardi and Alessandro Tiberi as Milly and Antonio, two newlyweds who have come to Rome on honeymoon, but are broken apart due to unfortunate events.  Milly gets lost, while wandering around and Antonio is brought into a series of misunderstandings, as he is forced to pretend a prostitute, Anna (played by Penelope Cruz), is his wife.
Two more stories we follow.  The next involves Alec Baldwin as a successful architect, who has tried to find his old neighborhood in Rome, only to meet Jack (Jesse Eisenberg), who he believes to resemble him at a younger age.  Jack is drawn into a situation where he must escort his girlfriend’s (Greta Gerwig) best friend Monica (Ellen Page) around town and attempt to resist the urge of falling under her provocative spell.  Baldwin’s character understands this scenario all too well and serves as Jack’s advisor.  The final storyline has Roberto Benigni as a local everyman who is inexplicably turned into a celebrity for simply living his life as a regular person.  He must deal with how fame inflates one’s ego. 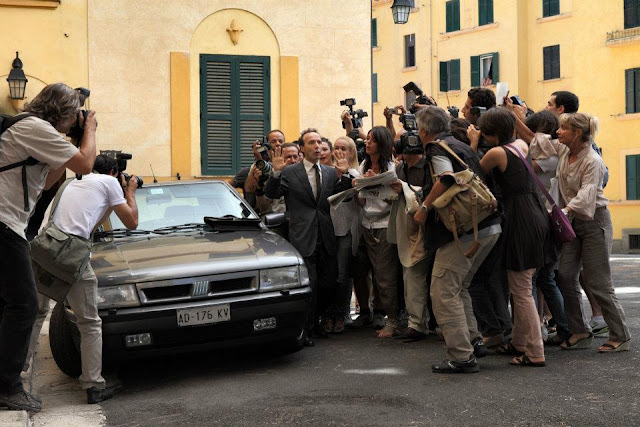 Despite the modern setting and real people we are dealing with, this film is very much done as light farce.  It is not fantastical a la Midnight in Paris, but it still registers as a fanciful reality, given the nature of misunderstandings, the use of Baldwin’s character, and how Benigni’s plot plays out.  This is not a knock against the film, simply a call out to what it is, and getting into that understanding will help in appreciating the relaxed, yet humorous nature of the story.  The storyline involving Allen, for example, is obviously far-fetched, but it also provides a character with a reaction shot that is one of the funniest things I have seen this year.  The way Baldwin serves as a gazoo-like figure is also entertaining, especially when the other characters pause for an instance to recognize his presence and provide a retort to his comments.
One of the issues I have is in regards to the characters.  This is a big ensemble cast and unfortunately some get lost in the shuffle.  Greta Gerwig, for example, is one of the top-billed actresses, but hardly gets anything to do.  Other actors in general, who could factor more into the story, are set aside in favor of lesser interesting roles.  The biggest problem in this ensemble was unfortunately Ellen Page, who I found to be miscast.  I like the idea of Page playing against type, as a free-spirited, pseudo-intellectual, with a penchant for making relationships complicated by sleeping around, but seeing it in action and listening to Allen’s dialogue spoken by her did not work for me.  This could have been the most rewarding plotline of the film, as it fits well into the world of Allen-written romance storylines, but this key aspect hurt the way it played out. 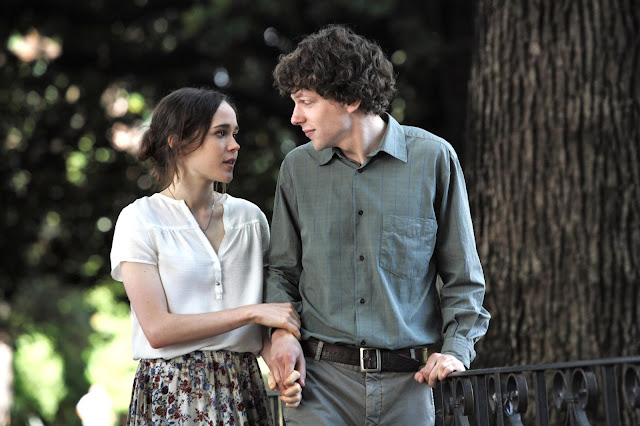 The other main issue I had was the way the plotting played out.  The film is basically overwritten, as I found myself getting the idea of what the point of each storyline was, only to have each one repeat the same basic motif several times over, before capping itself off.  One less storyline or a tighter handle on the script could have benefitted the film.  It also didn’t help that I was kind of mad at the way the film treated the characters of Milly and Antonio.  We meet this couple and are not given nearly enough early on to appreciate their developments later on in the story and also have to see a sort of forced embarrassment befall what are presumable nice people.
To Rome with Love does have impressive aspects.  Setting the film in Rome, Allen and his cinematographer, Darius Khondji, have once again found a way to utilize the beauty of their location without overtly highlighting it.  There were also several performances that I did enjoy, including Baldwin, Cruz, Benigni, and Davis.  I also tend to enjoy Allen’s presence in these later films of his.  He has not appeared onscreen since 2006’s Scoop, but even with his simple one-liners, I generally smile when he pops onto frame. 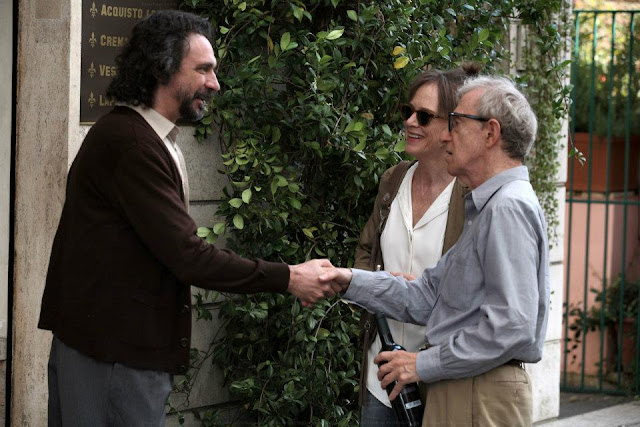 I am tempted to go higher in scoring this film, given that it is a relaxed piece of work from Allen, who has decided to lean more heavily on the farce this time out and keep things light overall.  Still, I had problems with it.  It feels a little messy, repeating a lot of the same points over and over, relying on some of the cast a bit too heavily, while leaving others in the dust, and ultimately providing little that will be memorable.  I did laugh during many moments and found Allen’s use of location to be quite well handled, but only came away with satisfaction from a couple of the different storylines presented.  It’s fine, not Allen’s best or worse, but it provides some modest, meandering joy.

Monica:  You will never understand women.
John:  That’s been proven. 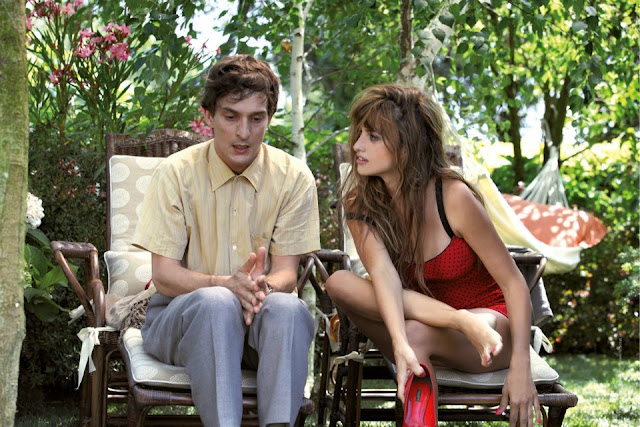