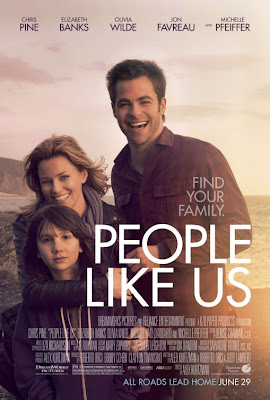 I really don’t have anything against this movie for what it tries to be.  Given that someone already went ahead and called pull quote credit by proclaiming People Like Us as “The feel good movie of the summer,” I get the feeling that anyone that is going into this movie will probably have a good idea as to what to expect.  It is a simple story that is full of sentiment and characters that don’t reveal all of the info they have to others, even though everything would be cleared up in a matter of minutes if they were to do so.  The film is well cast, but everyone gets their moment with monologues delivered, while on the verge of tears.  It does have some clever moments and other factors that make it decent, but it is also overlong and quite flashy in its filmmaking. 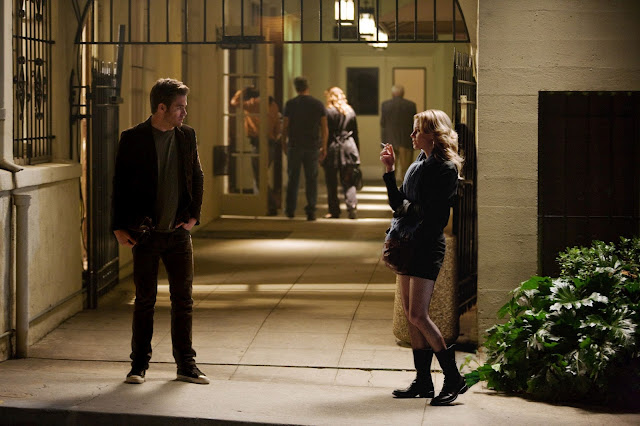 Sam (Chris Pine) is a fast-talking salesman who knows how to B.S. his way through life.  After having a big win at work, he also finds out he owes a lot of money due to negligence in shipping methods on his part.  Now buried in debt, Sam’s day only gets worse when he learns that his estranged, record-producer father has passed away.  After hesitantly traveling to LA with his girlfriend (played by Olivia Wilde) for the funeral, Sam is given something big.  He receives a toiletry bag stuffed with $150,000, along with a note telling him to deliver it to some random person.
The person Sam is supposed to give the money to is a young boy named Josh (Michael Hall D’Addario), who turns out to be the son of Frankie (Elizabeth Banks), the secret daughter that Sam’s father had and did not tell anyone about.  Frankie is single, a former alcoholic, and just trying to get by with her troublemaker son.  Sam is conflicted about whether he should keep the money or not, but he’s also not a completely terrible person.  So now, while staying with his saddened mother (Michelle Pfeiffer), Sam strikes up a friendship of sorts with Frankie and Josh, without telling them who he really is.  Given that Frankie has enough problems of her own, the plot thickens as Sam and Frankie must both eventually face certain truths. 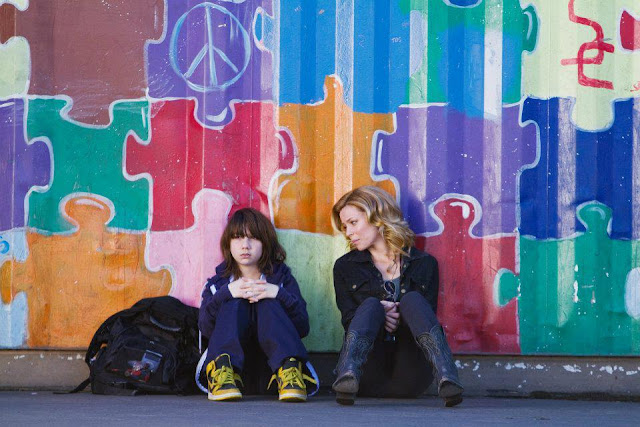 This film is the product of Alex Kurtzman and Roberto Orci.  Together, they were previously responsible for writing/producing many recent blockbuster films, including Mission: Impossible III, Transformers, and Star Trek.  Basing the story off true events, this time Kurtzman is making his directorial debut, with him and Orci also being credited as producers and writers.  From a directorial standpoint, the film seems to have traces of their blockbuster associations rubbing off here, given how slickly shot and edited the film is.  It is noticeable, but not bad to look at, given the fine cinematography by Salvatore Totino, who uses LA to his advantage, but at almost two hours, the film does feel noticeably long.
In regards to the story, the film did a fine enough job of getting me to care about the outcome, but at the same time, the journey bordered on being too bland and too sappy at a lot of points.  I am sure there are people that will watch this movie and find relatable points in what Frankie’s character is going through, for example, and that is fine, but despite certain performances that I appreciated, various ways some of the dialogue was handled, and the aforementioned slick direction, many points in this story felt all to trite to really enjoy more. There is perhaps something to be said for a “long lost brother/sister” plot, as opposed to making it about Sam and Frankie falling in love under different, more familiar pretenses.  It adds a different spin to a plot that is already a bit too formulaic. 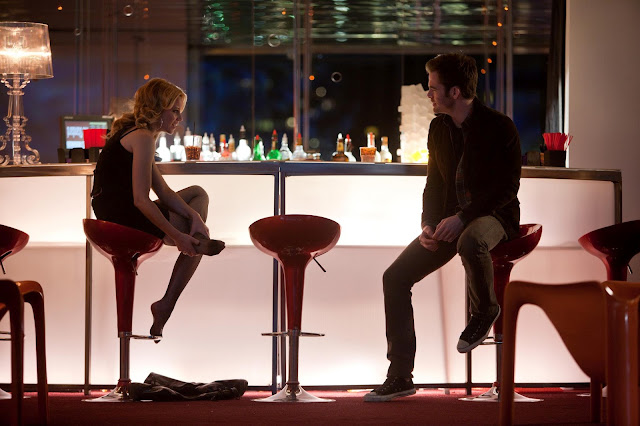 I did find Elizabeth Banks to probably be the best thing about the film.  I really like Banks as an actress in general, so it was nice to see her with a role that gave her plenty of depth and believable conflict.  Chris Pine continues to be in a place where he is playing a character that can easily be seen as an insufferable jerk, but also has a level of appeal that keeps him likable, despite some of his actions.  I am curious as to how he was able to land a steady girlfriend in the form of Olivia Wilde, given what we know about this character early on, but at the same time, I was also pleased enough with how he grew on me throughout the film.  [An added note, this is the second time this year he has played a character that has stalker-ish qualities when it comes to dealing with seeking out some other woman.]
The supporting cast is fine.  Michelle Pfeiffer is effective at being the exact person the script requires to bring out various emotions in Sam’s character, but it helps that Pfeiffer is a strong enough actress that she pulls off what could be a more obviously manipulative role.  The son character, Josh, falls into the category of having lines that are supposed to emphasize that he’s not just a cute kid and just under the wire of being “wise beyond his years”, but it is just a bit smug.  It is not really Michael Hall D’Addario’s fault; it is more that the script wanted to try for something fitting with its slick filmmaking sensibilities and it ended up sticking out to me.  It would not be surprising to learn of a much longer cut as well, given the supporting cast includes tiny moments from Mark Duplass, Philip Baker Hall, and Jon Favreau. 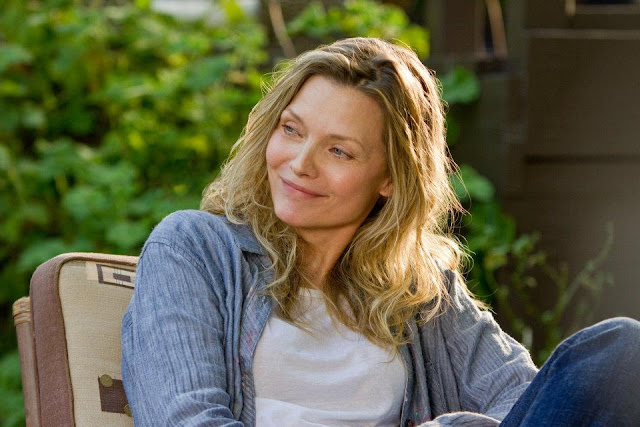 My overall score for this film can probably be adjusted for those who are really into this kind of story.  The film is too long for its own good, has issues with how to handle various story beats, and feels a little too slick in its editing.  However, it also has warm chemistry seen between Pine and Banks in roles that do not require them to end up making out in some sort of dream location at the end.  There is a bit more reality applied to what goes on in this film, which kept me with it, even if I was not blown away by its approach to this story.

Sam:  My father always said, “Lean into it.” 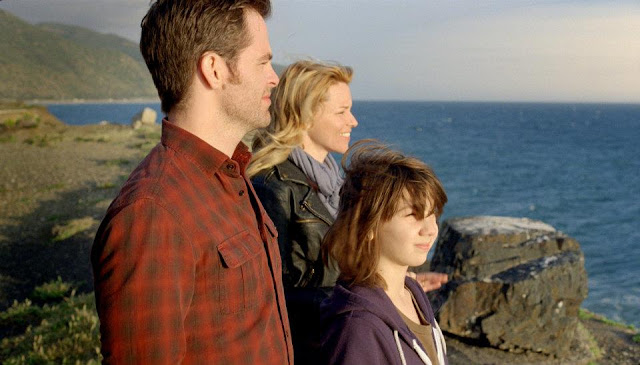