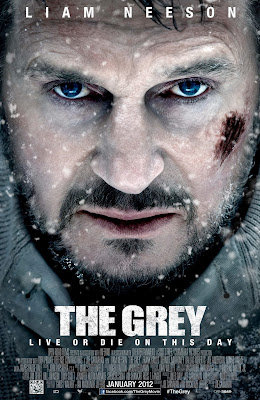 John Ottway:  Once more into the fray.  Into the last good fight I’ll ever know…

It seems like Liam Neeson has been given quite the upgrade from tall, steadfast lead actor to confident, ass-kicking action start in recent years.  Neeson has certainly been reliable in years past, but since Taken, no one seems to question whether or not Neeson has the capabilities of taking someone down if he has to.  The Grey reunites Neeson with A-Team director Joe Carnahan for a film that is almost an opposite of that ridiculous (ly fun) action flick for a gritty survival story that is every bit as focused on being a study of Neeson’s personal mental anguish as it is an intense journey for he and the other unfortunate souls to survive in the icy cold wilderness, with wolves looming on the horizon.  There may be some backlash from those expecting a more wolf-bashing-focused tale, but I really appreciated the dark level of maturity combined with the visceral nature of the survival effort, along with what I consider a top tier acting performance from Liam Neeson. 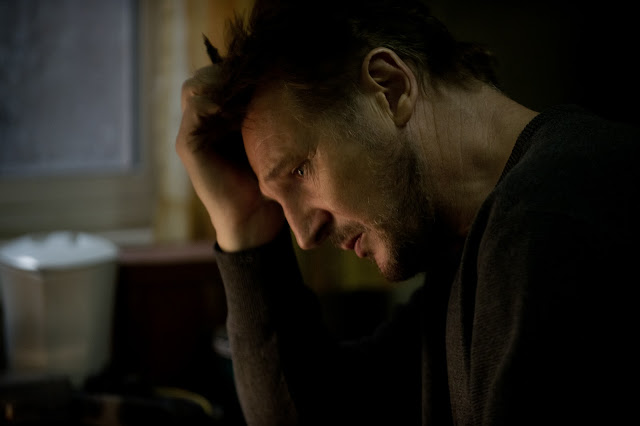 The Grey takes place in Alaska, amidst the company of an oil drilling team at a refinery.  Liam Neeson stars as John Ottway, a sharpshooter who has been hired by the refinery to keep bears, canines and other wild beasts from attacking the workers during their shifts.  Ottway seems distraught about his life, but the film quickly gets to the fateful plane trip, which ends in a terrifyingly tragic way, as it crash lands in the middle of the snowy Alaskan wilderness.  A handful of survivors, including Ottway, make it through the crash, but are now forced to contend with the environment.
Despite the initial survival, it is made clear that these men will die if they do not stick together, stay warm, and find what they can to live off of for the time being.  Making matters much worse is the arrival of a pack of vicious wolves.  With Ottway surmising that wolves will continue to attack, because the men are in their territory, the group eventually works to trek away from the wolves with hopes of making their way towards shelter or possible rescue.  Ottway’s survival knowledge may be able to get the men moving forward, but it will take a lot to keep them surviving through all the elements, with these deadly wolves lurking close behind. 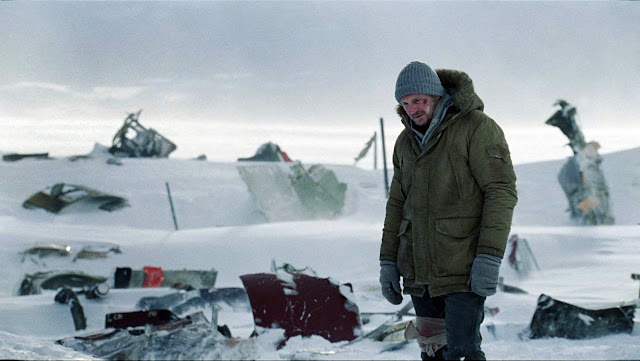 The Grey is much more in line with the tone of Narc, the breakout film (2nd overall feature) from writer/director Joe Carnahan, than his follow ups (Smokin’ Aces and The A-Team).  The film is very much rooted in the realm of survival in harsh environments, under harsh circumstances and features a lot of testosterone at play, with men fighting against wolves and each other at times; but it also serves as a quiet drama.  Neeson is setup as a conflicted character (to say the least) with a lot on his mind before given the ultimate challenge of trying to keep himself and others safe in a battle for survival.  Room is provided for the other characters, later on the film, to dig into their handle on the situation and their lives as well (though, in a lesser detailed sense).  It is the way the film balances the action and drama that made The Grey so compelling to me.
There are certainly two misconceptions about the film that will not work in its favor.  One revolves around its early-in-the-year release date.  This is a near-negligible element, but the fact is that The Grey exists in a weird sort of limbo that doesn’t fit the mold of a summer release and has been shuffled around due more to production delays than anything.  It is unfortunate, given that Neeson is award-worthy in this role (more on that soon).  The other misconception is how I feel The Grey’s marketing may be promising too much for people, given its focus on one iconic moment.  All I can say is that The Grey is intense, but it is quieter than one might expect. 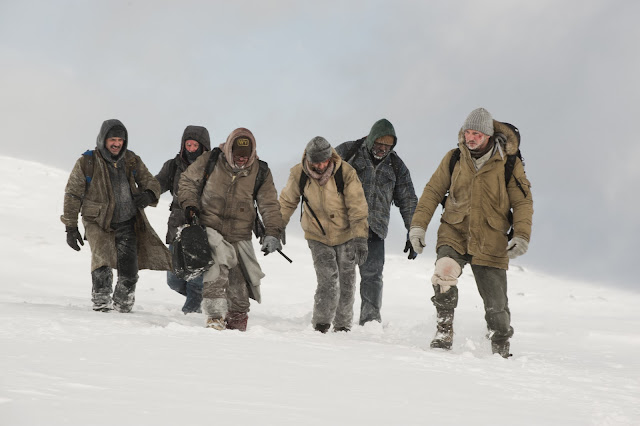 Now, as it is Neeson who commands most desires in seeing this film, he is simply fantastic in this role.  The film has a very minimalist approach to its plotting and setup, and within that is Neeson who is allowed to maintain his natural accent and delve into an emotional area that would almost seem to close to home.  With that said, Liam Neeson truly puts his all into this performance that manages to combine the elements that have made him into the recent, well-loved action hero-type, as well as what has previously afforded him high regard as a strong screen actor.  As various layers about who Ottway is are revealed throughout the film and as he is forced to contend with the deadliness of his situation, Neeson’s skills as an actor turn this into a performance that I would easily rank as one of his best.
There is something to be said about the rest of the cast as well.  Though only two or three characters are fleshed out more significantly than the others, I still got into the de facto bond that was created between them, as they struggled to survive.  Actors like Dermot Mulroney and especially Frank Grillo got the chance to make a bit more of an impression, with the latter being the one to question Ottway’s role as the leader, but even in the midst of heavy testosterone and group face-offs against wolves, there was room for pathos in this film.  The level of tension involved in watching this group try to keep each other alive becomes crucial and also serves as a way or portraying some of the most affecting scenes. 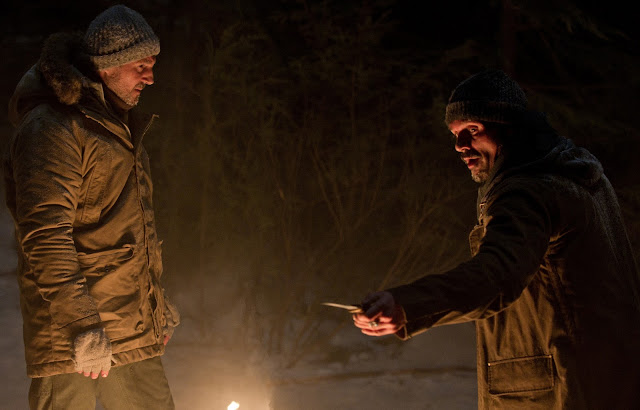 From a production standpoint, there is some great filmmaking at work in terms of keeping the film tense and convincing me that these men are trapped in an impossible situation.  The chilly and somewhat grainy cinematography by Masanobu Takayanagi is very effective throughout, and this atmosphere is appropriately aided by the score by Marc Steinfeld that is both harrowing and poignant at times.  A lot rides on the look of the wolves as well and whether or not they are convincing, but thanks to a number of cinematic tricks involving practical effects, CGI, and real wolves, I can safely say that their presence was felt in this film.
I was really into The Grey.  Even with a marketing choice that was intent on setting up a certain kind of film, the film that this turned out to really be was one that I found to be quite gripping, very well made, satisfying on a number of levels, and especially well performed by Liam Neeson in the lead role.  If it is going to come down to intensity vs. credibility in what these men face, I believe the film did enough for me to have me much more concerned with how everything was going to play out.  This was an effective survival horror that kept me tense and worried, even with Neeson their trying to keep others from being taken…by wolves.

Note:  Stay until after the credits. 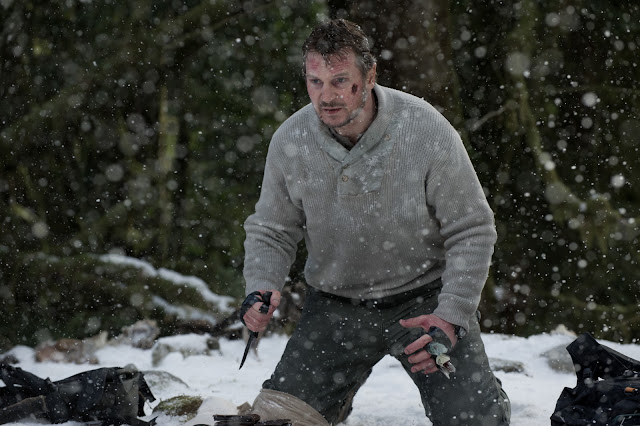