‘Haywire’ Is Streamlined, Offbeat, And Brutal 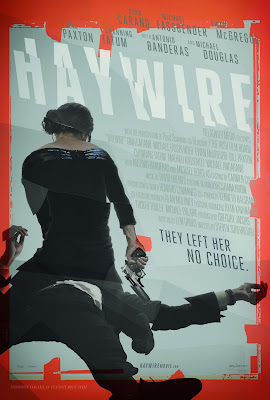 Mallory Kane:  You can tell me right now why you sold me out, or you can tell me in ten minutes, when I have my hands around your throat.

Once again, the month of January has actually managed to deliver some disposable fun, this time in the form of an action thriller from director Steven Soderbergh.  Haywire falls into the director’s category of more mainstream, but it certainly boasts a strong cast and enough offbeat qualities to make it stand out a bit.  Of course, the main thing to take away from this film is that star (and MMA fighter) Gina Carano can kick all of our asses, and look good doing it, which is especially important, given that the story is stripped down to basics and does not rely on having much complexity or originality in the narrative.  Haywire is held together by its cast, authentic and brutal fights, and its style, which feels like a throwback to 70s revenge flicks. 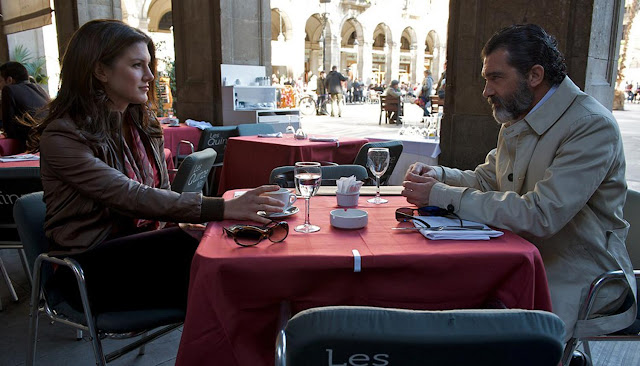 Carano stars as Mallory Kane, an independent contractor of sorts, who is hired out by a handler (Kenneth, played by Ewan McGregor) to take care of various…discrete jobs that the government would rather not pull off themselves.  The film begins out of order, but the plot revolves around the results of a rescue mission in Barcelona that sort of leads to another mission for Mallory in Dublin.  She is teamed with a partner (Michael Fassbender), but learns that all is not what it seems and is forced to get out of her situation on her own terms.  While an international manhunt is after her, Mallory now needs to get back to the U.S. and get revenge on those who double crossed her.
I tend to bring up the score a lot in regards to various films.  A particular highlight for me regarding Steven Soderbergh’s Out of Sight and Ocean’s Trilogy was the soundtrack, which was handled by DJ and composer David Homles.  Holmes has teamed up with Soderbergh again for Haywire, which was something that became immediately apparent to me as the film started.  Because of this, I feel I was properly tipped off to what kind of movie this was going to be.  It may have the premise of a Bourne-like film, with a female protagonist (and it kind of is), but this is more like a Lee Marvin-style 70s revenge thriller, with martial arts.  The up-tempo, jazzy score set the mood for me and I enjoyed the film all the more, because of it. 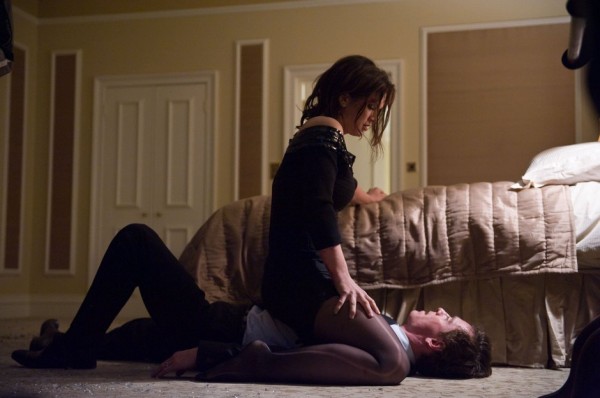 The screenplay by Lem Dobbs, who collaborated with Soderbergh twice before (Kafka and The Limey), is streamlined of most of the extraneous details and stays focused on what matters.  The story is partially told in flashback, but the film’s plot is pretty serviceable (and ridiculous in a lot of ways), acting more as a way to establish the setting and the lead character of Mallory.  Dialogue is fairly sparse, save for the scenes involving mostly the older pros like Douglas and Banderas, but when characters do speak, it feels a lot like a David Mamet screenplay, with very matter-of-fact/in the know-type lingo.  Because of all of this, the best scenes in the film do not involve characters speaking.  Haywire is at its most effective when we find the characters inching closer to bloodshed and then finally getting down to fisticuffs.
I was not all too familiar with Gina Carano before seeing this film, beyond knowing that she was a tough MMA fighter, but after this film, I would be happy seeing more of her.  Being new to the world of acting, it shows in scenes played against people like Michael Fassbender, but when it comes to the action, Carano nails it.  The fact that her face-offs with the other actors in the film were done without doubles makes it all the more exciting, as Soderbergh shoots these fights very effectively.  The action is never muddy and the hits feel like they land.  Fights go on as long as they have to, which is sometimes brief, but often results in more than just headaches for the losers.  It should also be noted that the score, which I talked about really digging earlier, drops during the action to really maximize the impact.  This may not be a traditional action film (come to think of it, Haywire is pretty traditional, just not in a modern cinema sort of way), but Soderbergh’s offbeat style gives this lightweight film a bit more freshness. 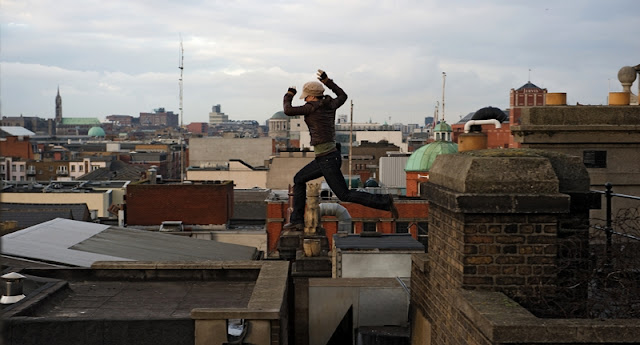 Regarding the other actors, not a whole lot is required from anyone, but it is at least nice to see that a lot of talented people enjoy working with Soderbergh.  A key player I can point out is Channing Tatum, who is going to be around a lot in 2012, but demonstrates here just how effective he can be.  What once seemed like a bland male actor has turned into someone whose presence I genuinely enjoy on screen.  People like Michael Douglas and Bill Paxton have all the cool they need just to be around and go through their roles with the subtle touches that make them fun, older actors to watch.  Ewan McGregor is good enough at approaching the sleaziness required in his roles, even if his American accent never quite clicks (has it ever).  Still, this is Carano’s film and she brings plenty of screen presence on her own.
Similar to last year’s Contagion (also from Soderbergh), Haywire does not do a lot to paint a portrait of deep characters.  It instead gets down to basics, establishes the plot of a fairly well-worn story, but delivers in being a solid genre exercise.  The action is well filmed and exciting, the actors involved bring what is required, and the film as a whole is a stylish diversion that serves as a decent break from heavier films.  Soderbergh films tend to come in a few different flavors and Haywire feels like an appropriate entry in his adult-oriented mainstream films with a touch of artistic flare.  Oh, and don’t get in Carano’s way.

Paul:  I’ve never done a woman before.
Kenneth:  You shouldn’t think of her as a woman.  That would be a mistake. 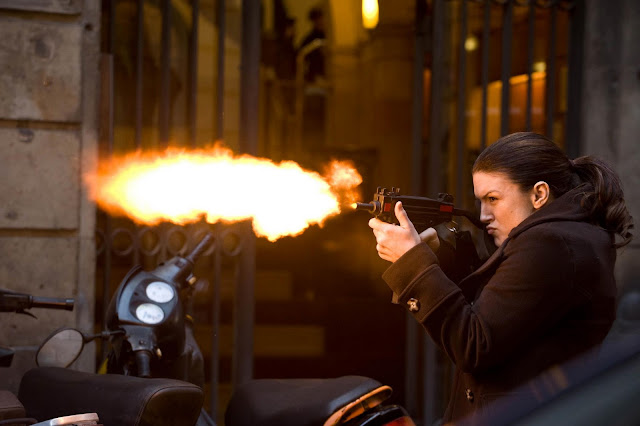 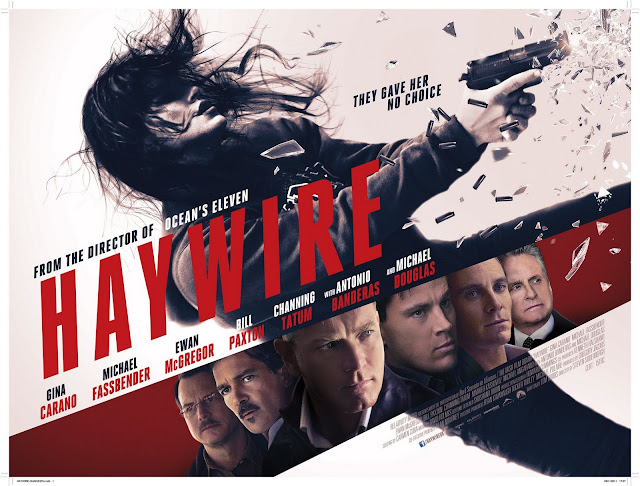