‘Everything Must Go’ Has Will Ferrell Dialed Down 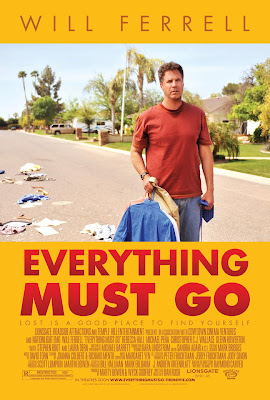 Nick:  A lot of people say that the dining room is the most underutilized room in the house.  I say it’s the front lawn.
Will Ferrell headlining a limited release comedic drama is not the sort of film that is going to stir a ton of interest from audiences that are happy with seeing him be loud and boisterous, but that does not mean the film should be overlooked.  Ferrell is very good in a role that does not require most of his usual strengths.  I do not find it surprising, as most comedic actors are usually very talented when it comes to drama.  As far as the film goes, it is a bit of a slow burn and it falls into some of the trappings of these types of arthouse theater films, but it tells a good story.  While it does hit a number of comedic beats, this is a drama about a man who has stumbled many times in his life and is finally finding some clarity. 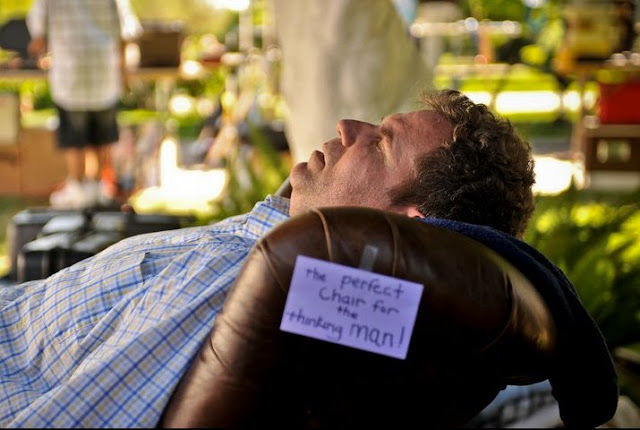 Nick (Will Ferrell) has one of the worst days of his life, when he arrives home to find that his wife has kicked him out, changed the locks on all the doors, and thrown all of his possessions out on the lawn.  This situation is amplified by the fact that Nick was also just fired from his job of 15 years.  Making matters even worse, Nick’s wife has shut down his access to bank accounts and his cell phone, literally leaving him to fend for himself on his own front lawn.  Of course, none of these things happened to Nick by chance.  He has a number of his own problems, which mainly revolve around alcohol.  In and out of various rehabs and AA meetings, Nick’s relapses have now finally brought him to rock bottom.
Despite being content to live on his lawn (with underlying rage and a lack of other options), while considering his alternatives, complaints start to be made, forcing Nick to come up with a solution.  According to his AA sponsor Frank (Michael Pena), who is also a police detective, Nick can conduct a yard sale with all of his possessions, which allows him a number of days to remove all of his belongings from his yard.  Despite his objection, because Nick is being forced to rid himself of all his personal belongings, he realizes his position and starts to comply.  To help, Nick employs a young boy, Kenny (Christopher Jordan Wallace), who hangs around the neighborhood.  Nick and Kenny form a fun friendship of sorts, as do Nick and his new, pregnant neighbor across the street, Samantha (Rebecca Hall), which slowly turns into a period of reflection for the two of them as well, as Samantha considers the position she is in, as her own husband has yet to arrive and help her move in.  Nick is in a rough spot, but it would seem that he could only hope to go up from there. 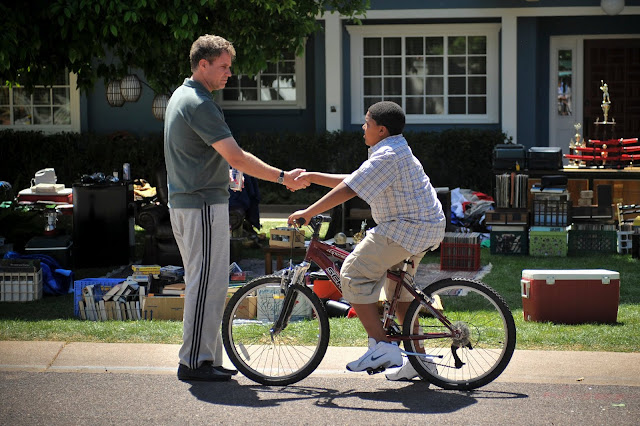 Police Officer:  How much have you had to drink?
Nick:  In my opinion, not enough.
I think there is one scene that perfectly captures both the positive and negative aspects of the film.  It is towards the middle, in a scene where Nick has just revisited one of his old yearbooks, finds a signature from a girl he knew in high school, and decides to pay her a visit.  This character is Delilah, played by Laura Dern, who is at first reasonable to Nick, who is essentially a stranger that show up at her doorstep, only to become understanding, in a sense, to his troubles, despite Nick not quite revealing all of the details of his situation.  The scene is very well acted and put together nicely enough, even though it is fairly extraneous and only prolongs the film further.  It actually is my favorite scene in the film, regardless. 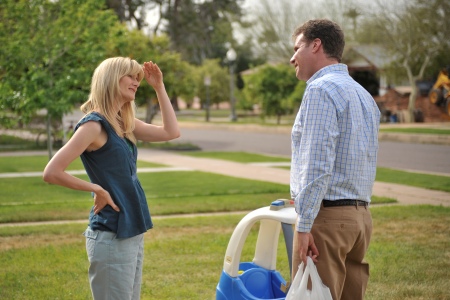 Based on a short story by Raymond Carver, I think the film is very solid, but it does have a lot of slack in its pace.  It also suffers from being very simple, for lack of a better term, in telling its story.  Not much happens in this film, which is to be expected in a character driven drama, but I still found some of the film to feel like it was spinning its wheels.  Even the final resolution of the film, while appropriate, has the sense of making one wish something more could have occurred.  First time writer/director Dan Rush does decent enough work at assembling the film, but it seems more apparent that his work with the actors was better handled than crafting a more fulfilling story. 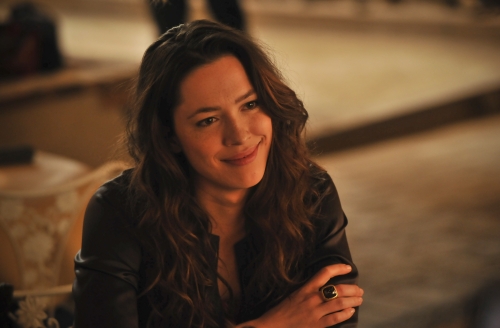 Getting back to these characters, all of the actors do very fine work.  Again, I think Ferrell is very strong in this film.  Previous films, such as Stranger Than Fiction, have hinted at the capabilities of Ferrell in a different sort of mode aside from his standard, over-the-top characters, but I feel like this is the time where it has appropriately come out in a film that deserves a more reserved performance from him.  His attitude throughout the film, the way his character handles the alcoholism, and his interaction with various characters are all the product of a more measured performance that is well suited to this film.  The film features fine work from Rebecca Hall as well, who I am starting to see as an actress that can handle many different kinds of roles, which I want to continue seeing.  And finally, Wallace is a fine young actor as well, who does not become some kind of stereotypical cute kid or a child wise beyond his age; the relationship he forms with Nick is humorous and fitting to the film as well. 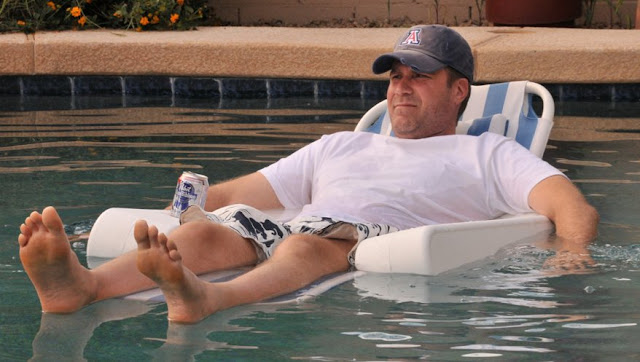 Everything Must Go is a suitable drama that excels mostly due to its character work.  Ferrell delivers a fine performance, as do the supporting characters.  The film does not necessarily last for too long, it just has a slower pace that does apply to the films benefit.  There are also a few issues concerning the basic setup of this story, but I am willing to forgive it, mainly because there was an enjoyable aspect involved in watching this film.  While it is a drama, which actually gets fairly heavy, with all things considered, there is a redeeming element in the way things slowly come together, which I found to be quite nice.  Not a knock out of the park, but the film is certainly worth viewing.
Samantha:  You know you can’t live like this.
Nick:  Why not?
Samantha:  It’s not normal. 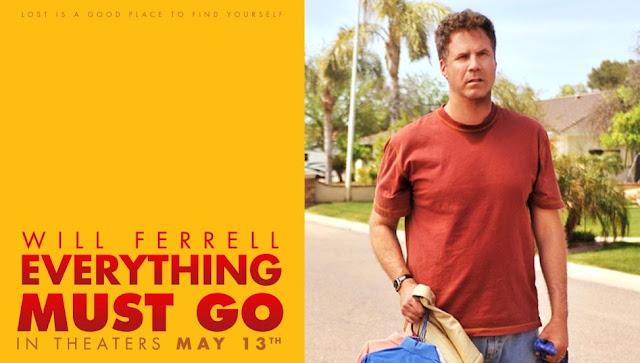