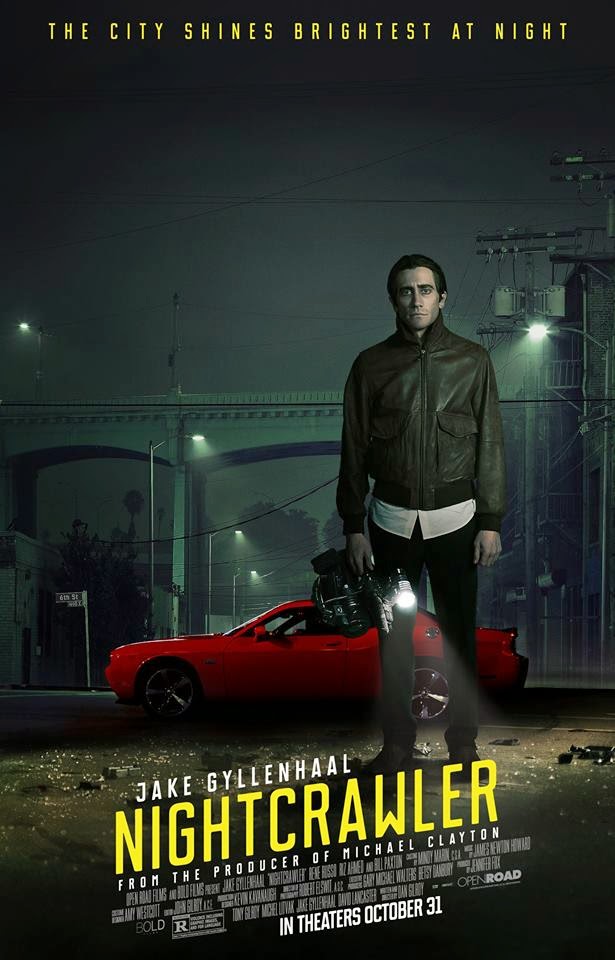 Lou Bloom:  Park the car and get your camera!

I find there to be a lot of beauty in Los Angeles at night.  It is a bit odd, as I find most films that portray LA primarily at night tend to be centered on crime.  Something about the way this city is illuminated by its street lights, cars, and various other forms of activity just does something for me.  Certain films and filmmakers have proven to have quite the handle on filming this sort of thing.  I think of a director like Michael Mann, who seems to understand exactly how to shoot LA at night, given what he brought to films like Heat or Collateral.  With Nightcrawler, a dark, satirical neo-noir, writer/director Dan Gilroy and cinematographer Robert Elswit seemed to want to do all they could to capture amazing photography of this city at night.  As a result, we watch a slimy character do all he can to get great footage, while in turn finding something sublime in how wonderfully shot the whole thing is. 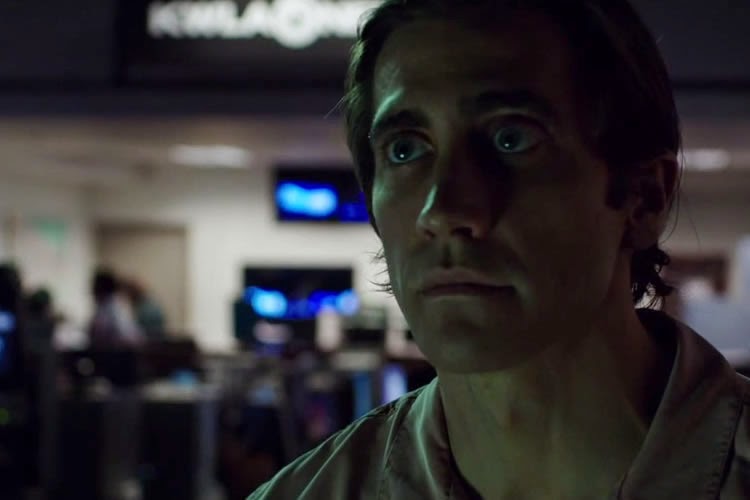 Far removed from the world of Taxi Driver, the most notable film to reference with regard to this film, Nightcrawler does not have the grittiest of streets of New York, with cars and nasty characters emerging from the steam, to work with, nor does it have the haunting emergence of Bernard Hermann’s score to propel it along.  Instead, Nightcrawler is a slickly-produced feature that still knows how to keep a focus on the shady characters existing in the world of today (despite the few identifiers to really establish a particular year), with James Newton Howard’s score working as a way to keep the viewer excited, as they dive further down the rabbit hole that is Jake Gyllenhaal’s Louis Bloom character.

Appearing as a man that never sleeps and works hard to look and act as if he has stretched human skin over the body of an alien, Gyllenhaal play’s Bloom as a man that is lower than those in the profession he suddenly has the urge to pursue.  Beginning the film as a scavenger selling stolen material, Bloom witnesses a car crash one night and finds himself less concerned with the victims involved and more interested in the cameraman filming the scene (a small, but sleezy performance by Bill Paxton).  A few questions later and Bloom has a new goal:  become a freelance cameraman, focused on crime, in an effort to make quick cash by selling the footage to news networks.  It is far better to just see the lengths Bloom goes as the film goes on, but Bloom’s character is certainly something to dive delve deeper into. 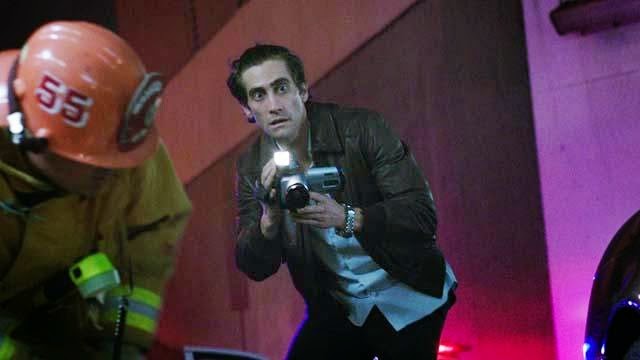 This is a man who is a clear definition of off-putting.  Standing and addressing people properly from a distance, getting to know Louis Bloom means seeing a man who has a level of determination that would be admirable if his speech patterns did not seem like the rehearsed lines of dialogue a used car salesman may use to convince someone of a deal they cannot afford to miss.  This is a man who clearly apes all of the tutorials he must read again and again to succeed, despite his shady methods.  Bloom has a level of intensity that is masked by his seemingly unfaltering sense of optimism around others, even as he eventually reveals powers of intimidation that may have seemed nonexistent beforehand.  Making matters more complex is considering whether or not Bloom actually buys into what he finds himself selling.  Is he delusional or does he understand what kind of person he is?

This is Gyllenhaal at his best.  Continuing his streak of taking on dark and interesting roles (see Enemy and Prisoners), this film finds him playing a 70s anti-hero, who could easily be seen as a reviled villain in another version of this story, but instead comes off as incredibly creepy but weirdly likable at the same time.  Not that his actions are anything close to moral, but much like Bloom’s footage, you cannot look away from this man. 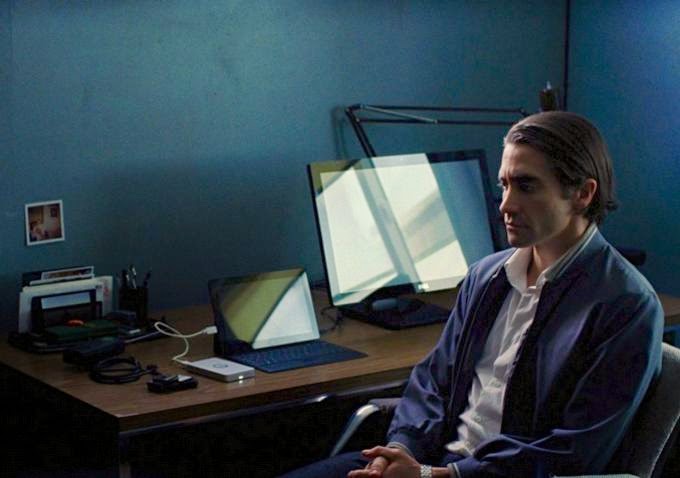 Dan Gilroy is certainly no stranger to filmmaking, given his eclectic writing credits, but his directorial debut is accomplished in all the right ways.  He appears to effortlessly create a haunting sense of reality in the bounds of what we know is a step too far for the actual nightcrawlers working this profession, while still imbuing a sense of excitement and even humor into the proceedings.  Not to reveal too much, but Gilroy’s decision to give Bloom an employee played by Riz Ahmed (star of another brilliant satire, Four Lions), leads to further understanding of who Bloom is, while also adding a new dynamic to keep the darkness in play.  It allows the audience to sit with a character that can get right up close to Bloom and wonder about who this weird guy is, while riding around with him, chasing calls on a police scanner.

Even the scenes based around a news station provide an absurd level of entertainment, given the nature of negotiations that take place in order to air the ‘best’ footage possible.  Rene Russo (Gilroy’s wife of 20+ years) plays the station manager, Nina, who is at first taken by Bloom’s attitude, given the footage he provides, only to become both sickened and in awe of what he can bring.  Nina has morals nearly as low as Bloom’s, but it is her consideration of how to put exploitative footage on the air that enhances the over-the-top reality that this film exists in. 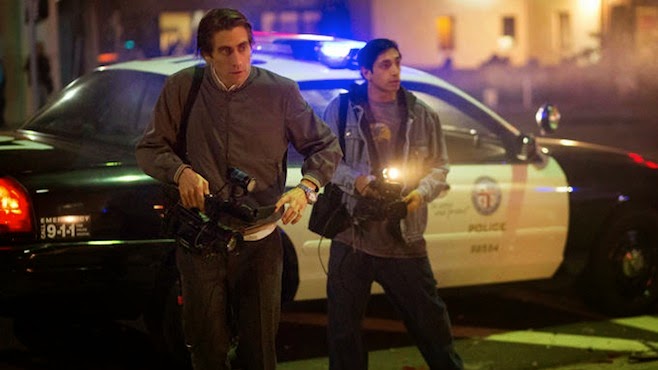 The reality of this whole film is exaggerated, but is handled in a way that truly works to hammer home the ideas and make it feel at one with the gritty films of the 70s that inspired it.  Nightcrawler is excellent in nearly every way.  Highlighted by a terrific performance from Jake Gyllenhaal, this is a film with plenty of style and a great handle on tension in its many forms.  It is the kind of film that can allow for a bombastic car chase to take place and have it feel completely necessary to what Dan Gilroy wanted to accomplish.  That is just one of the many things he is able to let viewers take in, during this LA noir set mostly at night, in an outstanding film full of great nocturnal moments.

Lou Bloom:  If you want to win the lottery, you have to make the money to buy a ticket. 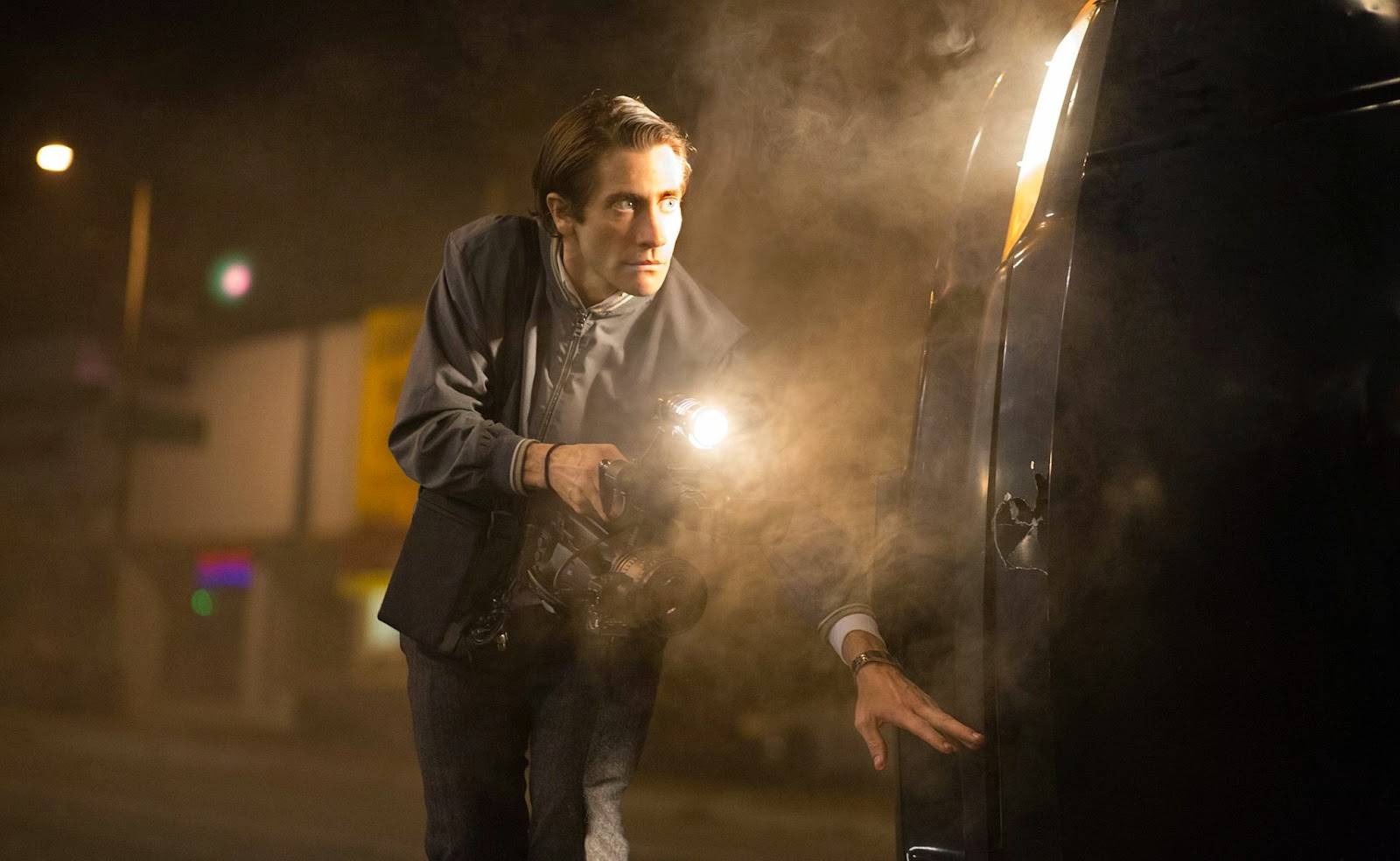 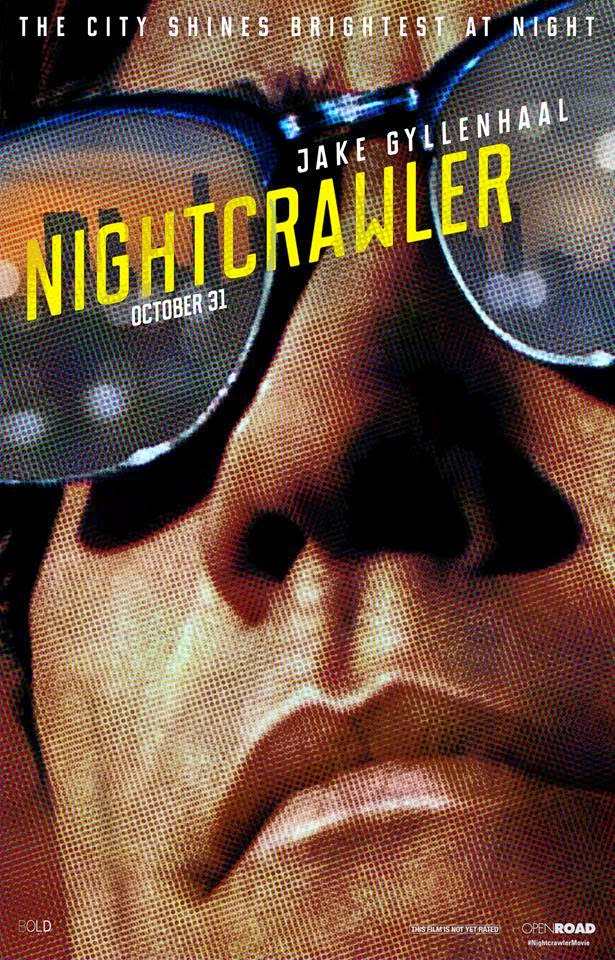