Get On Up Is Out Of Sight (Movie Review) 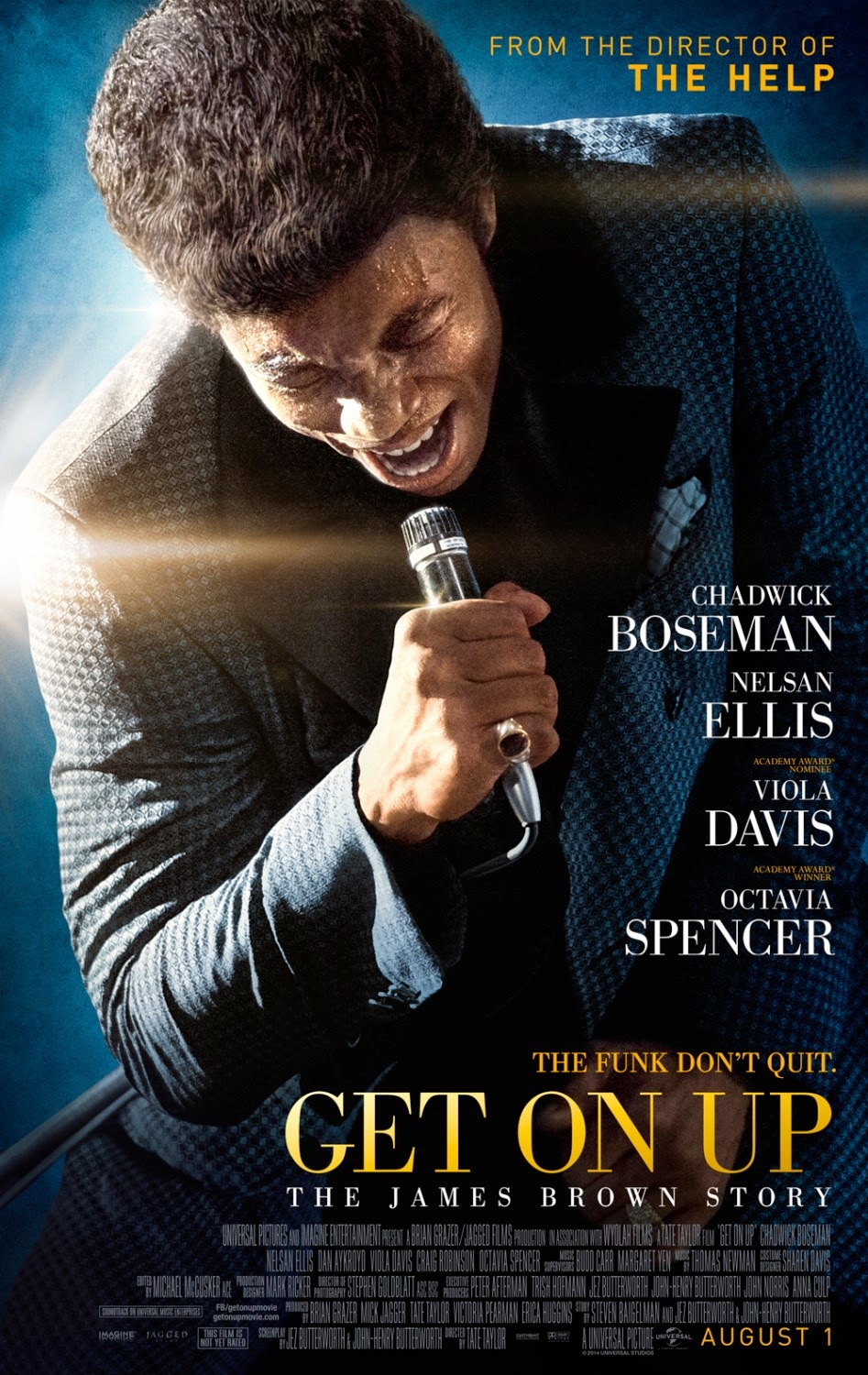 James Brown:  If it sounds good and it feels good, then it’s musical.

There is a level of familiarity to musician biopics at this point that tends to keep me from becoming too excited about the prospect of a new one.  With varying degrees of separation, they mostly tend to follow a formula, much like any film that hits similar beats as its predecessors within the same sub-genres (just look at the Guardians of the Galaxy, which opens on the same day, as it is supremely entertaining, but still following a proven formula).  Keeping that in mind, I am also a big fan of James Brown and was happy to go in to this film pretty open-minded (as I generally do).  If there is one way to express how much I ended up enjoying Get On Up, it would have to be by stating that no musician biopic has ever made me want to dance as much as Get On Up did.  While the film only occasionally falls into some familiar trappings, Chadwick Boseman’s lead performance is terrific in a film that tries to be fair to its main subject, and add plenty of soul to the genre. 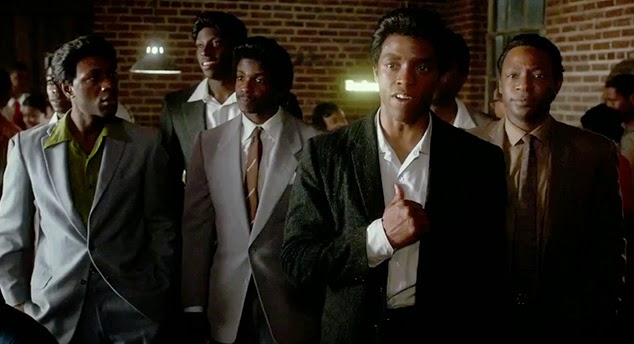 This is a film that follows James Brown’s life from his troubled childhood, into his singing career, up to his peak, with time spent after the height of his fame as well.  There are two decisions made to make this film stand out a bit more, even though these narrative devices are not uncommon.  The first is creating a fractured narrative structure.  We jump around time throughout this movie.  There is a rhythm to why the film moves this way, but we often see segments from early and late in the life of James Brown running into each other.  Having James Brown speak directly into camera is another cinematic touch this film employs.  Jersey Boys recently featured this as well, but while that may work well in the stage musical, the theatrical attempt felt too scattered to really register.  In Get On Up, Brown’s aside’s to the camera manage to both inspire humor and let us in on certain shames he may have in his own behavior.

I may have just described simple narrative tricks to make the film seem a bit more interesting in a film world full of bland biopics, but there are several aspects that make this film stand as strong as it is, with the key one being Chadwick Boseman’s performance.  James Brown was a larger than life personality and while it may as well be impossible for Boseman or anyone to truly capture the presence of James Brown, he certainly achieves the right percentage of what it would take to make it effective on film.  Regardless of whether or not Boseman actually sang, his energy in recreating live performances, dancing and shuffling all over the stage, and being a general ambassador of the funk that James Brown was the godfather of, all register in the exact way one would hope.  What adds to how accomplished this performance is, is the way Bosman plays the role when not on stage.  Here we are able to see a version of what this man is and even if the film does not delve too far into his drug use and legal issues, there is still plenty of time spent unpacking this man’s childhood and at least letting us understand how James Brown was fashioned into a person that was both a legend and very human in some of the worst ways. 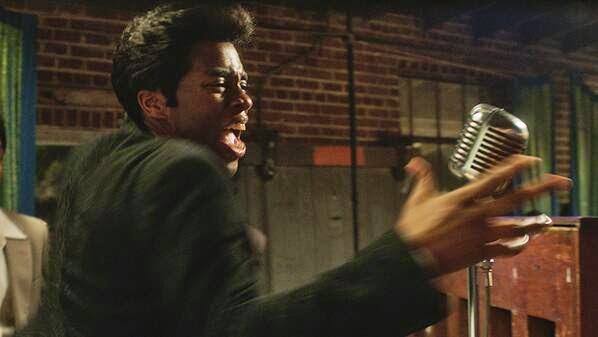 Coming off of the Jackie Robinson biopic, 42, Boseman has gone from an understated role to a much livelier performance, yet we are never kept from knowing the dynamic human that lies beneath all that swagger.  At the same time there are several strong supporting performances in this film as well.  Chief among them is Nelsan Ellis as Bobby Byrd, James Brown’s best friend and constant support during his performances.  As Ellis is one of the last good things to be associated with HBO’s True Blood, it is of little surprise that he is so strong in this film, given the tricky relationship Bryd had with Brown.  Additionally, Dan Aykroyd provides nice work as Ben Bart, the one studio man Brown could call his friend.  Then you have obvious greats Viola Davis, Lennie James, and Octavia Spencer all popping into key roles and providing strong work in their small moments.  Even comedian Craig Robinson manages to step it up into dramatic mode, acting as a constant thorn for James Brown, as one of his band members.

With a script developed by Jez and John-Henry Butterworth, director Tate Taylor has managed to put together a strong version of the biopic that does not attempt to do more than showing its topic as who he was, while injecting a level of flair that gets across the sense of style that James Brown was a part of, even if we only get so much period detail, depending on the year the film is portraying.  As these films tend to be much more modestly budgeted, I can say I was impressed by how colorful and lively the whole film felt, even when hitting some of the darker periods in Brown’s life.  If of course helps that Taylor manages to hold up the pace of this 2+ hour film.  His last film, The Help, which I found to be well-meaning and acted, but hampered by its simplistic take on ‘racism is bad’, also lasted for more than 2 hours and felt it.  Get On Up is a more entertaining to film to watch, which may or may not be obvious, and it certainly feels like a good use of that amount of time. 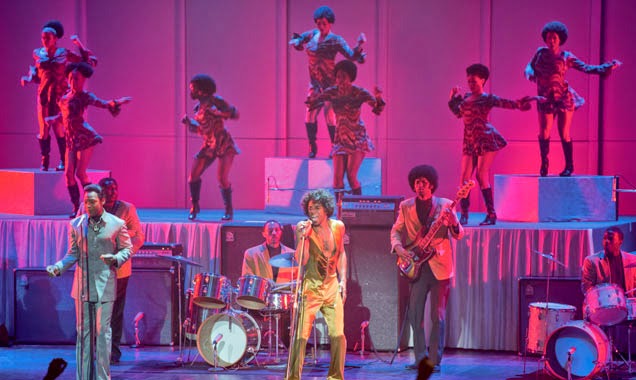 It should go without saying that the soundtrack for this film is pretty great, but the film manages to utilize all of the songs to great effect, whether they are just strong diversions or a solid representation of what James Brown is going through, when performing.  Adding this to all the other filmmaking elements and Get On Up does everything it can to be one of the hardest working biopics in recent years.  At a time when Walk Hard: The Dewey Cox Story managed to both hilariously send up many musical biopics to great effect and in essence ruin the genre, in my eyes, for many that have come since, Get On Up has provided me with a strong counter to the stuffy versions of these films that I have seen over time, regardless of how strong the lead performances may have been.  Get On Up has all the heart, funk, and soul that you want, so if you at least have the feeling you may want to check this film out, go for it and you might just ending up feeling very good (so good) afterward.

James Brown:  Are we done Mr. Byrd?
Bobby Bryd:  I’m afraid not Mr. Brown.
James Brown:  I said are we done?
Bobby Byrd:  I think we’ve got more funk in the trunk. 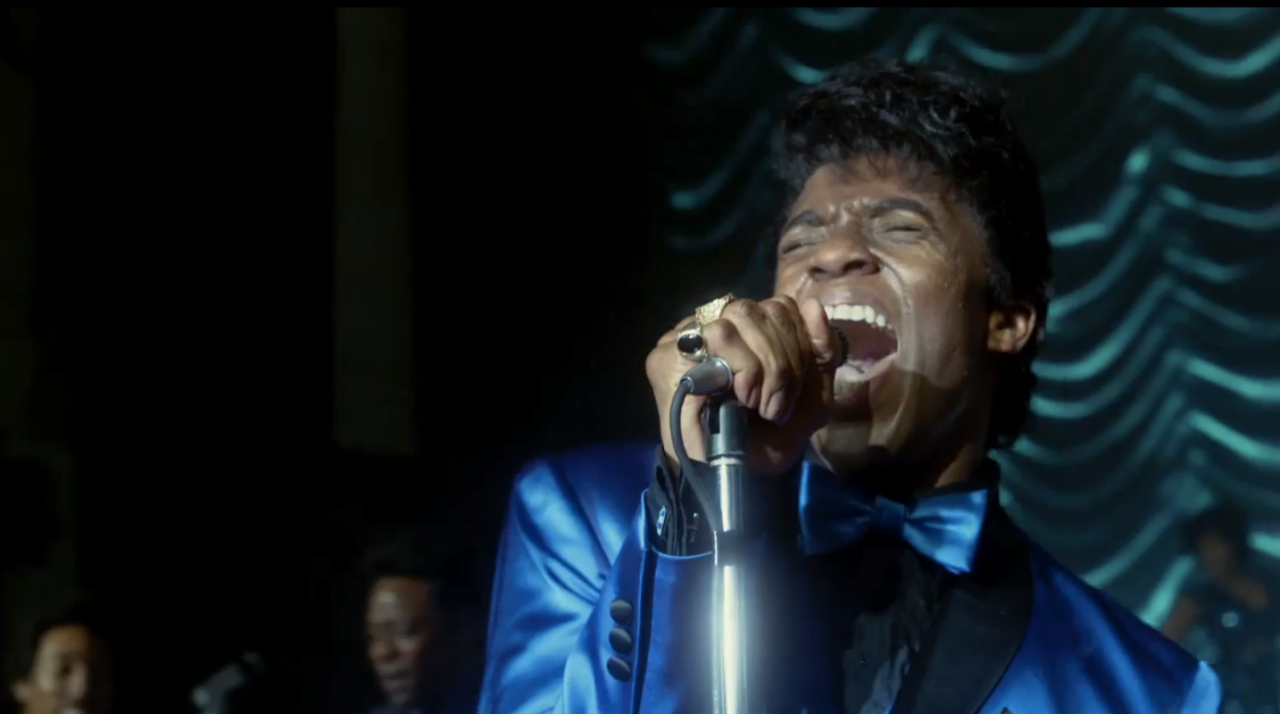 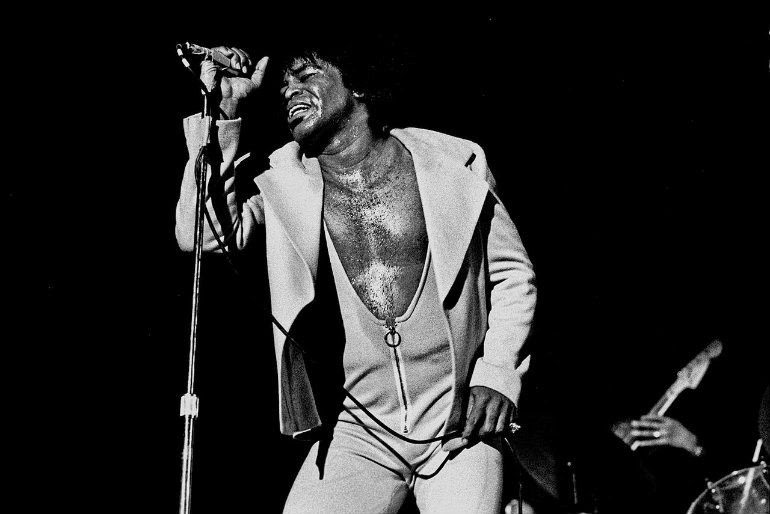