Despicable Me 2: Attack Of The Minions 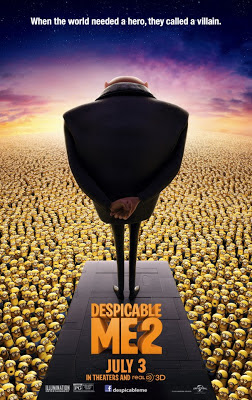 It would appear that the Despicable Me films are not for me.  Despite having a love for animated films, wacky humor, and films that have original songs and themes by Pharrell Williams, I remained unattached to what should be entertaining me quite easily.  The concept of pulling a reverse-Incredibles and having us follow a reformed super-villain seems like such a good concept, but I continue to feel fairly indifferent to the series.  A lot of it comes down the scripting of these films, which seems to be happier on delivering cute moments than having a film that holds together all the way through.  That said, many others were more appreciative of the first film than I, so more of the same may be enough for those excited about this sequel. 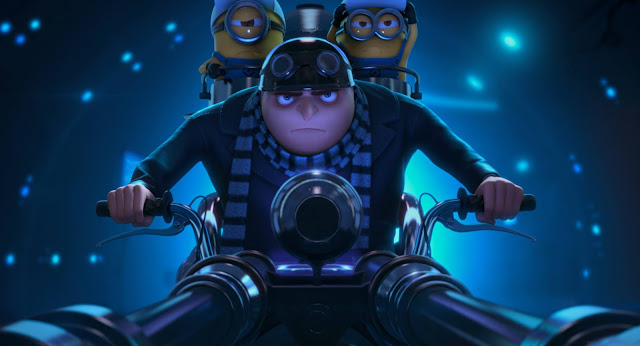 Picking up from where the last film left off, Gru (Steve Carell) is now living the life of a super-villain-turned father, as he continues to care for his adopted daughters Margo, Edith, and Agnes (Miranda Cosgrove, Dana Gaier, and Elsie Fisher).  Gru is enjoying this life, but is happy to relive his early days when he is recruited by the Anti-Villain League and partnered up with the eccentric Lucy Wilde (Kristen Wiig) in an effort to track down a super-villain that stole a chemical that transforms lifeforms into crazy mutants.  Along with this plot, the notion of romance is becoming a thorn in Gru’s side, as he deals with his daughters pestering him into getting back in the dating world.  Of course, there may be other nefarious things afoot, as someone is also secretly kidnapping Gru’s minions.

Let me get this out of the way:  I was not a fan of the minions in the first Despicable Me.  As much as I get that they are around to act as comedy breaks for the film, or perhaps an animated Greek Chorus, I tend to find the minions to serve as shortcuts, when the film has nothing else to go back on.  The best thing I can say about this sequel is that I was much happier to accept them this time around.  It partially has to do with how they are incorporated into the plot, but I think I have also just become numb to the very idea of them.  I will say that the minions provide the films with some inventive ideas, especially in regards to the use of 3D (Regardless of my review of the film, both Despicable Me films continue to be one of the best examples of 3D in animated films), so even if I am past the point of caring about minions, I am happy to enjoy what they bring to the film from a visual standpoint. 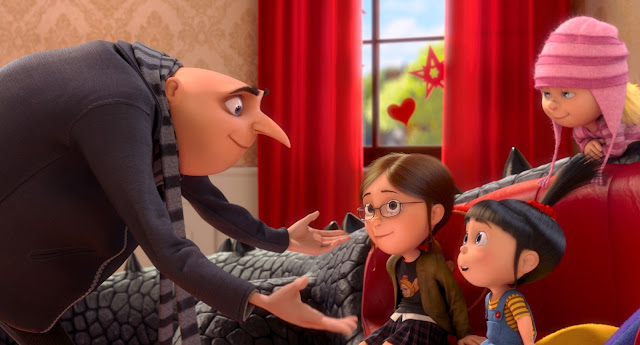 Despicable Me 2 does continue to provide a fun, wacky world for the characters to exist in.  There is not much rhyme or reason to where these characters are or what could actually be damaging to them (everyone has the resilience of Wile E. Coyote) and the use of scale only emphasizes how this film is happy to be larger-than-life in presentation, rather than completely rational.  The film comes from Universal’s Illumination Entertainment animation house and while it does not have a long list of features in its stable, there is certainly a strong confidence in the animation direction, under the command of directors Pierre Coffin and Chris Renaud.

The issues revolve around the script by Cinco Paul and Ken Daurio.  The first film had the advantage of establishing a new character and getting the audience to care for him, based on the backstory we came to learn about.  Despicable Me 2 does not have much of that to fall back on this time around and so the stakes for the character are much lower.  This would not be much of an issue, were the film to have a really compelling story or better comedic/adventure set pieces to work with, but the film really does not have that.  I would say the beginning of this film is a lot of fun.  The world is set up again, we catch up with the characters, and learn about the new ones.  Then the film gets to a middle section, which had me really bored, turning an interesting story into one more about random romances occurring and doing little in the way of really clever, original humor.  The last 20 minutes or so of the film brought things back up a bit, but mainly because of the large scale adventure aspects, which were fairly exciting to watch.  By the end of the film though, I really could not say there was a highly memorable moment for me to think back to (aside from a random flashback involving a shark and a volcano). 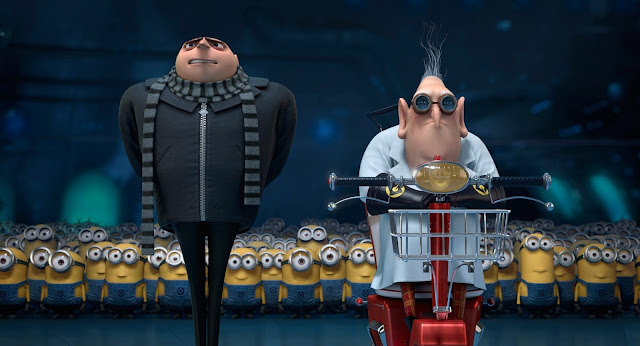 The characters are another curious thing about this film.  Steve Carell continues to be reliable fun as Gru, as do many of the stars providing their vocal talents, but a bit of a change occurred in this sequel.  The first film had the notable quality of letting actors put on voices that did not just sound like those actors in an animated movie.  Take away the cast list and I would have a hard time figuring out who was voicing who.  Despicable Me 2 practically jettisons this aspect.  Kristen Wiig plays a character that seems a lot like Kristen Wiig, but animated.  Benjamin Bratt plays a character of Latino decent, who owns a Mexican restaurant (the fact that he replaced Al Pacino also took away from some further potential enjoyment).  It is not that these actors are bad in the film (Wiig shines, in fact), but the notion to have actors play around with other voices seems to have been pushed aside this time around.

Addressing the film as a whole, Despicable Me 2 felt like nothing special.  For me, much like the first film, despite having the ingredients of an animated film that could appeal to me quite a bit, I was left shrugging my shoulders.  There is some light entertainment value to be found, but I cannot say it matches up to other animated films that I have enjoyed in recent years.  It is bright, colorful, and well animated, but the core story and attempts at humor did not balance the film out well enough for me.  Not even 10,000 minions were enough to get me to be on board with the film, though if we get more Pharrell songs in the inevitable Despicable Me 3, I will continue to try and enjoy these features.

Lucy:  You really should announce your weapons after you fire them.  For example:  Lipstick taser! 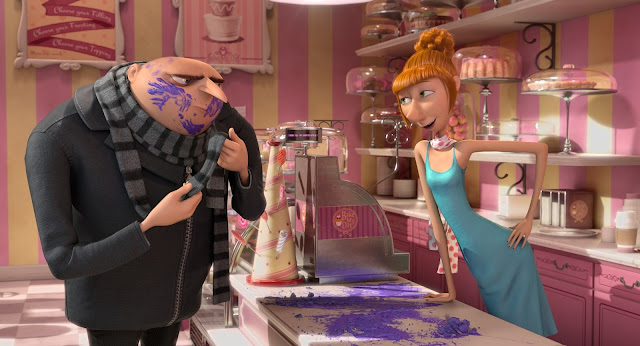