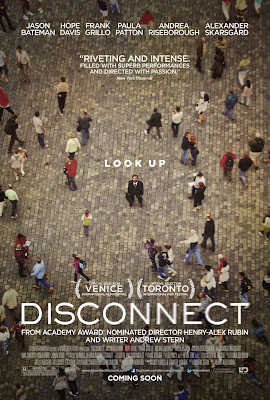 Disconnect:  2 ½ out of 5
I honestly wish I could delve deeper into certain movies, but alas, I get incredibly busy and can only deal with certain movies to a briefer extent than I would like sometimes.  This is why I write these occasional "brief thoughts" posts on movies I have seen, as I want to at least offer some of my own perspective on them.

Disconnect is a film that will soon be put into limited release all over the country.  It has previously received some notoriety and buzz at various film festivals, as it has a story that would appear to be pertinent to today, while employing a talented cast to accomplish the goals of the film.  The story is one that involves many interlocking plots and characters, connected by a universal theme:  people struggling to connect based on the prevalence of modern technology.  The story features different examples of this, including an up and coming reporter, who hopes her interview with an underage, erotic chatroom worker will be her big break; a teenager who faces the consequences of cyber bullying; and a couple, who recently lost their child, struggling after their identities are stolen online.  The cast includes Jason Bateman, Hope Davis, Frank Grillo, Andrea Riseborough, Paul Patton, Alexander Skarsgard, Max Thieriot, and Michael Nyqvist. 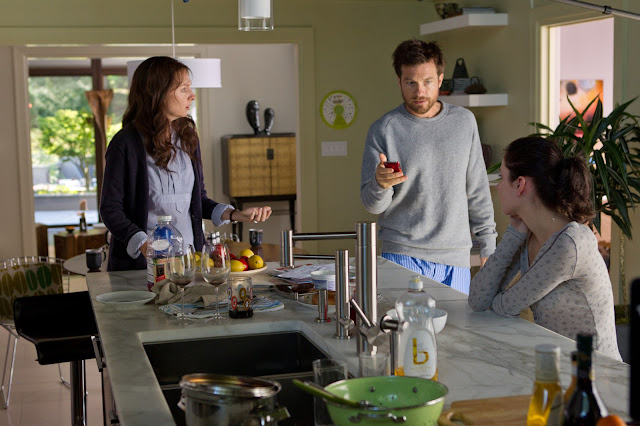 Fittingly, the film’s title describes my overall reaction to what this film has to offer – disconnected.  I get what the film is going for and understand that it is well-meaning in what is supposed to be being portrayed on screen, but after a half hour, I basically got what the film was trying at and had to stick with it for another 90 minutes.  I am more or less putting it bluntly, as I did think the film had a lot to offer for a certain audience and the performances were mostly solid; with Jason Bateman (not surprisingly, as I think he has lots of untapped dramatic talent) serving as a standout.  I would also say the same about Frank Grillo, who continues to be on the rise and destined for more stardom in the near future, but there are issues I have with his character based more on the script by Andrew Stern than his performance.

I guess my issue is that the film relies heavily on stacking up as much drama as possible, with little in the way of light at the end of the tunnel.  A film like this certainly does not need to have humor injected into it, but the combination of so many characters all suffering in some way, with a message, and various stories that couldn’t find a way to keep me heavily invested during its entire runtime seems like a film that that is not connecting with me the way it hopes to.  Additionally, the direction by Henry Alex Rubin is very apparent in the way it emphasizes the characters' “disconnect” from each other, given a lot of very obvious framing and a climatic sequence fitted with some slo-mo photography and fancy editing.  The film may not be as “wild and crazy” as Paul Haggis' "Racism Wow!" campaign that was Crash, but I really was not taken by how Disconnect was presented.

Aside from some strong performances and having an opinion about a modern issue being put on display in a decently effective manner, Disconnect was not a film that kept me holding on for more. 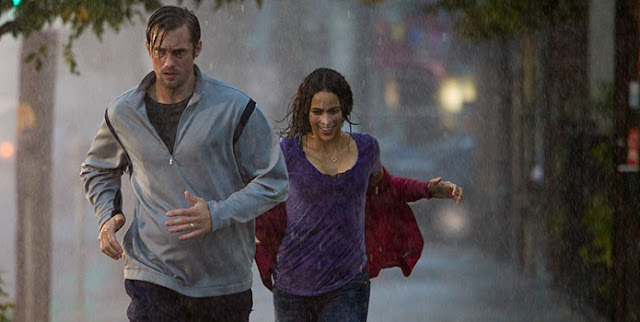