‘The Possession’ Has A Generic Title Fitting Of A Generic Movie 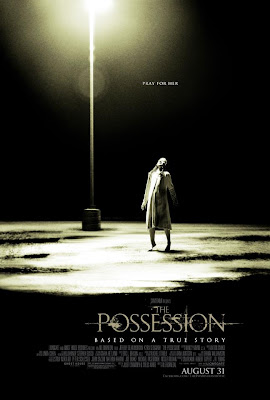 Emily:  Daddy, you scared me.

The Possession is everything one would expect from a late August or early January horror film release.  This of course means it was filmed a while ago, sat around until things seemed clear enough, and was then dumped into theaters.  There is something to be said for the marketing effort made to promote this film, complete with creepy images of bugs and hands coming out of mouths, but the film does nothing out of the ordinary and simply functions as another bland exorcism movie. 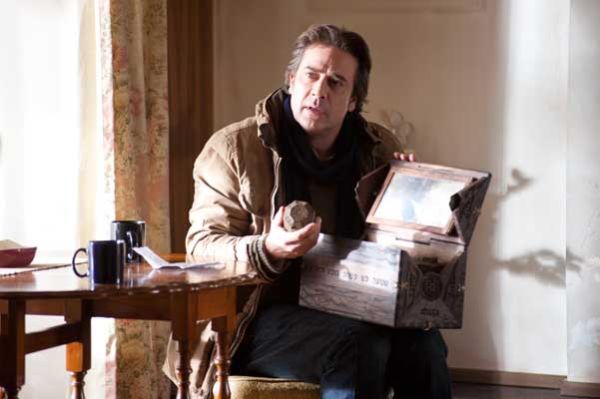 Jeffrey Dean Morgan stars as Clyde, a basketball coach and divorced father sharing custody of his two girls, Emily and Hannah (Natasha Calis and Madison Davenport), with his ex-wife, Stephanie (Kyra Sedgwick).  Clyde and the girls stop at a yard sale one day and Emily takes focus on a peculiar antique box, which her father allows her to buy.  It is immediately clear that this box will be an issue for all involved, especially Emily, who starts to act very strange.  After opening it and finding a collection of odd items, including dead moths, a tooth, and other weirdness, Emily is soon acting unlike herself at all, which includes back talking and lashing out violently against others.
Clyde sees that the box is clearly the root of the problem, despite not being believed by anyone else, and does his own research on what this thing is.  We learn that the item is actually a Dybbuk box; an item known in the more orthodox levels of the Jewish religion, which is supposed to contain malicious spirits, keeping them at bay.  Due to Emily’s handling of the box, it seems as if the spirit has escaped and has possessed her.  It will be up to Clyde and a Hasidic rabbi (Tzadok, played by Jewish reggae star Matisyahu) to do everything they can to put the demon back in the box. 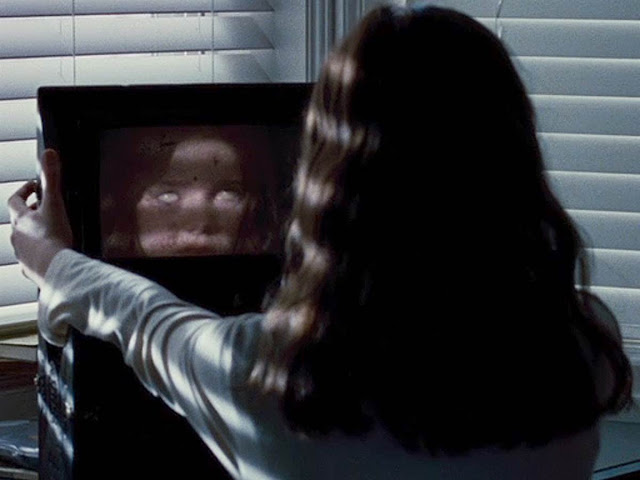 The film was produced by Sam Raimi’s Ghost House Pictures, which has varied amounts of success in producing really solid horror features.  The Possession is fortunate enough to have money shots that do not necessarily come out of nowhere (i.e. jump scares are more minimal than really trashy horror films), but those money shots are also not that scary.  Director Ole Bornedal constructs a film that is well shot, but becomes incredibly predictable when you realize what his template is – a cut to black timed with a single piano note, following something spooky.  I bet I could time my watch to it, if I tried.  The creepy imagery is notable though, with the film choosing to embrace some of the over-the-top horror spirit of a Raimi film (which is pretty ridiculous, given the tone of the film overall), but the more interesting moments, like a scene involving a trip to the hospital, are too few and far between.
Truly bringing this film down is the role of dumb decisions and other silly aspects that take place in the film.  Key point, which is the main reason that drags the film down for me, Emily takes a ring out of the box early on and wears it.  Throughout the film, we not only see the ring, but her entire hand, which has turned a completely different color.  No one in the film questions this, let alone the fact that Emily starts to look like a strung-out drug user, living in a gutter.  Instead, we have a series of characters choosing to believe anything else, which is fine, given that no one inherently believes in a demon possessing a child, except that people instantly buy into other ideas that would seem just as silly.  We are also supposed to accept that there is a certain floor in a hospital that no one goes to and is perfect to do a secret exorcism. 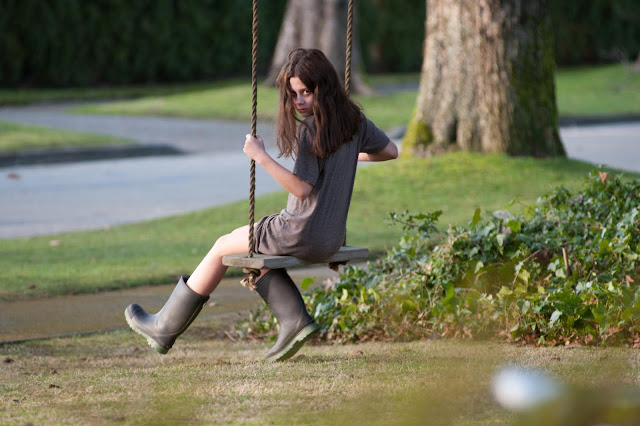 What is irritating is how the movie actually does start out with promise, at least from a character standpoint.  Jeffrey Dean Morgan is really good in his role.  I enjoyed the setup involving Clyde as this divorced man who is flawed, but cares deeply for his family.  Morgan brings a level of warmth to his role that could easily function in a regular drama, but he is trapped in this supernatural horror story instead, which he does a good enough job in making work.  A film like this could normally suffer when we arrive at the scenes where everything is explained to the main character, but I liked Morgan’s interactions and actions taken to find out what the box is.
Not faring as well is Kyra Sedgwick, who is straddled with the role of the shrewish ex-wife, always nagging on Clyde, seeing things exactly the wrong way, and freaking out when it is all too late.  Her character is a strong embodiment of why this film feels tired overall.  Matisyahu, certainly an amateur, actually does a bit better.  The film tries to go for a change in pace, for these types of films, by casting a younger man as the person in charge of the exorcism that will occur, in spite of the elders who are against it.  This is fine, as are the attempts to bring a tiny amount of lightness to the film, based on his interactions with Clyde. 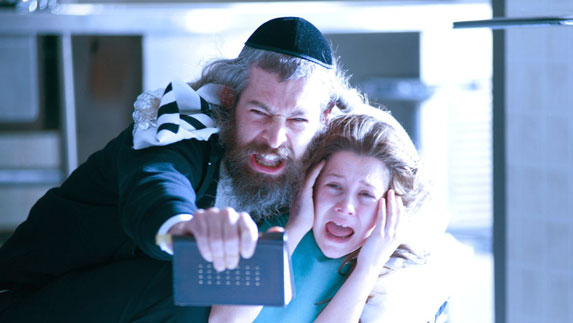 The Possession is not awful; it just does not leave much to remember.  The scares will be pleasing enough to the PG-13 crowd and hopefully Jeffrey Dean Morgan can move onto better things, but this movie came out at this time for a reason.  You can shove hands through throats and pile on the moths all you want, but another tired riff on the exorcism horror genre does not mean a whole lot, even if you add Jewish reggae star Matisyahu to the equation. 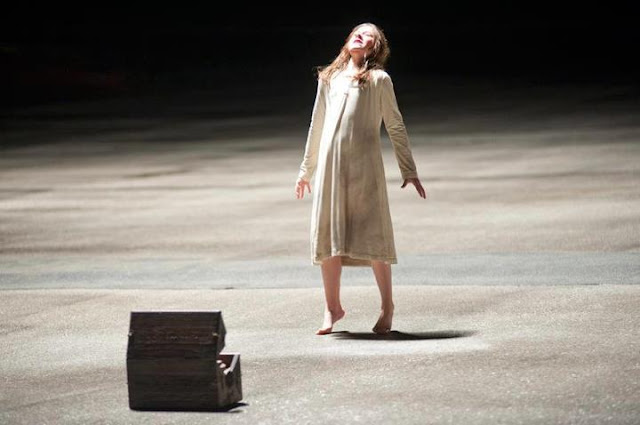