Rob And Steve Have A Lot Of Fun On ‘The Trip’ 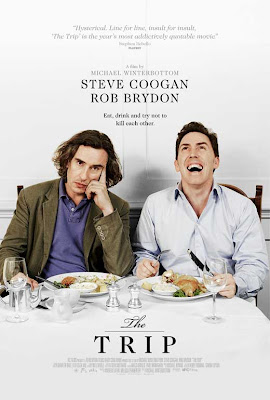 Rob: Why me?
Steve: Well Mischa can’t come and I don’t want to go alone. I’ve asked other people, but there all too busy, so uh…you wanna come?

There are a lot of very good past and present actor/director teams and actor/actor teams.  While it is easy to acknowledge examples such as Scorsese and De Niro or Johnny Depp and Tim Burton, more obscure ones, such as Viggo Mortensen and David Cronenberg are equally great pairings.  The subject of this review, The Trip, is very obscure (at least for American audiences), as it reteams director Michael Winterbottom with actors Steve Coogan and Rob Brydon.  The three have previously worked together on two very good films, 24 Hour Party People and Tristam Shandy: A Cock & Bull Story.  Their latest collaboration, The Trip serves as a humorous, and at times hilarious, look at two actors playing exaggerated versions of themselves as they go on a road trip through North England, acting as the perfect foils for each other.  Some of the material is incredibly dry, appropriate for British humor, but The Trip is certainly worth taking. 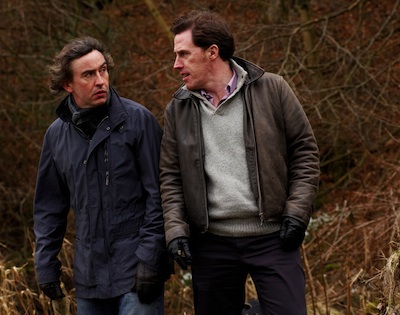 Steve Coogan sets this film in motion.  He starts the film off by calling his friend-of-sorts, British actor and talented impressionist Rob Brydon, and inviting him on a trip through the north of England, where they will visit a number of restaurants and provide reviews for a magazine article.  Brydon was a last minute choice for Coogan, who initially planned to take the trip with his American girlfriend, Mischa, but they are currently on a break.  Brydon accepts the offer and the two go off on their small scale adventure.
Between these two men usually exists a bit of competition, as they both tend to bicker and try to constantly outdo each other, whether it be about who does the better Michael Caine impression or which one can be a better comic improviser.  There is the occasionally friendly banter that exists between Steve and Rob, which leads to a lot of fun comic riffing between the two.  Over the course of the film it also becomes clear about how each of these men feel about their current position in life. 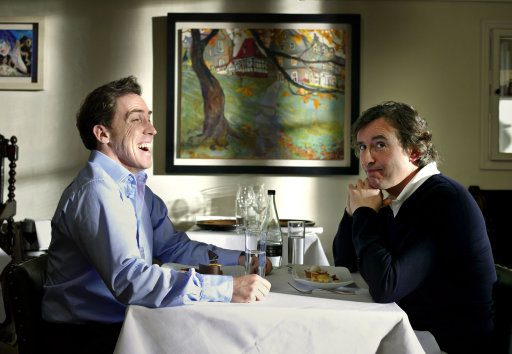 It is worth noting that this film has actually been edited down from a six-episode TV series that aired on the BBC.  I feel this is important to note, because the film does shy away from certain elements that would seem more important in an episode format; namely the actual restaurant tour that these men are taking.  While we see a lot of the food that is consumed (which is mostly delicious looking scallops) and spend time admiring the locations, the film format makes this much more clearly a character study than anything else.  As a result, while we learn little about the already flimsy premise of this film, we do benefit from watching a film that is not just a simple comedy, but one that portrays actual characters.
This film surprised me the most in the way that it imbues Steve Coogan’s character, “Steve Coogan,” with pathos.  This is not an absolutely true to life portrayal of course, but he does play himself as a British star who is popular in his home country and has appeared in a good number of American comedies, but has yet to really breakout big, causing him to be quite annoyed with his current standing.  This all comes out in his general attitude, as he is occasionally grumpy, but continues to fool around with the various women he meets at the different stops on the trip and constantly has the need to put Rob down, when he can.  We also get a look into his personal life, as he bickers with his girlfriend and tries to have a conversation with his teenage son via a cell phone with bad reception, given his location in the north of England. 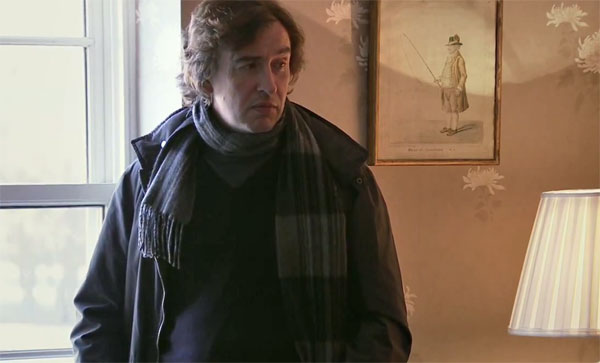 Rob Brydon’s character, on the other hand, is a much warmer personality, albeit a potentially annoying one.  Despite never seeming to be feeling the tragedy of his smaller scale celebrity status like Coogan, he does constantly slip into his persona as an impressionist.  He does it constantly, which certainly irks Steve and can border on tiresome with those around him as well.  Still, he does many very good impressions and is a much cheerier fellow.  His upbeat nature is due to the fact that he is seemingly happy with his life, as he is married with a newborn child back at home.
The contrast between the two becomes more apparent as we see Rob and Steve facing off with their knowledge.  While Steve has a habit of going over cold facts about the places they visit with Rob, Rob is more about learning the appropriate poem to recite back to Steve (while doing someone else’s voice of course).  It is an interesting sort of companionship that is explored in this film, as these are characters that have been friends-of-sorts for a long time and will most likely grow old together, and yet we still get to see them interact and play off of one another.  To move against some of the more sharp and biting scenes, such as one where Steve gives a fake eulogy for Rob, while at a cemetery, it is nice to see this bickering being counteracted by genuine moments of friendship, where the two simply bounce different ideas back and forth off each other and are clearly having a good time doing so. 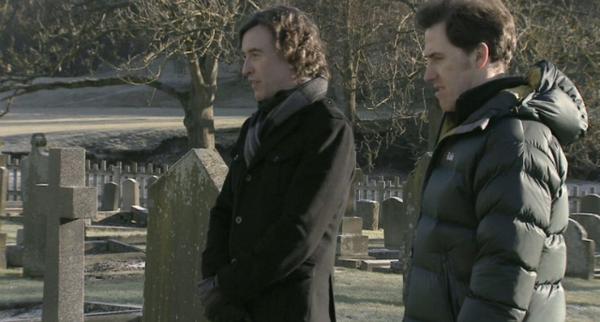 It is always interesting to me when I end up analyzing the subtext and themes of a comedy more than just the basic elements.  Comedy is subjective, so there is really only so much I can say in regards to that aspect, but the fact that a film like this has more to offer than just laughs deserves to be acknowledged for such merits.  With that said, I did enjoy this film a lot, with a lot of that enjoyment being due to great humor in this film.  It runs a little slow, as we follow a pattern of Steve and Rob driving, eating, riffing off one another, and doing impressions, but the chemistry is there and the film provides some great moments.

Rob: It tastes like a childhood garden.
Steve: Was there a lot of alcohol in your garden as a child? I’m sorry Rob. 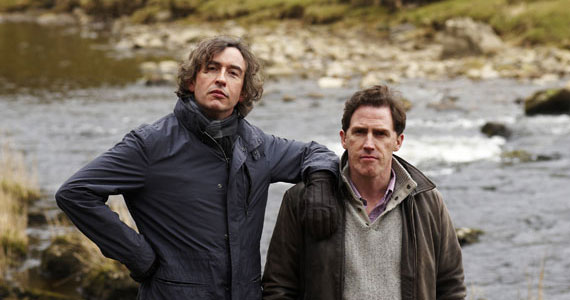