I really enjoy putting my reviews together.  I honestly wish I could delve deeper into certain movies, but alas, I get incredibly busy and can sometimes only deal with movies to a briefer extent than I would prefer.  This is why I write these occasional "Brief Thoughts" posts on movies I have seen, as I want to at least offer some of my own perspective on them.  They may not be as polished, but I can at least get my opinions out there. This edition of "Brief Thoughts" features a look back at Zack Snyder's Watchmen:

Today (3/6/19) is the 10th anniversary of Zack Snyder’s cinematic adaptation of Watchmen, a film that works decently enough as an alternate approach to superhero cinema, but still felt like a misguided effort.

As a huge fan of the original graphic novel, I was excited at the time to see the film, even with apprehension over how Snyder and writers David "Solid Snake" Hayter and Alex Tse could possibly make something so audacious work as a film. Terry Gilliam may have deemed the concept "un-filmable" when he was attached, but Snyder indeed went in head-first.

The result was a near 3-hour arthouse superhero flick warped by style over substance. It captures the look but misses out on finding a way to deal with the big ideas writer Alan Moore had been grappling with.

Mileage may vary on certain casting choices (Jackie Earle Haley - yay, Matthew Good - nay), and the very awkward soundtrack cues ("Hallelujah" - oy vey), but my biggest issue continues to be a misunderstanding of the material, despite a devotion to slavishly recreating many of the panels and moments from the book.

Staying true is all well and good to a point, but not when there’s little that seems to have been said when it comes to taking on the themes of the story and adapting them to fit a cinematic narrative.

As a result, there’s a lot of violence with an emphasis on how cool it looks, which feels like a massive betrayal of the tone of the comic, let alone a second half that feels completely rushed, among other issues. It's an odd experience and visually striking, but it comes as no surprise that Snyder would double down on pushing the wrong lessons to take away when adapting Superman for his own purposes, let alone the very Frank Miller approach to Batman v Superman, again, without considering the irony and satire Miller was going for at the time. 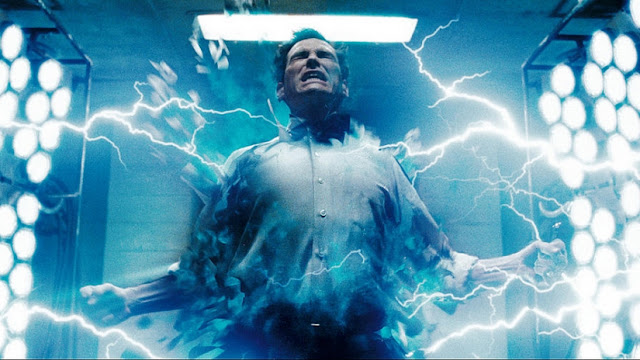 That said, for Watchmen, finding ways to capture Rorschach, Dr. Manhattan, and The Comedian, among others as characters deserves its share of praise, along with the visual effects and costume designs to bring them to life, let alone the actors assigned to these various roles. The film may have a problem with having too much respect for Rorschach as a character, but when he's one of the most compelling figures on-screen, it's hard to want less of whatever that is.

At least the ending seems to be a proper approach to dialing down the weird from the comic to make for something more reasonable. The ultimate message comes through, although that feels like partial praise, given the rocky road getting there in the film's back half, let alone the lack of patience to make the other ideas truly work.

We can all still admire the opening credits sequence as one of the best moments in any of Snyder’s films, but I look forward to whatever the upcoming HBO series by Damon Lindelof is going to be, as it at least wants to move in some new direction, rather than just redo the same story again. [Update: the pilot episode is terrific and a fascinating look at what comes next in the world of Watchmen,]

All of that in mind, Snyder’s Watchmen is perhaps the best cinematic version one could have hoped for, warts an all. Though I’m still upset that there were no hoverbikes.

[Note: I initially just wanted to make a few tweets, but this became too much to justify as an overlong thread when a blog post ends up making more sense. That said, for a more in-depth take, The AV Club's Tom Breihan has a good take on Watchmen in his Age of Heroes series.]

[Additional Note: Part of the good of Watchmen being turned into a film was my interest in a podcast covering the original graphic novel, chapter by chapter. That, in turn, helped fuel my desire to start a podcast of my own. This led to me not only developing a show with my friend and co-host Abe Moua but connecting to the guys from that Watchmen podcast to help in the initial development of Out Now with Aaron and Abe.]

[One More Note: Zack Snyder tends to only be as good as the scripts he has to work with. His Dawn of the Dead remake is still his best film, Batman v Superman is undoubtedly an ambitious mess, and I wish Man of Steel stuck to the promise of capturing Americana through the lens of Superman. I also like the Owl movie quite a bit, and 300 is a fun romp. I don't know why die-hard fans take everything surrounding his films so seriously, but I can respect the man for delivering movies with impressive visuals (maybe not Justice League so much), and an approach to action that at least stands out from the pack most of the time.] 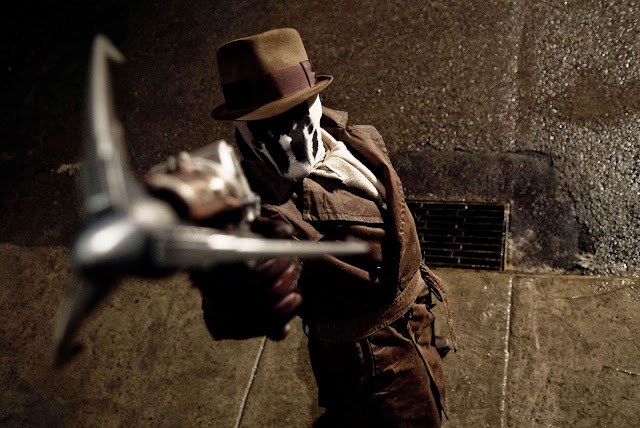