How About That Trailer? - Jurassic World: Fallen Kingdom

After a week of teases, the first trailer for Jurassic World: Fallen Kingdom is here, and it has aimed to impress. Going bigger and darker, this is the sort of thing you'd expect to see from a sequel to one of the biggest films of all time. Fortunately, I'm on board for more adventures based on the creations spearheaded by John Hammond. Take a look at the trailer above and then come back to read some more thoughts on this upcoming summer blockbuster.

I'd say that was pretty great as far as setting up as a reason for another Jurassic film to exist and finding ways to throw new visual ideas into the mix. It may be a lost cause, but I was holding out hope for a film that was entirely set in a courtroom and concerned the fight against those responsible for the events of the previous movie. Regardless, rescuing dinosaurs from a volcano sounds good enough as well. 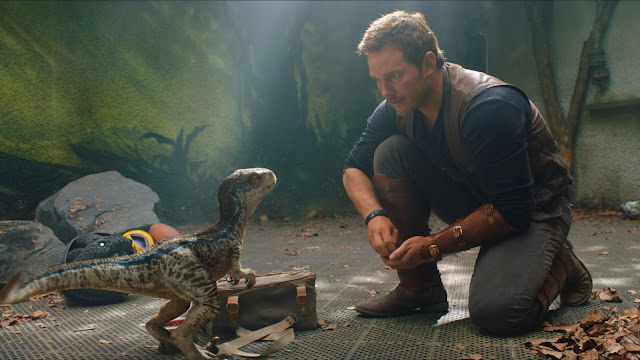 I'm old enough to remember when the general population (critics and audiences together) were pretty satisfied by Jurassic World. I'm kidding, but the mega-blockbuster and fourth entry in the Jurassic Park series came roaring back to life with plenty of dinosaur action, a neat idea about the park actually being open to the public, and enough self-referential ideas in the screenplay to have the film be a comment on its own existence (let alone other films driven by the studio's desires to ramp up what's familiar in old IP to extreme levels). It wasn't perfect, but it was great popcorn entertainment, and it was received pretty well.

It's weird that I have to say all this, but here I am thinking I'm somewhat alone in being excited about another Jurassic World. This time J.A. Bayona (The Orphanage, A Monster Calls) is on board as director, with an assurance that the film will be scarier and tackle some interesting issues, including the treatment of animals. Based on this trailer, there's also going to be a lot of explosions. That's already going to please my lovely girlfriend and I'm inclined to be just as excited. Bringing back Chris Pratt and Bryce Dallas Howard means seeing an established dynamic do what it can once again and the added bonus of Jeff Goldblum's Dr. Ian Malcolm means it certainly won't be without any humor.

The expectations for the spectacle should speak for itself, given how terrific it always is to see a T-Rex roaring at anything. That said, I really hope there's more than just a volcano to get excited about as far as what is new this time around. The time jump of four years suggests as much, but we'll see. In the meantime, it looks like the park is going to be closed for a bit longer than expected.

It’s been four years since theme park and luxury resort Jurassic World was destroyed by dinosaurs out of containment.  Isla Nublar now sits abandoned by humans while the surviving dinosaurs fend for themselves in the jungles.

When the island’s dormant volcano begins roaring to life, Owen (Chris Pratt) and Claire (Bryce Dallas Howard) mount a campaign to rescue the remaining dinosaurs from this extinction-level event.  Owen is driven to find Blue, his lead raptor who’s still missing in the wild, and Claire has grown a respect for these creatures she now makes her mission.  Arriving on the unstable island as lava begins raining down, their expedition uncovers a conspiracy that could return our entire planet to a perilous order not seen since prehistoric times.

With all of the wonder, adventure and thrills synonymous with one of the most popular and successful series in cinema history, this all-new motion-picture event sees the return of favorite characters and dinosaurs—along with new breeds more awe-inspiring and terrifying than ever before.  Welcome to Jurassic World: Fallen Kingdom.

Directed by J.A. Bayona (The Impossible), the epic action-adventure is written by Jurassic World’s director, Trevorrow, and its co-writer, Derek Connolly.  Producers Frank Marshall and Pat Crowley once again partner with Spielberg and Trevorrow in leading the filmmakers for this stunning installment.  Belén Atienza joins the team as a producer. 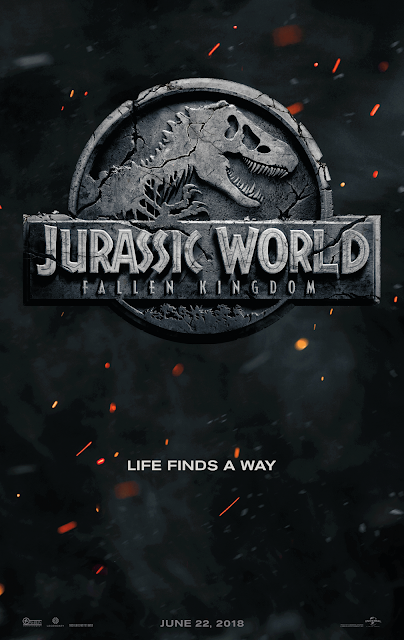 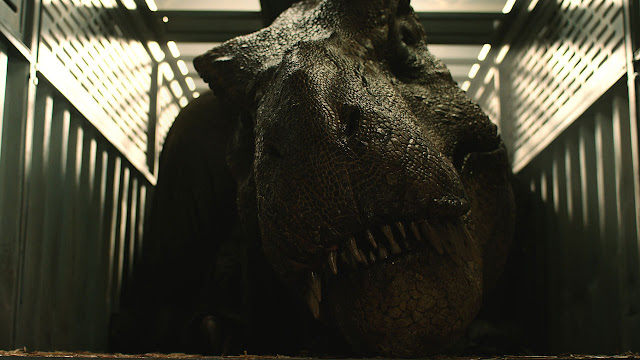 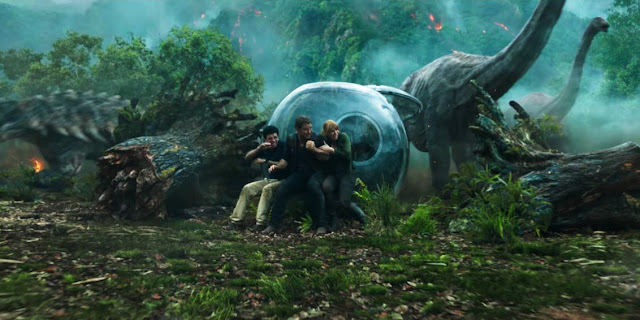