In Need Of A Hit? Top Gun 2 - The Generic Outline 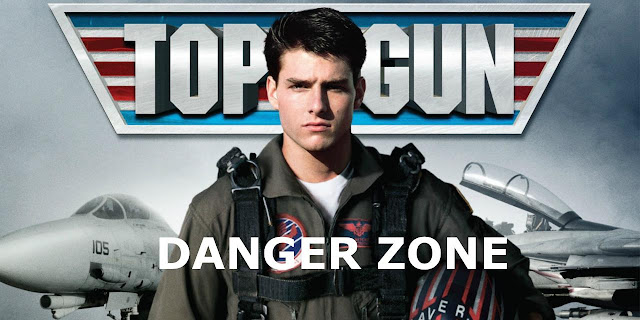 Last week, news of the long-rumored Top Gun sequel was given an actual release date. As of now, Tom Cruise is returning to the screen as Maverick on July 12, 2019. Cruise reteams with Oblivion director Joseph Kosinski for a follow-up to the biggest film of 1986 and, with inflation (and even without), one of the biggest films of Cruise's career. Currently titled Top Gun: Maverick, speculation is now out there concerning what a sequel to Top Gun will actually bring to the table.

Well, that's what I've gone about putting together. Along with some speculation about why this movie is happening, enjoy the sample outline I've put together that brings together many possibly inevitable choices that could be made in making a Top Gun sequel. This isn't a "fan's choice," as I have little fondness for the original film. It's more thought on how a Hollywood studio would go about making this movie.
Top Gun 2
aka - Top Gun: Maverick
or even better - Top Gun: Danger Zone

Starring:
Tom Cruise as Pete “Maverick” Mitchell (A more experience, less over-confident Maverick, grieving the dead wife, looking after newbies)
Sam Claflin as Jim “Rebel” Bradshaw (Goose’s son, skilled, but cocky like Maverick)
Miles Teller as John “Cooler” Kazanski (Iceman’s fittingly cocky and smug son)
Nicholas Hoult as William “Wag” Williams (Friend to “Cooler” and needed another white guy)
Tom Holland as Brian “Birdy” Buchanan (Innocent, friend to “Rebel,” dies at the end of the second act)
Saoirse Ronan as Catherine “Stone” Mitchell (In the film for a franchise play, adding a woman to the cast, and a paycheck to support next indie role – also secretly Maverick’s daughter)
Jason Mitchell as DeMarkus “Atlanta” King (Fun black guy)
With Tom Skerritt as Mike “Viper” Metcalf (Retired, stern, but comforting for Maverick and still has more stories to tell)
With Tim Robbins as Sam “Merlin” Wells (Bring him back for a random scene that reveals a past secret about Maverick)
And Val Kilmer as Tom “Iceman” Kazanski (Still a smug jerk, but good at what he does and now supporting drones)
Special Appearance By:
Kelly McGillis as Charlotte “Charlie” Blackwood (Killed/died off-screen, appears via CG de-aged flashback)
Meg Ryan as Carole Bradshaw (Still the mother of Goose’s son, not encouraging his involvement at Miramar)
and Anthony Edwards as Nick “Goose” Bradshaw (CG de-aged flashback of course)

Plot Synopsis:
Maverick is back, now a Commander and looking to take his new team of aviators to a whole new level of speed, to compete with a drone squadron led by Iceman. The only problem is determining whether or not the team at Miramar can get past their differences. This includes seeing whether the new hotshot “Rebel” and his rival “Cooler” can put aside their differences and apply their need for speed to the skies. 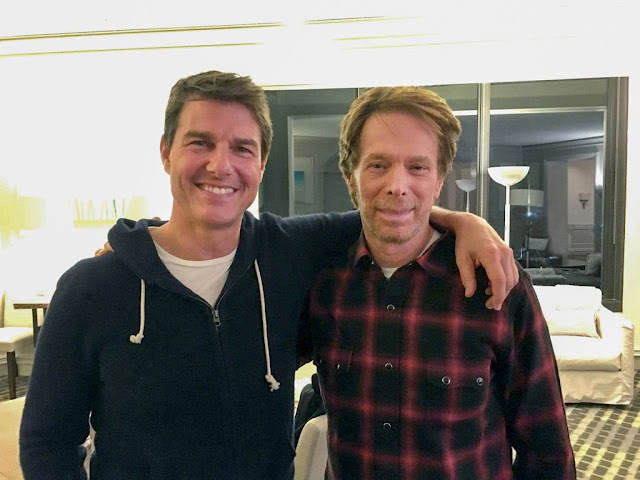 Keep in mind I have no idea what's going on with this project. I'm somewhat surprised this movie is actually happening. At the same time, there some straightforward reasons for why this long-gestating sequel is finally that much closer to filming.

The reason this film is going on is not that complicated. While Cruise and company will talk about how fans have been clamoring for more Top Gun, there's also the need for a hit between those involved. Cruise is coming off The Mummy and Jack Reacher: Never Go Back. Neither film scored big with critics or audiences, and while Edge of Tomorrow was well-regarded, it's another film that wasn't as big a box office hit as it could have been (though the planned sequel to this movie shows the enthusiasm it was met with from audiences who did catch it). With that in mind, having only Mission: Impossible films to go on, Cruise could use a real hit outside that franchise and what better way than to go back to the movie that made him a superstar. Think of the times Will Smith went back to Men In Black, after less than successful films (though he wisely avoided Independence Day: Resurgence).

At the same time, producer Jerry Bruckheimer could also use the hit. While the Pirates movies have not come up short at the box office on an international level, that franchise has clearly faded from where it once was.  Getting into horror territory with Deliver Us From Evil also proved to be less than successful. Going back to the pure action territory that made Bruckheimer Films a brand name in the 80s and 90s is not a bad prospect for a producer who has a megastar and a favorite film to stand by. Whether or not Cruise and Bruckheimer can round up the original cast is what to determine next, but bringing on young talent should be pretty easy.

Lastly, Paramount Studios would not at all mind another Tom Cruise blockbuster, aside from Mission: Impossible. As Forbes' Scott Mendelson can tell you, the studio needs a hit. Having lacked any real domestic and international hits aside from Arrival for over a year (Star Trek Beyond underperformed, Turtles 2 bombed and you have to go back to Daddy's Home in December 2015 to find another real biggie for Paramount), it's time to find success in more than just smaller-scale films like Fences and 10 Cloverfield Lane. With Transformers currently proving that Michael Bay's robot movies can no longer save the day in between Mission: Impossible entries, it's time to get back in the cockpit with Maverick, as far as Paramount is concerned.

So will this work? That's speculation for plenty of others to worry about. Given how little I care about a Top Gun franchise, I can only be optimistic given how much I enjoy Cruise giving 110% to all of his films and the possibility of doing something interesting with this setting in the modern age. Still, my largest concern is just how much of a generic sequel this may end up being. While Cruise has proven to be a phenomenal producer (I have no doubt The Mummy's failure was far from actually being his fault, regardless of damage control rumors going around), is this the kind of movie that can take any real risks?

I'm more or less sure at least some of the things listed in my outline will reflect on what actually comes out of this sequel. With any luck though, Cruise can control this film enough to make a successful landing into theaters, July 2019. If it doesn't work out though, we will be in the danger zone. 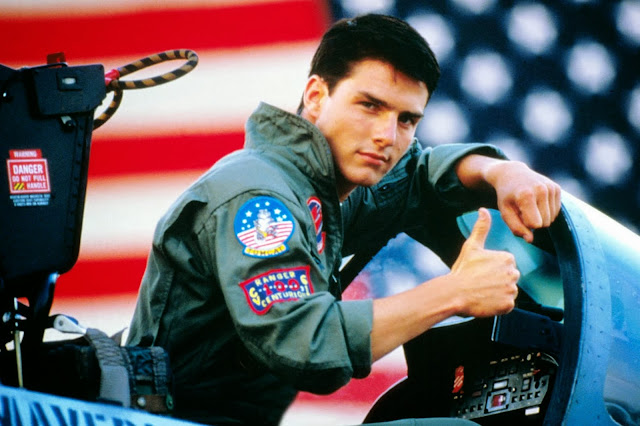