I really enjoy putting my reviews together.  I honestly wish I could delve deeper into certain movies, but alas, I get incredibly busy and can sometimes only deal with movies to a briefer extent than I would prefer.  This is why I write these occasional "Brief Thoughts" posts on movies I have seen, as I want to at least offer some of my own perspective on them.  They may not be as polished, but I can at least get my opinions out there. This "Brief Thoughts" post is a mini-review for the drama based on a true story, Denial.

Especially considering our current times, there is an interesting story to be told about the time American historian Deborah Lipstadt had to go through a legal battle with English Holocaust denier (and anti-Semitic, Hitler historian) David Irving. Sadly, the film Denial only manages to do so much and its success is largely due to the strength of the acting. 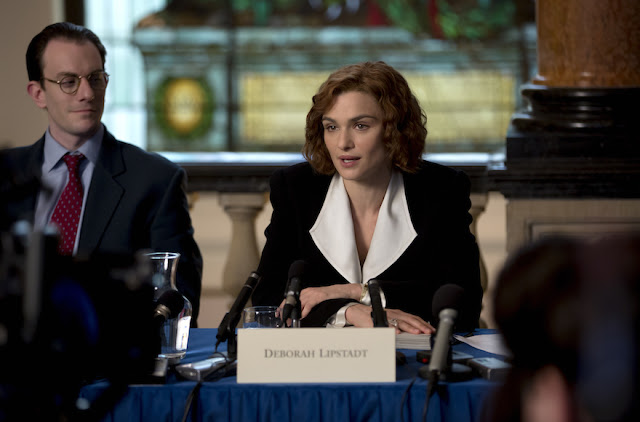 Denial recounts a trial that occurred when Lipstadt (Rachel Weisz) went through the English legal system to battle a libel case put on her by Irvin (Timothy Spall in a performance as rodent-like as his work in the Harry Potter films). Because of the way these sorts of cases work in England, it requires a much greater effort on the part of the accused. Lipstadt, not willing to settle with a man who chooses to believe the Holocaust didn't happen, goes through the process, which is emotional, but will ultimately yield positive results.

That is maybe a spoiler for history to some extent, but that is less important than how this film should be able to go through the details and make it all really compelling. Unfortunately the workmanlike direction of Mick Jackson is a mix over overdone moments and a lack of good handling on scenes that should really either build momentum or strike into the film's core themes. There are points where we should understand how certain characters feel, which do not work for the screen as well as they should. Other moments feel like they are underscored improperly. It all seems somewhat strange, as you have what is needed, yet it doesn't come together in a way anymore significant than in an above average TV movie. 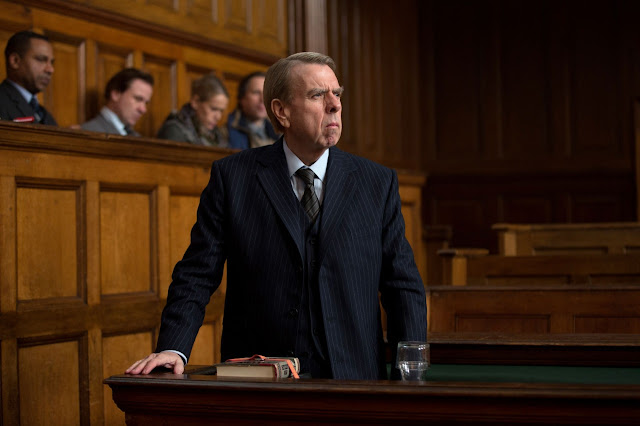 The quality largely stems from what the cast brings. Weisz and Spall are about as great as they can be, as they are wonderful actors. Also impressive is Tom Wilkinson, which should go without saying. Andrew Scott does what he can, but the film's tone never really allows him to be more than just a character saying the right thing when the script calls for it, regardless of how his attitude matches up to what we are being told about him.

There is something to be said about the timing of a film like this, which Denial doesn't have much to say about, beyond the obvious. Here's a film about a despicable person making up points that alter a perception of what the facts are, going after a Jewish women in the process. The Irving character is calculating in both deception and his horrible nature, as well as strangely charismatic.

That plays well for the big courtroom scenes, but I wish the film did better to explore the lives of these characters outside this lengthy trial, let alone do a better job with exploring the timeline of this film, which covers about 6 years. I mean, this film doesn't even have the requisite notes before the credits that details what happened next to everyone.

Denial has enough to make it worthy of a recommendation, but it does feel like a missed opportunity to do more. The performances are strong though and it is fine to see a film that allows a group of educated people making smart moves to counter hatred and succeeding. 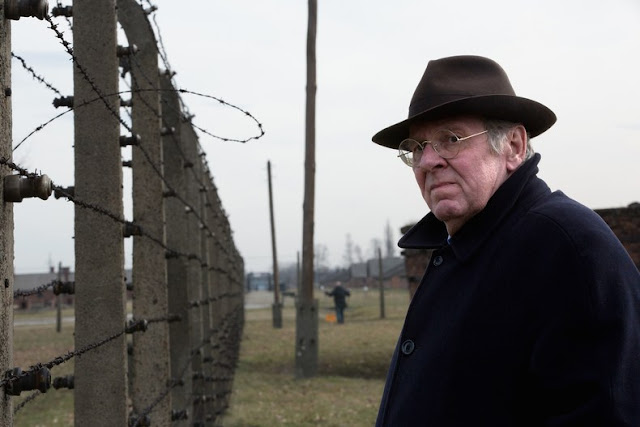