How About That Trailer? - The Lego Batman Movie

Riding in on a wave of negative reviews leading up to the release of Batman v Superman: Dawn of Justice, Batman looks to be in need of some better news. Fortunately, Warner Brothers have deemed this the time to release the trailer for his next standalone theatrical film. It also happens to be an animated comedy based on the version that made for one of the best parts of The Lego Movie. The Lego Batman Movie is coming in 2017 and it looks to be a delightful spin-off of continued darkness.


As The Lego Movie was one of my favorites of that year, I can only hope this concept manages to have the same sort of inspired cleverness and irreverence that made The Lego Movie far more than just a bunch of toy blocks coming together to make kids smile. Fortunately it has all that it needs to be worthwhile, starting with Batman himself, Will Arnett.

Arnett's take on the character was hilarious in the way he actually made the character every bit as dark as what Zack Snyder and Warner Brothers seem to believe the fans want more of in their live-action films. Nevermind how clear of a Frank Miller parody (which is already something of a spoof) this portrayal is, WB seems to want to involve the Bat in everything and generally of the same flavor. How fortunate that it is for this to apply to both live-action and animated features.

And that's not all! The film also stars Rosario Dawson (Batgirl), Ralph Fiennes (Alfred), Michael Cera (Robin), Mariah Carey (the Mayor), and Zach Galifianakis (the Joker). It is directed by Chris McKay (Robot Chicken) and written by Seth Grahame-Smith (Abraham Lincoln: Vampire Hunter), who is incidentally writing and directing the live-action Flash. We can only guess what will be going on in the film, as this teaser merely offers us a setup of the character we remember and a handful of jokes, but there is plenty of talent that have come on board.

The Lego Batman Movie arrives on February 10, 2017. Until that time: 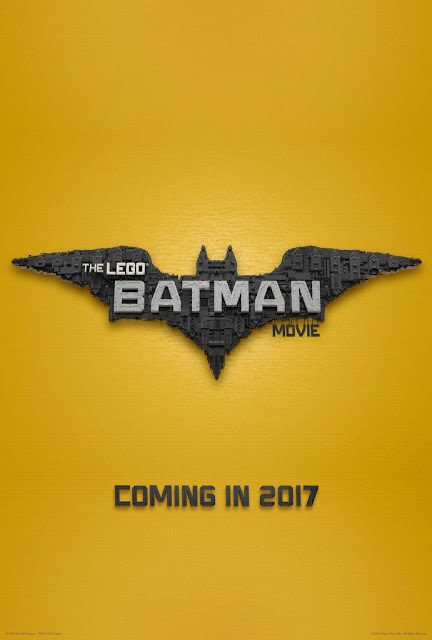