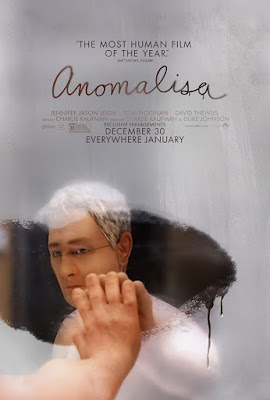 Leave it to the unique mind of Charlie Kaufman to show how any film style can be used to tell a story. While Pixar may have done a wonderful job bridging the gap between colorfully animated entertainment and thematically deep stories for all ages, Kaufman has scripted and co-directed a stop-motion animated film with real emotional depth and it almost completely takes place in a hotel. This doesn’t make one approach better than the other, but it is great to see this format being pushed to its limits by way of a human drama, rather than something fantastical for a change.

Anomalisa features David Thewlis as the voice of Michael Stone, Jennifer Jason Leigh as Lisa and Tom Noonan as everyone else. It is a bit jarring at first to hear the familiar voice of Noonan so frequently, but you eventually realize what is going on and the film makes a good argument as to why this approach is important, let alone how the stop-motion format is one of the only ways to best utilize that concept. This is a film about a man struggling to connect to people, until he meets a stranger that alters his thoughts on the world.

Of course, nothing is that simple. This is not a story of a man who is forcibly placed in a certain position in life, only to find a true love that helps whisk him away to a happy ending. No, Anomalisa presents Michael as a very flawed individual. He has just flown into the city for a business trip, where he is supposed to give a speech about customer service. Michael has no real desire to be all that chatty until he decides to call an ex-girlfriend and later finds his way into a new situation. Through all this we learn who Michael is and why we should care about this middle-aged man’s crisis.

It really does boil down to us watching a story about a man’s mid-life crisis, but there is a level of beauty to be found in the construction of a film like this. There is the obvious oddity of seeing such human behavior be exhibited through 3D-printed puppets, along with the nature of the casting. One can also observe how precise Anomalisa is in the way it presents these characters. Not only do you get the requisite attention to detail in terms of basic movements, but you can even observe all of these characters breathing. It may seem like a little thing, but it’s one of a plethora of subtle motions and activities given great care to make this film feel like something unique, yet human. 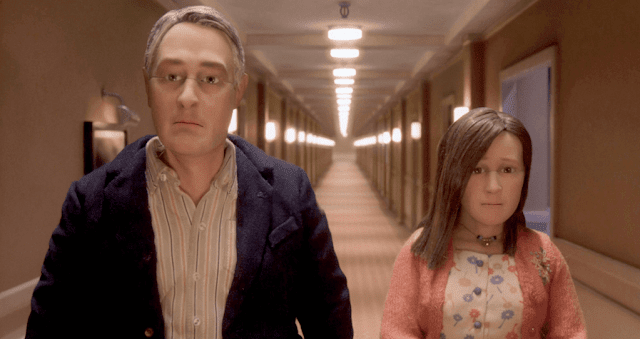 How successful a film like this is largely comes down to what one gets out of it. Were it filmed in live-action, there would be more to be desired. Even in its original play form (scripted by Kaufman under the name Francis Fregoli), Anomalisa was a ‘sound play’ that still had an alternative way of how to present this story. With the stop-animation approach, there is something off-putting to be found, but interesting to find yourself invested in.

The film essentially functions as a depiction of basic life, but it actually comes to life thanks to this gimmicky approach. Add to that the idea that regular life is only seen so often on film and you have a filmmaking experiment that feels utterly appropriate for an artist like Kaufman. It is a distinct treat that revels in being both funny and sad, as we follow the adventures of a man in a hotel, which would likely be boring, were it presented in more conventional ways.

It is also a testament to what good filmmaking is that you can appreciate all the work done by cinematographer Joe Passarelli, who frames this film so carefully, just as he would a live-action feature. The nice work by composer Carter Burwell also helps maintain the tone this little movie works so hard to keep together. It should be of little surprise that the intent was to stop the viewer from thinking about the animation and just focusing on the characters. Whether that does or does not happen, it is at least a trip to feel so invested in such a peculiar film.

The only remaining question is whether the journey feels satisfying. Kaufman has often worked on screenplays that lead the viewer down a certain path, but do not lead to ultimate satisfaction for their protagonists. It is not important for me to say what comes of Michael by the end of this film, as you just need to discover that for yourself, but I did find myself wondering what I could have gotten from this film were it a few minutes longer. Perhaps that is truly the mark of a great story. I felt so invested that I want more of it. Everyone involved certainly did great work, which especially extends to the vocal performances by Thewlis and Leigh, who imbue their characters with the perfect amount of pathos.

Kaufman films in general find ways of confounding me, only to have me think about them long after and coming back with even greater thoughts of them than before (see: Synecdoche, New York). Whether or not Anomalisa will have that same sort of staying power, it is a film that builds a strange and emotional world that is unlike anything else. That is good enough for at least one trip. 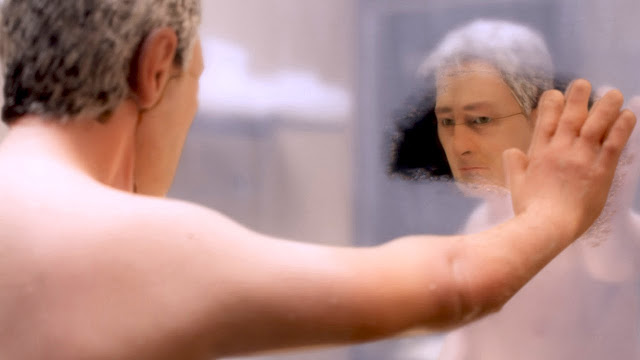 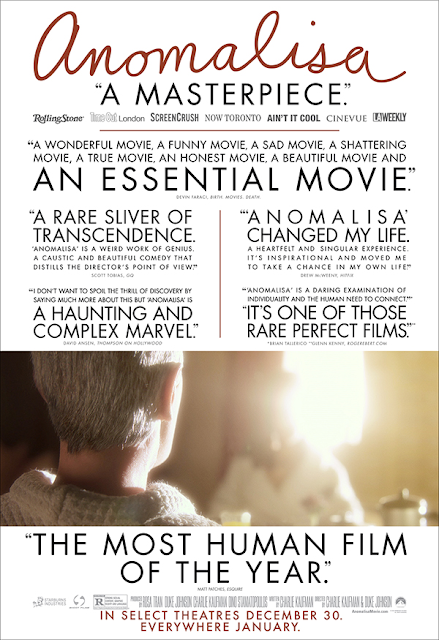