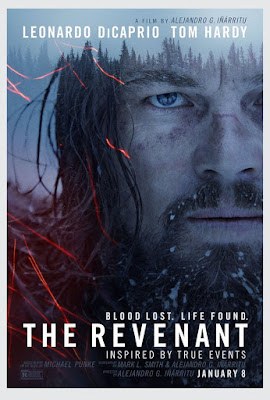 A great frontier story means delivering on the thrill of exploring uncharted lands and dealing with all that comes with it. Alejandro G. Inarritu has approached this idea, but with an intense eye that makes Jerimiah Johnson look like a walk in the park for Robert Redford. There are a great number of to behold in The Revenant, but if you have come for a deep story, this film comes up lacking. This does not stop us from seeing a painfully extreme performance from star Leonardo DiCaprio, but it was a bit of a surprise to see a lengthy film predicated on such a standard western tale of revenge. 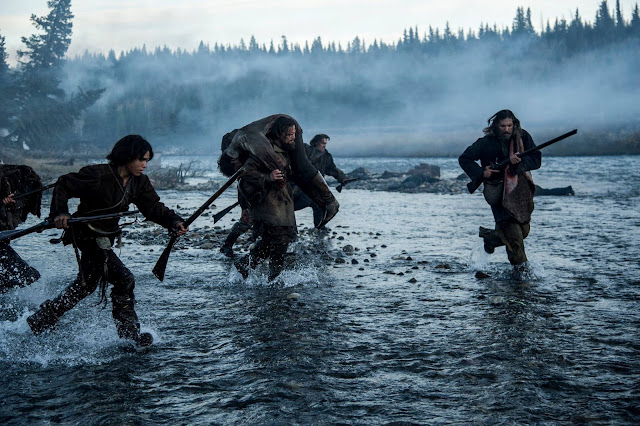 Based on true events, this story is set in the uncharted portions of the American wilderness of 1823. DiCaprio is Hugh Glass a frontiersman and the kind of skilled white man who is better than all the natives he lived among. He is a part of a hunting team who has been attacked by the natives, forcing Glass and the gang to head back to their fortified settlement.

Much like Birdman, Inarritu has brought on cinematographer Emmanuel Lubezki to film his latest opus and to utilize many skilled, long takes. The attack that opens this film is about as impressive as anything Inarritu has ever done in terms of the beauty, complexity and visceral nature of the scene. The tension continues to fluctuate between suspense and giant craziness, as this is not a film set to make things easy for the characters.

The major aspect that sets this story up is a bear attack. Glass is severely mauled by a bear, which makes the others question how to handle him. Chief among those who want to leave Glass behind is John Fitzgerald (Tom Hardy), a man only looking out for himself and the money he believes he is owed. The group’s leader, Andrew Henry (Domhnall Gleeson), admires Glass, but also has hesitation over what to do. It should be noted that Glass also has a son and Will Poulter is around as the mountain man Jim Bridger. 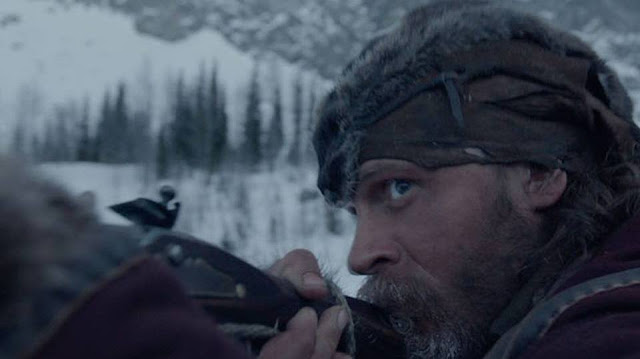 Actions take place that turn The Revenant into a revenge story and that is basically all the thematic depth we are left with, as we watch Glass go through hell to come after Fitzgerald. At two and a half hours, The Revenant is not a film that wastes time, but it does want viewers to sit in anguish as they watch the trials Glass, among others, is forced to go through. The amount of punishment this man takes would almost make this movie a dark comedy, were things not so sternly serious throughout.

After filming for nearly a year and reports of the level of commitment DiCaprio had for the role, there is a bit of thought that the film functions as a performance piece representing what DiCaprio has gone through throughout his career to prove his standing. Not that he needs to (we are well aware of how good an actor he can be, Oscar-winner or not), but he puts his all in a performance that does not even allow him to speak very much.

So does this make a great film? Well the movie is certainly absorbing and uncompromising in its portrayal of the harsh environment. The performances from everyone are quite strong. And then you have the look of this movie, which is so obviously impeccable. It just becomes a shame that there is really little to look back on when it comes to examining what it all meant. It is a bit of a double-standard in some ways for me, given how I generally praise similar films that have shockingly simple stories. However, films of this ilk that I appreciate more generally have something going on that attracts me to the results in a more substantial way. 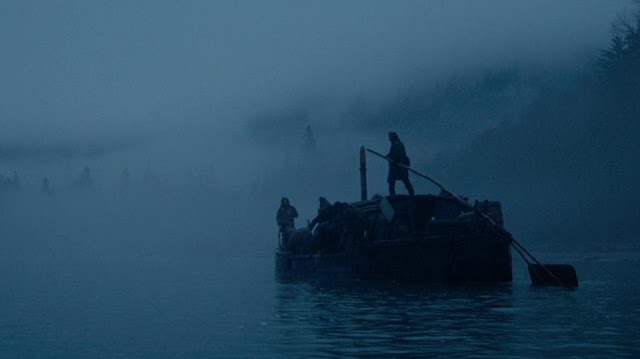 The Revenant is honestly not a film I think I would want to revisit often, despite how incredibly it is from a filmmaking perspective. It is engaging in the moment, but it is not very fun to watch. One can hope that makes sense, because even some of the very engaging dramas that have arrived this year left an impression that suggests I could enjoy returning to those worlds more.

Regardless, this is a strong film for the reasons I have explained and as far as showing me some things I have not seen before.  It is a bit of a surprise that this film was not deeper, but the structure really does not allow for much other thought, no matter how many introspective moments we have of Glass reflecting on his relationship with the natives and the environment.

If you are seeking out a feel-good movie this winter, The Revenant is not the answer. However, if you want a movie that can get your pulse pounding and allow you to gaze at the beauty of the American frontier, while watching one man slowly go after justice, this is a film to seek out.  The struggle of Glass can be hard to watch, but it is a beauty to behold and a testament to Inarritu as a filmmaker, who has not chosen to make things easy for himself or others involved. And please Leo, take a warm vacation. 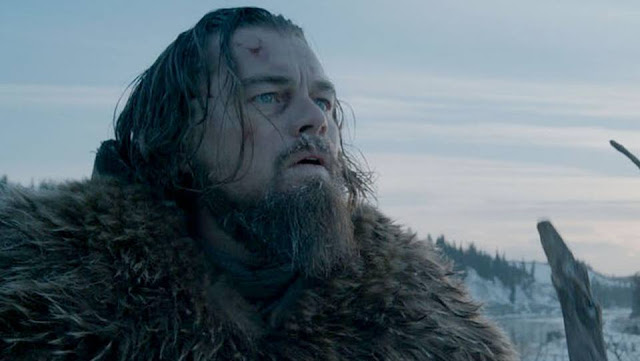 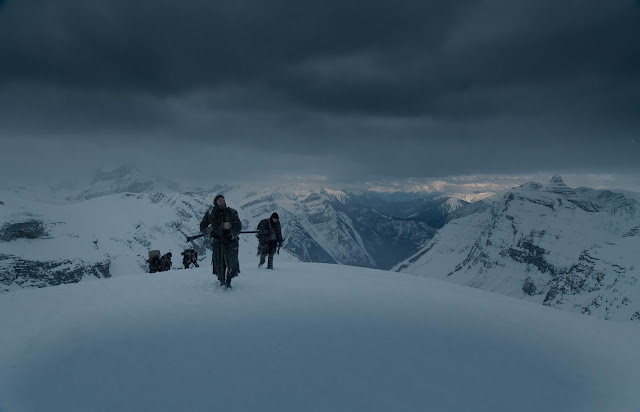 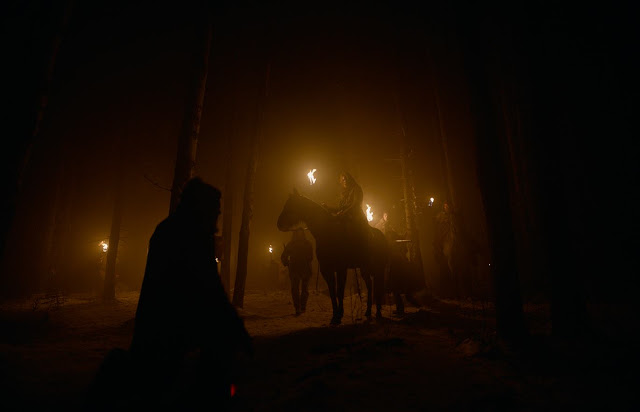 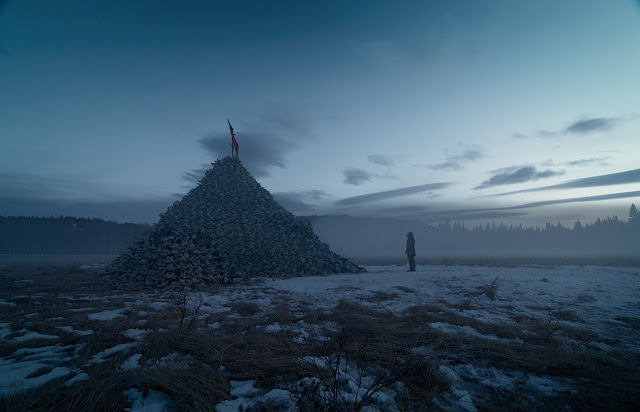