‘The Night Before’ Is A Wacky, Dirty Holiday Film (Movie Review) 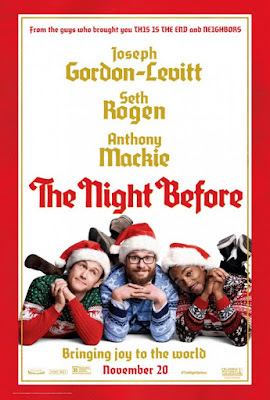 In the midst of the dramas, blockbusters and family-friendly comedies, it is nice to get a film geared towards the holidays and is made for an adult audience. The Night Before tries really hard to be something fun and different, yet fit for the crowd that loved This Is The End and Neighbors. To its credit, there are some good laughs to be had, but it feels like there is a much better drama lurking under the surface. The exaggerated comedy moments and wild shenanigans can be fun, but I feel like it would have been nice to see more of the flipped side of things. 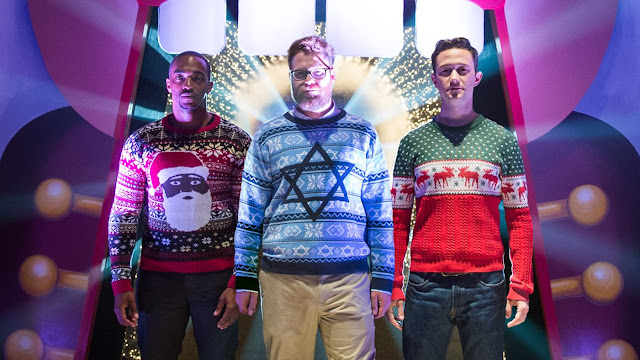 The film revolves around three friends, Ethan (Joseph Gordon-Levitt), Isaac (Seth Rogen) and Chris (Anthony Mackie), spending a night together on Christmas Eve. This is a tradition the trio have held onto since Ethan’s parents passed away 14 years earlier. As the guys have grown up, they decided this will be the last time they have a wild Christmas Eve together. Fortunately, Ethan has finally secured tickets to the biggest party in New York City. The only problem is the journey to get there and how to properly take on the night.

Jonathan Levine takes on directing duties for this film and he’s also responsible for the original story. Given his work on the terrific 50/50, it was exciting to see him teaming Rogen and Gordon-Levitt back up and throwing in Mackie for good measure. That said, with Evan Goldberg, Kyle Hunter and Ariel Shaffir all being involved with the screenplay, I wonder how much was added to make this story so much raunchier than a basic description would suggest.

It is not that the R-rated humor hurts this film. Hearing F-bombs flying, while Rogen trips out on mushrooms and Gordon-Levitt takes on some bad Santas is not at all a hindrance on the enjoyment factor, but it does feel like there was more potential here. I have been admiring what Goldberg and Rogen have come up with on their own, as they‘ve branched out into directing. For all the coarse humor they load into their films, they also feature plenty of heart. ‘The Night Before’ has heart as well, but the arc of all three characters feels hampered by being so crowded with ideas. 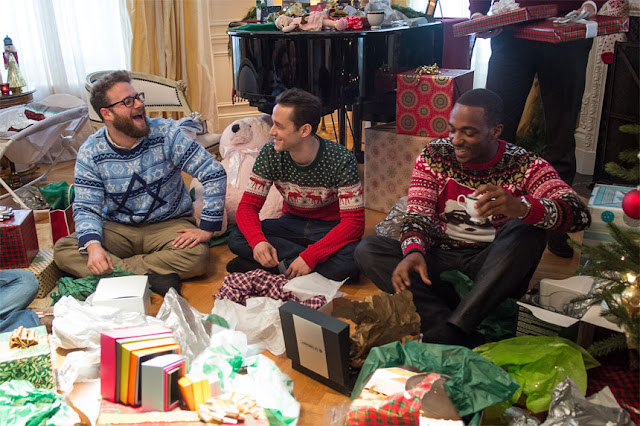 In an alternate universe, there is a well-intentioned dark character comedy here, which provides ample time to dig into why each of these characters need to grow up and how they successfully do so. As it stands, this film takes a few too many shortcuts when it comes to delivering on its dramatic heft. That said, this film also features Michael Shannon as the pot-dealing ghost of Christmas past, present and future.

Yes, I guess it does make sense to note the comedy does combine a mix of humorous comradery between the cast members who get along so well (Jillian Bell has become a secret weapon of comedy in these bro-centric features) with some absurdist beats that balance the line between silly and witty. Few films could pull off ‘Die Hard’ and ‘Home Alone’ references during a foot-chase involving stolen drugs, but this is the movie that goes for it.

The Night Before is also fairly low-key in its presentation, despite delivering some inspired lunacy. Perhaps that is for the better, as this film works best when it is just the cast in hang out/exasperated conversation mode. That said, Rogen does some of his best comedic work here. His character’s wife has given him a bevy of drugs for just this night, which leads to a wild series of events that allow for some raw comedic energy that intensifies what Rogen is capable of. Given my (and some others’) thoughts on how Rogen may sneakily be the best of the actors that have come out of the Judd Apatow stable (save for maybe James Franco), it is still fun to see him sink into the silliness so effectively. 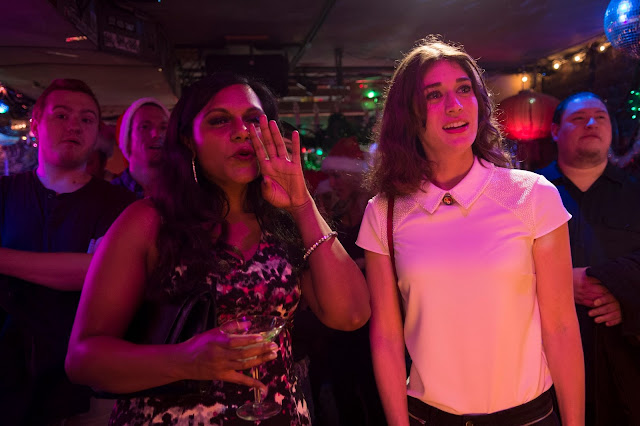 Credit also needs to go to some of the other performers mentioned. Shannon is a terrific addition that truly proves this man is capable of just about anything (clearly Michael Fassbender needs to take on more comedies, so I can be at peace with this). Bell is just one of the many funny females present here, as Mindy Kaling, Lizzy Caplan, Broad City’s Ilana Glazer and even Miley Cyrus make good use of their time. There are even some other fun surprises for those looking for them.

A great thing about ‘The Night Before’ is how those enjoying these performers don’t have to worry about waiting for a sequel. It’s another entry in the comedy field that proves you can just put the same funny people together without having to turn everything into a franchise. This film may not be a laugh-a-minute sleigh ride in the same way the other Rogen/Goldberg-produced comedies may have been in the past, but it has its fair share of laughs and enough warmth to bring on some fine R-rated holiday cheer. Maybe next time around Levine, Rogen and Gordon-Levitt can hit the drama harder, but for what this is, The Night Before has some good yuletide fun. 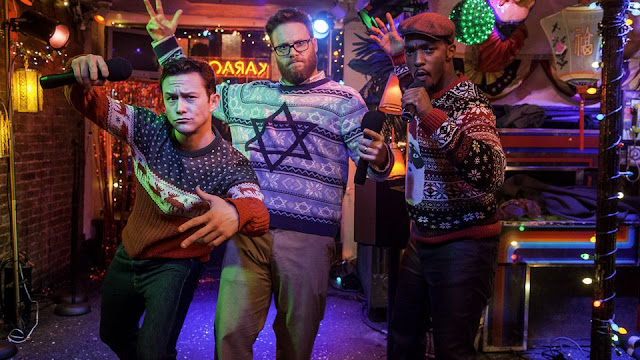 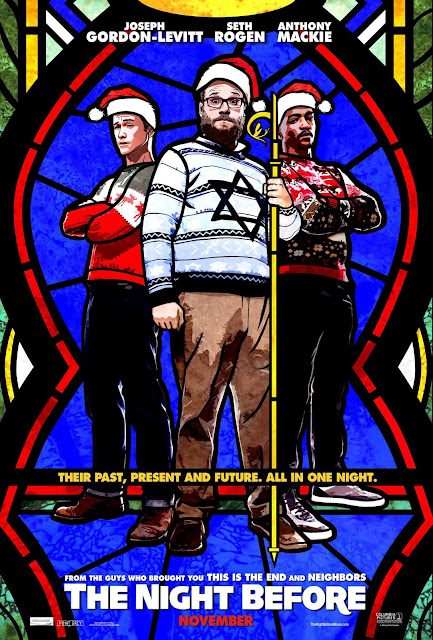