‘The Good Dinosaur’ And The Slight Pixar Film (Movie Review) 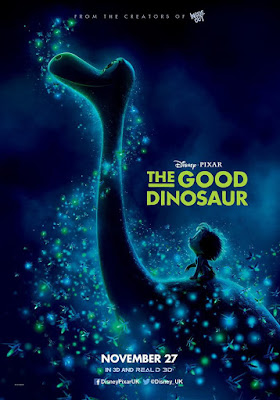 It looks like I’m going to have to start this Good Dinosaur review off by mentioning Cars 2. Cars 2 is not a great film and many view it as the very worst Pixar has had to offer. I can see why (although I like it more than you), but it extends to a seeming lack of heart from everyone involved, except Cars super-fan John Lasseter. I have no idea what led up to the making of The Good Dinosaur, but even with the much talked about production issues to make a better film, this still feels like a fairly slight effort from Pixar. There is a fascinating concept and some terrific visuals, but it is one of the few times in a Pixar film where I really didn’t care about what would happen. 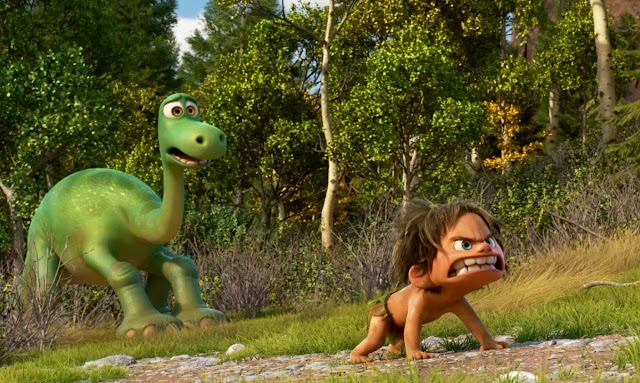 The film proposes the ultimate ‘what if’ question of what would have happened if the asteroid missed earth and dinosaurs never went extinct. Given the very minimum of what we see in this dinosaur society that exists millions of years after their actual expiration date, I was immediately as intrigued as I was with what I can assume was a post-apocalyptic world where cars took over and evolved the way they did. This film presents dinosaurs that farm and herd buffalo as a means for survival and as a profession and that’s just in the countryside. Are there urban areas with dinosaurs going to work, carrying a suitcase with their tails?

We are not given those answers, but we are presented with Pixar’s take on The Land Before Time, mixed with elements of Ice Age and Finding Nemo for good measure. Director Peter Sohn and writer Meg LeFauve are credited for assembling this final product and the results are a very simple story that does not feel all that inspired. That said, the characters are endearing in the way Pixar knows how to accomplish. We follow Arlo (voiced by Raymond Ochoa), the youngest of an Apatosaurus family and the one that has found himself lost in the wilderness. The classic Pixar elements setup this film, including a death in the family, but we mainly watch Arlo try to get back home with the help of an unlikely ally.

This ally is Spot, a human caveboy, who is partly responsible for Arlo’s situation. What ensues is a ‘boy and his dog’ story, as the two bond and work together, with various obstacles getting in their way every so often. Fortunately, we do get some fun supporting characters, including Sam Elliot as a cowboy-like Tyrannosaurus. The true highlights, however, are the visuals.

Aside from whatever was going on from a story standpoint, the work done to bring this world to life is pretty spectacular. The scenery has been purposely made to look photorealistic. The environments are stunning to observe and while that is not a new achievement, the choice to use it for this film is a good one. Admittedly the dinosaur character models are cartoony, but they play much better in the context of the film. Seeing little Arlo take various amounts of damage is saddening, as the film does almost too fine a job of letting us see what it is to sustain so much injury. 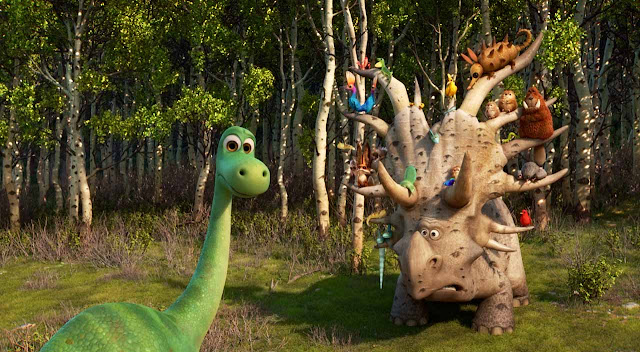 I just wish this film had more going for it. The jokes are easy enough and the story provides some standard coming-of-age lessons, but I kinda expect more from Pixar. As a completely original story, with a premise that could open up to an assortment of wild and incredible stories, we instead get a fairly bland retread of The Incredible Journey. I am not in the habit of saying what a studio should have done, but it does seem like a lot more could have been done. It is sad to have to knock a film so much for being merely competently done, but it would have been great to get a film I was completely engaged by and compelled to want to stick with each new character.

Strong visuals and a fascinating setup aside, The Good Dinosaur is sadly just a decent effort from Pixar. It is entertaining for kids without going too heavy in the way the studio has effectively done in the past. The ideas and characters are shaded well enough for the adults to be mildly amused, but not as thoroughly transfixed as other ‘all-ages’ efforts have done previously. This is the kinda film that just exists and has little to really say. I may champion more original stories over sequels, when it comes to Pixar, but after The Good Dinosaur, I am happy to welcome Finding Dory with open fins. 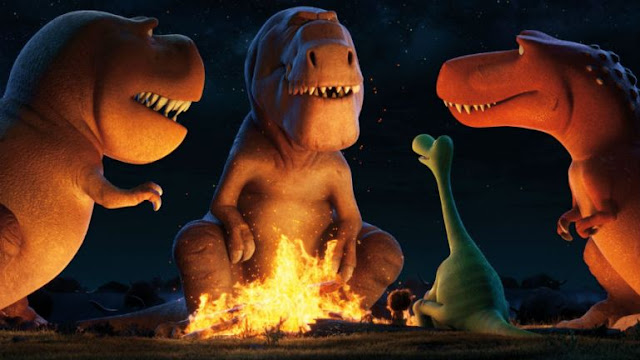 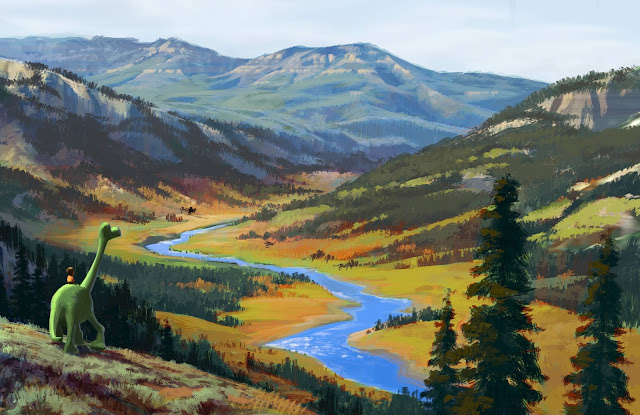