‘Spectre’ Doesn’t Shake Up The Franchise, But It Does Stir Familiar Elements Together 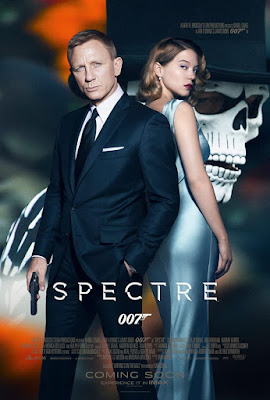 Mr. White: You are a kite dancing in a hurricane, Mr. Bond.

Ask and you shall receive. After three films in the Daniel Craig era of James Bond that each ended with us believing the character had become the Bond of legend, ‘Spectre’ decides to put its foot down and throw us into a classic adventure with 007. Sure, the film is still playing with a somewhat grounded sense of reality that comes with the territory of modern action filmmaking, but this globe-trotting adventure is full of all the explosive action that is bound to come with a $250+ million price tag. The only question is whether or not its hefty cost and extended run time were worth it. 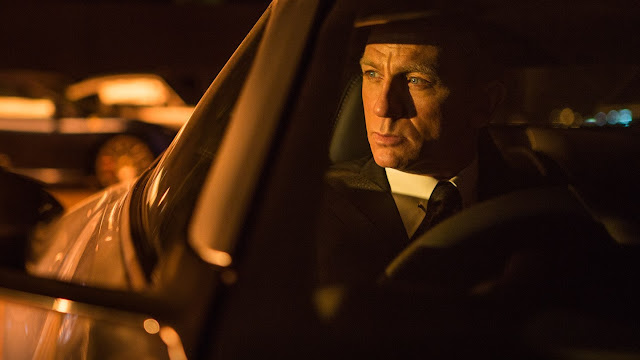 I’ve been happy to see this franchise mix things up in the recent films, even if ‘Quantum of Solace’ wasn’t really my thing. While that film did its best to throw all the ingredients of a standard Bond movie away, ‘Spectre’ has come along to push us back into familiar territory. With that in mind, I can say it is nice to be back. There is an old fashioned quality to this film and while its greatest sin may be paying tribute in a manner that eventually feels superfluous, there’s a lot to admire in the film’s excesses as well.

Our spectacular opening sequence finds Bond in Mexico City to take down a criminal. It goes well enough, if you think destroying a few buildings and spinning around in a helicopter is standard 00 business. Regardless, Bond’s reasoning for this mission and its results lead him to tracking down the leader of a mysterious and very evil organization known as Spectre. It is being led by Christoph Waltz in full-on villain mode and his bones are connected to a few of the skeletons in Bond’s closet.

As far as the way this plot unfolds, it’s business as usual. Bond travels to various exotic locations. He seduces one beautiful woman (Monica Bellucci) and is later paired with another (Lea Seydoux), who will eventually succumb to his charms. In the meantime, Bond will get into car chases and fisticuffs with a large henchman (Dave Bautista) and playfully deal with his co-workers and superiors (Ralph Fiennes, Ben Whishaw and Naomie Harris return as M, Q and Moneypenny respectively) in an effort to stop some nefarious plot. 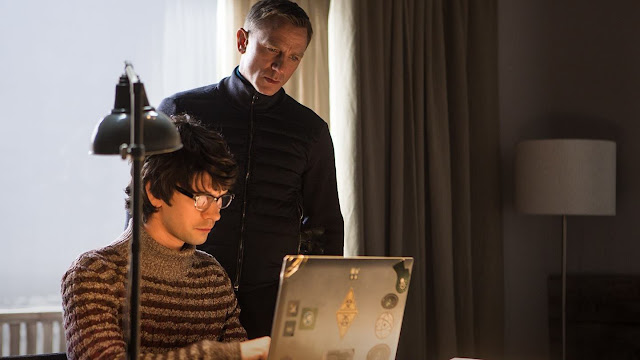 That wicked plot is fittingly tied to what we see Bond movies normally do, tie themselves to what other popular movies make work. The series started by aping Hitchcock thrillers in the 60s, dabbled in Blaxploitation and Hong Kong kung fu in the 70s and went action heavy in the Reagan 80s among other influences over the years. If you’ve paid attention to the action/sci-fi films of late, of course you could figure ‘Spectre’ would factor in drones and surveillance as a main focus in its narrative.

Thankfully, Bond is never fighting off hordes of faceless robots. Instead, we are treated to a storyline that is incredibly simple, even by Bond standards and are allowed to sit back and ideally go along with the ride. This is where you have to hopefully be won over by the charm of the filmmakers and actors involved.

With Craig acting all cranky in the press, it is a bit saddening to say he doesn’t quite seem as invested this time around. The previous films very much wanted to present Bond as a complex and emotional human being, dealing with the weight of having a license to kill. With this film placing the series back in its standard mold, it makes a level of sense that Bond is not as emotionally attached to what is going on around him, but Craig’s work as sly, dickish Bond seems to have faded a bit as well. Fortunately a lot is happening around him. 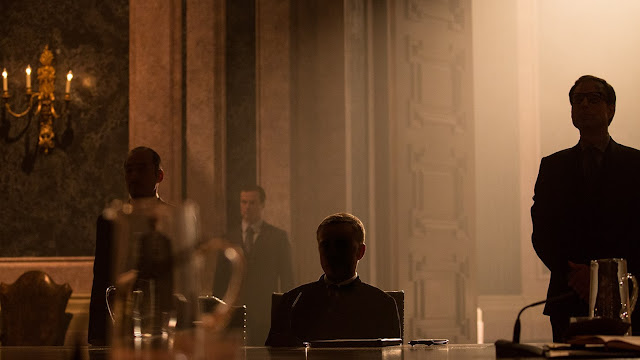 Sam Mendes has returned and while he seems to be ill-equipped to top what he accomplished in ‘Skyfall’, he does continue to find ways to direct the hell out of scenes that range from elaborate set reveals to characters walking up a flight of stairs. Joined this time by cinematographer Hoyte van Hoytema (‘Interstellar’, ‘Her’), ‘Spectre’ is another beautiful Bond film and the engaging score by Thomas Newman does plenty to make you overlook Sam Smith’s forgettable power ballad that accompanies the opening credits.

It is a shame that screenwriters John Logan, Jez Butterworth and Bond mainstays Neal Purvis and Robert Wade were not up to the task of making a story more compelling than normal. Sure, they open up the film to make plenty of references to the past and allow for playful moments here and there (with a 2 and a half hour runtime, this film is sorely lacking in more playful banter), but the twists and turns are as old as Roger Moore in ‘A View To A Kill’ (yes, these twists and turns are 57 years old).

Back to the fun stuff though, this is a James Bond adventure that allows for some fun action scenes with lots of scale (planes, trains and automobiles are utilized sufficiently), along with the big budget theatrics of a series with 50+ years behind it. Waltz gets to have plenty of fun and not just because he uses an overly-elaborate torture device. I was a fan of seeing the MI6 team involved in the action a bit more. The Bond girls don’t add too much beyond the fact that they are played by good actresses, which has been the case in recent years, but still not the most consistent element, so minor kudos there I guess. 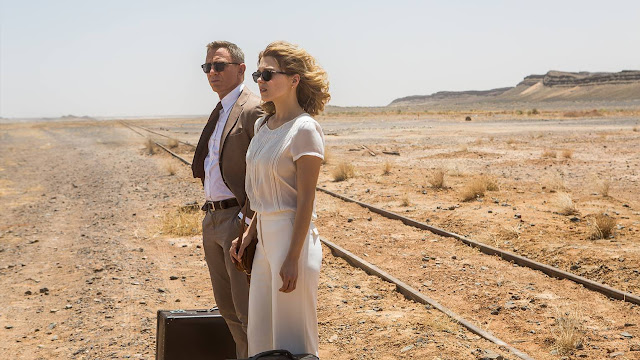 The only other thing is where I risk going too far in giving away major plot details, but ‘Spectre’ does try its hand at going all in with the continuity. Unfortunately, I can’t say there was much to invest in, beyond being reminded of things that were great in those other movies (Judi Dench is missed). This film acts as if a puppet master was behind everything Craig’s Bond has gone through, which is a novel idea, but one that serves little purpose. It would be easier to take if we hadn’t seen so many of the ideas in this Bond film before, but then again, that could be what separates this film between those happy to spend time in a familiar world and those continuing to hope the franchise goes into crazy new territory.


As it stands ‘Spectre’ is not the best Spy film of 2015 (possible real life Bond villain Tom Cruise has taken that crown), but it is a fine adventure that comfortably places us back in the shoes of 007 for the most part. Ideally Daniel Craig comes back for one more go around with a bit more energy to do what he needs to do to finish things off right, but at least ‘Spectre’ is big blockbuster fun and not just for fans eyes only. 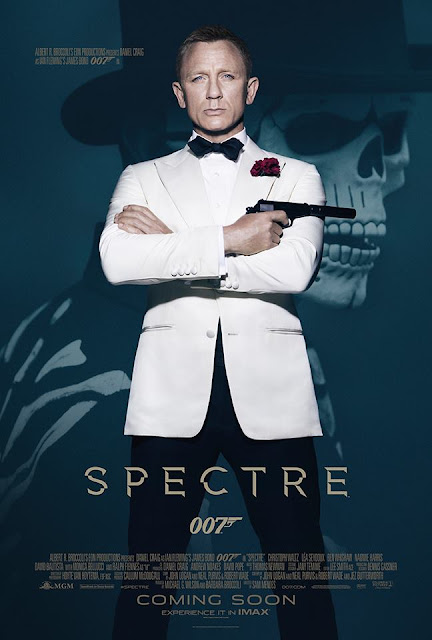 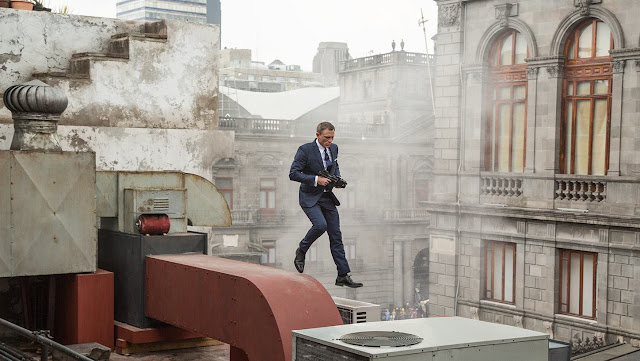 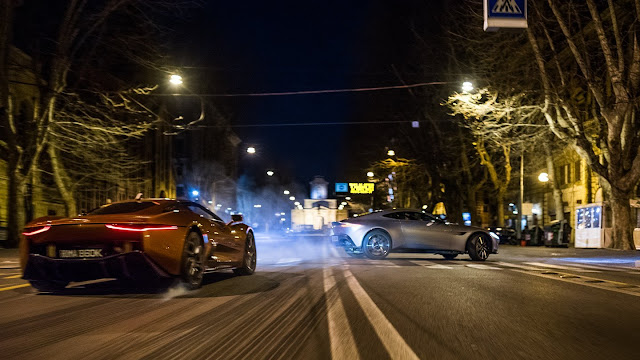 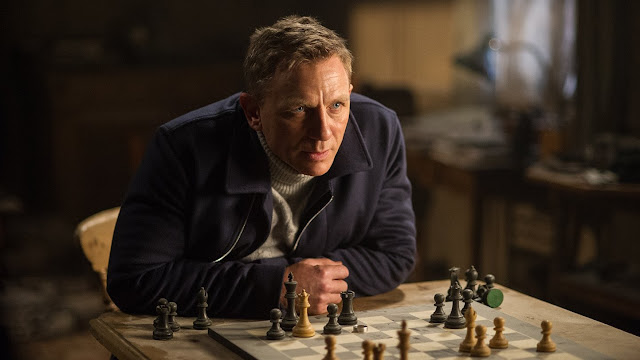