‘Creed’ Is No Bum (Movie Review) 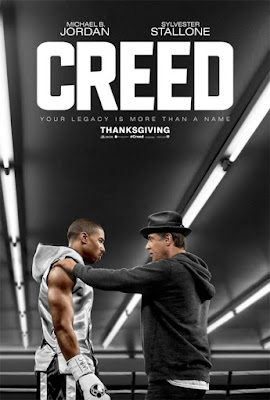 Putting all your eggs in one basket can be a difficult proposition when it comes to overhyping a film in your mind, but isn’t going the distance the spirit of the Rocky films? As the spinoff entry of a six film series about one legendary (fictional) boxer from Philadelphia, Creed could have been a mess. What didn’t sway me was the presence of writer/director Ryan Coogler and star Michael B. Jordan, who had previously worked together on the brilliant Fruitvale Station. The resulting film is one that handles everything by the books, but emerges as thoughtful, skillfully done, and wonderfully entertaining. 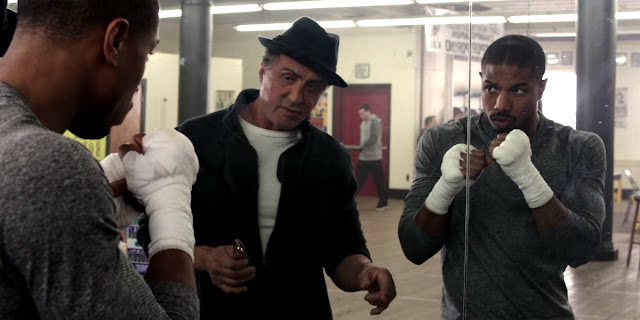 Jordan stars as Adonis “Donny” Johnson Creed. He is the biological son of Apollo Creed, the former heavyweight champion who was (spoilers) killed in the ring, during an exhibition match between him and Ivan Drago in Rocky IV. Of course, for Adonis, the world was not all 80s synthesizers and robots. His reality means growing up having never knowing his father, yet letting his old man’s legacy go to his head.

Both angry and confused about what his life’s purpose is, Adonis has trained himself to be a boxer, but decides to get help if he really wants to prove something. Enter Rocky Balboa, played by Sylvester Stallone, who continues to respectfully embody his most beloved character. Adonis has moved to Philadelphia and surprises the Italian Stallion with the news of who he is. Eventually Rocky decides to help train the boy to become the fighter his father was and more. 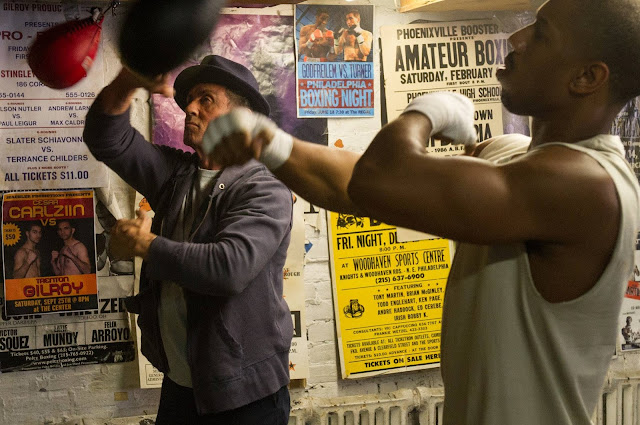 It is impressive how willingly this film navigates a story structure that is so familiar to most underdog stories, especially as it is in the universe of what is maybe the ultimate example. Of course, this could have been any story about a boxer, but setting it in the Rocky universe certainly adds an extra punch. There is also something to be said for existing as a grounded sequel to the film in which Rocky ended the Cold War.

Having Coogler and co-writer Aaron Covington essentially take over the Rocky franchise is a huge step for Stallone. The man made a Best Picture winner and stuck around to star, write and direct most of its sequels. With the exception of Rocky Balboa, the Rocky sequels really are made for enjoyment more than anything (some are clearly better than others), yet they (almost) all have Stallone’s heart in them. What makes Creed work and what must have clearly been a good sign for Stallone is how Coogler does so much to honor the series, while making a new film on his own terms.

You can’t make a film like Creed without acknowledging the other films in the franchise, but it does not really matter or give the impression of a film that winks at you. This film ties itself into the Rocky series, but not before giving us plenty of what it is to be Adonis Creed. With that, Jordan does excellent work in setting up this character, showing why he is troubled and allowing us to watch him be vulnerable, before making strides to move forward. Jordan has already proved his talents in the past, but this is a great mainstream film to showcase all the different aspects of what makes him a strong performer. 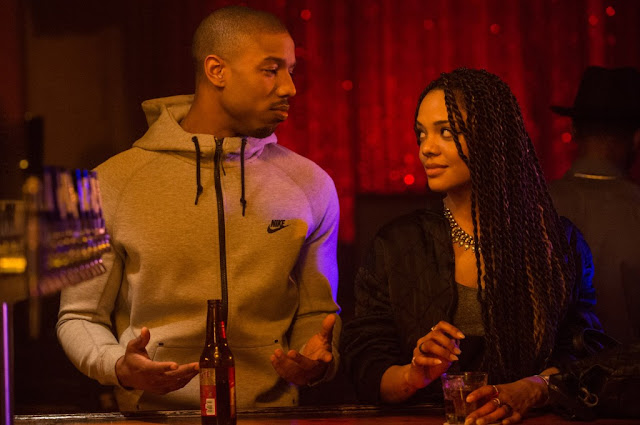 Things only get better as the rest of the cast gets involved. I was not sure how much of a presence Rocky would have going in, but he is used plenty in this film and it feels right. There are only a handful of scenes that do not directly involve Adonis, but those moments are mainly spent with Rocky and Stallone continues to know what makes that character endearing. For an aging action star who does not get nearly enough credit for the work he puts into his performances, Creed is certainly a great way to remind people of what Stallone is capable of.

There is also nice work from Tessa Thompson as Bianca, a singer that serves as the Adrian of this story. It may be the requisite female character role, but Thompson hardly feels like a disposable love interest, as she and Jordan have solid chemistry together and the melodrama is kept at a minimum. Phylicia Rashad effectively steps in for a few scenes as Adonis’ mother and we even get a small The Wire reunion with Wood Harris getting some screen time as well.

All these familiar faces play well in this fairly low-key story about determination and living up to a legacy, but Coogler puts his all into the direction, which is just what you need in an underdog boxing story. Mixing a level of grit with the stylistic kicks fitting of a modern film that has its share of action, Creed looks great. Coogler, cinematographer Maryse Alberti and the rest of the crew stage some clever sequences when it comes to the fighting, as we see some impressive long takes to capture the action. Of course, we also get the classic montage scenes and they are just as fun as they ever were. 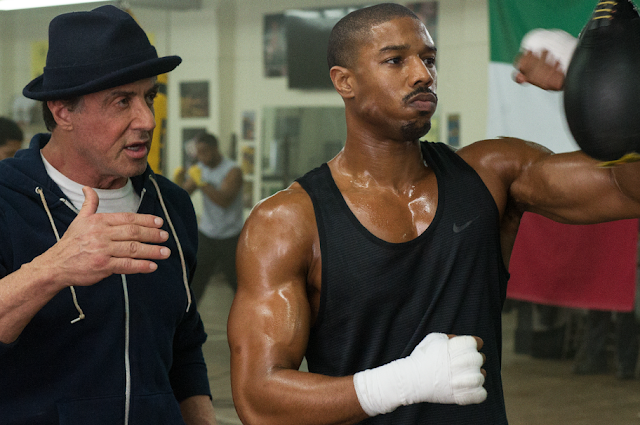 Riffing a bit on Bill Conti, while throwing in elements that work well for Adonis, composer Ludwig Goransson does impressive work to find the right beats to keep us completely invested in how things will turn out. Really though, there was never as much concern with the results of the actual boxing matches as there was with what I got out of these characters going through them.

Creed is dramatic in all the right ways to have me completely invested in Adonis and Rocky and everything going on around them. There are some plot turns that are not exactly unpredictable, but handled in a ways that are wholly appropriate. You can only do so much with a boxing story these days (this year’s Southpaw plays like a greatest hits reel of many other boxing movies), but much like the best Rocky movies, Creed finds a way to make its big emotional beats work and play against the odds to come together as rousing entertainment.

That’s really what Creed is – a great piece of entertainment. The performances are assured, the filmmaking is well-handled and the heart is clearly in it. Story-wise, it may be easy to see where things may go, but there is a sort of natural way everything unfolds and the payoffs are all well worth it. If ever there was a way to make a sorta-sequel to a series that has exhausted many ideas, Creed found the key to what works and put some terrific talent to good use. This film scores a knockout victory. 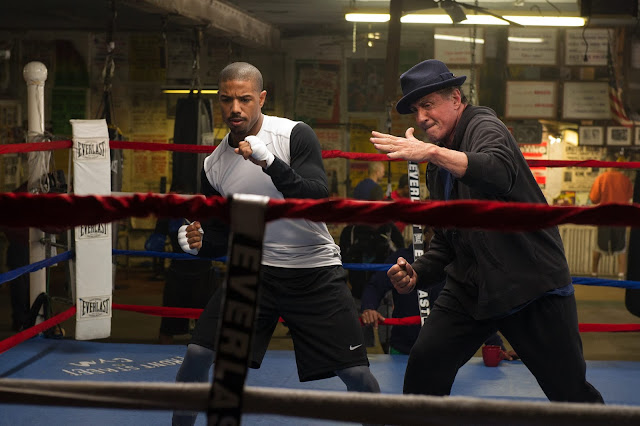 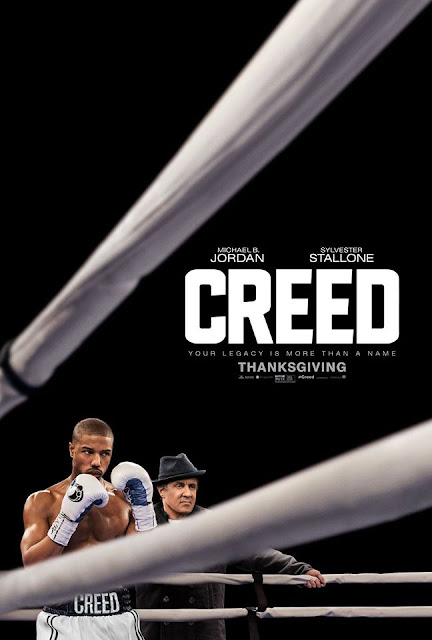