‘Sicario’ Successfully Rides The Border Of Intense And Mesmerizing 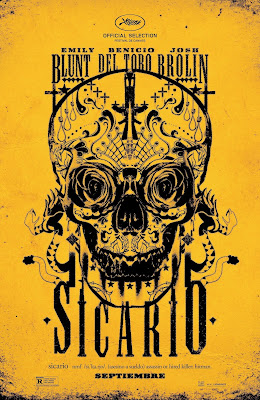 After watching Sicario, I definitely know I am in the Denis Villenueve club and need to seek out his past films, including the Oscar-nominated Incendies as soon as I can. After enjoying the look of Prisoners and being truly wowed by Enemy, Villeneuve has done enough to have me excited for whatever he may up to. Sicario is a terrific gritty crime film that fits right with what I would hope he can accomplish and if a Blade Runner sequel is truly what he may have next, then I can at least hope for the best from a stylistic standpoint. 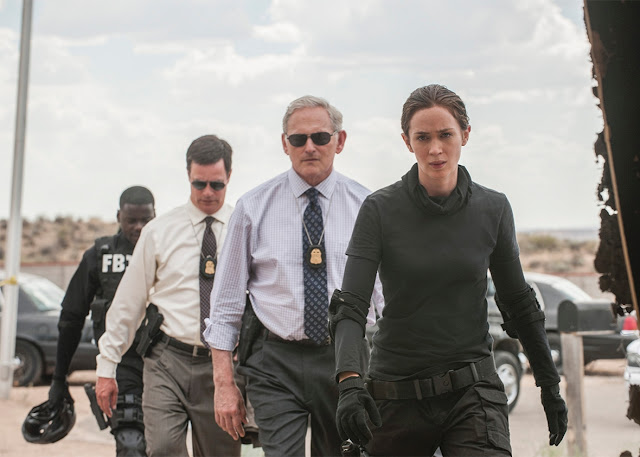 Sicario involves an FBI agent (Emily Blunt) being recruited by a government task force to fight in the war on drugs, specifically involving the U.S./Mexico border and a mysterious drug lord. That’s the basic nuts and bolts, but more important is the way the film uses Blunt as our gateway character that dives into this intense world, given some light thanks to the two key characters we also follow.
Josh Brolin is featured as Matt Graver, the government official that recruited Blunt’s Kate Macer and keeps an easy-going demeanor, despite being involved in some rough missions. Benicio Del Toro is as great as always in the role of Alejandro, a mysterious character who is so badass he may actually live in the shadows.

While not a film that really wants to push an agenda, Sicario certain does a fine job of presenting the other side of what some may have thought Steven Soderbergh’s Traffic was trying to accomplish back in 2000. Now that is a terrific film, but the weight was certainly on the characters and not to magically bring about sudden change for the better involving the war against drugs. Sicario is a film that has not only accepted that this war is ongoing, it features characters who are deep inside of it, with little suggesting they see a light at the end of the tunnel in regards to it. 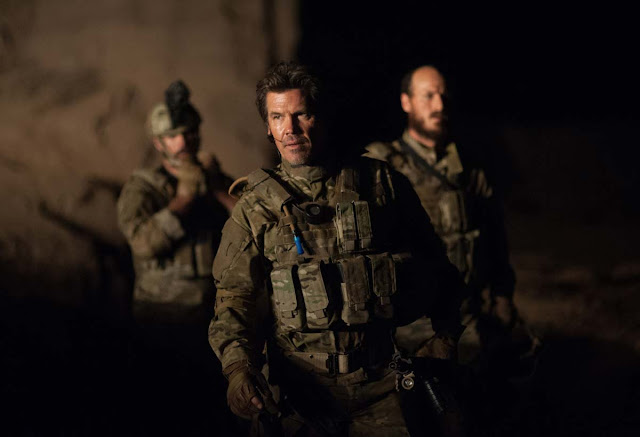 This is a film that is incredibly matter of fact in the way it finds characters addressing a situation and dealing with the fallout of the events they get caught up in. It is often very tense, with a sense of scope that is wonderfully communicated thanks to impeccable cinematography by Roger Deakins, not to mention a continual sense of dread thanks to Johann Johannsson’s score.

Taylor Sheridan, better known as a character actor, provides his first screenplay with this film and while it can be said to lack in the way of truly deep characterization, there is plenty here to suggest we get all we really need to know about these people and should be happier relishing in the display of process and how events unfold. This is fortunately where Villeneuve comes into play greatly, as he is a proven visionary in the world of focusing the audience in on the details that matter.

Few filmmakers can make a film like this with the deliberate pacing of something that would generally be found in an arthouse theater and develop an action thriller that will keep you invested. That is not to say everyone will be on board with the dark mood and grisly nature of the subject matter presented, but Sicario does its job in not backing down from what it sets out to do, while also serving as a film that has earned a wide release. 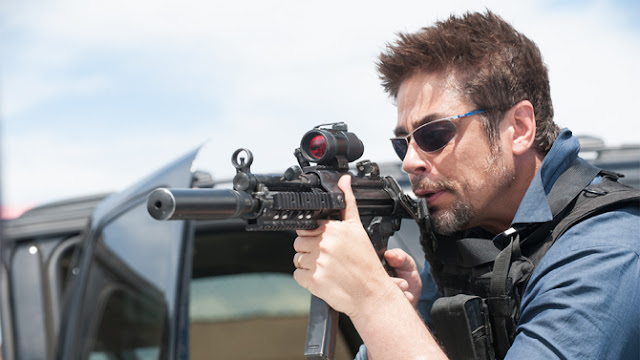 To break it down a bit further, Sicario truly gets a lot out of its actors. While the script does not quite have the fun that something like No Country For Old Men can accomplish thanks to the quirky wit amidst the thrills that the Coens and Cormac McCarthy are able to deploy, three stellar leads and a team of character actors add what is necessary. While Brolin gets to have his fun, it is Blunt and Del Toro who nail their parts. There are some key (and very tense) sequences that showcase why, but even when the film deals with more conventional elements, you can count on the commitment of both actors to really sell it.

If you are seeking out a dark thriller of simply want to watch a movie with an obscure title, Sicario is the kind of well-acted, well-made thriller that combines elements found in both an action movie and an arthouse drama. Thanks to the way Villeneuve weaves his sensibilities with some more commercial elements, there is plenty to praise in the final product. Plus, Benicio Del Toro is just a beast here and it’s awesome. 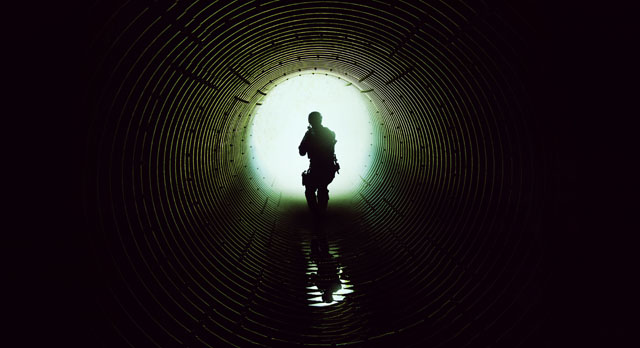