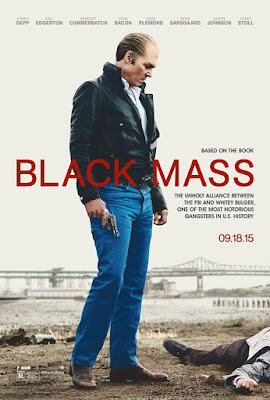 Whether or not you have tired of Johnny Depp’s work as a zany showman fitted with accents and costumes, the guy certainly puts in the work. A film like Black Mass is really no different, other than the fact that the zaniness has been taken down a dark path and the funny costumes now come in the form of distracting contacts and a thick Boston accent. Sadly, there really isn’t much more to the movie as a whole, which is a shame given the terrific supporting cast and a story that seems interesting on paper. 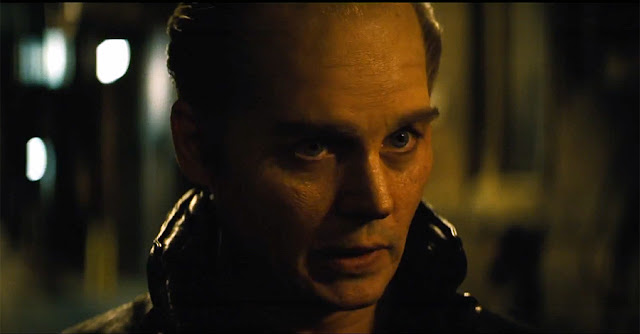 Depp stars as Irish mobster James “Whitey” Bulger, in a film that depicts his life during the late 70s and early 80s. This was during the time Whitey served as an FBI informant thanks to Agent John Connolly (Joel Edgerton), who grew up with Whitey and his brother Billy (Benedict Cumberbatch). This allowed Whitey to aid the FBI in a way that had them taking down the rival mobster families, while he solidified his standing in Boston, as leader of the Winter Hill Gang.

The cast also features Jesse Plemons, Rory Cochrane and W. Earl Brown as close confidants of Whitey’s. Then you have Kevin Bacon, Corey Stoll, David Harbour and Adam Scott as various members of the FBI. Rounding things out, Dakota Johnson and Julianne Nicholson find themselves in the requisite female character roles. It is a large cast and they all certainly do their part.

Scott Cooper directs Black Mass and following Crazy Heart and Out of the Furnace, he certainly does seem like an actor’s director. The performances are never larger-than-life, which includes Depp and enough is given to the actor when it comes to emoting and reacting. This is especially important in a film that is heavy on accents. If only the story were presented in a more interesting or entertaining fashion. 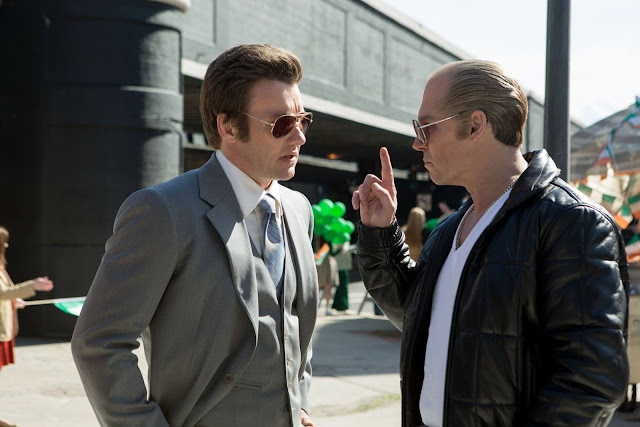 A film like Black Mass is obviously going to be compared to other popular mobster movies such as Goodfellas and The Departed. Seeing the poster alone gives you the impression that this will be the Johnny Depp show and all the talented actors will do what they can to help bring you into the world that separates this film from the others.

Frustratingly enough though, Black Mass feels too much like a film that wants to have some memorable moments like the films mentioned, but also sticks with the facts enough to reveal a tale that is fairly familiar. We’ve seen plenty of stories of a prominent crime boss that acts incredibly violent in various instances and is surrounded by loyal men and authorities that want to bring him down. Because of this, the film plays out in a fairly unremarkable fashion.

Depp is the key component here and his performance is strong. At the same time, however, we never really learn what makes Whitey tick. Sure, we get some backstory and see events in his life, but there is not much insight into what drove this man. We get that he holds onto a street code of sorts and can be incredibly violent, especially towards those who disrespect and betray him, but that’s really all there is to the character seen in this film. 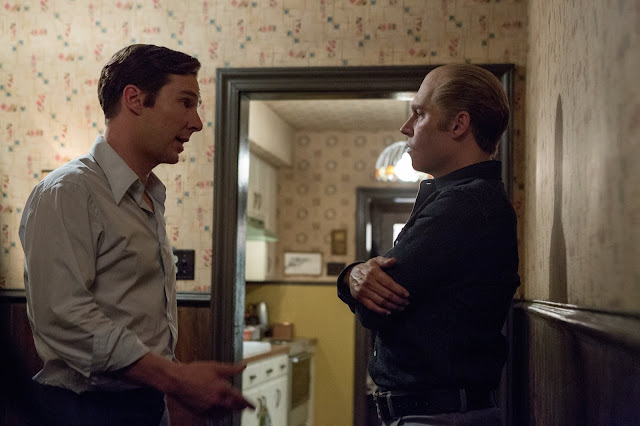 If anything, Joel Edgerton becomes the more interesting character to watch, along with most of the scenes involving the FBI, as it at least provides an outside perspective on the stuff we have seen many times before. That said, Jesse Plemons serving as a fly on the wall of Whitey’s operation could have been a more effective way for this film to go, were it to feature him as the character we followed throughout.

Narrative issues aside, the film looks great. The period is captured as well, which tends to happen in these sorts of films and the production as a whole is a handsome one. There may be something to be said about Depp being the only actor that looks distracting, while every other actor looks like themselves, but it is not enough to remark negatively upon the film even further.

It is a shame that this film is not better, as several sequences do stand out and the cast is great. The idea that Depp needed a film like this may make sense for some, but I really haven’t tired of him taking on character roles that interest him. Really, there was no reason not to expect a good performance from Depp, it is a just shame this film offers so little. Black Mass is not an exceptional gangster film, nor is it a poorly done one, just familiar in a way that takes away from what could be a more entertaining picture. 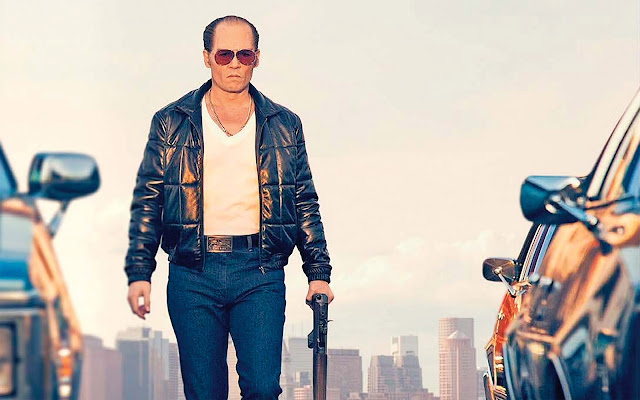