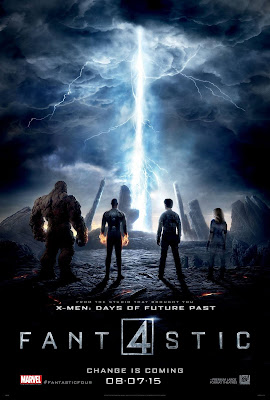 The thing to keep in mind about Fantastic Four is that I am judging the movie as a whole. This is the movie that the studio decided was best for theatrical release, no matter what transpired before its release and that is what I must critique. It is irritating to have to start this way, but few movies are treated with such disdain before they ever arrive in theaters. At the end of the day, Fantastic Four is just a movie. It is not one that I have any personal investment in, beyond wanting to see a good film, so while it is ultimately a bad movie, it is not the end of the world and certainly not on par with the world-ending approach Doctor Doom tries for.

Following an auspicious debut with Chronicle, director Josh Trank was teamed up with writers Jeremy Slater and Simon Kinberg to develop a Fantastic Four movie. Rather than present the same cookie-cutter origin story, complete with flashy colors and everything else associated with the traditional original stories in superhero films that are a dime a dozen, Trank went for a different approach. This does not take away from what Marvel Studios and the others have to offer, but a unique voice is always welcome. 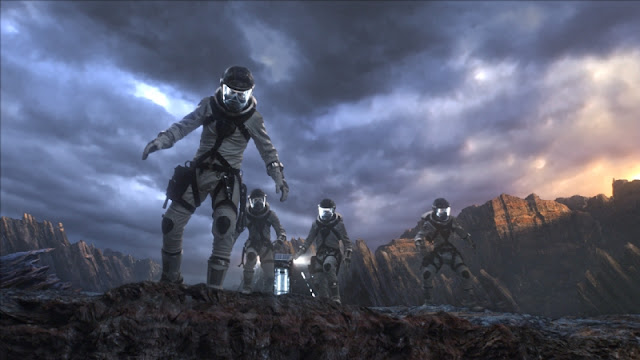 It would be great to say it all panned out. Trank and his team initially seemed to be going for a mix of hard sci-fi and body horror that really delves into what it means to be a group of budding scientists who make a discover and have it literally blow up in their face. This may have meant not strictly adhering to the apparent scripture that are the pages of a comic book (gasp!), but at least we could see a wholly original approach to a popular property that already has a couple films that did take the more generic route.

This was not how things panned out, which I have already alluded to. Fantastic Four is not a very good film. It is one that has a lot of good ideas that stem from its first half, only to take on a much more traditional narrative that is poorly handled and reeks of studio tinkering. Again, this does not make one party blameless, while another deserves of all the hate, but from what was seen, it is clear that a different film exists in here somewhere.

While perhaps not the perfect comic book property deserving of a completely different tone, this film separates itself from its family friendly novelty by being a more grounded take on its subject. Reed Richards (Miles Teller) is a child prodigy discovered in high school by Professor Storm (the intense and gravelly voiced Reg E. Cathey). Richards is taken to the Baxter Foundation, where he will have the opportunity to work on a teleportation device along with Storm’s children Sue (Kate Mara) and Johnny (Michael B. Jordan). There is also the eccentric Victor Von Doom (Toby Kebbell), who has begrudgingly agreed to be a part of this project. 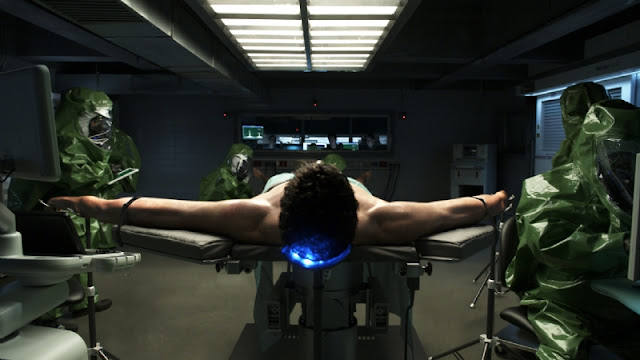 The movie practically treats him as an afterthought, but Jaimie Bell comes along for the ride as Ben Grimm, Reed’s best friend since childhood, and with that it is away we go. From there, you get the basic beats necessary. Experiments work, human testing goes disastrously wrong, and suddenly our heroes all have amazing abilities. Unfortunately, the movie goes disastrously wrong at this point as well. While more contemplative and dour than the average superhero film, it did seem as if the first half was attempting to build a character-focused universe, allowing us to care when all these people were struck with change. Once that change occurs though, we lose almost all of that.

This Fantastic Four is a very claustrophobic film and that eventually takes everything away from the sense of discovery that comes with a film treating science like something cool, but relatable for us in the audience following along with some kids that are into this stuff. Once everyone is given superpowers, the film finds itself in a huge rush to go nowhere all that interesting, but makes sure to have a super-powered battle in the middle of a CG environment in an effort to stop one of those traditional giant blue beams from destroying our planet. Say what you will about the film’s initial attempts to stray from the comic (it is heavily inspired by the Ultimate series by the way), but sticking with what has been seen in so many other superhero films did far more damage.

Neat and compelling ideas are seen here and there. The most intriguing material came in the direct aftermath of everyone changing into their super powered selves. There is no moment akin to Tony Stark realizing he can fly and smirking away. Instead, these characters and those around them are traumatized by what they are seeing. Being constantly on fire and moving in and out of the visible spectrum, let alone turning into a giant rock monster, are not the greatest gifts when first taking that all in. 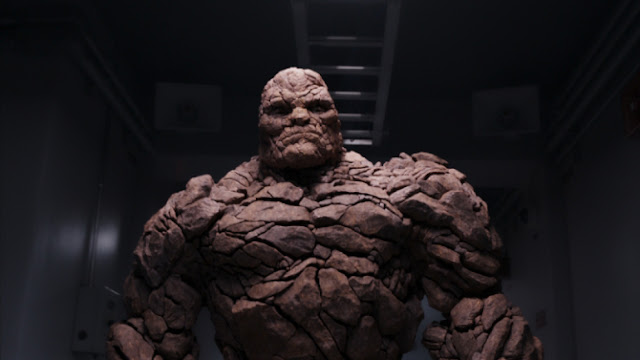 Other elements that work include some of the monologues heard by Cathey and Kebbell. The two have characters to play, complete with ideas in their minds that come through clearly in the early parts of the film, before all hell breaks loose and consistency is lost. There is also nothing poor to say about the core cast, beyond the fact that they do not get enough breakout moments to really allow them to shine.

There is one other aspect to point to in a semi-positive way and it is the film’s intensity. While the film wavers in its tone once we arrive in that dastardly second act that attempts to undo all the good that was slowly building, the repercussions in some of the close quarter areas were handled quite nicely. Getting to see an enraged Doctor Doom blow up some heads was a good taste of just how wicked the character could be, if we had a film that really committed to personal conflicts, rather than world-ending ones.

Putting the defenses down, the film is ultimately bad and that comes from some pretty standard reasons already explained in various ways. The giant third act action sequence feels like it comes out of a different movie and is both thematically and visually bland. There is not enough work done to build these characters into the super team that we would ideally want to see be together and blowing a bunch of stuff up does not make it better. Lastly, the film’s incredibly dour tone does not help in any real way, when it comes to showing us a movie about a group that eventually decides to name themselves the Fantastic Four. 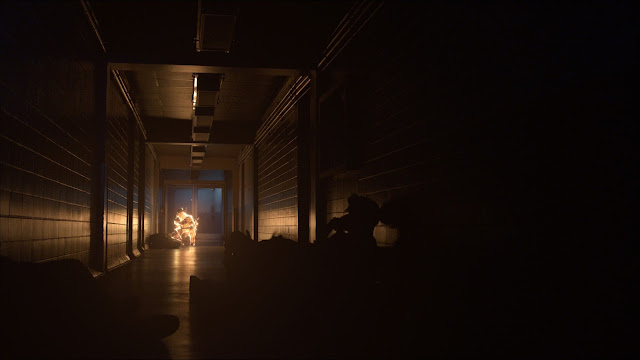 A noble experiment was attempted to bring something new to the table with this film. A director whose previous hit film received acclaim for thinking outside the box was hired to ideally tackle this film with more outside of the box ideas. Whatever happened, the true vision of that film was likely not seen and the one that now exists is not good either. The results are a film that trades in ambition for mediocrity and makes it worse by handling the familiar stuff poorly. I would have loved to be a supporter of a film if it was a misguided effort that fell short by just a few steps, but Fantastic Four misses far too many marks, regardless of who was at the helm. 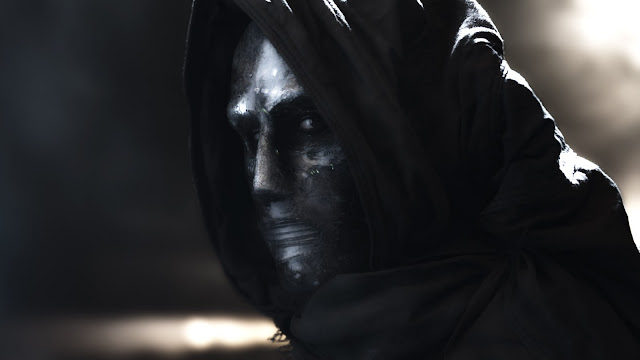