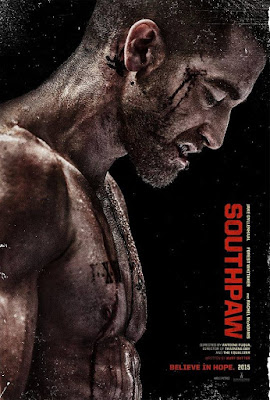 There are only so many places to go with a boxing film these days. We’ve seen countless versions of stories about underdogs, champs and former champs, let alone what happens behind the scenes with their families, promoters and protégés. ‘Southpaw’ is the sort of film that has taken plenty of notes on what has worked best and attempts to become its own dramatic tale of taking a beating and getting back up again. That is all well and good and so is the key performance from Jake Gyllenhaal, but the movie takes a lot of time making sure you get beat up while watching. 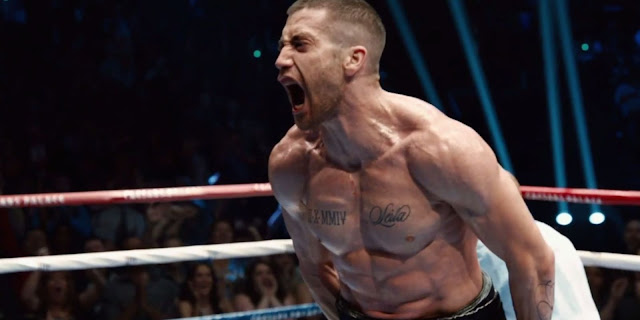 Gyllenhaal stars as Billy Hope, the undefeated light heavyweight champion of the world. As the film begins, Hope has everything he seemingly needs in life. He has a devoted wife (Rachel McAdams), a little girl (Oona Laurence) and a huge mansion. Following his latest bout, an encounter with another fighter ends up costing Hope everything. Hope eventually finds himself going back to the beginning and training with an inner-city boxing coach (Forest Whitaker) in an effort to put himself back together again.

The trailers for this film give away a lot of big moments from early on in the film and while I will not spoil them here, I will say they are just the first of many, which is part of what hurts this film. ‘Southpaw’ does not hold back in laying on the drama. So many things ranging from unfortunate to terrible happen to Billy Hope that it is amazing that this film even finds a few handholds for us to help climb up on. This is the first theatrical script by Kurt Sutter, best known as the creator of ‘Sons of Anarchy’, and it feels like there were a lot of attempts really lay on the drama thick in an attempt to make this film feel grittier. Instead, it just feels far too heavy. 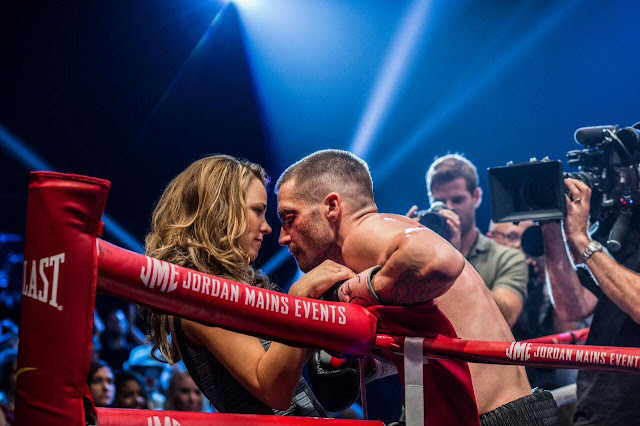 This is a boxing movie, so one does expect to see varying levels of drama. It helps that the performances are strong all around. Gyllenhaal can do no wrong lately, as far as I can tell, so it is no surprise to see him not only go to the lengths he needs to physically, but dramatically as well. Billy Hope is not the greatest guy in the world, but he is certainly well-intentioned, with an implied past that helps you to understand where his anger and attitude comes from. Whatever other subplots come into play, this is Billy’s story and he is a compelling character.

Whitaker is great as usual too. He imbues his character with a sense of understanding fitting for the kind of coach that he is. Supporting work from McAdams and Naomi Harris is fine as well. Young Oona Laurence as Billy’s daughter deserves some notice, as she has to go toe-to-toe with Gyllenhaal, but she sells what is required of her, without coming off as a child actor too wise for her years. 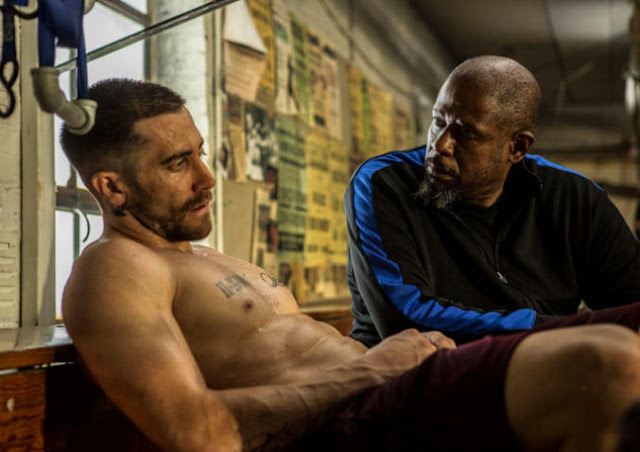 Antoine Fuqua brings his style to the proceedings, which basically means the film is unapologetic in the way it commits to the environment Billy lives in. There is a lot of language and attitudes. The boxing scenes are bloody. There is a lot of lingering on the drama that takes place. This is a film for adults and it does not pretend to be anything else.

With that in mind, Fuqua does bring along one of the same problems he tends to have in his films, length and pacing issues. ‘Southpaw’ feels like a long film. So did ‘The Equalizer’, ‘Shooter’, ‘Brooklyn’s Finest’ and even ‘Training Day’. It is great to see a film take a breath and allow room for more character work, but it lingers too much on a lot of the same material, while strangely letting certain story angles completely disappear. 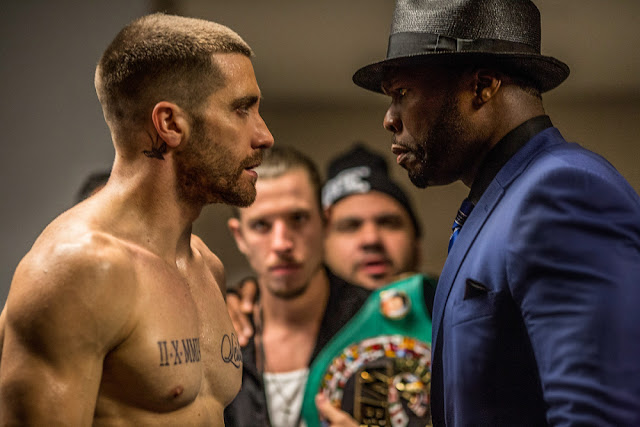 From an action standpoint, the film is fine in the way it portrays boxing and the training sequences. Because the film is so heavy-handed with the drama, it does not quite land the same impact in the way other, more successful, boxing films have, but the scenes are shot well enough. The same can be said for a lot of the other filmmaking elements that provide a sense of style to what we are seeing. Given the bombastic nature of ‘Equalizer’ and ‘Olympus Has Fallen’, it is actually nice to see Fuqua deliver something more grounded again.

‘Southpaw’ is not without its problems and it lays on the drama very thick, but it is still a very watchable film. Thanks to Gyllenhaal and Whitaker, this is a movie that is compelling enough based on the great actors doing what they do best. Additionally, boxing stories generally make for good drama, it is just a shame the filmmakers thought it needed so much drama to be unique. Instead, it merely plays out like a film hitting plenty of the standard clichés, pushed to the max. That does not ruin the film, but it does hold it back from being a leaner and slightly less meaner boxing movie machine that hits every moment just right. 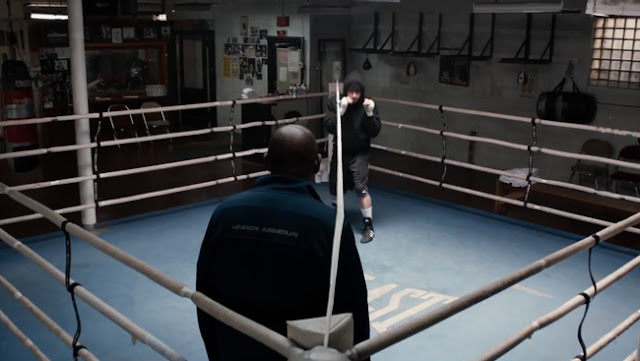