I really enjoy putting my reviews together.  I honestly wish I could delve deeper into certain movies, but alas, I get incredibly busy and can sometimes only deal with movies to a briefer extent than I would prefer.  This is why I write these occasional "Brief Thoughts" posts on movies I have seen, as I want to at least offer some of my own perspective on them.  They may not be as polished, but I can at least get my opinions out there. This Brief Thoughts posts is a mini review for the reboot/sequel, 'Vacation'.

'Vacation' is a mess of a comedy that misses far more than it hits. Rather than being at the very least a decent comedy that combines the aspects that work about the original with elements that worked for recent successes like 'We're The Millers' (which felt at least partially influenced by the original), this reboot/sequel feels like the leftovers of an ungodly 3-hour cut that has minor chuckles and a lot of dull spots.

Story-wise, a clever setup that serves as some meta-fun regarding the usefulness of a film like this to begin with allows for Rusty Griswold (Ed Helms) to follow in his father's footsteps and take his family on a trip to Wally World. Right from the get-go, there are problems and disasters that follow the Griswolds at every step of their road trip vacation. 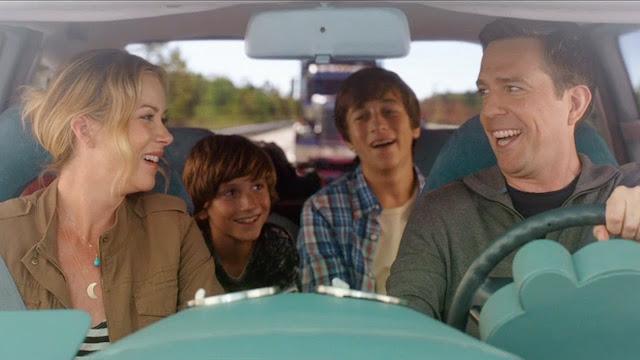 The problems start from the top, as Ed Helms feels woefully out of place. This is not a film that necessarily needs a Chevy Chase copycat, but Helms lacks the sort of spirit that makes the over-enthusiastic dad-driven to a breaking point a completely enjoyable character. He has his moments, but it just feels less than ideal. The others seem more or less appropriate, with Christina Applegate doing her best as the wife that attempts to go along with everything.

Jumping back a bit, while I can't say I have been a huge champion of the 'Vacation' series in general, I do admire the first and 'Christmas Vacation' for some classic comedy moments, which largely stem from what Chevy Chase brought to those features. Here, it is the meanness that has remained, but writers/directors Jonathan Goldstein and John Francis Daley miss the wit that supposedly aids this series. All of the jokes stem from characters inflicting pain and insults on one another and it rarely shines through as more than a gag for the sake of a gag. 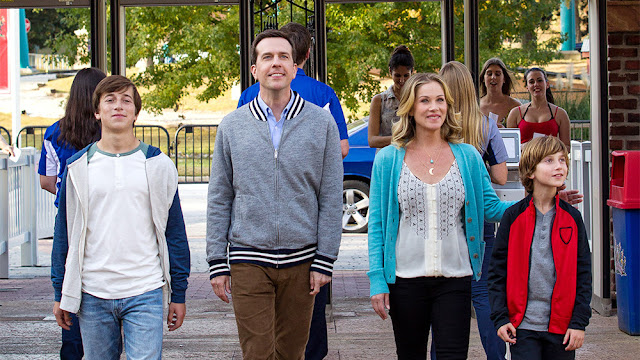 Now, it is not as if I didn't want to laugh or that the film is devoid of a sense of humor. The film has too many funny people to not find a way to arrive at any successful forms of comedy. In fact, their is one key scene involving Charlie Day that serves as a highlight of the film. It is just too bad so much of the film either falls flat or feels mishandled in terms of how to properly cut the scenes together.

What I'm left with is a film that features a lot of funny people trying very hard, but rarely succeeding. The family bonding aspect, complete with the obligatory heartfelt moments that fuel the end, mean little, and any signs of this being a franchise that needs to continue are certainly unseen in this theatrical version that is already raunchy enough to hopefully eschew the need for an 'unrated edition'.

If you need an excuse to here various versions of Lindsey Buckingham's "Holiday Road", you can maybe try and get something out of this version of 'Vacation', otherwise, just go back to the original or any number of other comedies that have also arrived this summer. 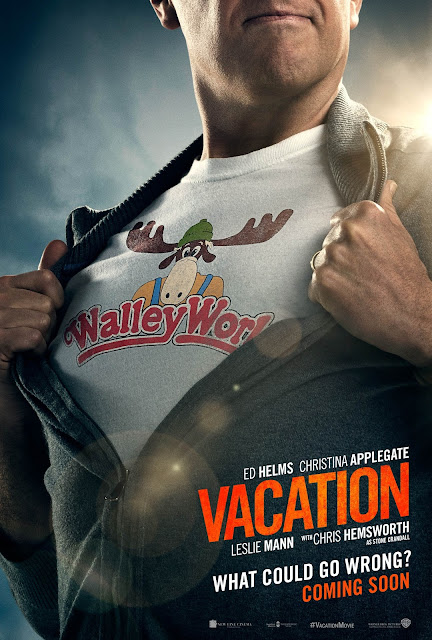